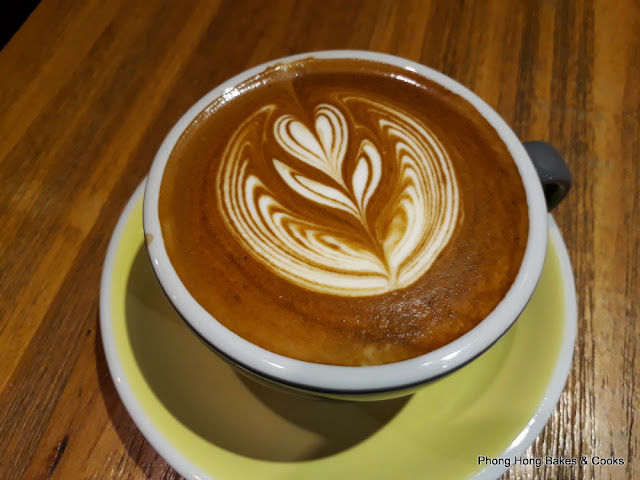 Finally, I made it to Flingstones (non-halal) after reading about it on Kris' blog back in 2015. All in all, I counted three posts on Flingstones, so Kris must like this place very much (so it must be good!).


It was a Saturday and as most of you who are acquainted with Subang Jaya know, parking here is a nightmare. 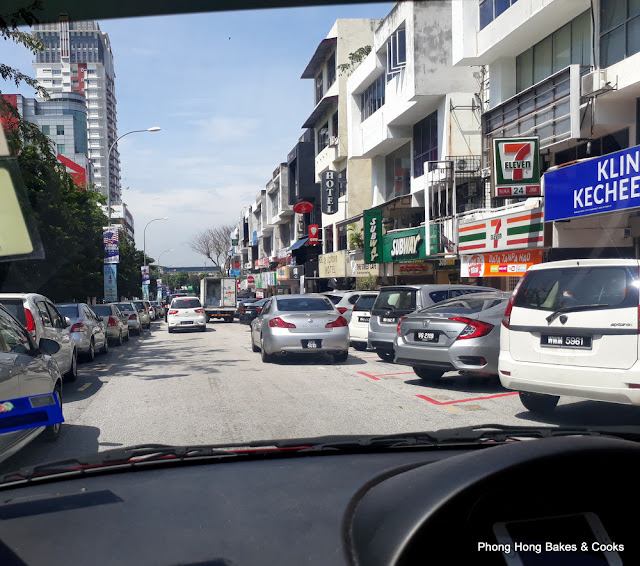 After driving two rounds, my brother spotted an open air car park at the end of the shophouse (opposite Inti College). Thank goodness.

Walking into Flingstones, I was very much reminded of Ampersand (since closed) and I love the cosy ambiance. The place is quite small and a few tables were already taken, so I could not take a snap of the interior.

I had a good idea of what I wanted to eat after googling the menu beforehand. 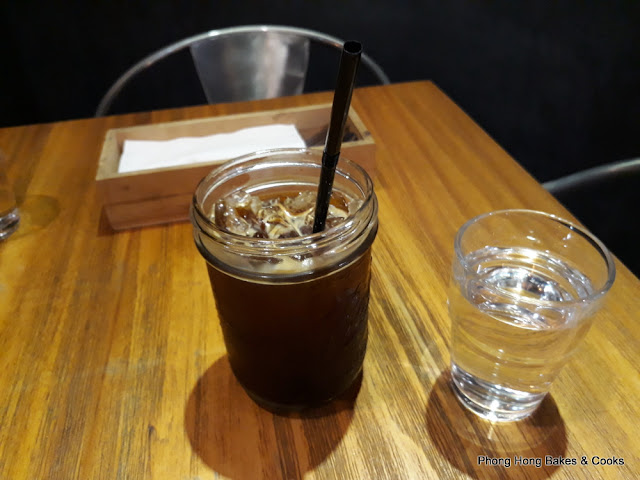 As usual, black coffee, in this case the Long Black was my drink of choice. My brother had a Latte. 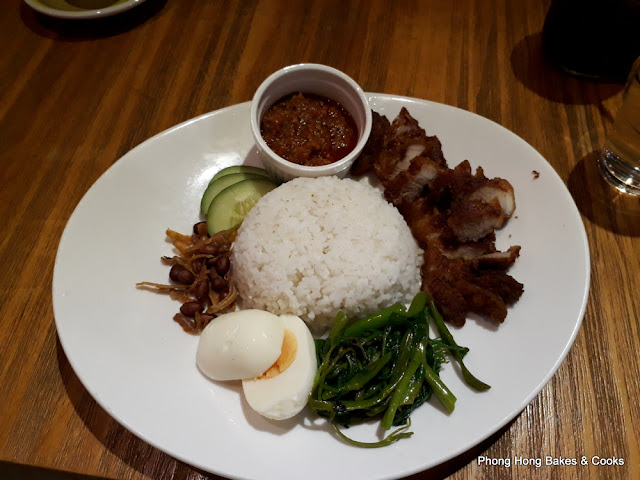 The dish that attracted me the most was the Porky Fat Rice XL. Well, obviously their interpretation of XL and mine are not the same hee..hee.. This isn't exactly XL to me but hey, am I not supposed to be on a diet? Eating smaller portions?

Since my brother and I wanted to try more than one dish, we agreed to split our orders down the middle. 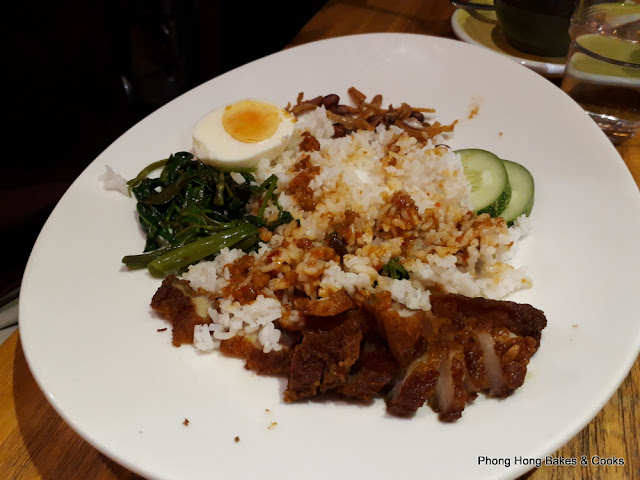 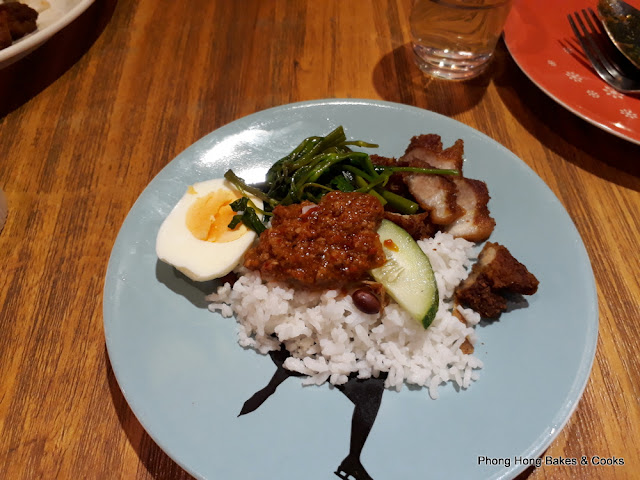 Well, the rice which is supposed to be nasi lemak, barely tasted like nasi lemak. It was more like plain rice to me. However, the very well seasoned oink oink and tasty sambal more than made up for it.

Our other order was the Chu Yao Char Angelhair pasta which did not make its appearance even after we finished our nasi lemak.

That's when I spied the table next to us (who came much later) being served what I suspected was our pasta.

So I summoned the server and reminded her about our order. The young lady went into the kitchen and came out with an apology. She admitted to making a mistake and had served our pasta to the next table instead.

I appreciated her honesty and all was forgiven. About 10 minutes later, our much awaited pasta was served. 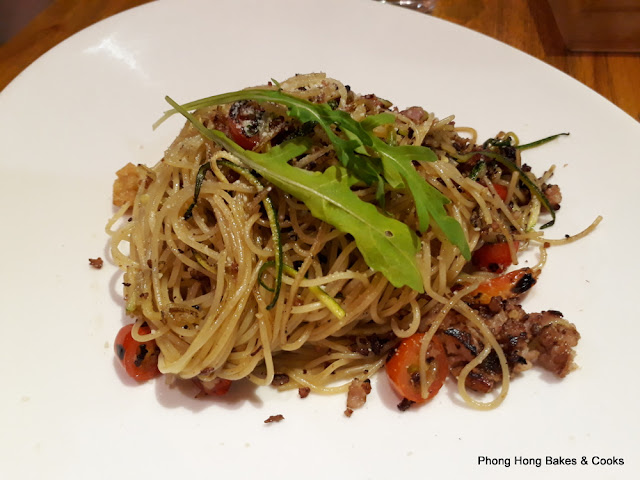 It was a very small portion and did not look as loaded as the one Kris had. Again, this was split into two. 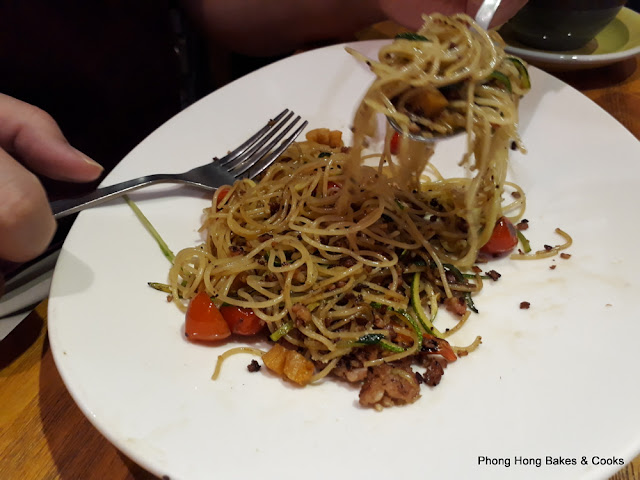 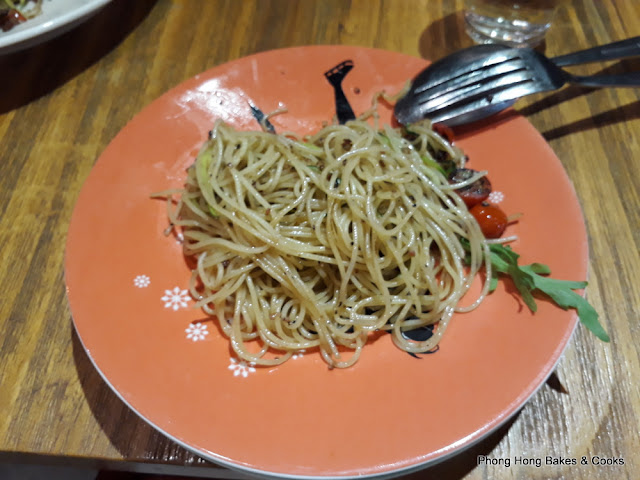 I must say that this Chu Yao Char Angelhair pasta is excellent. I loved the wok hei aroma and this is one very tasty plate of pasta.

Obviously, we still had space in our tummies. So I made a trip to the counter to order two slices of cake. 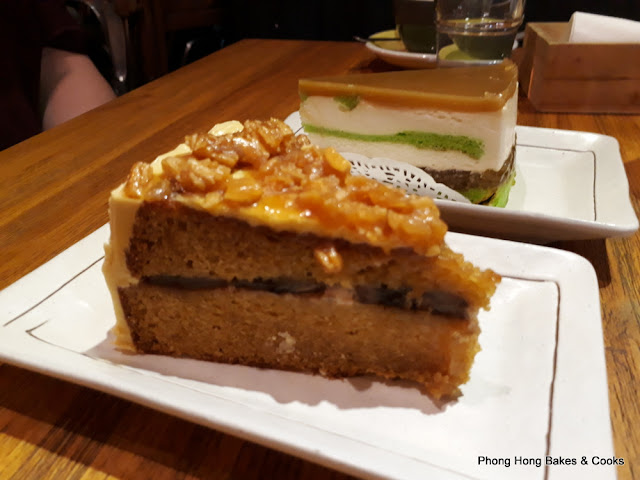 One Gula Melaka Banana Cake and one Cendol Cake.

Between the two, I preferred the Gula Melaka Banana Cake. It reminded me of pengat pisang. 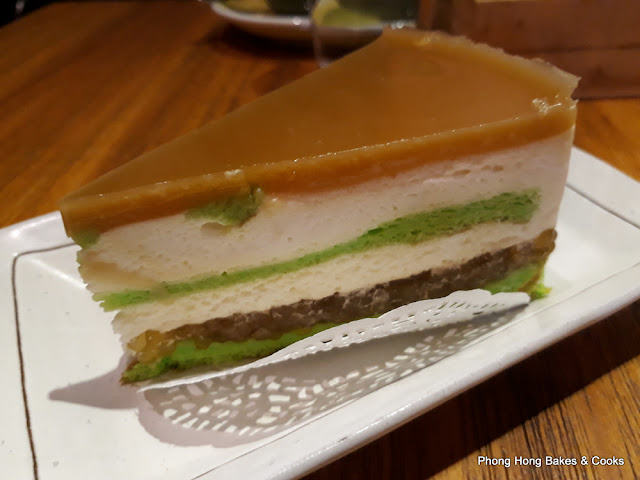 The Cendol Cake was not too bad, just that we did not like the hard layer of jelly on top.

Service here could be improved as it took 15 minutes for the cake to be served with two trips to the counter for a friendly reminder.

I reckon the service staff are inexperienced as I noted the young server attempting to plate our cakes both times when I went to check. Getting already sliced cakes onto a plate should not have taken so long.

Our meal cost RM93.00 which I felt was a bit steep considering the small portion sizes.

After the lunch, we adjourned to The Starling where my brother and I split up (as I was going back to office and he wanted to buy his stuff). That's where I chanced upon a fitness demo by CHI Fitness. 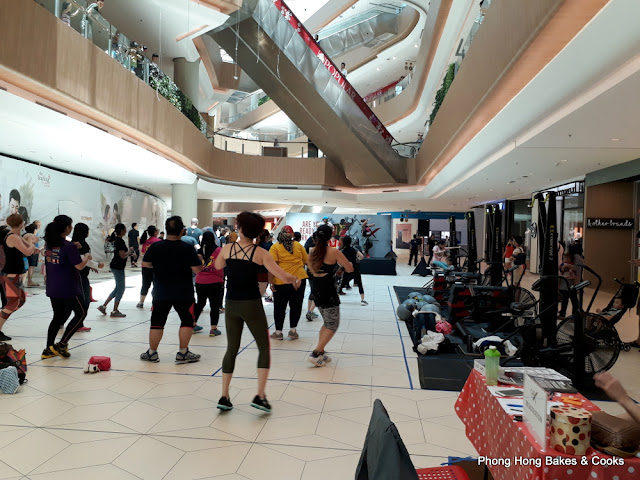 The music was very catchy. So I walked closer. 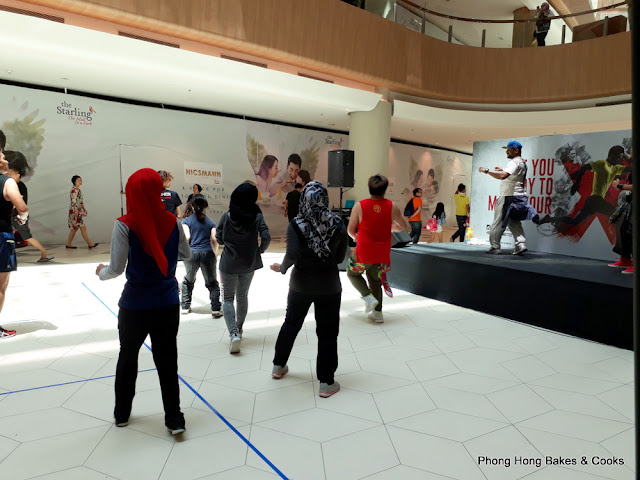 The instructors were at the front on a platform while the participants were getting into the groove on the floor. I enjoy watching other people exercise.

Honestly, just watching these people jumping up and down, I felt my lunch digesting very quickly. 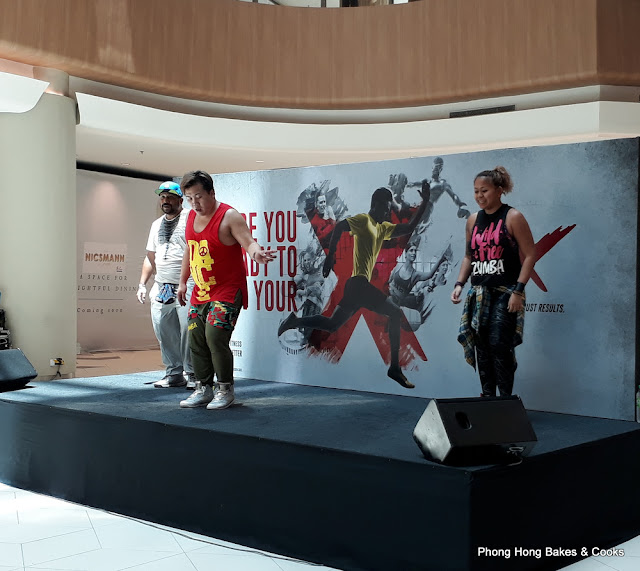 As I moved up to the front, I noted two of the instructors are about my size. How about that, eh? 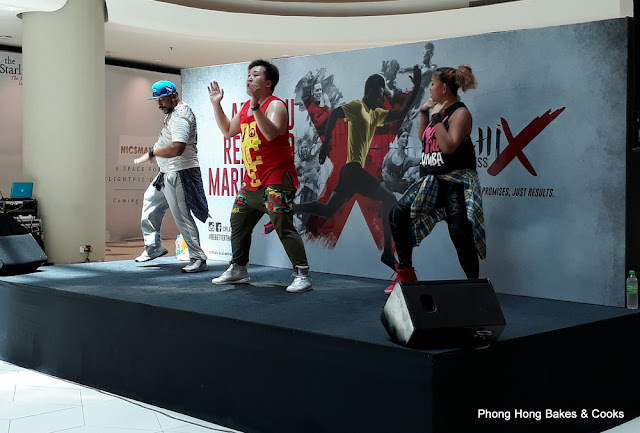 That's enough exercise for me for the day, and off I went to work.
Posted by PH at 15:17