Food Prepping Can Be So Sien 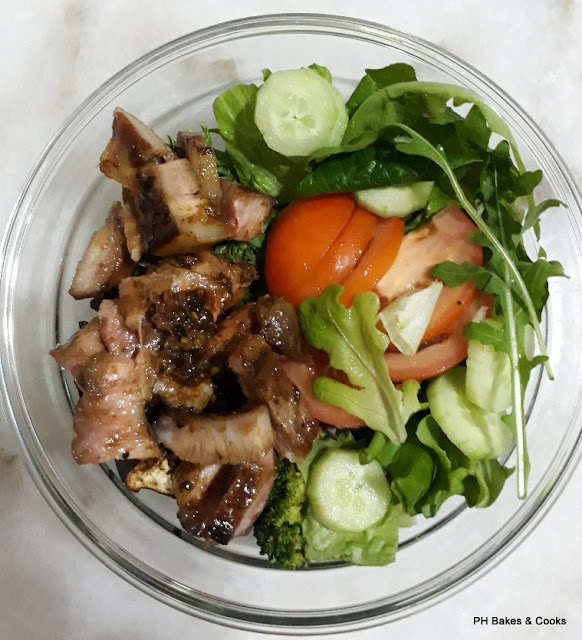 During the week I would conjure images of what I would prepare for my next week's food prep, semangat and all.
But sometimes on prep day, a heavy feeling comes over me and I want to change my mind (I want to lepak and watch Netflix instead). But I can't because I have already defrosted the protein and bought all my perishables. Haiz!
That's when I feel a small depression coming and I have to take a deep breath and calm myself down. This is the reason why I make sure that my food prep is not complicated.
I prepare the same food for four days and ensure that the components can be prepared at almost the same time - one on the stove, the other in the oven, another in the air fryer and some not requiring cooking.
That's how I rolled last Sunday. 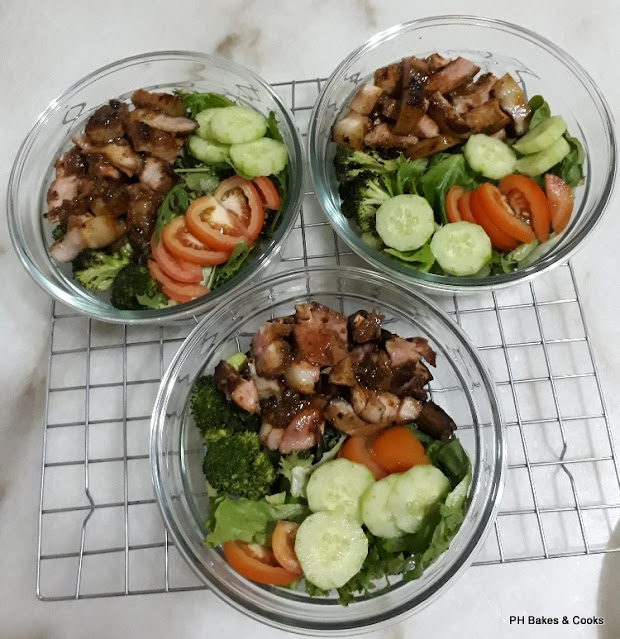 I made some sort of salad/poke bowl - pan fried oink oink for my protein, roasted broccoli (in the oven), roasted brinjals (in the air fryer) and raw veggies - pre-washed salad leaves,  sliced cucumber and tomatoes. The dressing is store bought - Kewpie Sesame Soy Sauce. 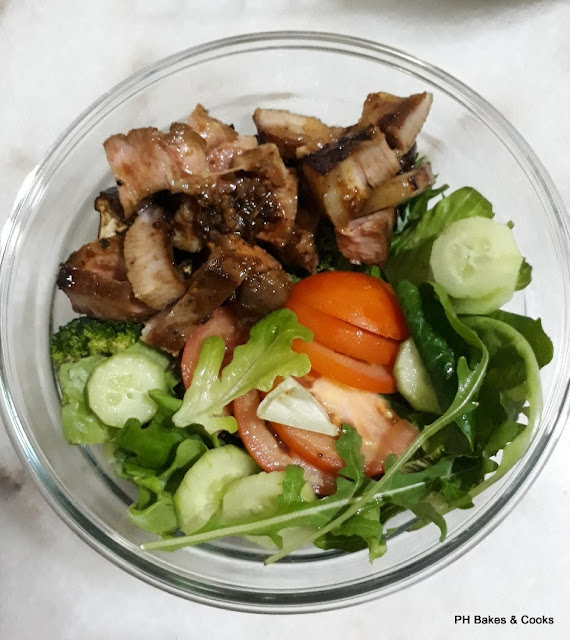 For dinner, as always very simple, one big pot of soup that can be consumed over several days. I never get tired of soup. 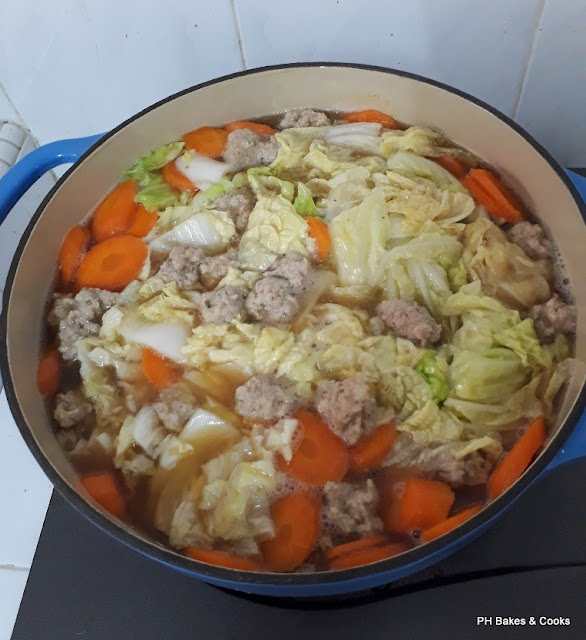 Meanwhile, elsewhere in the house, my two bodyguards were very bored. 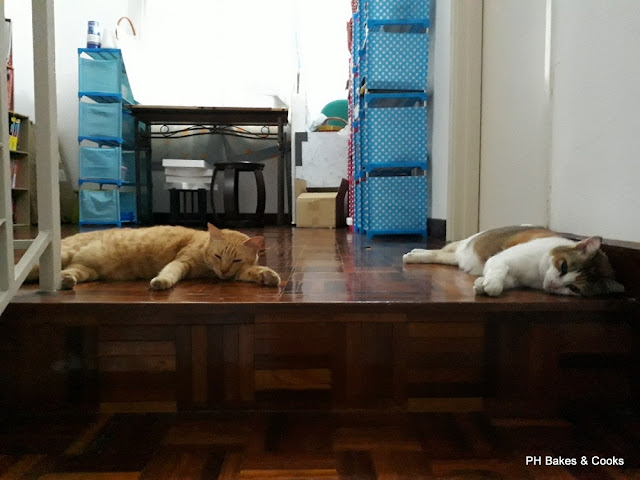 As always, they sleep on the job. 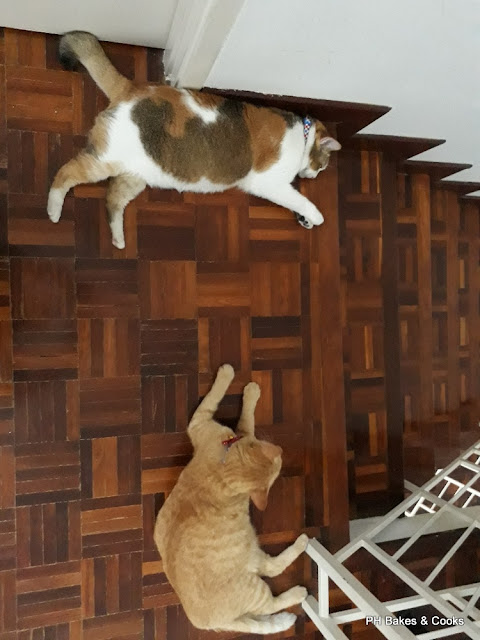 And require some form of supervision. 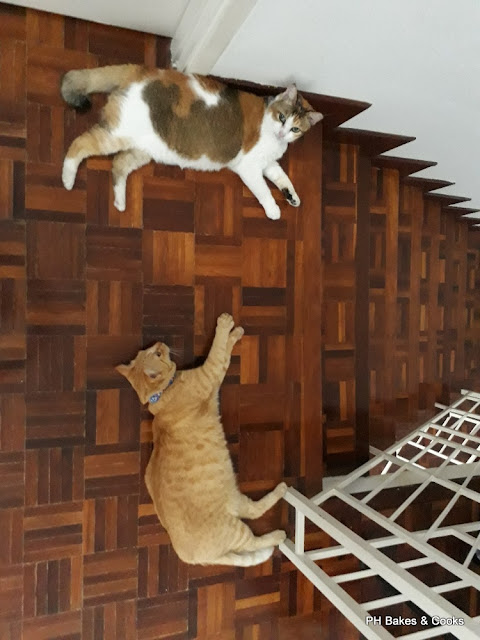 One decided that her shift was over and settled comfortably in bed. 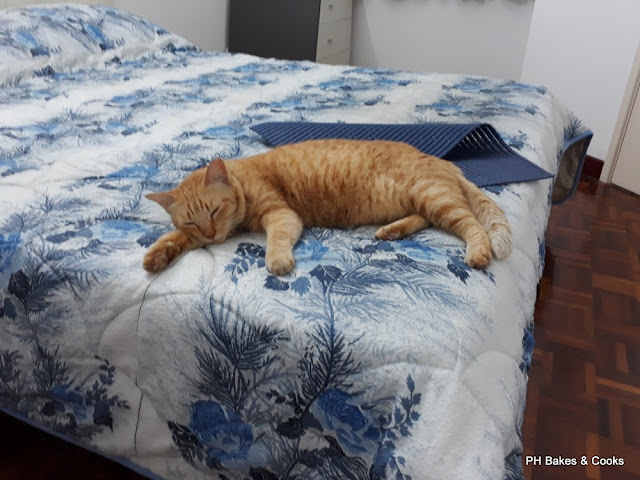 While the other simply dozed off on site, oblivious to the going ons around her. 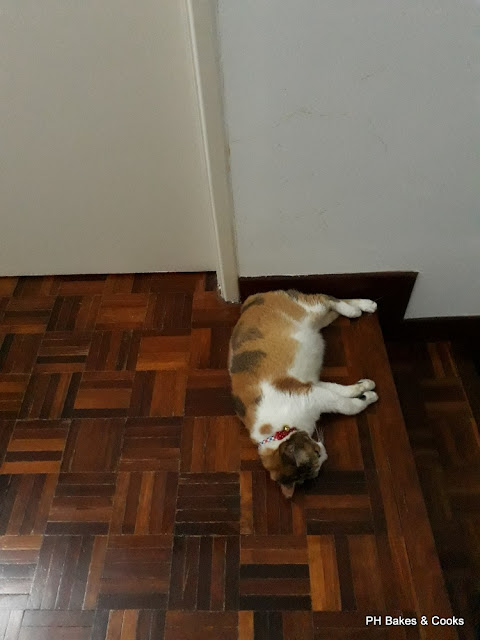 Ah well. What to do? 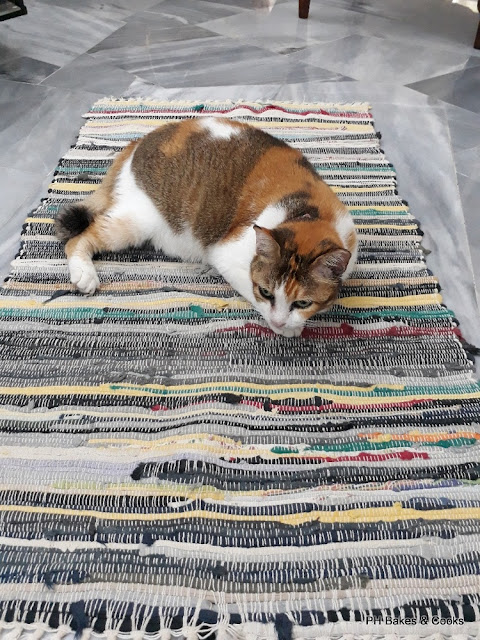 Later she left her post and settled down in the living room. 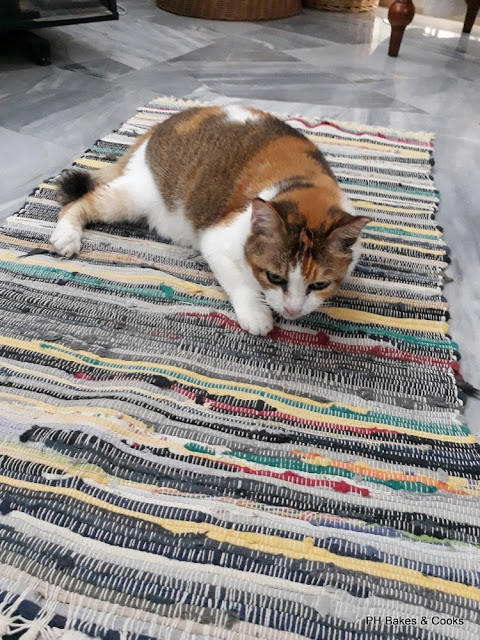 This is daddy's sendiri cooked lunch. Mee suah with chicken and vegetables. 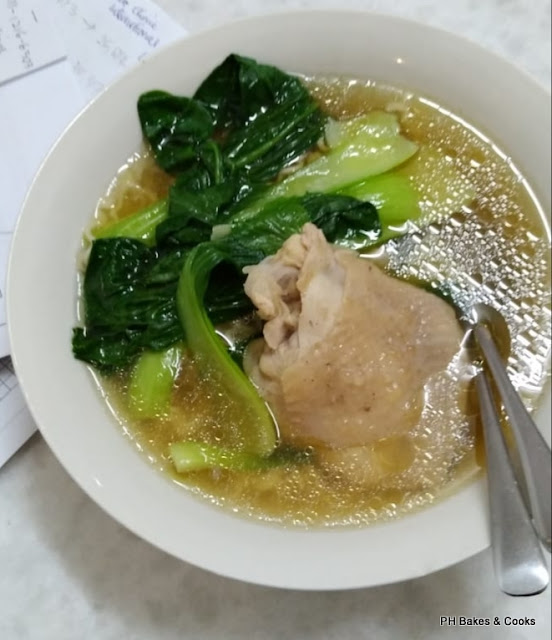 I must say that I really enjoyed my lunch today! 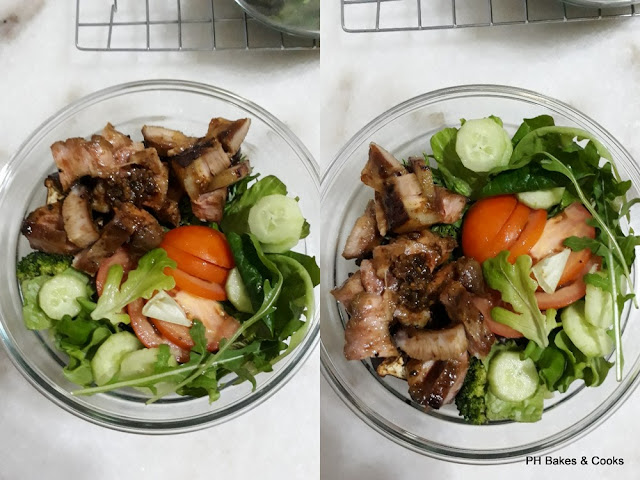