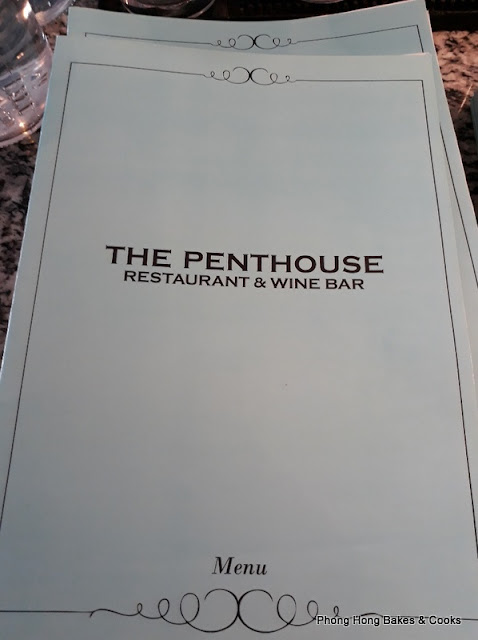 The last time my brother and I ventured out to Subang Jaya to check out at a restaurant was back in 2017 when we visited Flingstones.


Of course in 2018, we made many trips to Subang Jaya because our dad was admitted to the hospital. Dad has since recovered and is in good health.

This time we went to a mall that we have not visited in ages - Subang Parade. 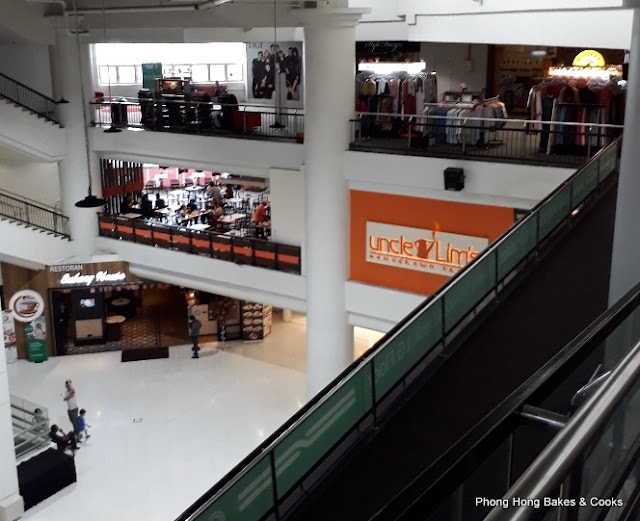 It has lost its past glory. We came for the cinema. 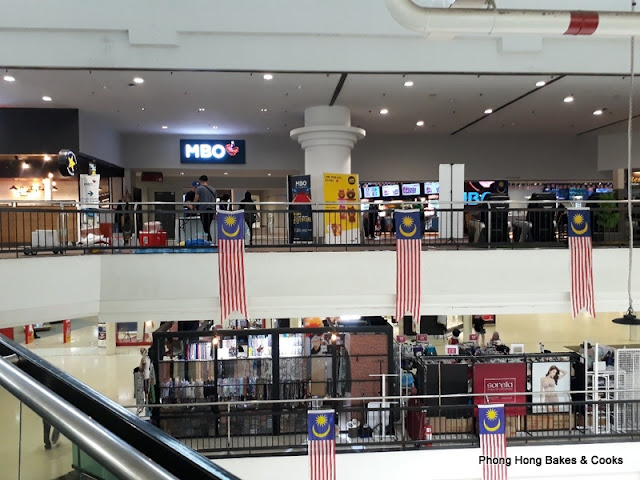 To watch this documentary since it was not showing at the MBO near us. 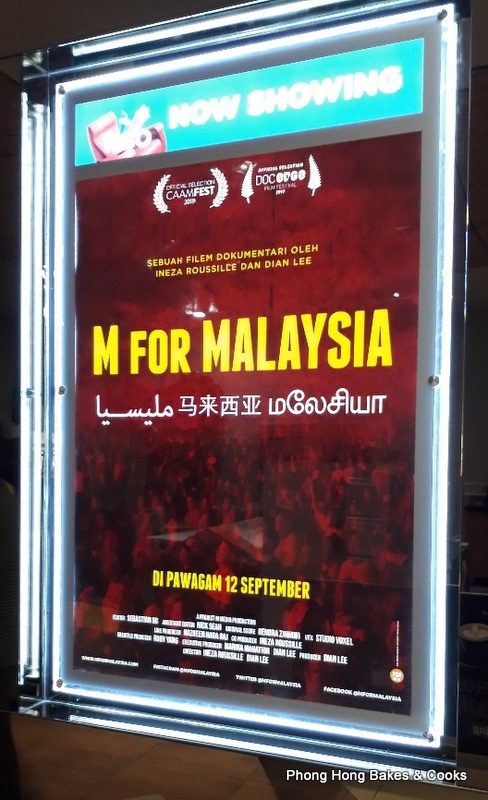 Since we were early, we adjourned to my brother's favorite coffee place. A latte just for him because I did not want to have to take a toilet break during the movie. My bladder is notorious like that. 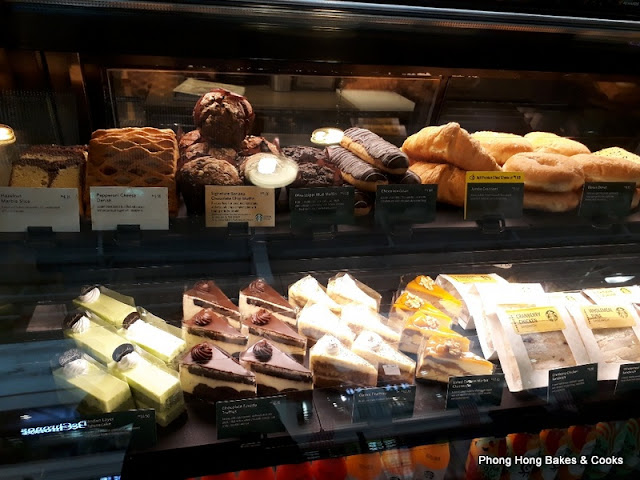 We were not tempted to eat anything as we would be having lunch later.

Soon it was time for the show. 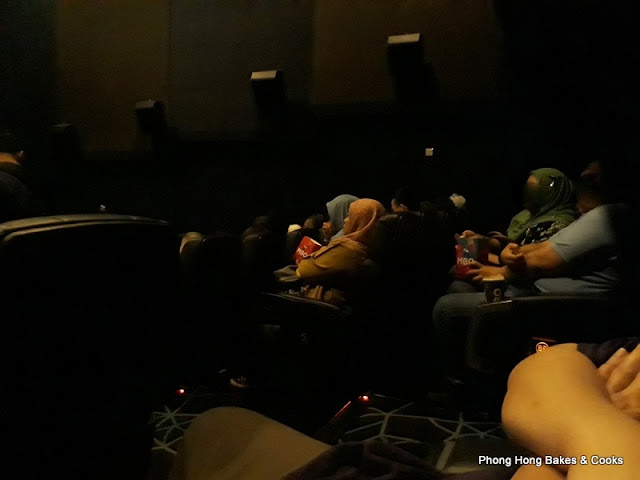 It was a good turnout. But MBO Subang Parade sucks! Our seats were squeaky and made a lot of noise when we moved. And the backrest was floppy and cannot be adjusted. We prefer sitting up straight but had no choice but to recline in discomfort (both of us suffered backache the next day).

But the documentary, which we both enjoyed immensely (and so did the other moviegoers who gave a round of applause at the end of the show), made us forget everything, even the delay in screening time.

Feeling good after the show, we made our way to a restaurant we never heard of. 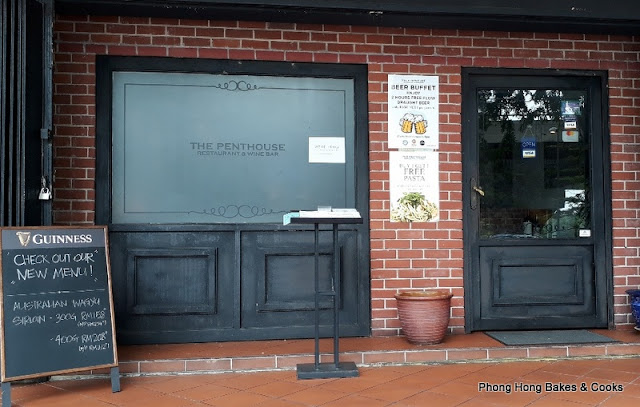 The Penthouse Restaurant & Wine Bar. It was my brother who found this place because he was craving for steak and since we were in the area, why not? 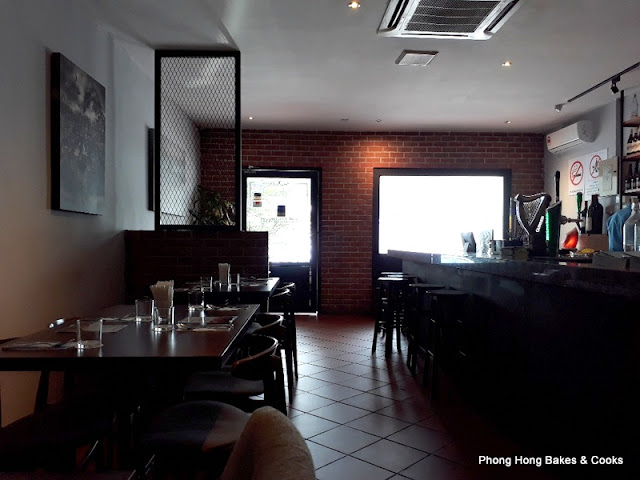 This place has a very old school feel to it. 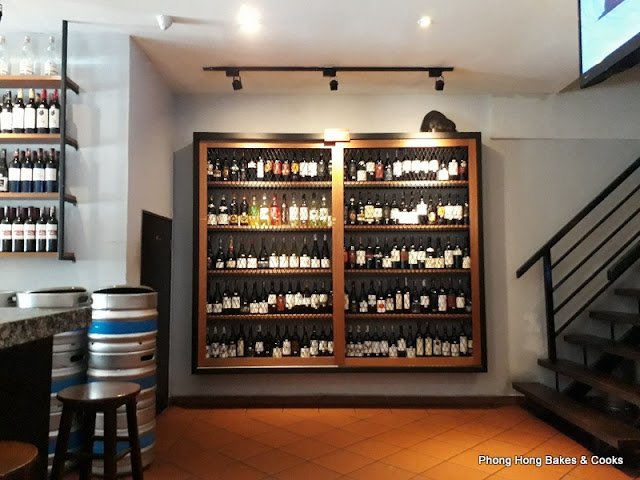 We saw this leaflet on our table - 1 for 1 steak. Purchase a bottle of wine and you get to buy 2 Australian Wagyu Steak/Australian Angus Steak for the price of 1. 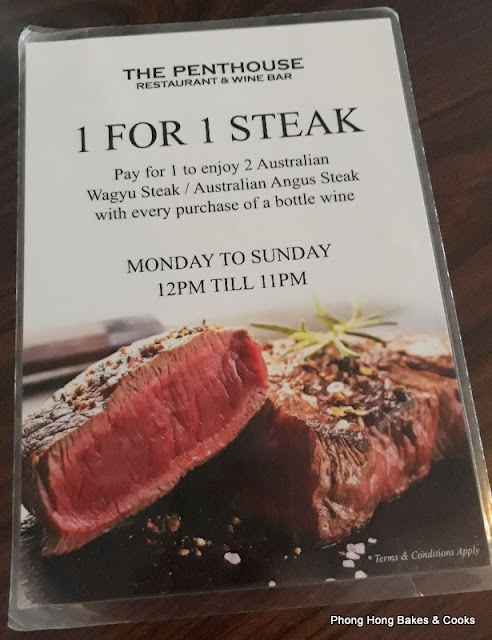 Is there a catch? Apparently it is as it says.  So we got a bottle at RM98.00 (the least expensive), some kind of red wine, I am no expert. 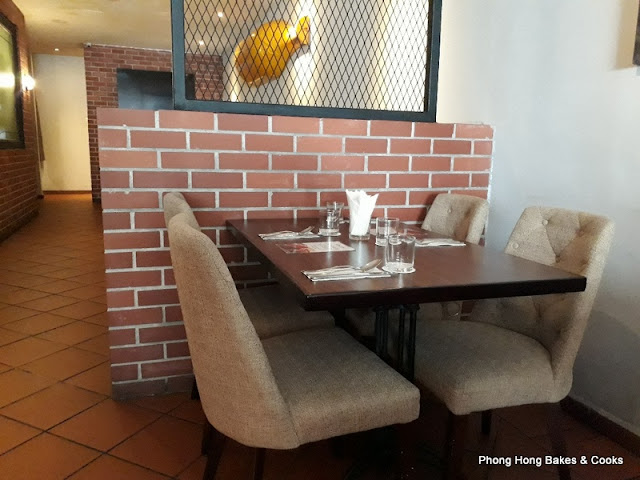 As usual, we had coffee. No, the red wine was to go (my brother took it home since I don't drink). You can either drink on site or take it home with you. 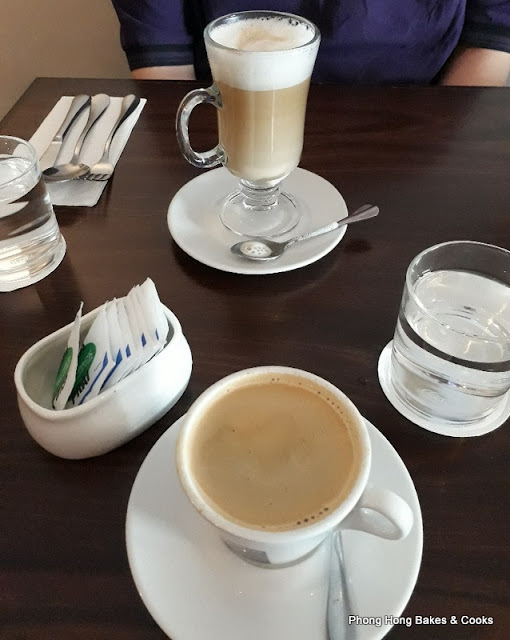 Our Australian Wagyu MB7 (medium rare) steaks were served on these wooden boards. 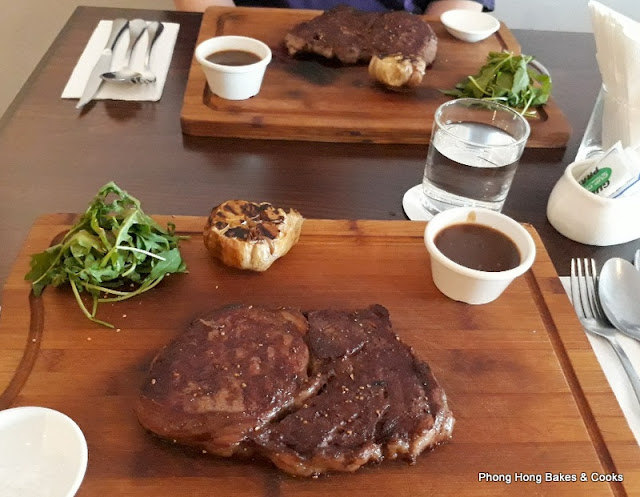 Each steak was served with a small platter of salt, arugula salad, roasted garlic and black pepper sauce. 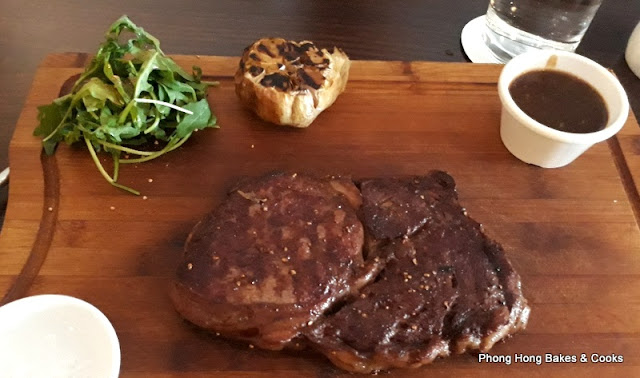 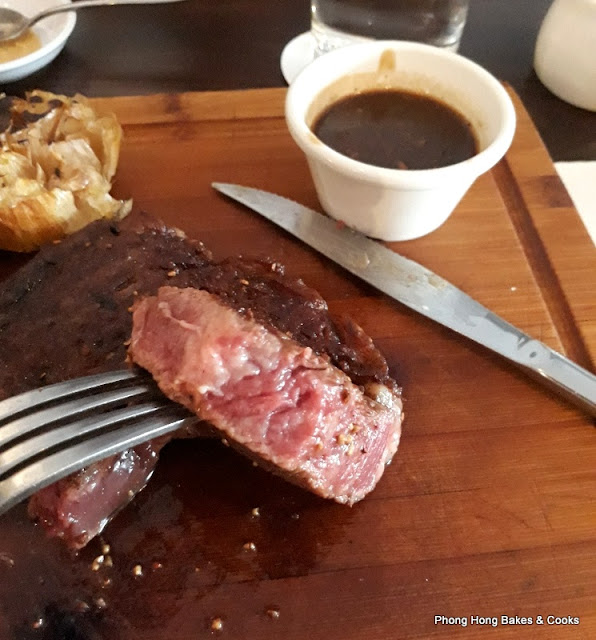 We asked for medium rare but I think this is rare, no? But no complaints. The steak was very well seasoned, so tasty and so tender and juicy.

These steaks are definitely better than the ones we had here. 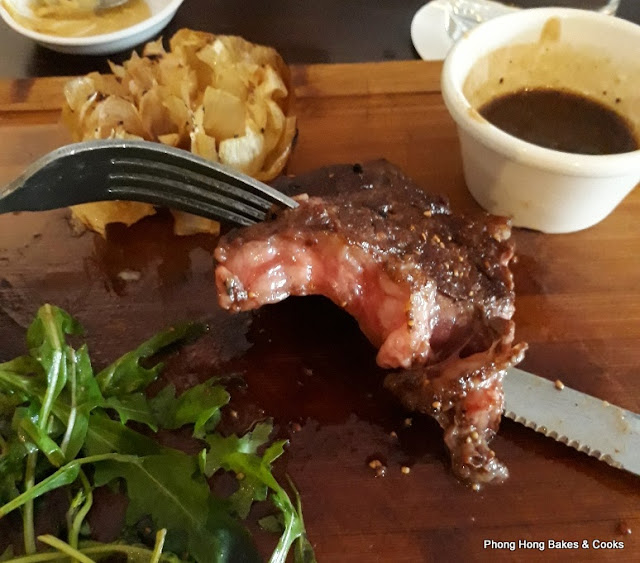 My brother and I came with very low expectations and we were both suitably impressed with our steaks. Although steak is best enjoyed with just some salt, I found the sauce so pleasing that I could not help enjoying the steak together with the sauce. 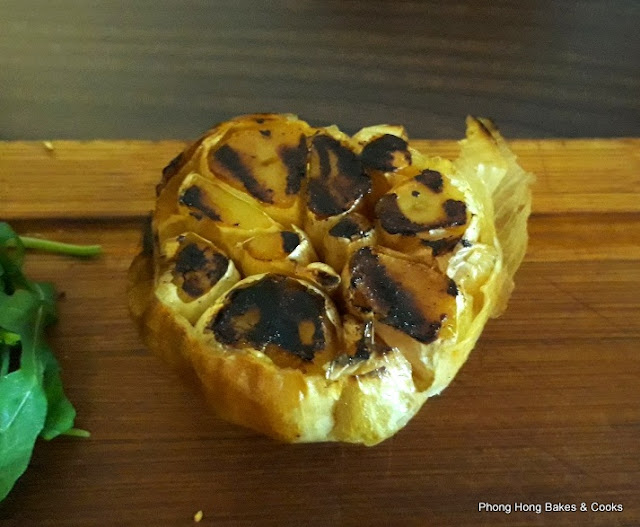 We were quite stuffed after the steak (next time we should aim for just 300g and get some sides) but a dessert for sharing was in order. 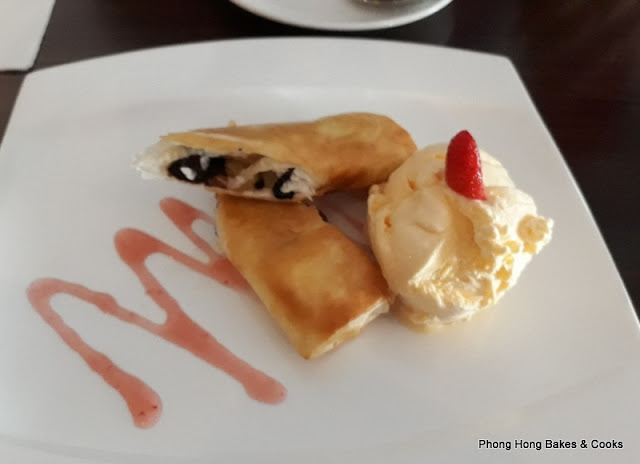 I picked the Apple Strudel served with ice cream. 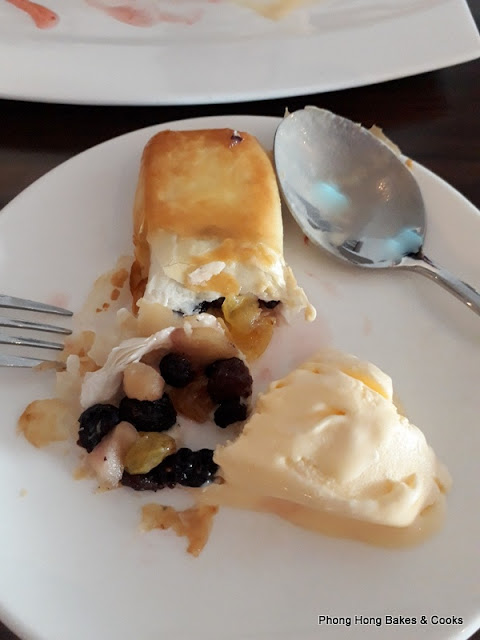 It was just all right, in fact when I took my first bite, I thought it tasted like char siew pau. Oh dear. But my brother disagreed, it's cinnamon he said. 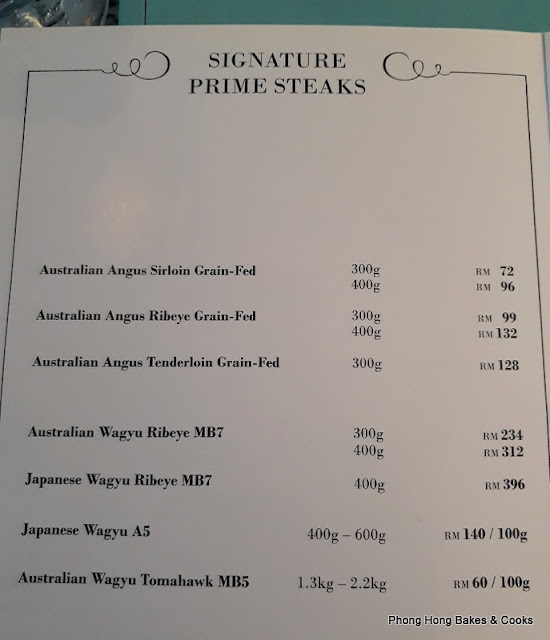 Well, that was a very good lunch. The 1 for 1 steak promotion is still on and we were informed that it would most likely be on until don't know when. So, if you want to but a bottle of wine and get two steaks for the price of one, you might want to pay a visit.

Many thanks to my brother for the movie and lunch treat. 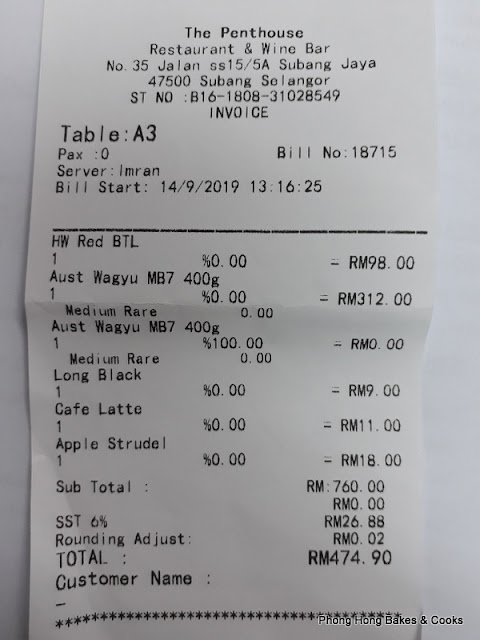