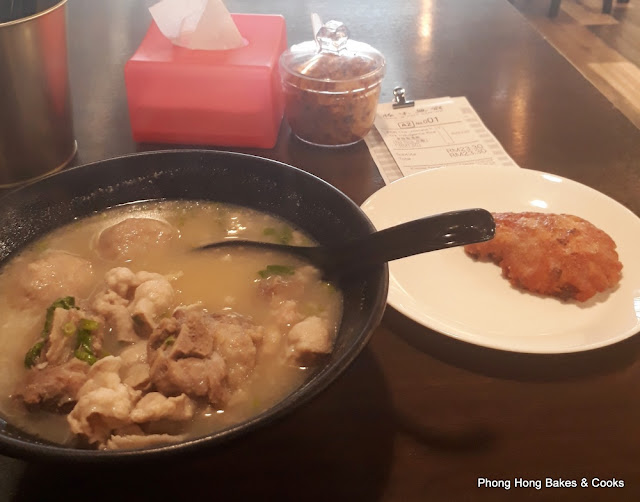 I have been having my lunches at Kahuna Poke, Michsology and Theori Food. It was time for a bit of change.


I decided to walk into Rice & Pot Empire. This place occupies what used to be Pizza Craft. I did come by earlier to check the menu and decided that I would return one day. 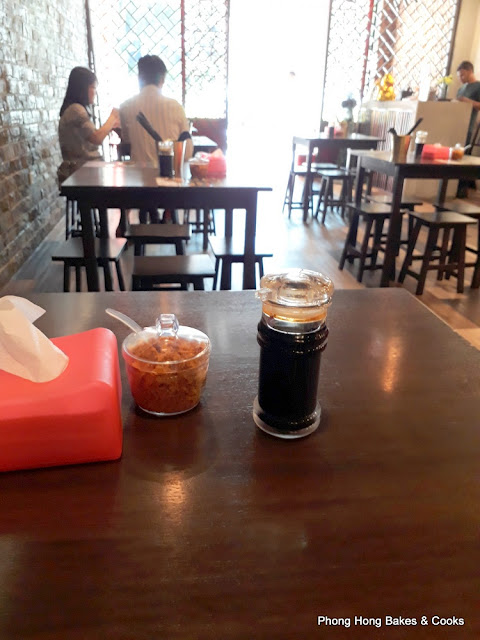 The interior is quite dimly lit and on my first visit there was only one other table occupied as I was early. During peak lunch hour, I noted that this placed is packed. 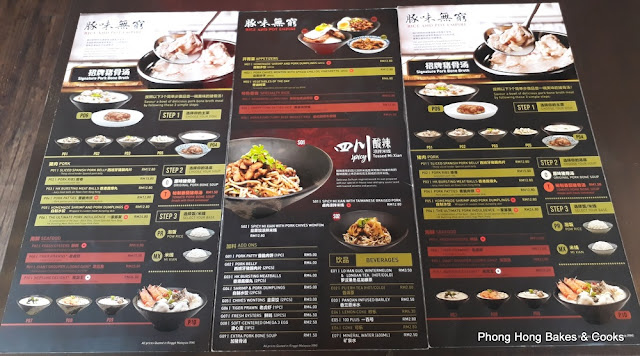 Ordering is easy, you will be given an order chit and a pencil as soon as you sit down. This place specializes in pork bone broth. There are two versions you can choose from (1) original pork bone soup or (2) tomato pork bone soup made with fresh tomatoes. You can check the menu here. 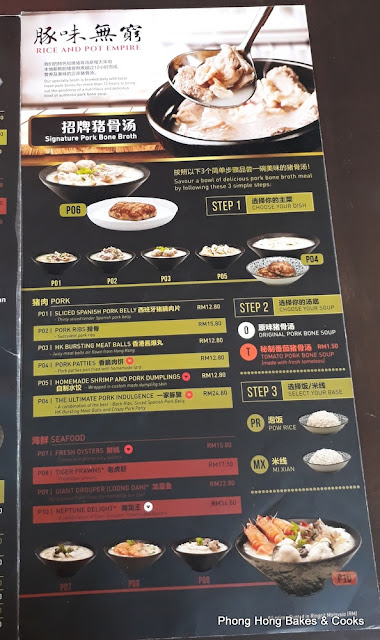 Or if you are not into soups, you can have dry style noodles instead. Rice is also served here. 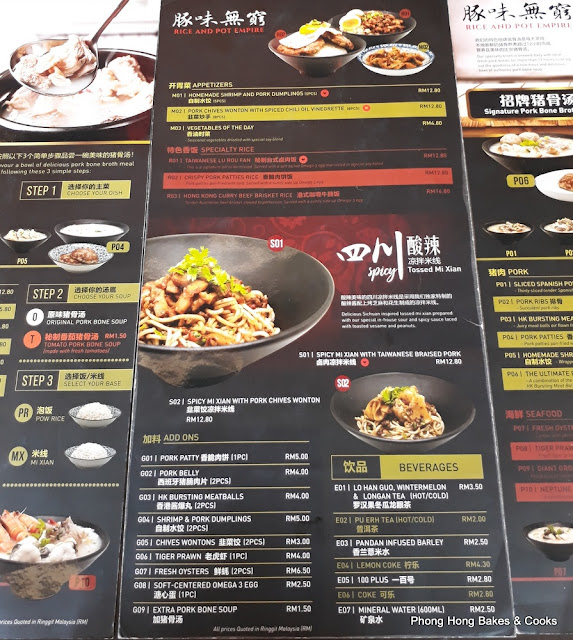 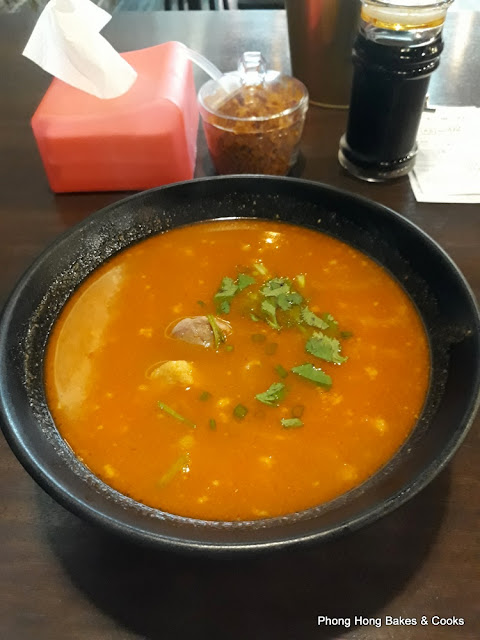 I omitted noodles because I am avoiding carbs this month in preparation for the Chinese New Year eating frenzy. 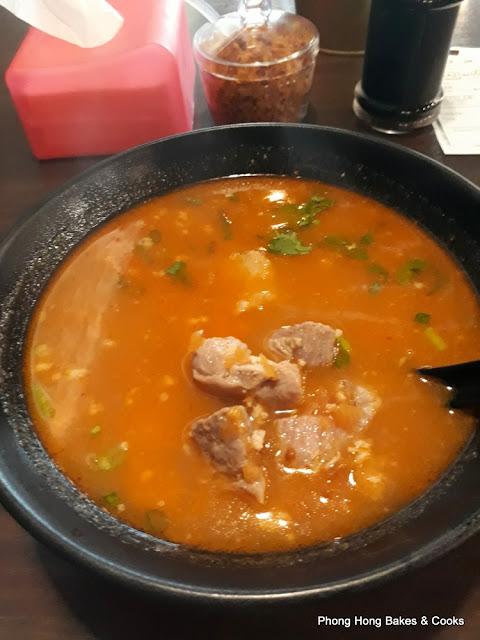 There were four meaty pieces of pork ribs which I wished could have been more tender. It was quite hard to eat the piping hot ribs as the flesh was still firm and clinging on to the bone.

The soup I must say was rather good. Very robust and full of tomato taste. It reminded me of my so called mee bandung that I used to make by adding tomato sauce to Maggi noodle soup during my teenage years hee..hee.. 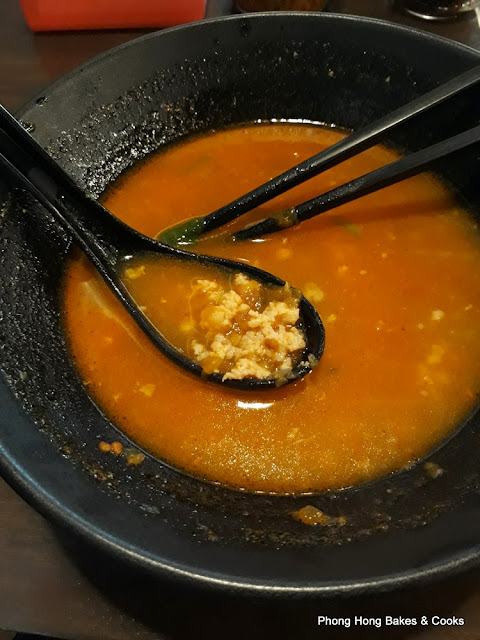 I noted that there were some bits of minced pork in the soup. What was lacking to me was vegetables. It would have been nice to have some veggies in the soup. Perhaps this would suit those true blue carnivores who cannot stand the sight of greens. 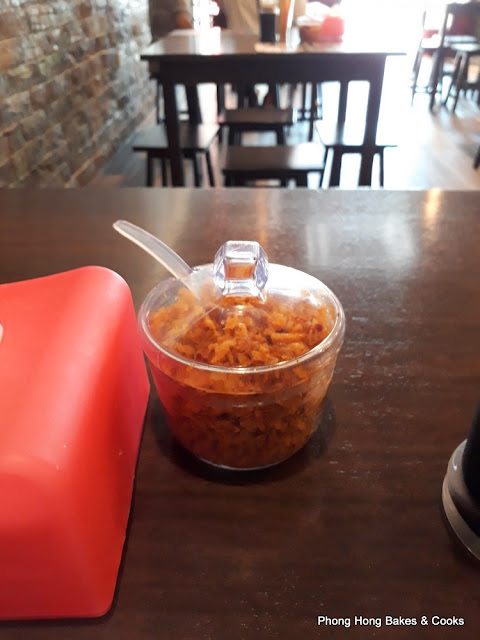 On the table was a container of condiments. 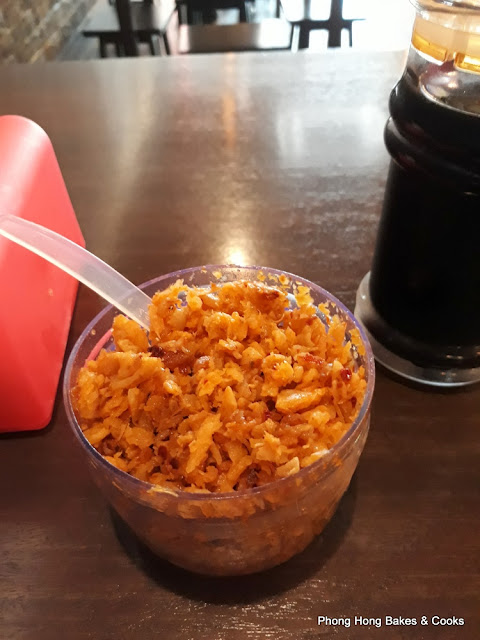 It turned out to be dried shrimps with some preserved vegetables (chai poh, I think). It was very nice, salty and savory.

On my second visit, I chose to have The Ultimate Pork Indulgence (RM23.30) in original pork bone soup. 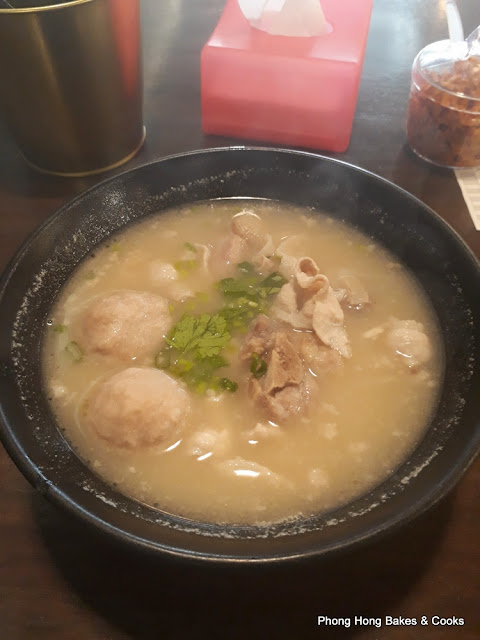 Indulgent indeed. There were 2 bursting meatballs, 4 ribs and a few slices of pork belly in the soup. Wait a minute, there's more. 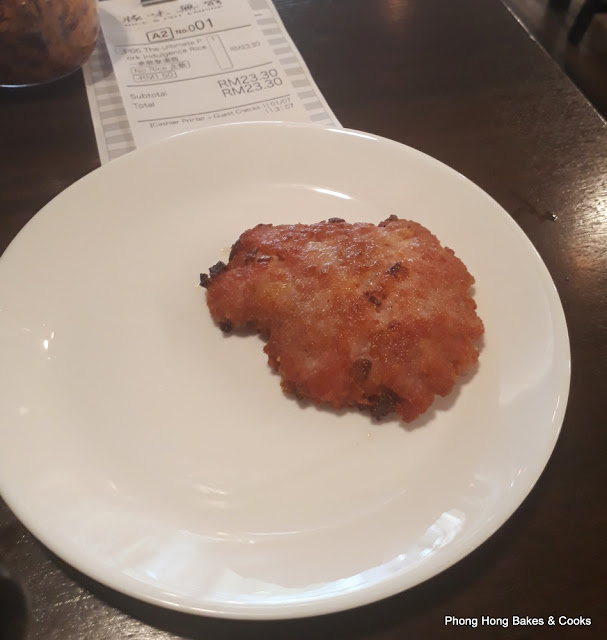 A deep fried pork patty too! 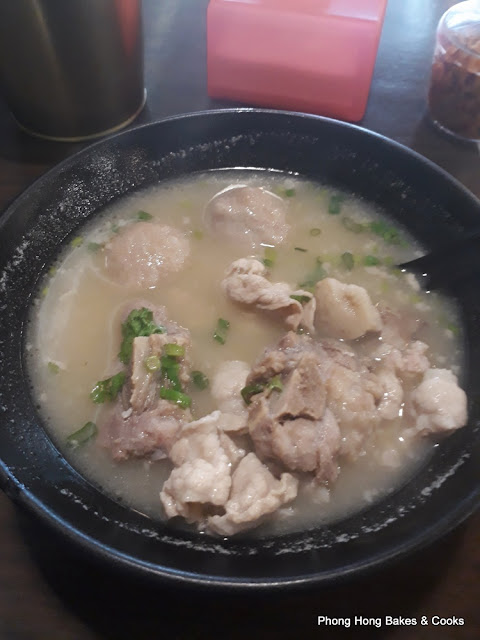 This is a very meaty soup. Best to share if you are a small eater. With noodles, this bowl would be even fuller. 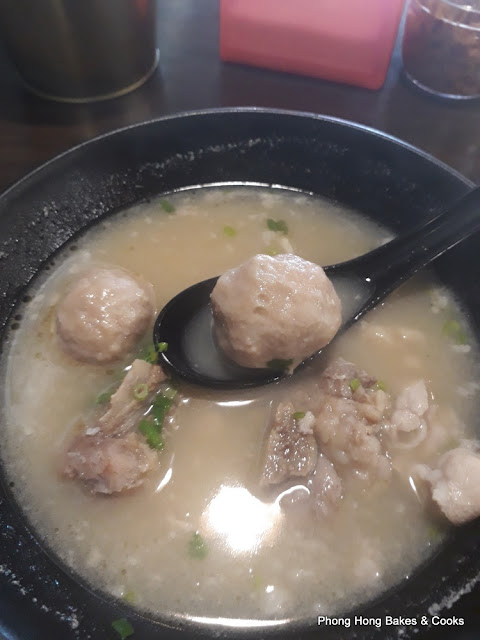 The meatballs are huge. 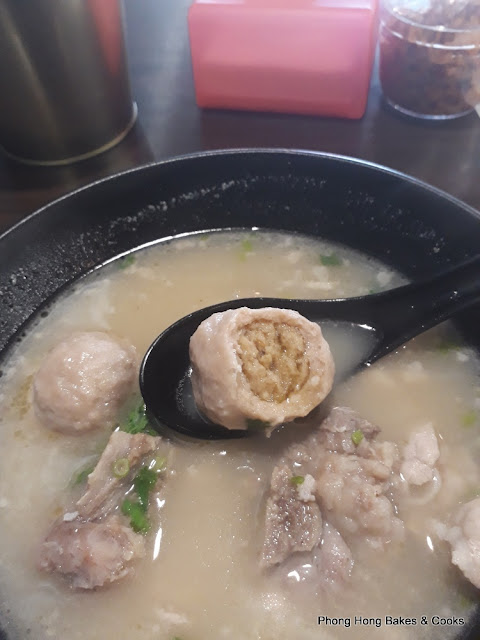 The filling is strong tasting, like nam yee or some preserved beans. The taste reminds me of Kampar chicken biscuits. If you are not into robust flavors, this might be too strong for you. The pork ribs, again could have been more tender while there is no fault with the thinly sliced pork belly. The fried pork patty was also decent. 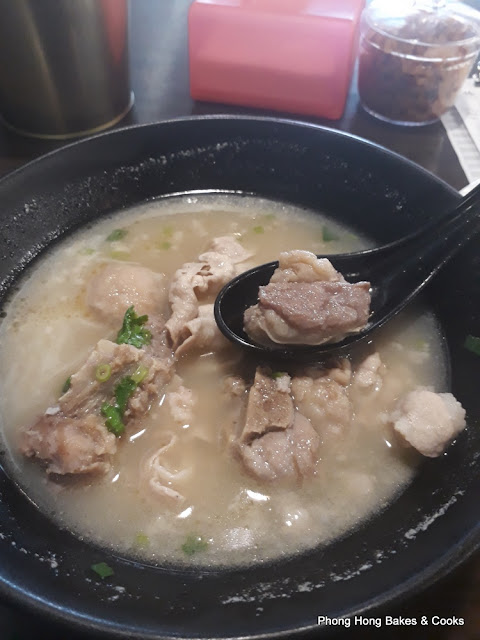 The soup is good but a tad salty. Perhaps it would be just nice if eaten with noodles or rice. 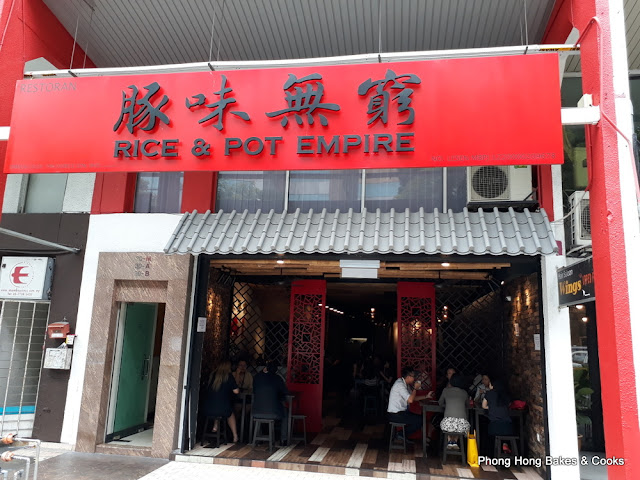 I won't mind coming back to try the soup with noodles or dry style  noodles once I am out of my carb curfew.
Posted by PH at 08:25