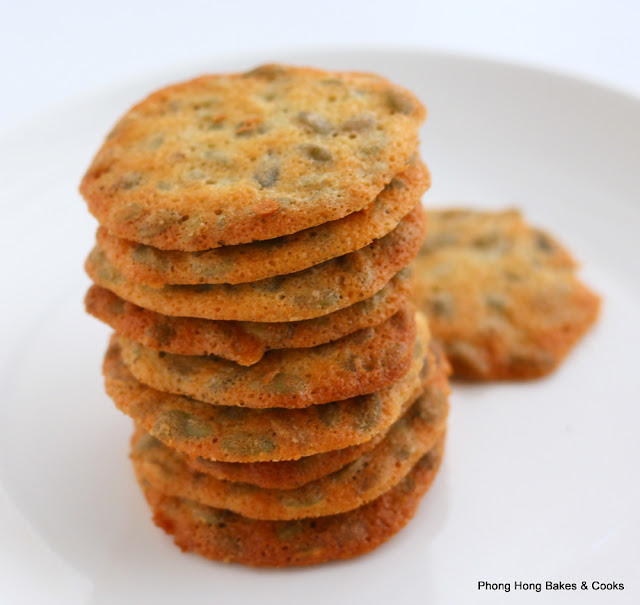 How many of you are baking goodies for Chinese New Year? I just started and my first attempt at making pumpkin crisps was a big FAIL. Gah! 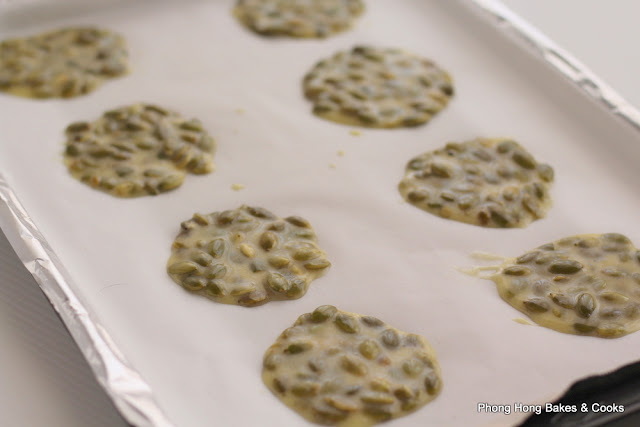 The reason I made these was because I had two bottles of pumpkin seeds in the fridge. I bought them as sprinkles for my salad but I never really used them for that. So I thought, hey, pumpkin crisps would be the best way to use them. 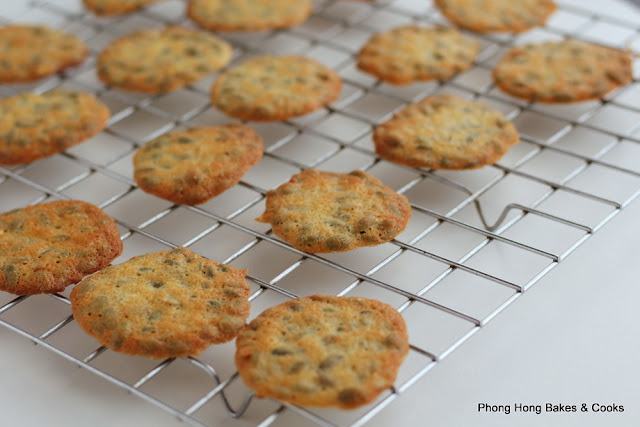 I followed the recipe and I thought it was going well when I discovered that even though these crisps were baked till golden brown, the underside were still raw.

So I flipped them over and popped them back into the oven for about a minute. When I took a bite when these cooled down, gosh, the pumpkin crisp was not crispy but hard. Very hard.

Since they were inedible, this happened. 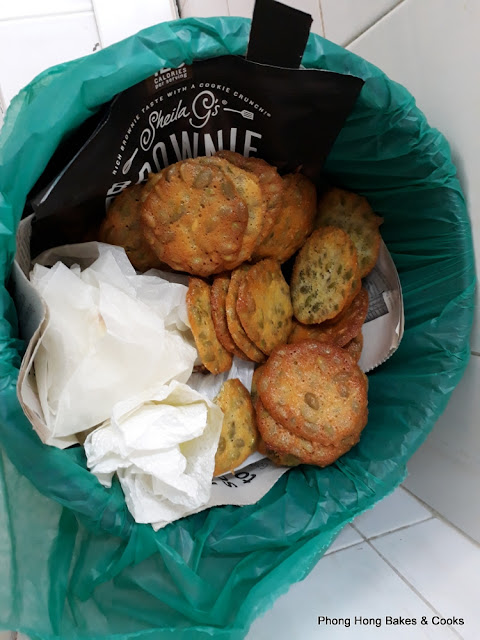 Into the bin they went. Together with a packet of Brownie Brittle which tasted awful.