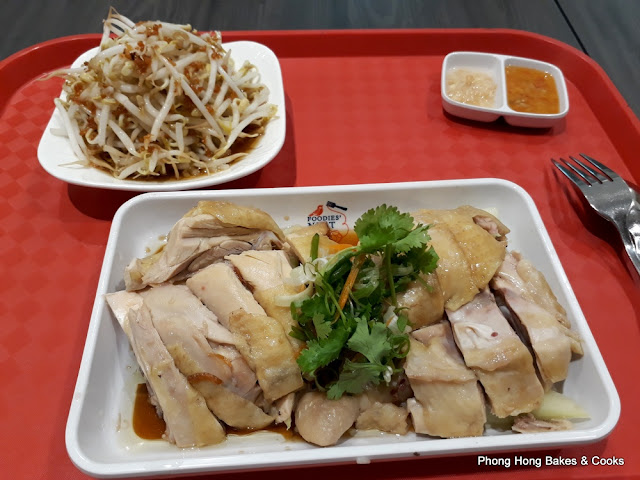 I know. I know. But this was last year when I was on my crazy low-carb eating regime.


It's very hard to low carb as I realized upon embarking on a new way of eating some years ago. Everywhere you go, carbs stare you in the face. At seminars, at parties, at dinners, at whatever.

At one time I even snuck hard boiled eggs in my handbag to eat during a seminar tea break. Extreme. But no more. This year, I am more reasonable/balanced when it comes to food. In fact last night, I whacked a whole lot of sushi at Sushi Mentai. Hah! 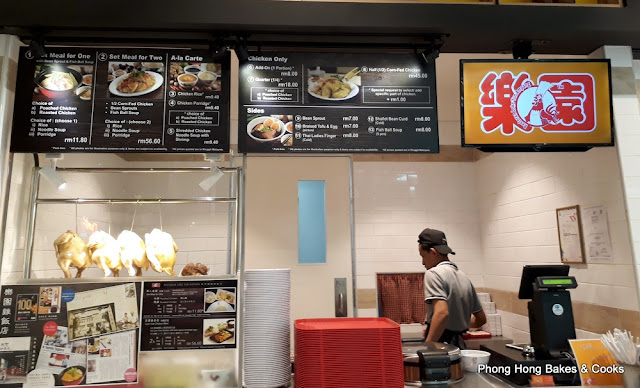 So, last year. I decided to explore this chicken rice kiosk at A Foodie's Nest@The Starling. Restoran Loke Yun Ampang. Heard of it, anyone? Is it well known?

I'm a sucker for chicken rice. Good chicken rice but unfortunately that day, I was avoiding rice. 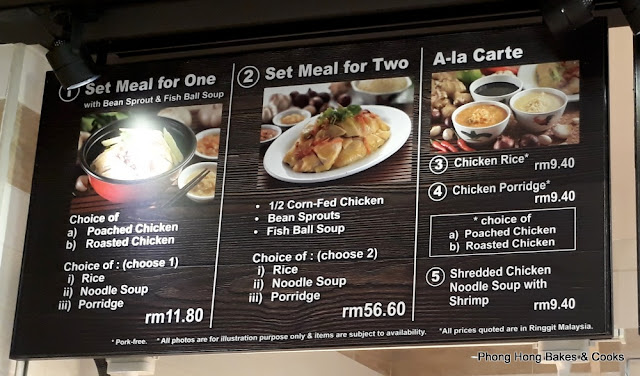 Fortunately, they have the chicken only and sides. So I selected 1/4 chicken and bean sprouts. 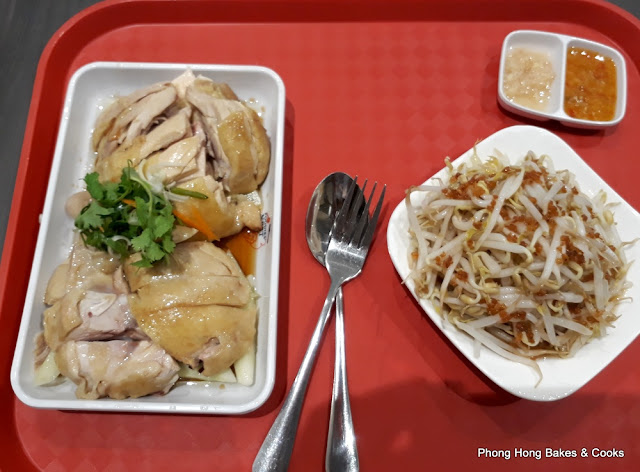 When my order was ready, I realized that 1/4 chicken is quite a big portion. I should have gone for the 1 portion (if that is possible without a main order). But you know me. I have a big tank. 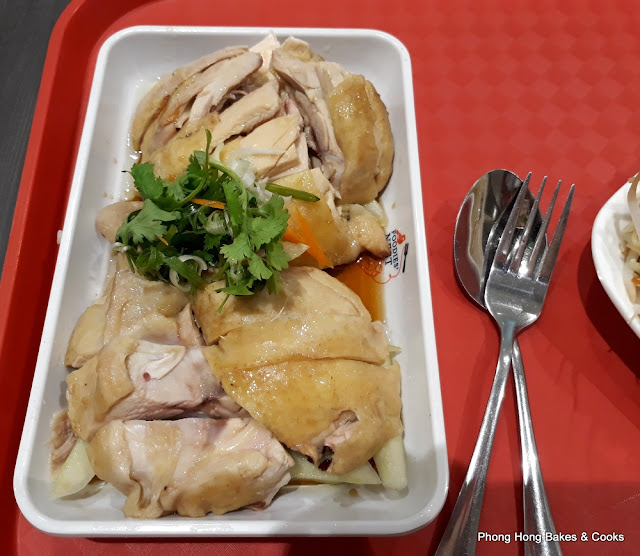 The chicken was all right. This was obviously regular chicken. Their chili and ginger dip was a big fail. Not nice at all. 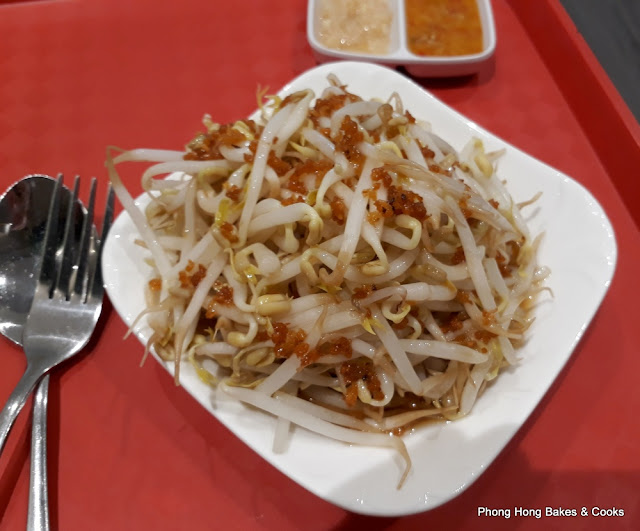 The bean sprouts was nice enough. 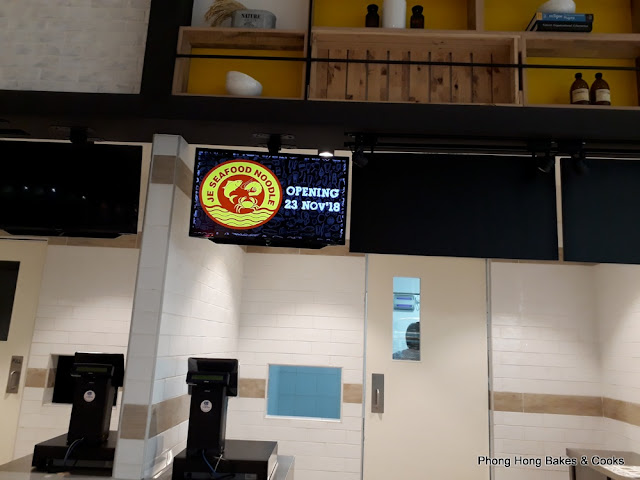 Ah! A new kiosk is which has now opened. Noodles. But it is not an issue because I have requested for chee yuk fan without noodles and the guy obliged me without batting an eyelid.I guess this is not the first time anyone has made such a request.

But 2019 is my year of not fearing carbs. Eating reasonable portions of carbs and avoiding binge eating is the way to go.
Posted by PH at 08:41