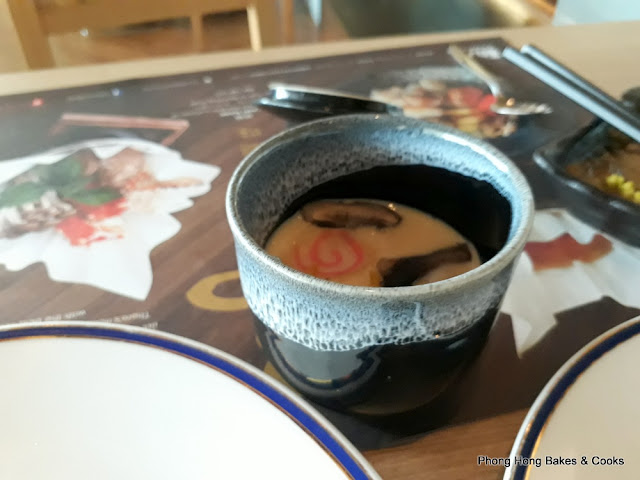 Last Sunday, my brother and I went for our first epic makan session for 2019. On my brother's suggestion, we went to Kampachi@Plaza 33.


It has been years since we went for a buffet. Besides, we heard from my other brother that the buffet at Kampachi (only on Sundays) is excellent. So of course we were eager to try.

We were there just before 12pm and there were already many diners waiting to enter the restaurant. It was a good thing that we made reservations. 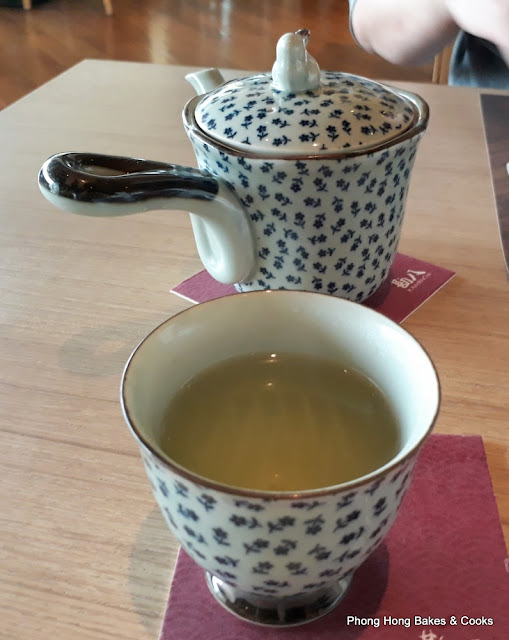 After we were shown to our table, the server approached us for our drinks order. As we were not familiar, she recommended the pot of green tea for sharing.

I think there were 5 or 6 buffet stations. The selections were quite limited. Nothing like Shogun which used to be at 1 Utama.

My first round. So dainty. I reminded myself not to binge. Don't eat so much!

Yeah, like it worked. I found my way to the next station and ate carbs.

Garlic fried rice, fried udon, tofu with mushrooms, pumpkin croquette and fried oyster. I'm afraid what was on my plate did not taste very exciting. The oyster had seen better days and had a funny taste. Disappointed.

This is my brother's first round. 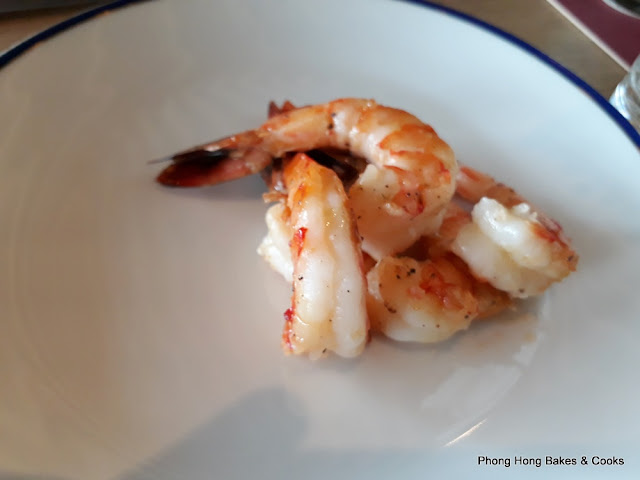 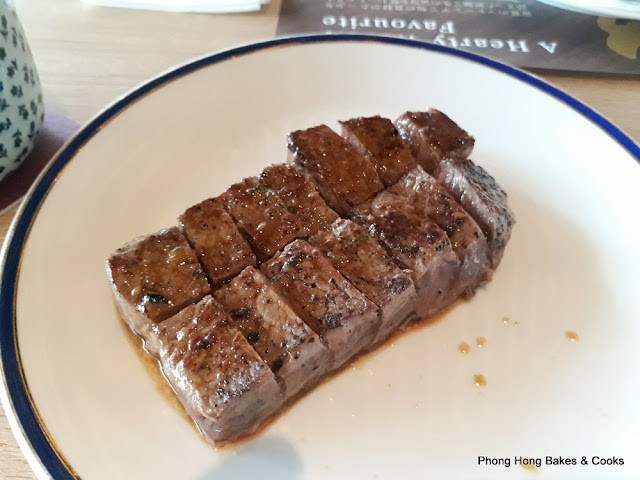 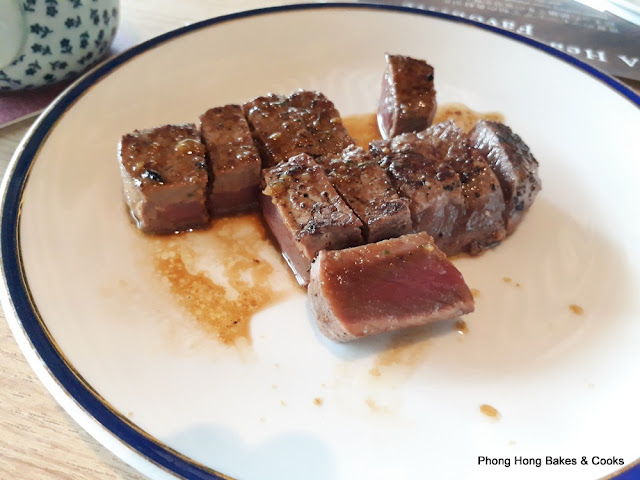 The beef was a bit too rare for me. It was well seasoned and very tender. 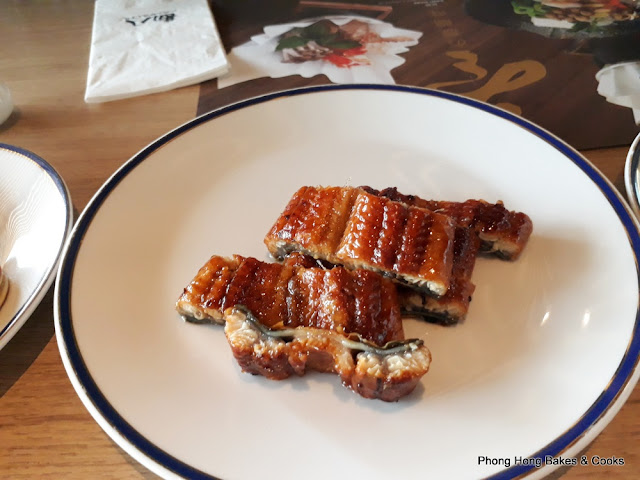 Then my brother went to get some unagi and I will have to say that this unagi is the best that I have tasted. So tender and moist. And it was the only food that I enjoyed at this buffet. 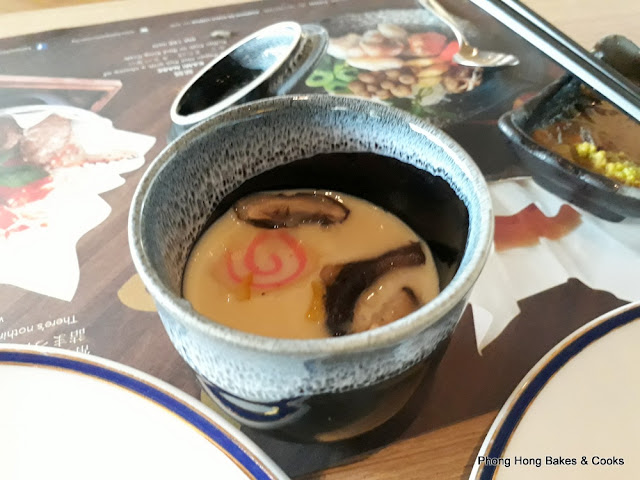 My brother also got himself a chawanmushi. As he ate his first mouthful, he remarked that "Connie's is better", in reference to the since closed Hokano.

After my third round, I went to get us some desserts. 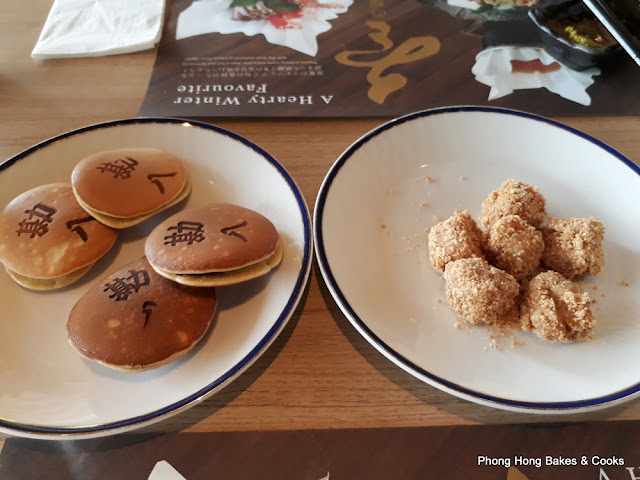 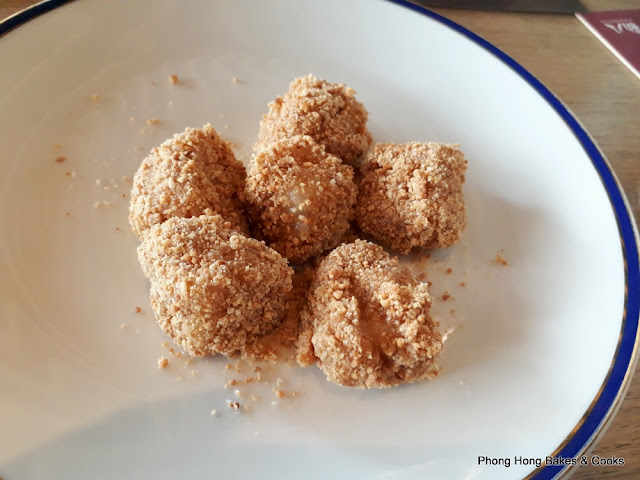 The rice balls with peanuts was not bad. 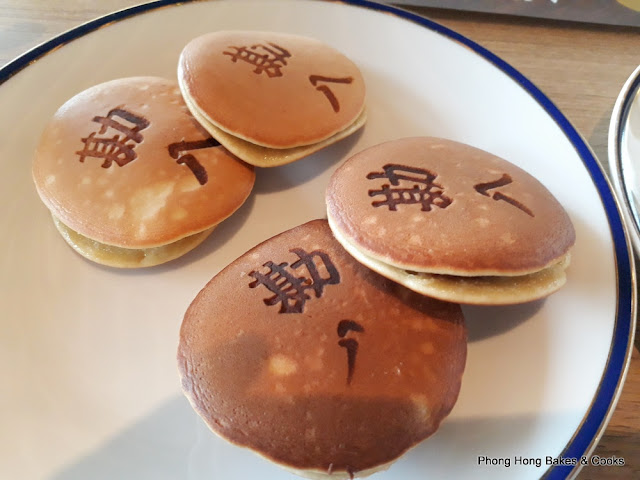 The dorayaki was very dry. Maybe because it was made ahead and left standing. My brother ate only one. So I had to eat 3 so as not to waste.

My brother ventured to the dessert station and came back with these. 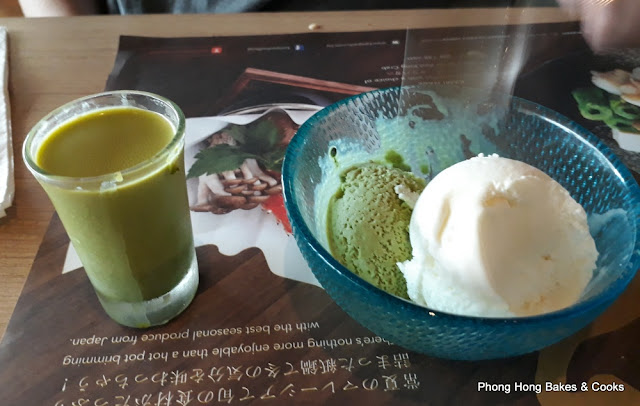 Matcha pudding and matcha and vanilla ice cream. I saw the matcha pudding earlier but anything matcha, no thank you. But my brother told me that the match pudding is good, the matcha taste is very mild. So ...... 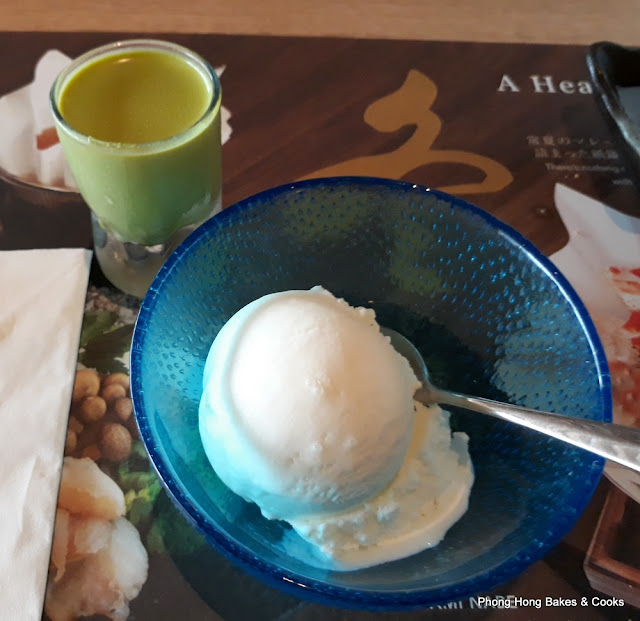 I had to get one for myself (especially the ice cream). 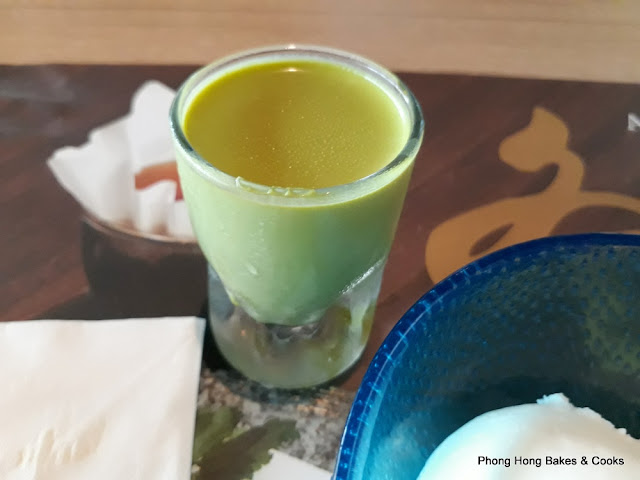 Very true. The matcha pudding was very nice. It was very creamy and not too sweet. And the matcha flavor was so mild that I did not mind it at all. Since it was so good, my brother got himself another one. 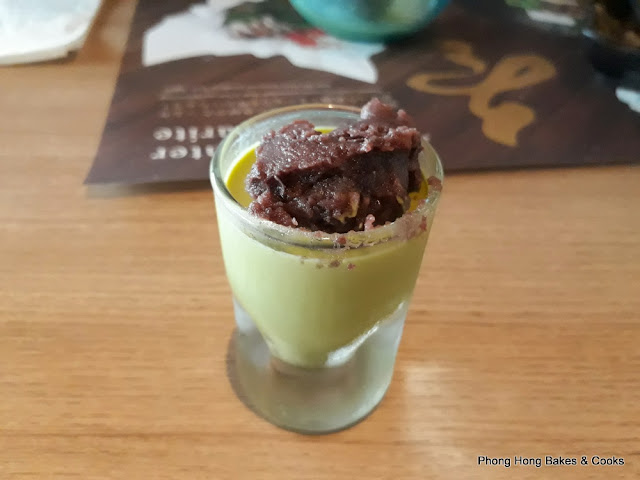 This time with red bean topping.

What I would say about this buffet is that it was an underwhelming experience for both of us. We had big expectations since our brother raved about it and also from very glowing reviews online.

The variety of food is quite limited and quality wise, there were hits and misses. But it seems very popular as the restaurant was fully packed. When it was time to leave, the server asked us why we were leaving so early. I noted that the other diners were still lingering, taking their time to savor the food.

I doubt if we would be back, simply because this buffet did not fulfill our expectations. But still I am glad for the experience and many thanks to my brother for his treat.
Posted by PH at 08:34