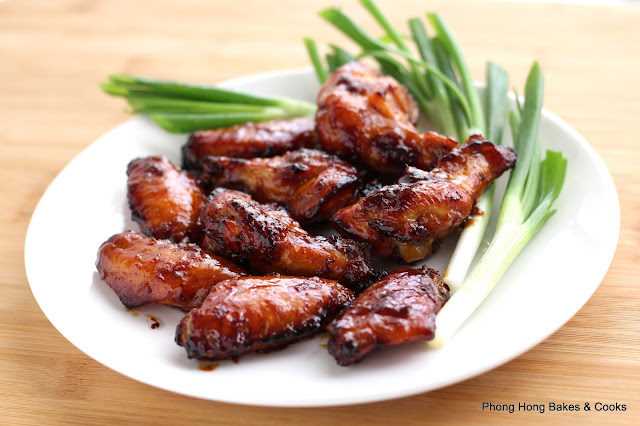 Finally I have material to publish today. Thank God for the Labor Day holiday. A day free for me to do stuff in the kitchen.


Two or three weekends ago, I bought two packets of chicken wings. That was because of this recipe that Kris shared on her blog. Besides visiting cool restaurants and giving us her honest opinion (plus her interesting side stories), this lady also cooks up a storm in her kitchen. Her Sticky Honey Soy Chicken gave me some serious cravings hee..hee.. 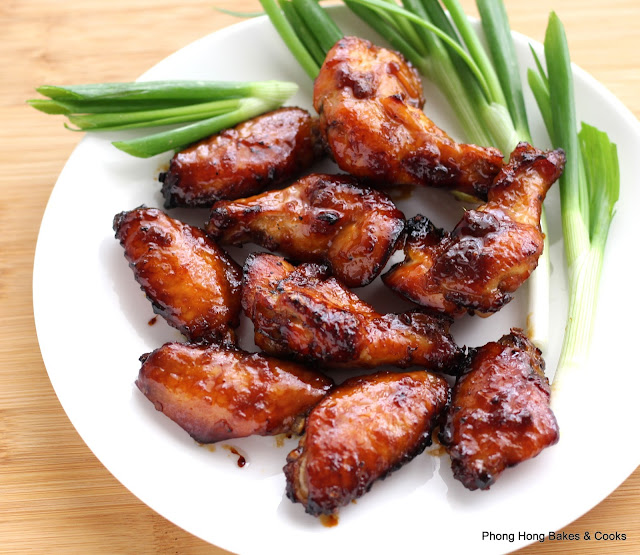 Well, although I bought two packets of wings, I only used one packet for this recipe. The other batch of wings, I made another recipe.

There were only five wings in a packet, weighing slightly more that 400g. I separated the wingettes from the drummets and I kept the wing tips. I actually love chewing on crispy wing tips.

I made more than enough marinade so that I had enough for basting. The extra marinade would also make me more sauce to coat the wings. 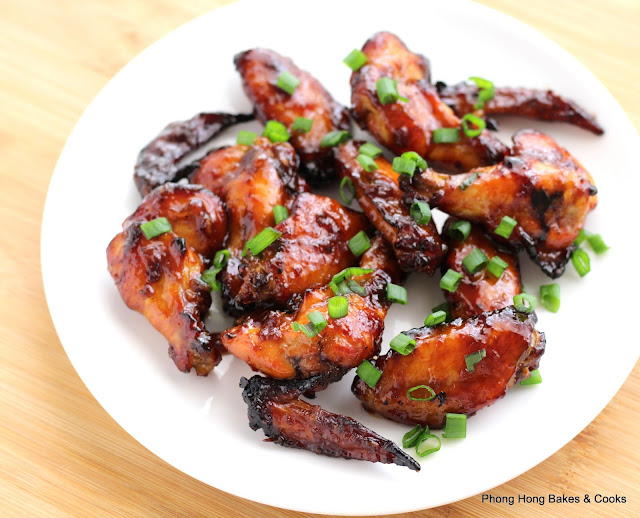 The marinade is simmered until slightly thickened, something I have never done before. I learned something new from this recipe and I find that the flavors of the marinade concentrates and improves from the heating.

I put the wings into a freezer bag and poured the cooled marinade into the bag. Then the wings were kept in the fridge for about 4 hours to marinate. I took them out for an hour before roasting in the oven. 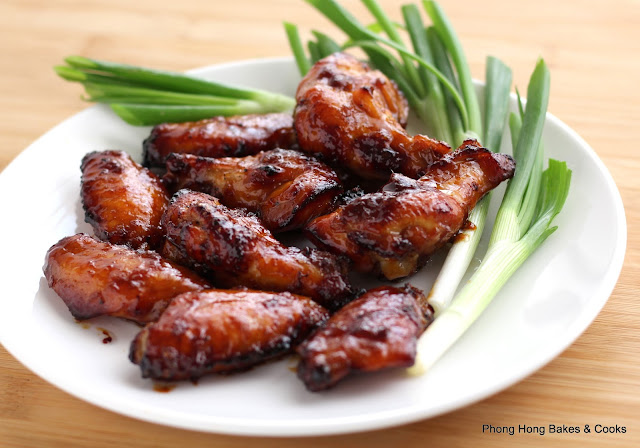 It did not take long for these wings to cook. At 200C it was all nicely done and caramelized in about 20 minutes. I basted the wings (turning at half time) from time to time with the extra marinade and got me a nice thick coating of sticky sauce around the wings.

These sticky wings were awesome. It made for a very nice Labor Day meal.

Method :
1. Mix the marinade ingredients in a small saucepan and bring to a boil.
2. Lower heat to simmer for about 5 or 6 minutes.
3. Remove the saucepan from the stove to cool. The marinade will thicken further once cooled.
4. Put chicken wings into a freezer bag or a mixing bowl.
5. Pour the marinade and mix to coat the chicken.
6. Set aside in the fridge for a few hours (I marinated for 4 hours).
7. Before roasting, take the wings out to come to room temperature (about an hour).
8. Add olive oil to the wings and stir to coat.
6. Place the wings in a single layer on a lined baking tray and roast at 200C for about 20 minutes. Turn the wings after 10 minutes and baste the wings every now and then using the excess marinade. 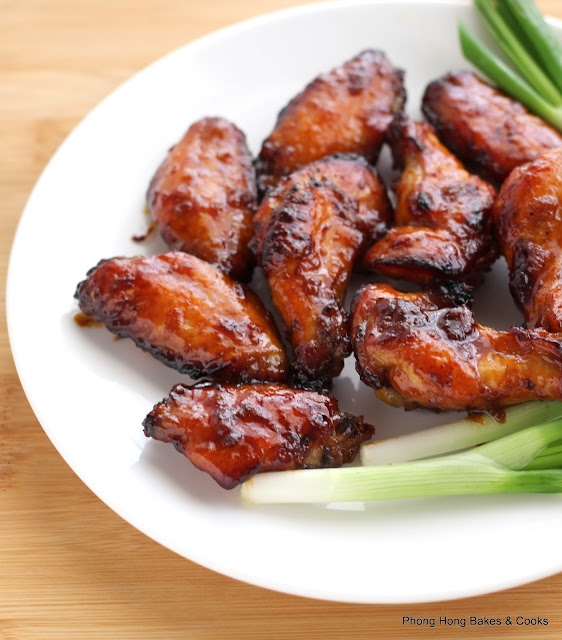