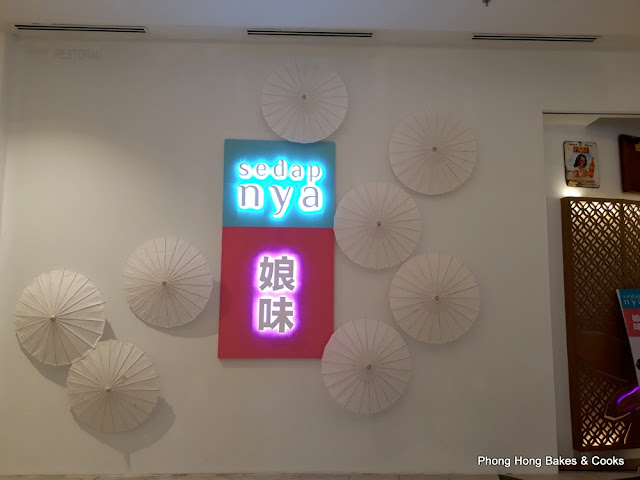 This restaurant should be renamed "Cantiknya". In terms of decor, it gets top marks. That's what caught my eye when Sedapnya@The Starling opened not too long ago. 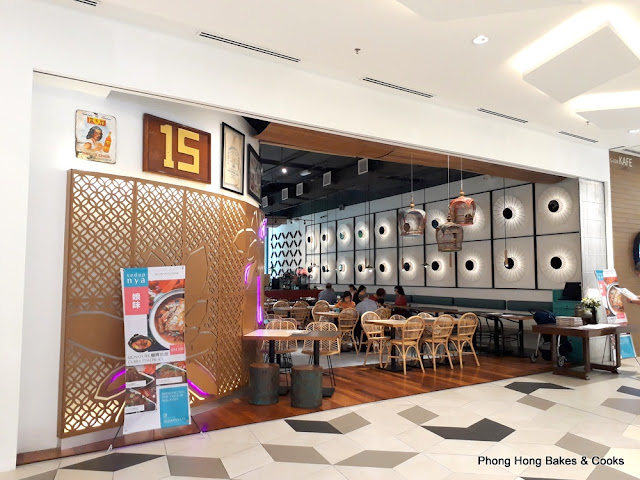 My partner visited and his impression of the food was not encouraging. He specifically told me to avoid the meatball soup. According to him, the meatballs were mostly flour.

I stopped by to look at the menu but nothing looked interesting to me. But one day I decided to check them out because I had run out of places to eat. Imagine that. 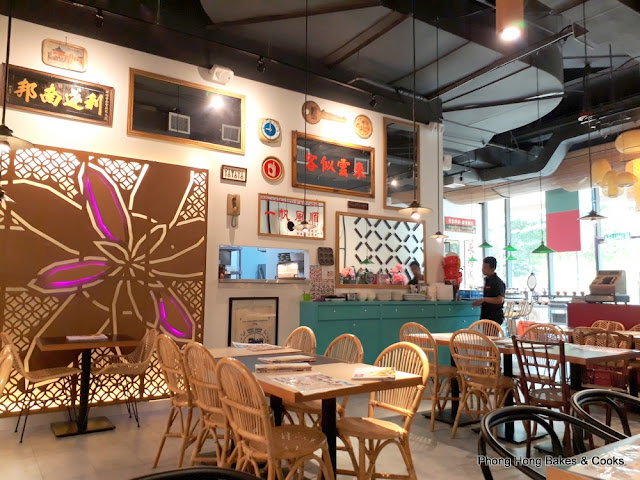 I love the decor. And I think TM will love those rattan chairs. 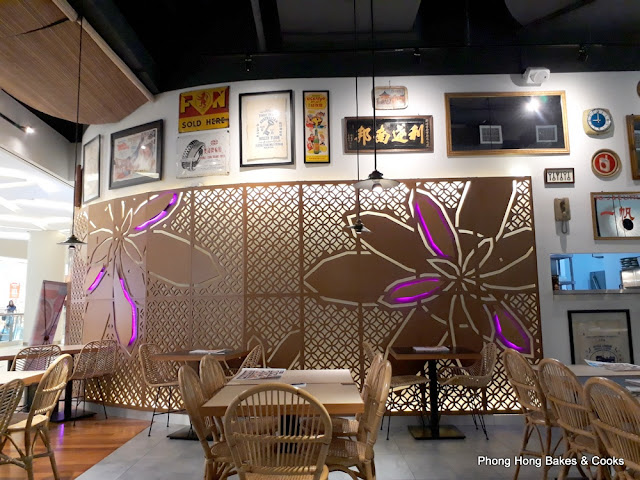 Since I was alone, the set lunch was ideal. 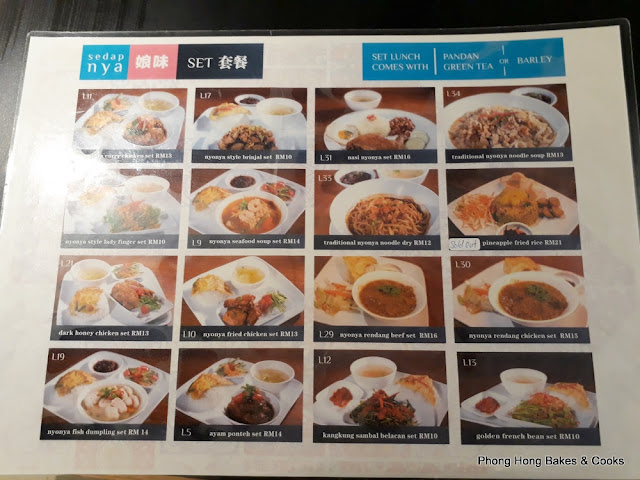 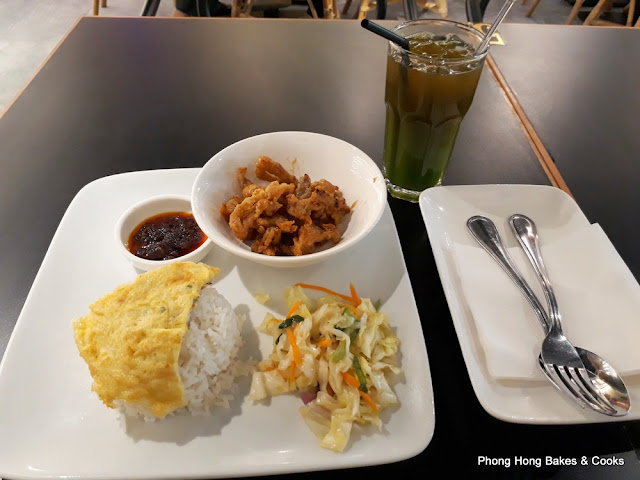 My lunch. If you looked at the menu, this set is supposed to come with chicken chunks. 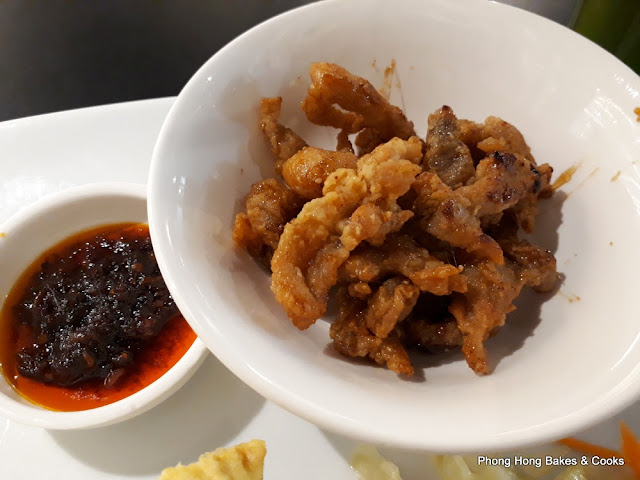 But what I got were these battered strips of chicken. It tasted good, so I am not complaining. The sambal (dried prawns sambal I think) was good. 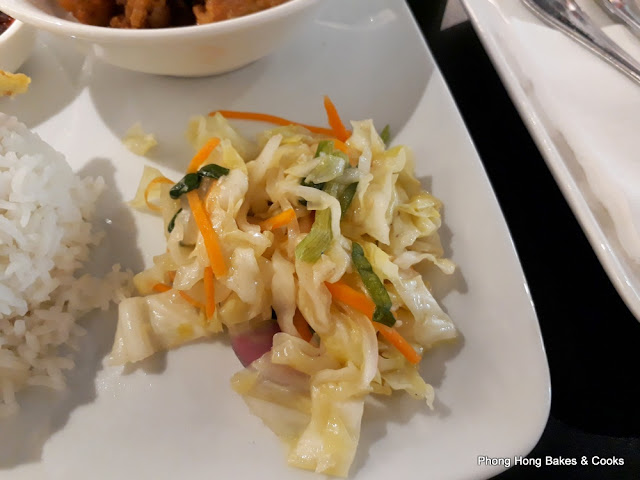 The stir fried cabbage was ordinary. 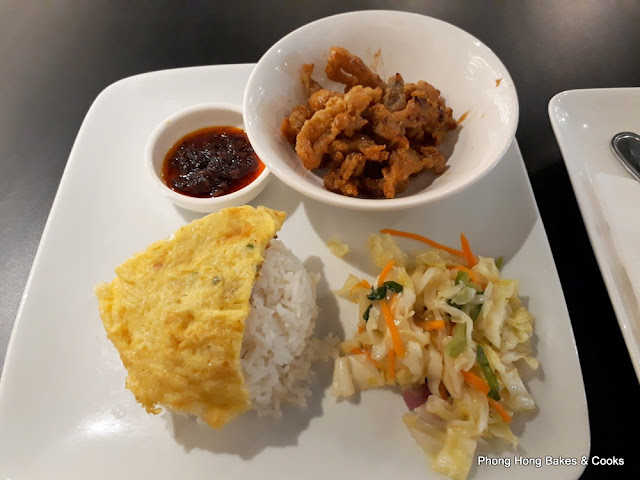 There was a piece of omelette served on the rice. Nothing special. 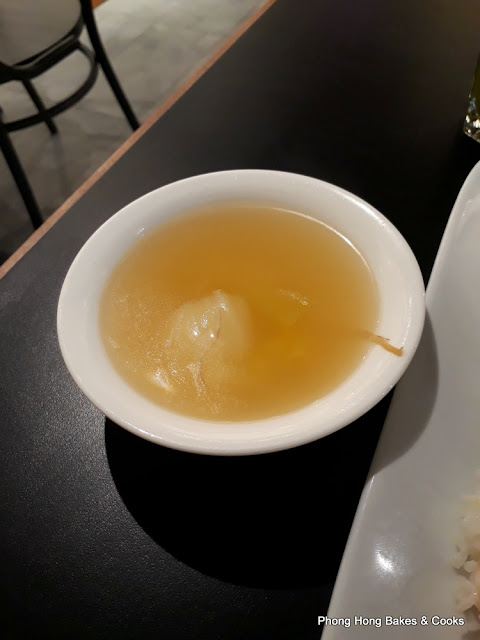 I was served a soup later and I'm afraid it was tasteless. 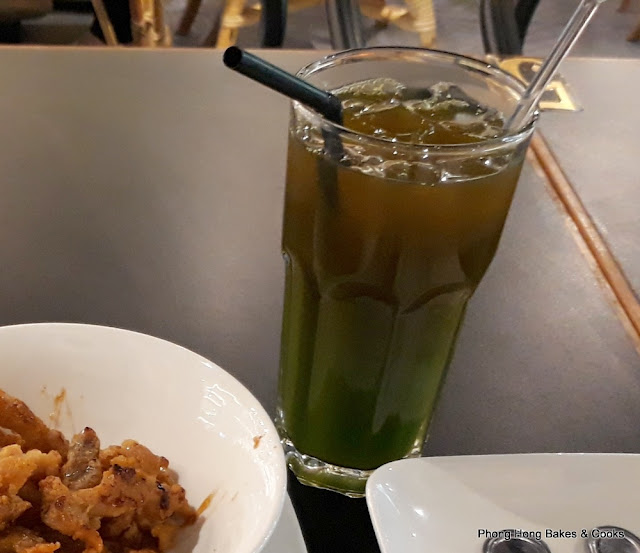 As for the Pandan Green Tea, OMG. It was pandan juice. Seriously guys, if you want to serve pandan water, you boil the pandan leaves for the fragrance and then add syrup. This concoction has a very vile green taste. Do not order this drink unless if you like the taste of raw green leaves.

I do not judge a restaurant based on one visit, unless if it was really bad. So I went back another day. This time I chose from the main menu, the Nasi Nonya. Yup, nonya, in spite of my misgivings about nonya restaurant food.

The server informed me that the rice is yellow rice but it was "not cooked yet". I don't know if that meant they haven't started cooking the yellow rice (which I presume is nasi kunyit although from the photo in the menu, it looked like white rice) or the rice is still in the process of cooking. Then she asked if white rice was OK with me, so I agreed. 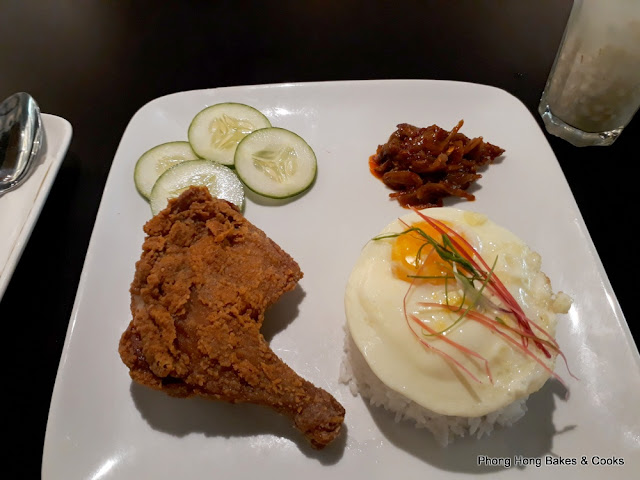 This is how it looked like. The presentation is so...... how shall I say....... clinical. The fried chicken was nice, the fried egg yolk was runny just the way I like it but the sambal ikan bilis was not to my liking. It tasted like those canned ikan bilis sambal.

As for those miserable slices of cucumber, well, if you are serving a nonya dish, it would be nice to have nonya acar instead, don't you think? 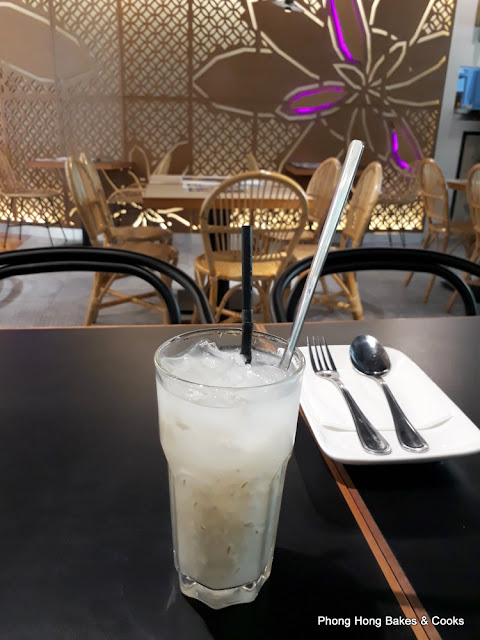 The server had to flip a few of the menus to find the drinks as some did not have the drinks menu attached. In the end I chose the barley which was nice because it was not too sweet.

There was a couple in front of me later and the gentleman ordered the Pandan Green Tea. I was on the lookout for his reaction. So kaypoh, right? He took a sip and I could see that he was not liking it.

So that's it for me. Yes, they should be called Cantiknya. 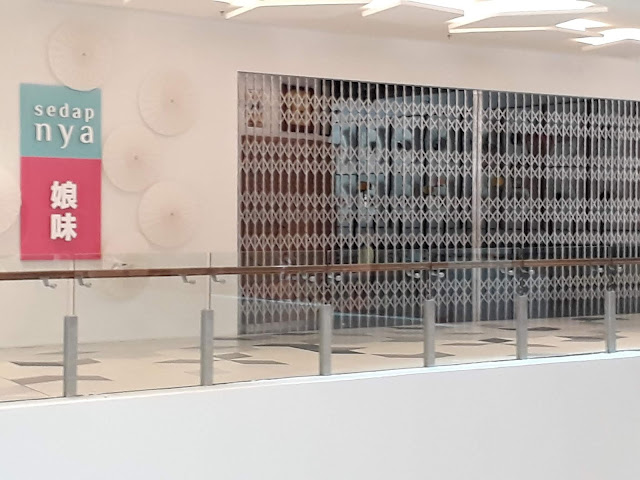