PH Goes To The Polls (Updated) 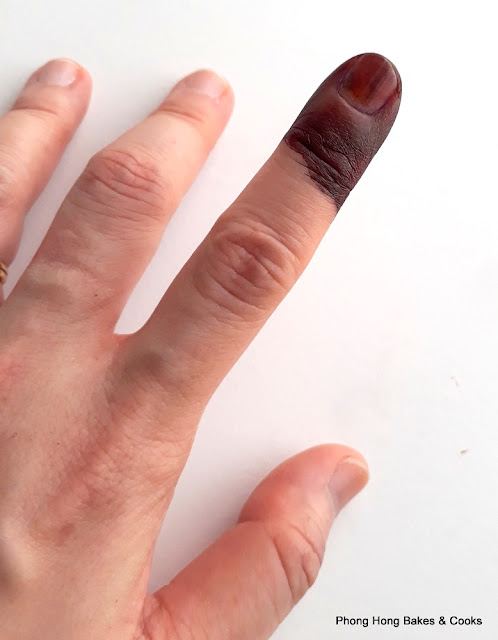 Update : Malaysia has spoken. Loud and clear. I never imagined this was possible. But is was. I stayed up till 3:00 am and although the results were not 100% complete, it was clear where we were headed. And now, I am in need of some shut eye.

Today (09-05-2018) Malaysia votes at the 14th General Election (GE). The ink used to mark our finger is a lot better this time. As of right now (after washing my hair), it still looks as if I am sporting a necrotic finger.


I started my day early as my polling station is a little further from home. It's still within walking distance and I wanted to get there early. Go early, come back early, you get the drift.

I made sure I ate breakfast so that I would not be hungry while queuing in line. 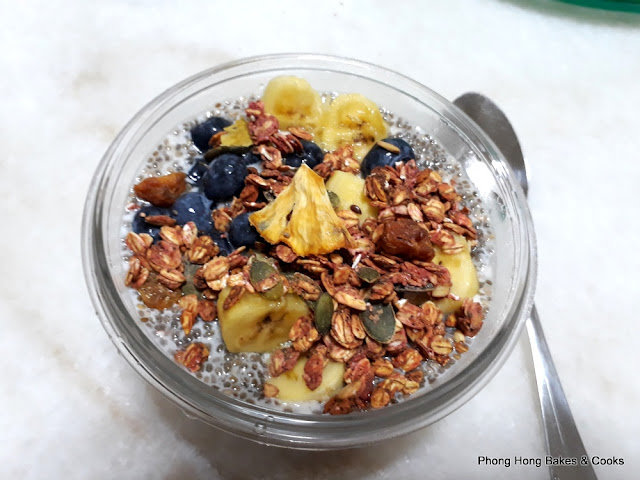 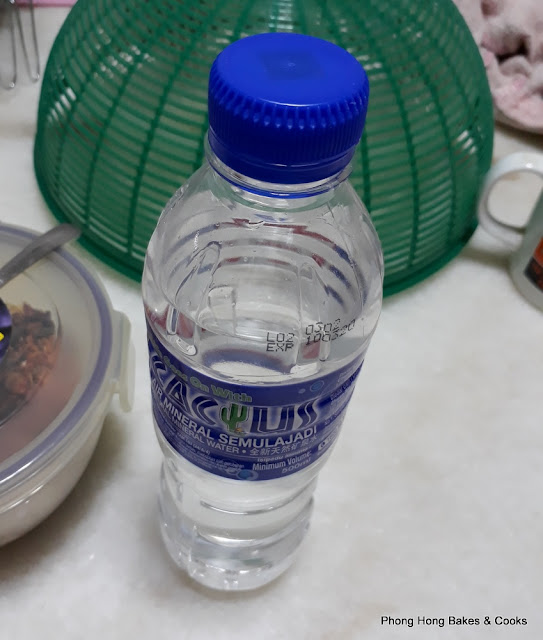 I made sure to put a bottle of water in my bag.

Then at 7:00 am I walked to the polling station which is at a school in Bandar Utama. Along the way, I snapped some pics. 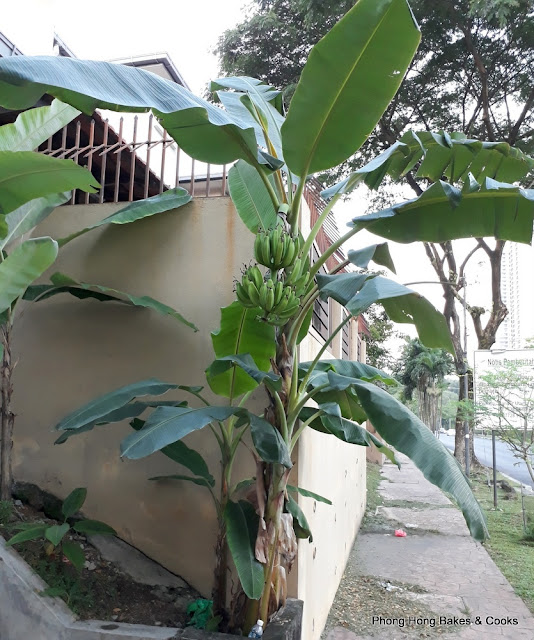 Saw this banana tree behind a house. 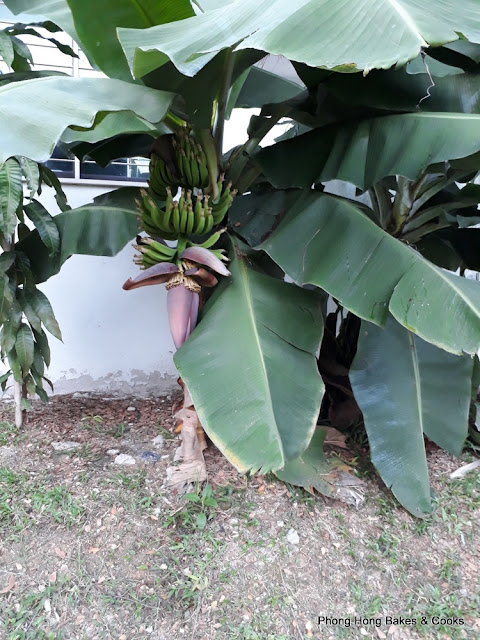 And another that was flowering. 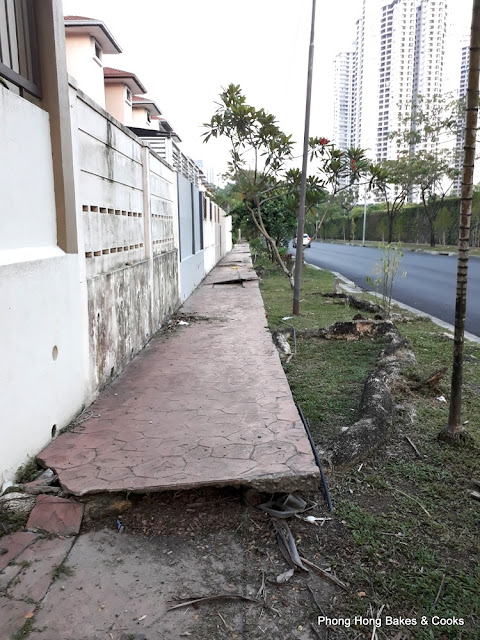 I also noted that the pavements have been damaged by tree roots. So I had to be very careful lest I trip and fall. 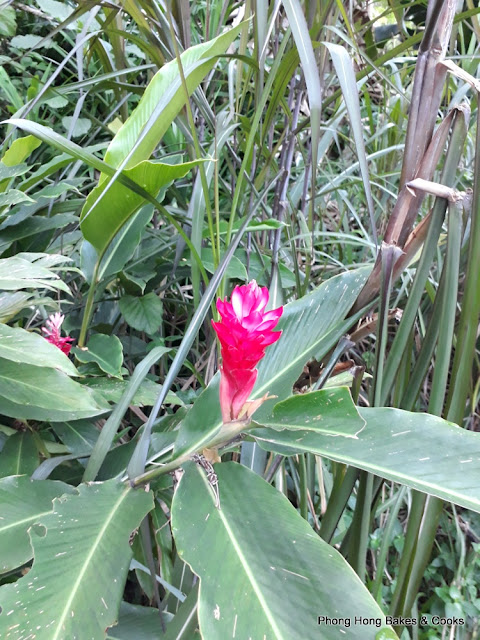 Pretty flower. Am I starting to sound like Sharon? hah..hah... 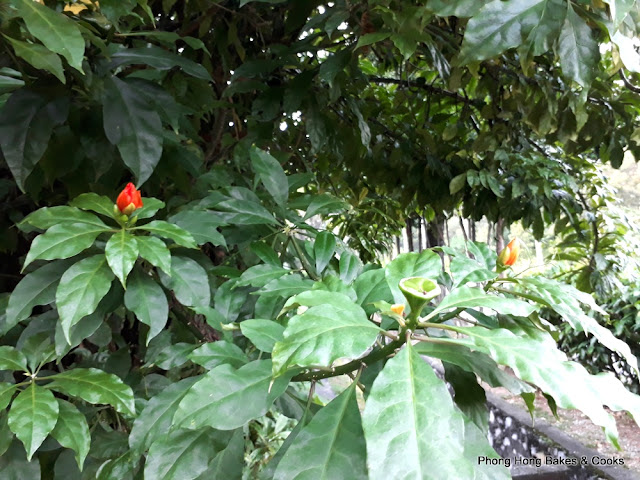 This is a pretty plant that has multi-petaled flowers. 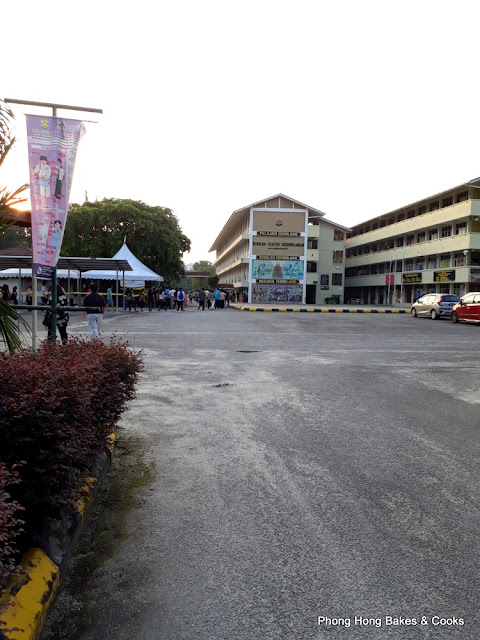 And then I arrived at the school before 8:00 am. I thought I was early but there was already a whole bunch of people there. 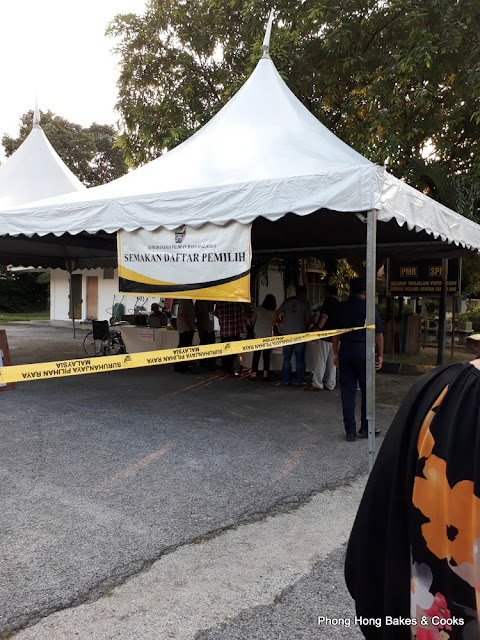 This is where you check your name in the register and they give you a slip of paper indicating your saluran (voting stream). 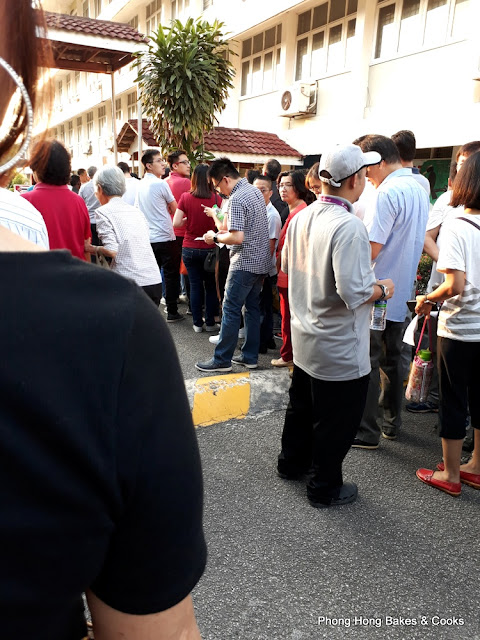 Then you queue. Bah! I thought I would be somewhere at the front. 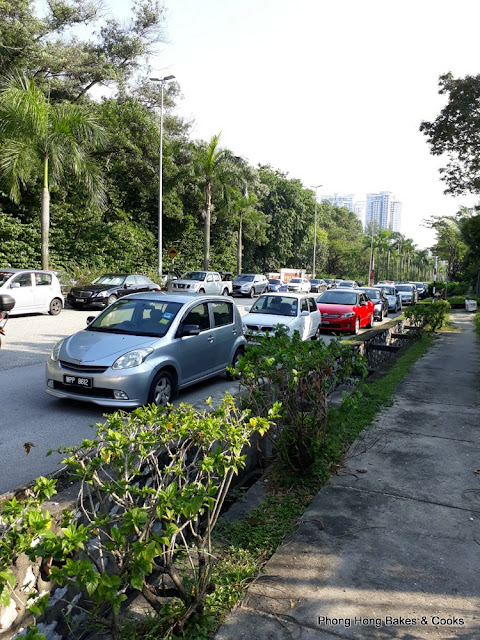 Everything went well although there were some hiccups due to unclear procedures and lack of guidance from SPR staff which resulted in some confusion of where to queue. After I cast my vote, I made my way home. It was a very hot morning and I was sweating buckets.

After I got home, I took a bath and since there was nothing else to eat at home, I headed to 1 Utama for a bite to eat. 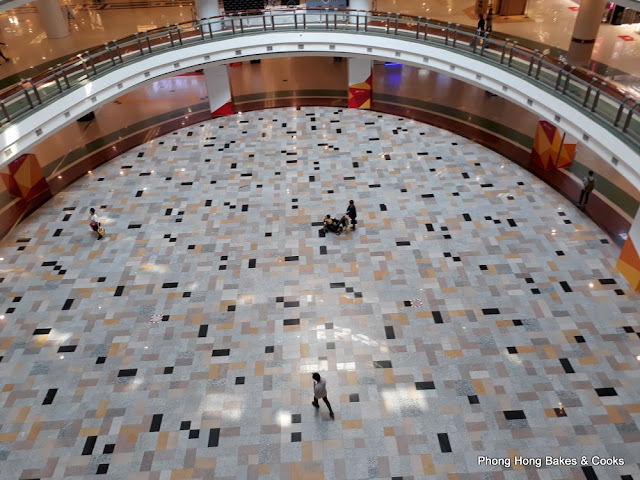 I was early and there were not many shoppers yet. The centercourt at the new wing was bare. I have never seen it like this before. But soon, it will be filled with Hari Raya things.

As I was walking at the mall, I started to actively look at people's index finger. I wanted to know if they have voted. Then I saw a couple who were holding their left hand rather awkwardly. Ah! I noted their ink stained forefinger. Good adek-adek, you have voted.

But the majority had clean index fingers. I hope that they would be voting later as the polling stations close at 5:00pm.

I don't know why I was so upset concerned about the possibility  of these people not voting. But I consoled myself that perhaps these are complacent people who are the supporters of the party that I don't support hee..hee... 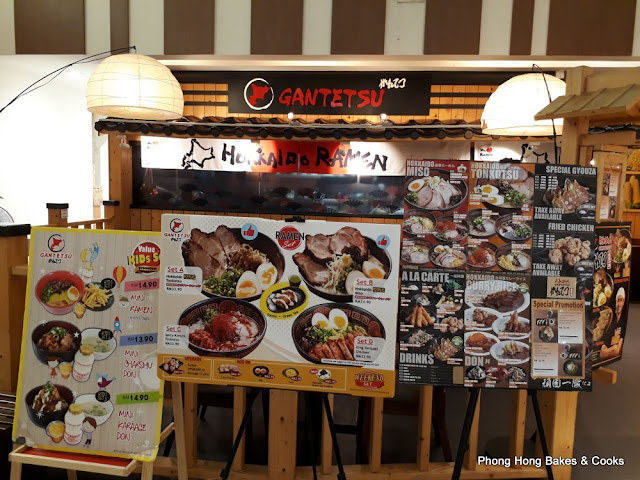 I was famished and was in need of some sustenance in the form of ramen. I headed to Gantetsu@Isetan Eat Paradise to give their ramen another chance. 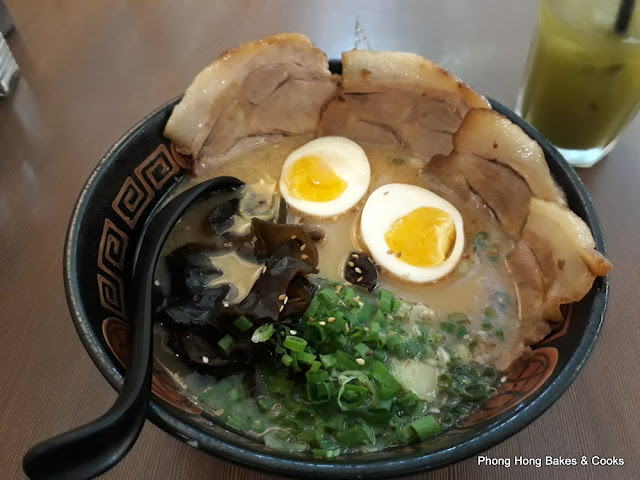 Not bad at all. Much, much better than the first time. 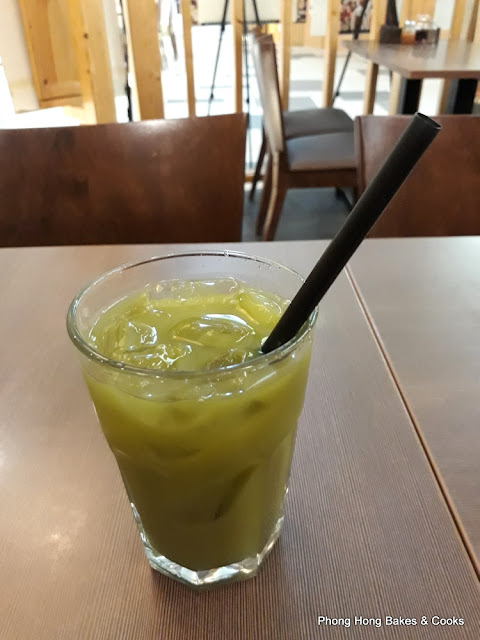 I was also very thirsty.

After my very satisfying meal, I made my way out of Istean Eat Paradise. That's when I saw a queue outside Dave's Deli. It was quite unusual. What's happening? 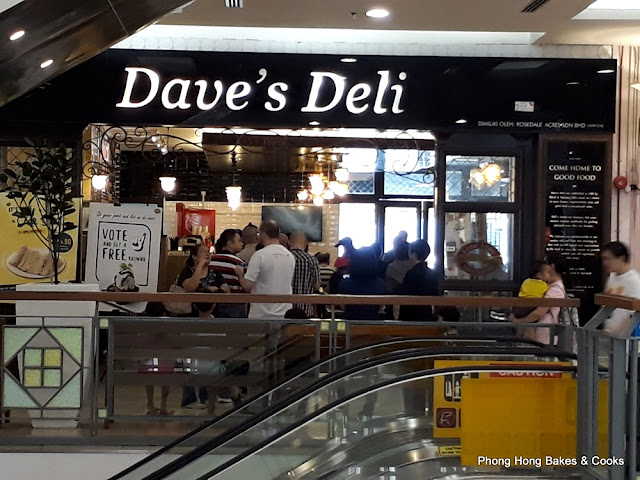 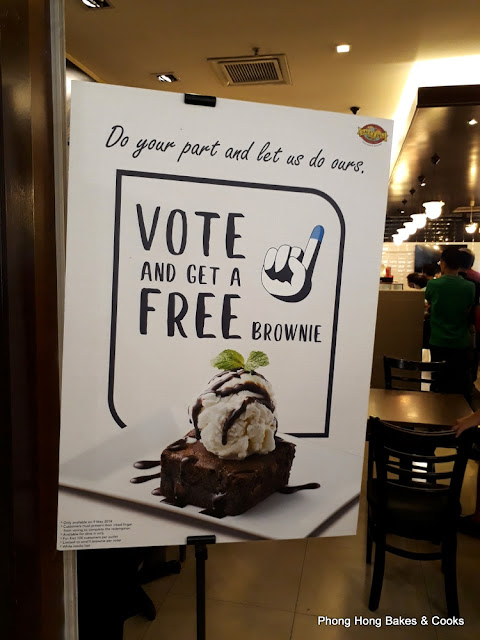 Then a friend sent this via whatsapp. 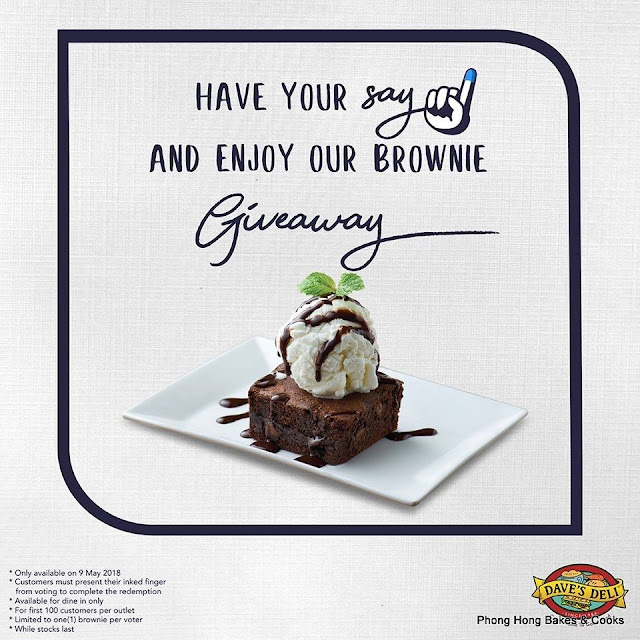 Instead I came here. 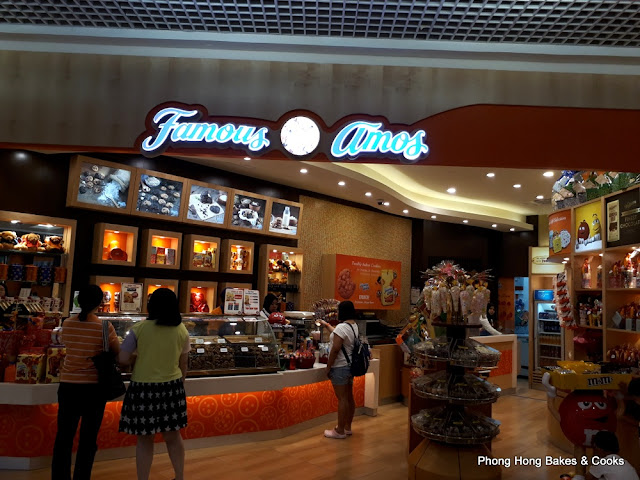 Hee..hee..hee... I have never bought anything at Famous Amos but today I did.

Then I headed to Aeon supermarket to pick up something for dinner. 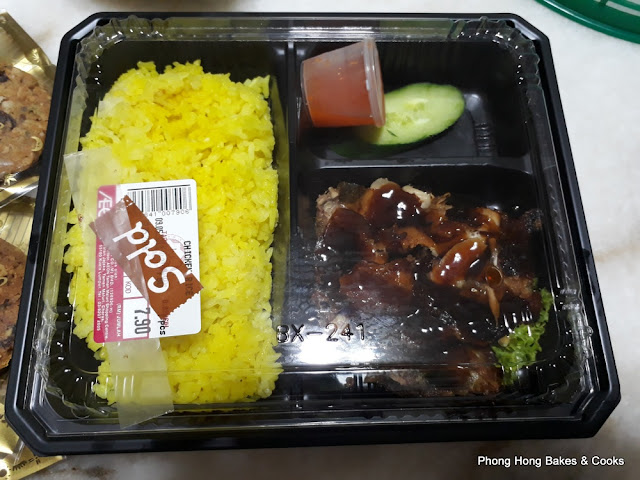 Chicken rice@RM7.90. The Japanese packed meals were not appealing so this was the next best thing. 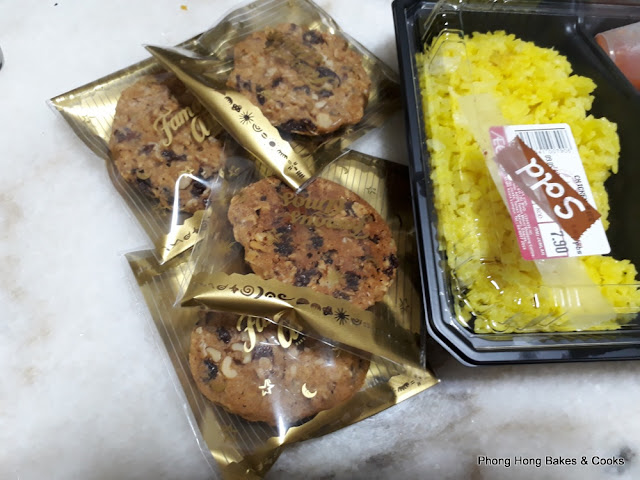 Yup, I bought the buy-3-get-1-free cookies. Chewy Oatmeal Honey Raisin or something like that. Those will accompany me tonight when stay up for the election results. 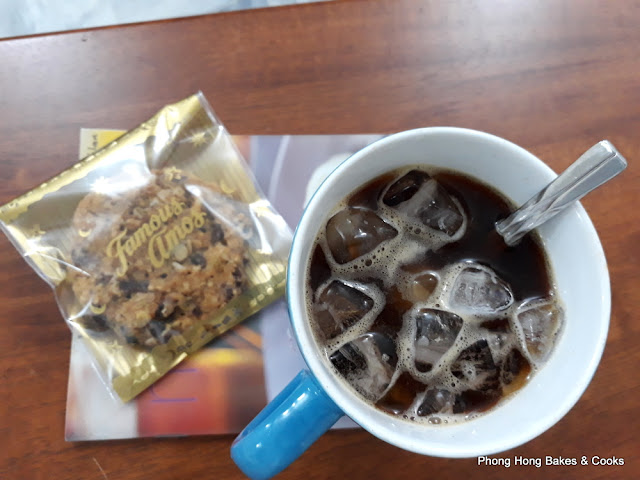 Our prime minister announced that if BN is returned to power, next Monday and Tuesday would be declared public holidays. Nah...I'll still go to work. I have nothing to celebrate.
Posted by PH at 14:40