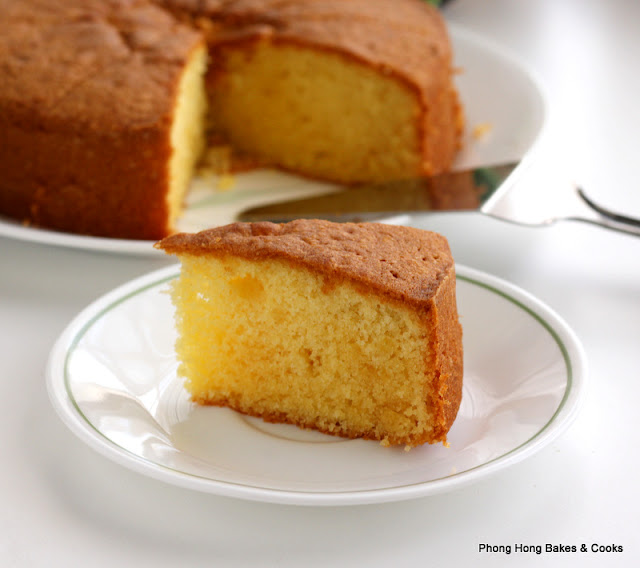 You know, I never liked Butter Cake until I tasted this one. The very famous Mrs SK Ng Butter Cake. It is light, fluffy and buttery.


I tried it many years ago and have never looked back. It's my all time go-to recipe for Butter Cake. In fact I have this recipe committed to memory - 200g flour, 250g butter, 160g sugar and 4 eggs. 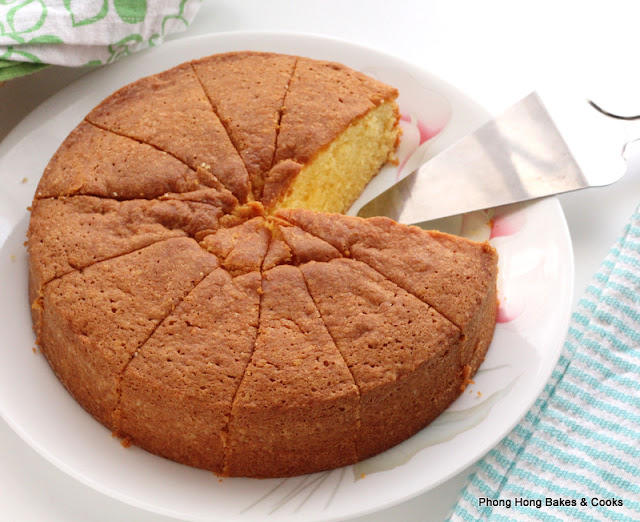 My dad loves Butter Cake and since my parents are visiting soon, I did a trial run on this cake. I haven't baked it in a while and I wanted to make sure that I nail it when I bake it for my parents. 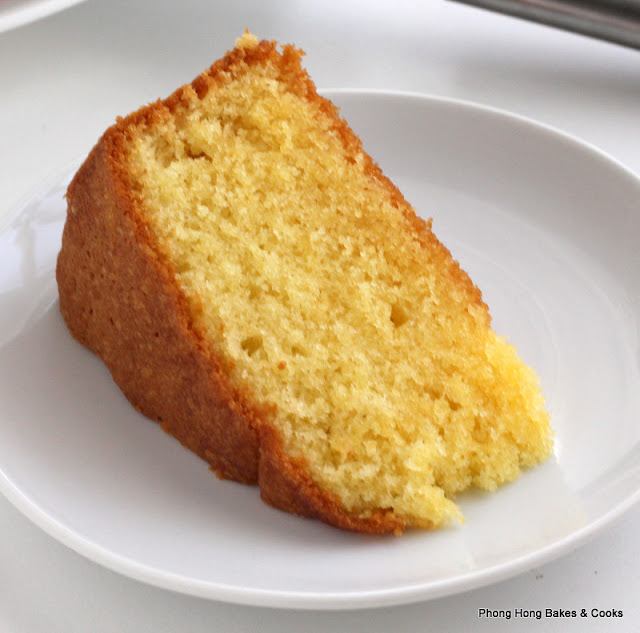 This cake uses the egg separation method, a method which I dreaded when I first started baking. I sucked at separating eggs.

My pet peeve was the egg shell poking the yolks. Imagine separating 3 eggs successfully and then the yolk bleeds when you separate the 4th egg. Arrrgghhh!!!!

So I used to break an egg into a bowl and then pour it into an egg separator. And you know what? It is not foolproof because I have experienced having the whole yolk slip through the slit and then puncturing into the whites. Sigh...

Well, those days are over. Over! I can now separate eggs with ease. Yeah, took me 5 years to get it right.

Another thing I used to do - beat the butter/sugar/eggs first and then wash the beater before beating the egg whites. That was until I bought a second cake mixer and had a spare beater to do the job.

Again, 5 years later, I wised up. Beat the egg whites first, then go beat the butter. I did not do this initially because I was fearful that the beaten egg whites would deflate while I was working on the butter. Nah...this does not happen. The egg whites are fine while standing. 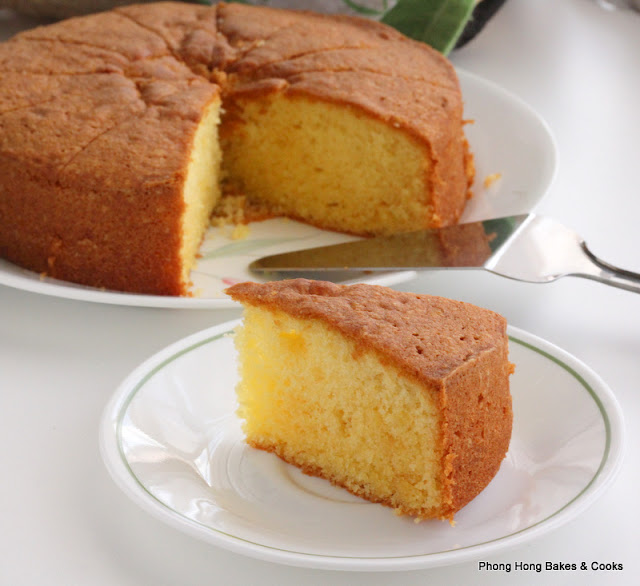 Anyone who loves Butter Cake and has yet to find the ideal Butter Cake, look no further. Bake this one. I insist!

Method
1. Make mixture B first (to save you having to wash your beaters).
2. Using a hand mixer, beat egg whites and sugar until stiff peaks. Set aside.
3. Make Mixture A.
4. Beat butter and sugar until light and creamy.
5. Add vanilla extract and egg yolks, one at a time, beating well after each addition.
6. Fold in flour in 3 additions (I used a spatula to do this) until well incorporated.
7. Take 1/3 of the beaten egg white and fold into the butter.flour mixture.
8. Then fold in the rest of the egg white until combined (you don't see any more white streaks).
9. Pour batter into a lined and greased 8" pan and bake at 160C for 50 minutes or until skewer inserted into center of the cake comes out clean.

Note : I baked this cake on the lowest rack of the oven. 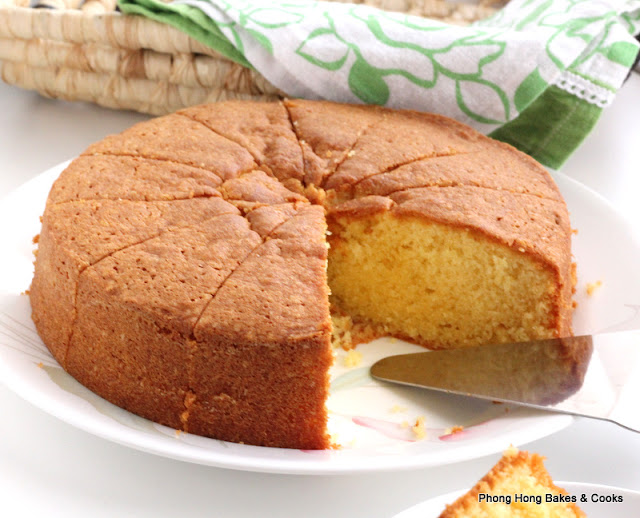