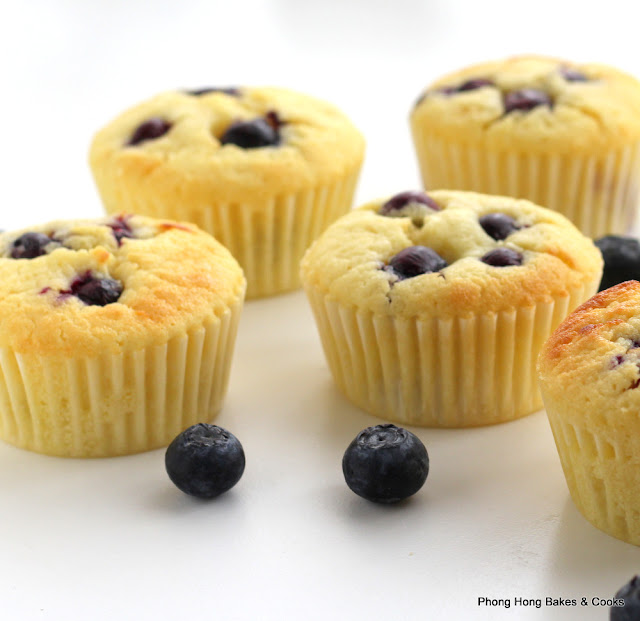 What? Are blueberries on sale again? Well, the last time I bought them for RM9.90 and then the price reduced to RM8.90. So how could I resist?


Besides buttermilk, I also have a thing for blueberries. So it made sense that I baked Lemon Buttermilk Cupcakes with Blueberries. 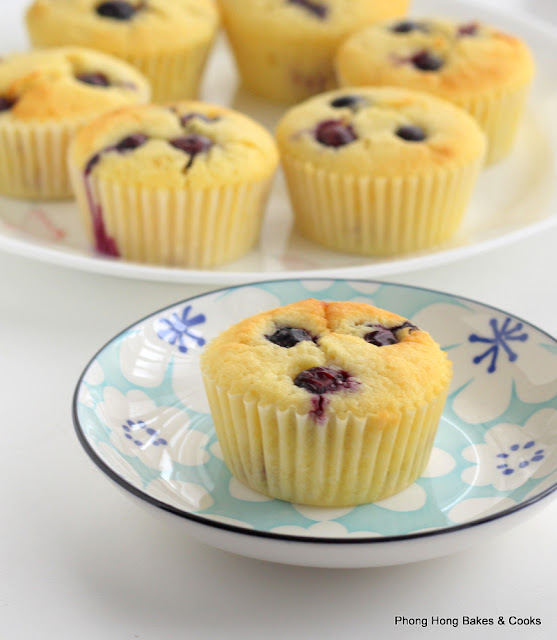 I bought 4 packages of blueberries and two of them (a total of 250g) went into these cupcakes. 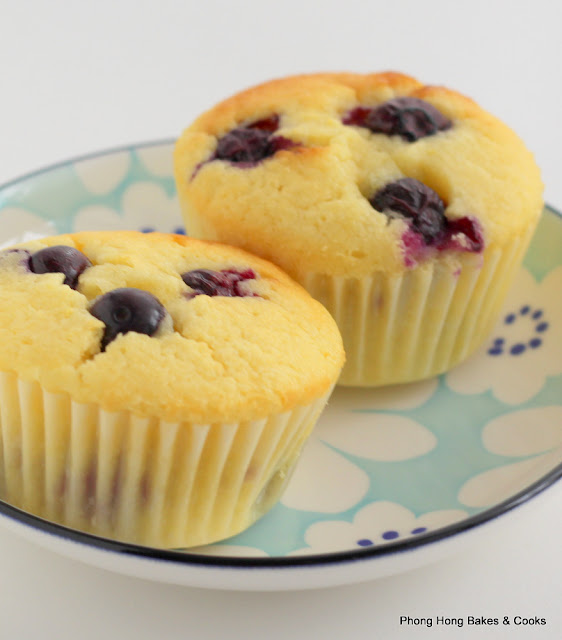 This recipe makes a 9 inch cake or 18 regular sized cupcakes. Luckily I have more than one muffin pan. I used a 12 hole pan for the first batch and a 6 hole one for the next.

What I like about this recipe is that the cupcakes were so soft and fluffy. But they took much longer to bake compared to my other cupcakes - about 28 minutes as opposed to 20-22 minutes. 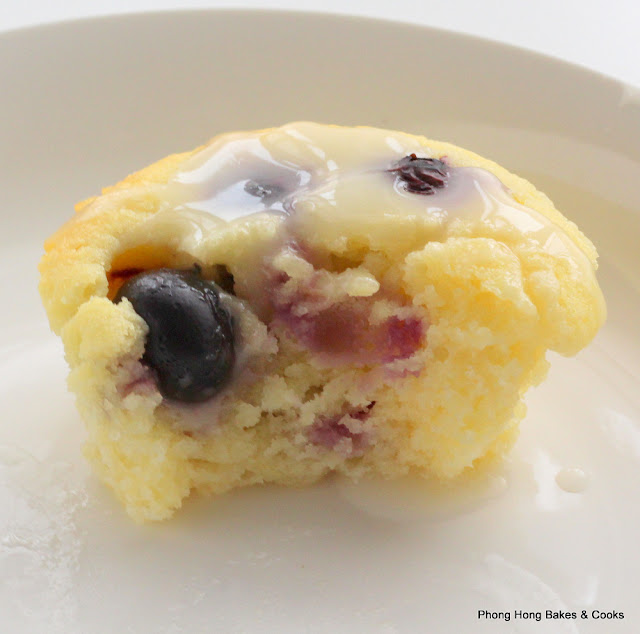 But I was not complaining. Due to my heavy handed reduction of sugar, the cake did taste slightly tart. But nothing that a lemon glaze can't fix. So I made some. 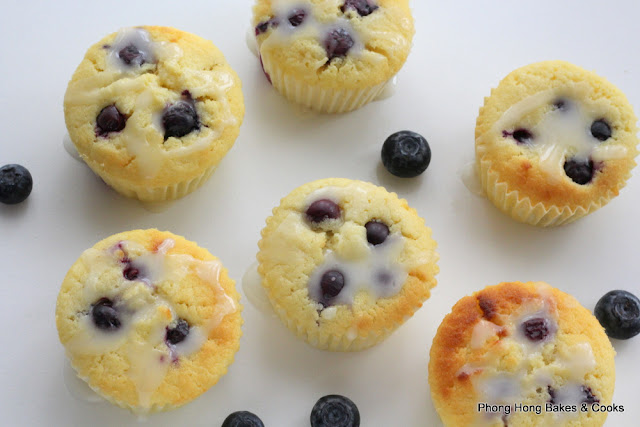 And drizzled the glaze on all the cupcakes. Lemon glaze - it's a miracle, tastiest frosting ever. Tangy and sweet at the same time, it makes you want to eat more cupcakes. Which is actually not a good thing. But hey. Life is short. If you want another cupcake, go ahead. Eat it! 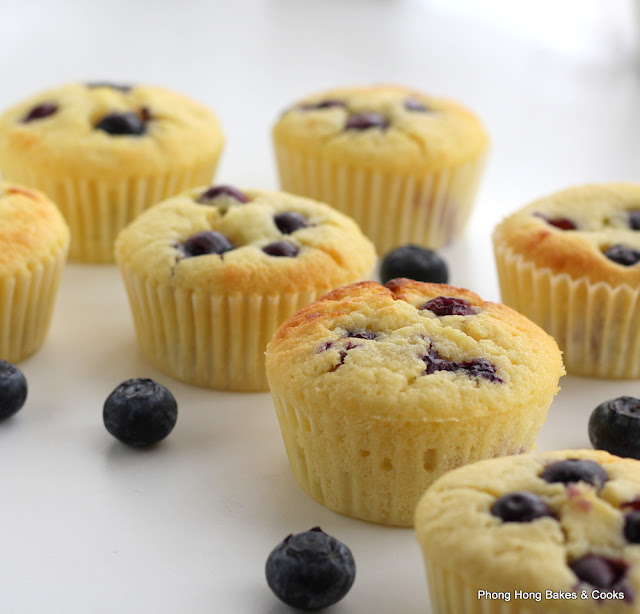 For lemon glaze :
- Simply add some icing sugar to a tablespoon of lemon juice and whisk until you get a pouring consistency. Can adjust by adding more icing sugar or lemon juice to get the texture you like.

Method :
1. Prepare muffin pans and line with paper liners. Set aside.
2. Add lemon zest, lemon juice and vanilla extract to the buttermilk. Stir to combine and set aside.
3. Cream butter and sugar until light and fluffy.
4. Add eggs, one at a time, beating well after each addition.
5. Add flour into the mixture in 3 additions, alternating with the buttermilk (I used a spatula at this stage). Fold until well combined.
6. Using an ice-cream scoop, scoop batter and fill cupcake liners only halfway. Then add 3 blueberries into each liner. Top with batter to cover.
7. Once all the liners are filled, top each liner with another 3 blueberries.
8. Bake in preheated oven at 160C for 25-28 minutes (cupcakes usually take 20-22 minutes but this one took longer) or until skewer inserted into the center of a cupcake comes out clean.
9. Cool cupcake completely and drizzle with lemon glaze. 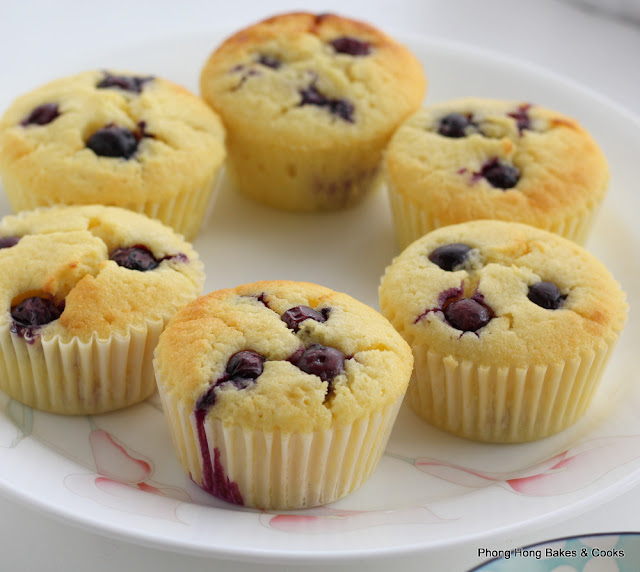