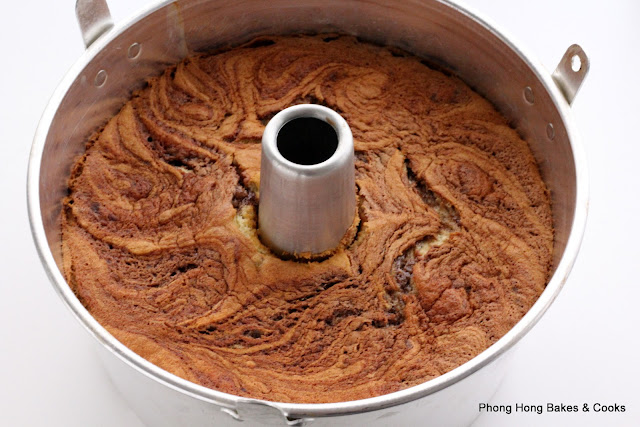 It's been a while since I baked a chiffon cake. Was I out of practice? Will I get it right? Usually when I haven't baked or cooked something for some time, I lose touch and the result is less than satisfactory.


Hey, I wish I could bake and cook everyday, but I can't. So. The occasional weekend, I take out my baking pan and spatula and do my thing. 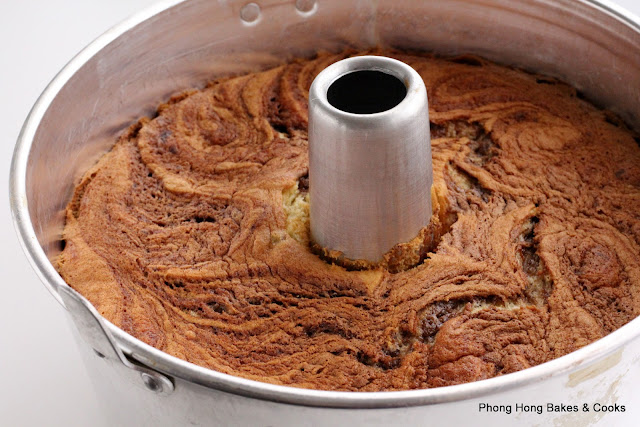 I wasn't exactly organised that morning which is not a good thing when you want to bake. And then I had a disaster with the egg whites.

I guess I took things for granted and did not check to see if my mixing bowl was clean (oil free). The egg whites could not beat up and remained foamy and limp. Bah!

I had to throw out the whole lot, wash the bowl and start over.

And to show you how out of touch I was, I forgot to preheat the oven. Haiz......

So you see, my egg yolks/banana batter was sitting for some time while I sorted the egg white business and now the batter had to wait some more while the oven heated up.

Not only that, I had the case of itchy fingers and I added Nutella swirls to my cake. 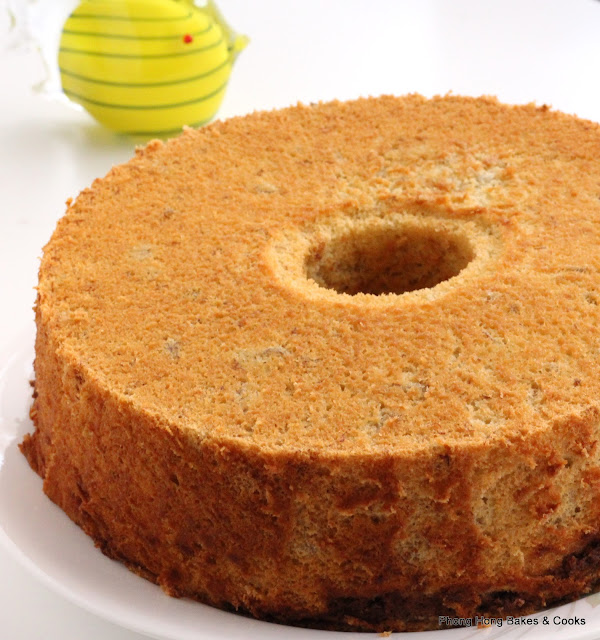 Luckily all went well and a chiffon cake came out of the oven eventually.

I was very tempted to try the bare hand method of removing the cake from the pan but, no. Better not. So I used the good old spatula-poking-poking method that resulted in my cake having a shaggy outline. 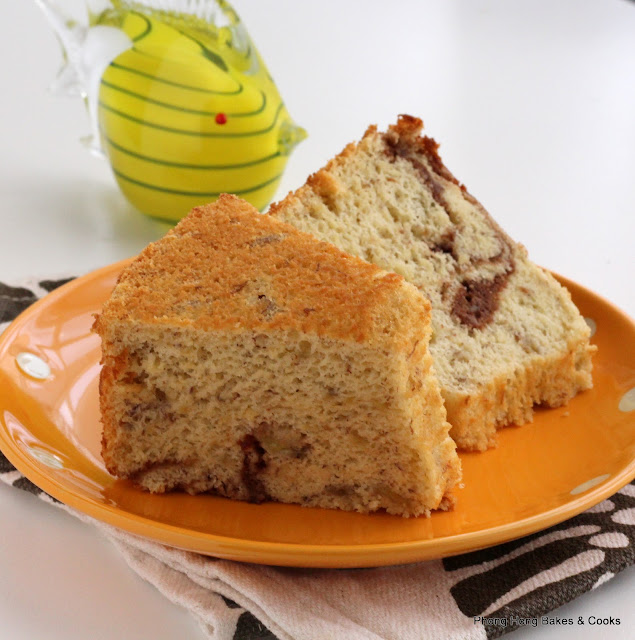 In spite of the mini disasters, this chiffon cake turned out pillowy soft and fluffy with wonderful banana and Nutella aroma. It calls for a second attempt (because I want to eat some more).

Egg Yolk Batter
1. Beat egg yolks, milk and coconut oil until emulsified.
2. Sift flour bit by bit into the mixture and mix until well incorporated.
3. Fold in the mashed bananas. Set aside.

To complete the chiffon cake batter :
1. Take 1/3 of the egg white batter and fold into the egg yolk batter.
2. Pour the egg yolk batter into the remaining egg white batter and fold until evenly mixed.
3. Remove a few tablespoons of the batter and mix with Nutella. Set aside.
4. Pour batter into a chiffon pan and spoon Nutella mixture into the batter. Use a butter knife to swirl.
5. Tap chiffon pan gently on worktop to remove air bubbles.
6. Bake on lower rack at 160C for 45 minutes or until fully baked.
7. Invert pan and leave to cool completely before removing cake from the pan. 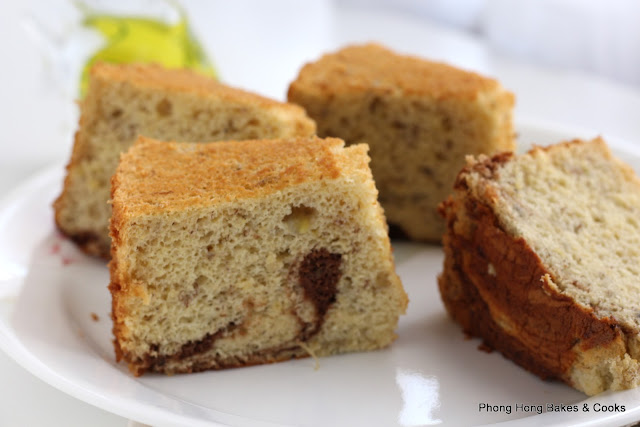