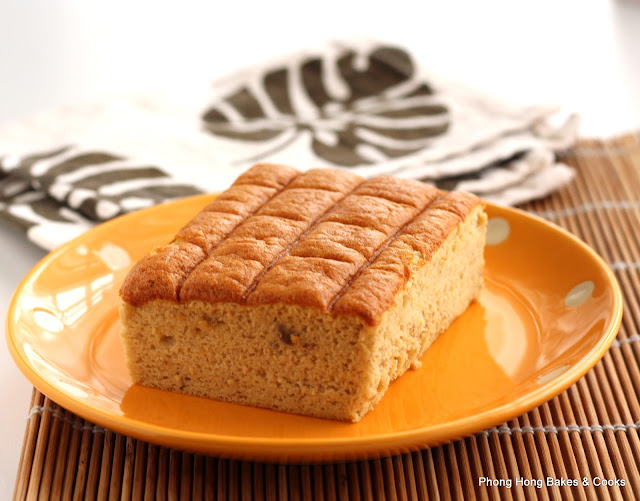 After baking Pandan Cotton Cake, I had 120ml of coconut milk left. I did not have any other use for the coconut milk and not wanting it to go to waste, I baked another cake.


Since there were two very ripe bananas in the pantry, my banana cotton cake was born hee..hee.. 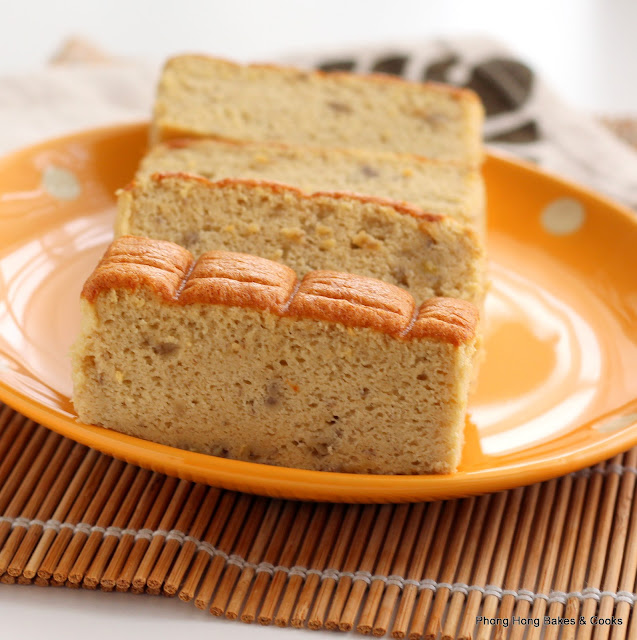 Just for something different, I used gula melaka (coconut sugar) in place of caster sugar. I grated the gula melaka and dissolved it in the coconut milk.

The smell was wonderful, immediately evoking thoughts of cendol or pengat pisang.

After I placed my cake pan into the oven, to my horror, I realized that I forgot to add coconut oil into the batter. Arrrrrrrrrrgghhhh!!!!

Too late. This happened to me before when one of my ingredients missed the bus. 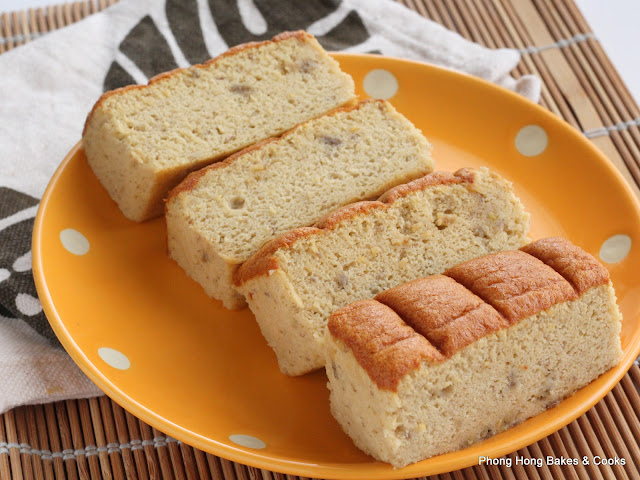 To pacify myself, I reckon that the coconut milk would more than compensate for the lack of oil since I used used more than the usual amount (120ml instead of 80ml).

This time, I inverted the cake (hence the markings from the cooling rack on the top of my cake) and prayed hard that the lack of oil would not significantly affect the cake.

Thankfully, the cake turned out nice and moist and fluffy and you would not notice the lack of oil. However, it lacked the fragrance of coconut which would have been present had I not missed the coconut oil. 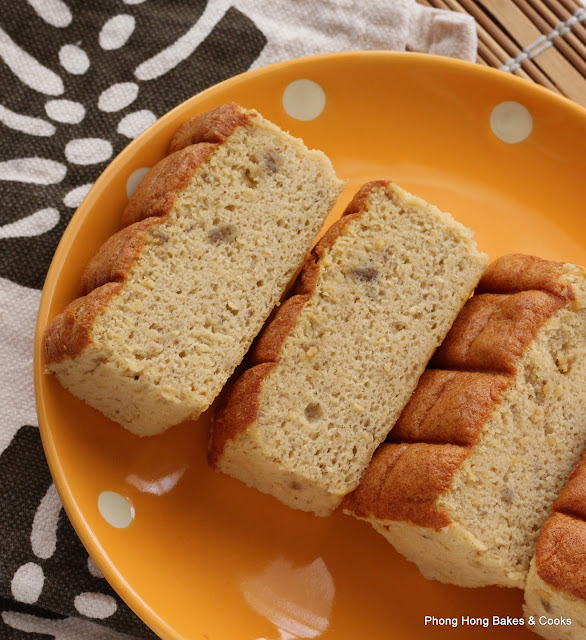 I also noted that 70g of gula melaka was too little as my cake was not sweet enough. I reckon 100g-120g would be better for taste and added aroma. 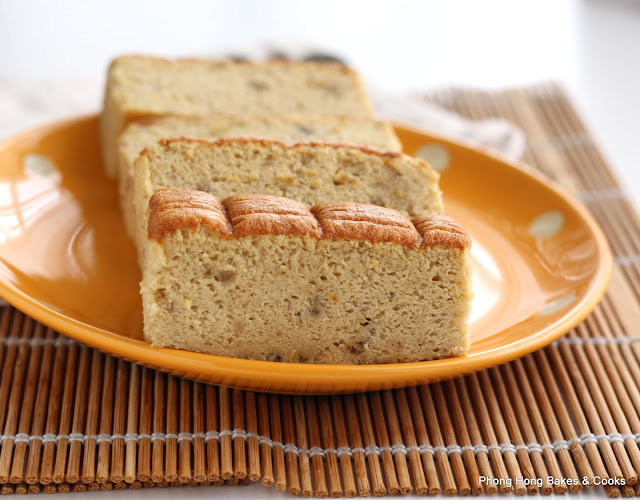 Egg Yolk Batter
1. Dissolve the gula melaka in the coconut milk.
2. Beat the egg yolk together with the coconut/gula melaka mixture and coconut oil (if using).
3. Add flour bit by bit and fold until incorporated.
4. Add mashed bananas and stir to mix. Set aside.

To complete the cake :
1. Take 1/3 of the egg white mixture and fold into the egg yolk batter until evenly mixed.
2. Pour the egg yolk batter into the remaining egg white mixture and fold until evenly mixed.
3. Pour batter into a lined 9" square pan and steam bake at 140C for 55 minutes until the top of the cake is browned and dry to the touch. 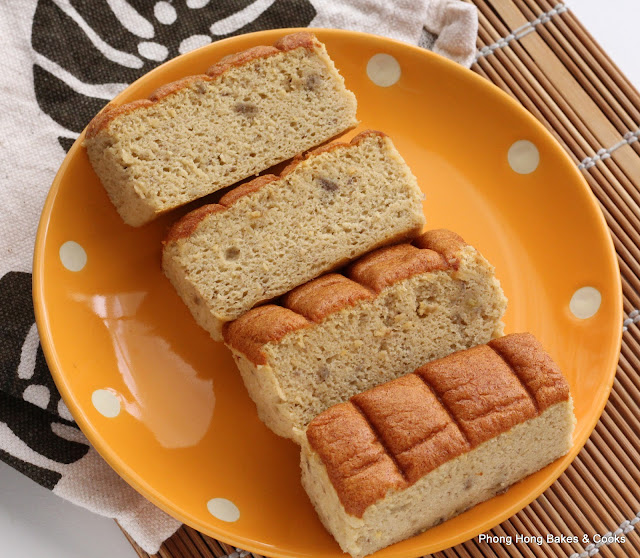