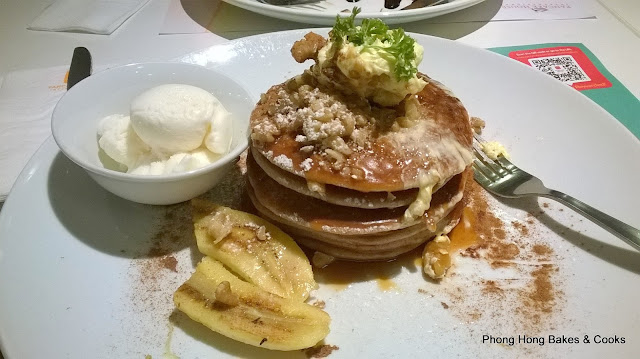 Last weekend, my brother and I set out on another of our quests to find good ramen. Yeah, we love ramen so much that we are game to try all the Japanese restaurants that  are reputed to serve good ramen. So what's with the pancakes?


I'll get to that later. First up ramen. Where? Our target this time is Hakata Ippudo@ The Gardens. Before setting out to Ippudo, we googled and checked the menu.

The menu is rather extensive and there are lots and lots of goodies to eat. Even their ramen, you have many choices. We actually planned on eating just ramen and then adjourn elsewhere for desserts.

But we couldn't resist. We had to have Deep Fried Chicken Wings. 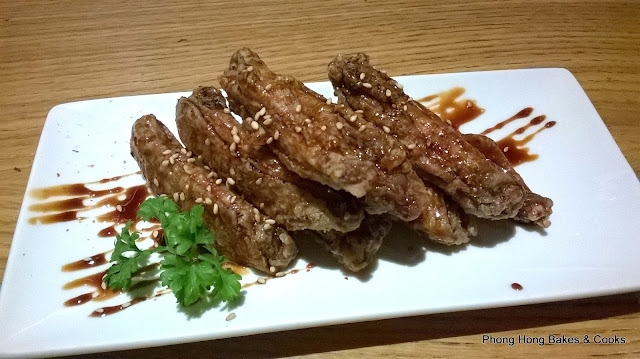 These are the mid-wings, they sort of looked like ribs. We thought the wings were fantastic. Very crispy with great flavors.

And of course, my brother's favorite, gyoza. They were good and did not disappoint. 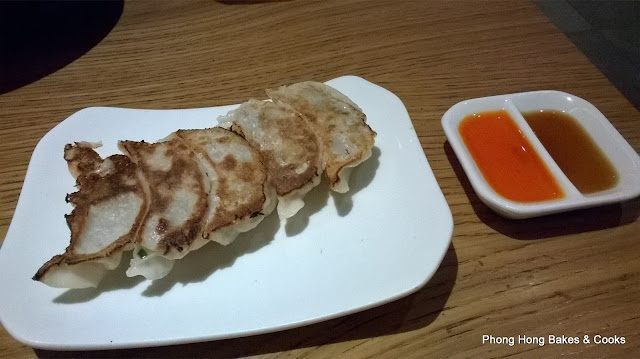 As for the ramen, I was spoilt for choice. That's the problem when I am confronted with too many choices, I can't decide. Eventually, I settled on the Shiromaru Special. I was asked how I would like my noodles done and I chose normal. 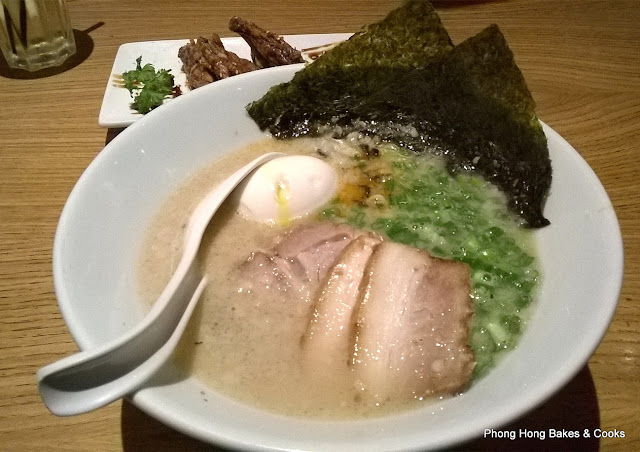 I took a sip of the broth and the second sip confirmed that the broth lacked depth of flavor. Not only that, it tasted diluted to me. 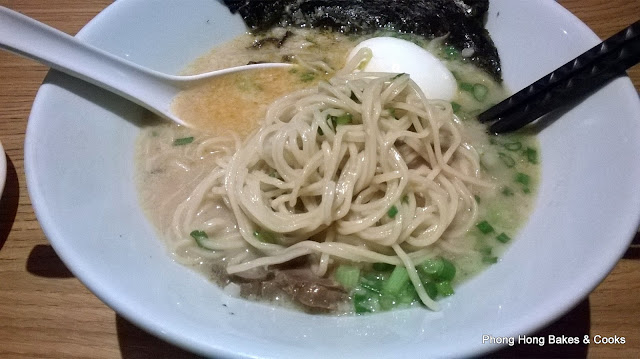 The noodles here are much thinner compared to the ones I have eaten before. But no complaints, the texture (normal) was just right for me. 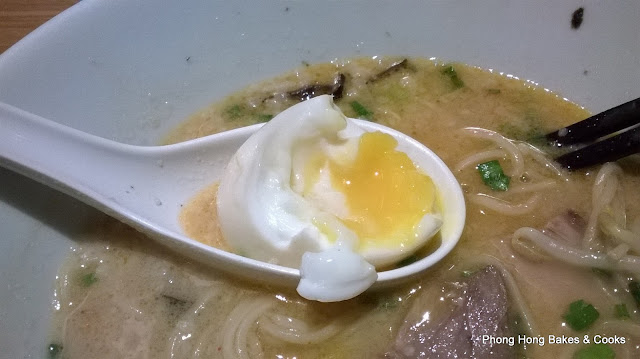 And they got the soft center egg spot on.

My brother chose the Akamaru Special, which I felt was the better choice. 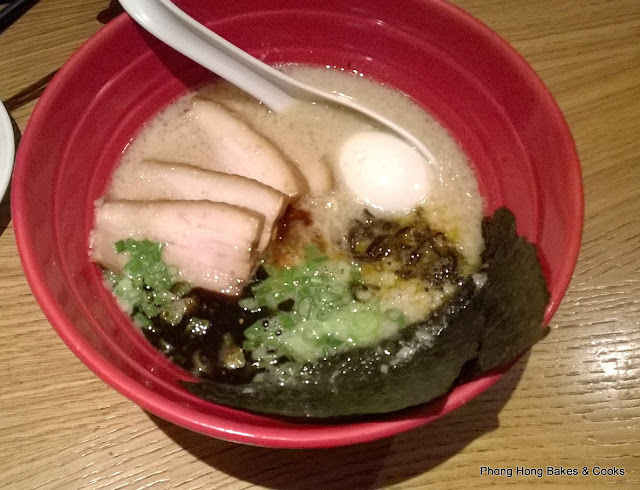 Just like me, he found the broth quite mild. We prefer a much stronger and thicker broth.

There was miso paste in the broth and upon adequate mixing, the broth became wonderful. 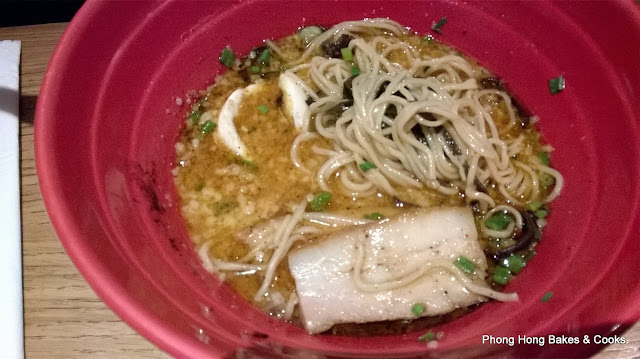 I had a taste and I wished I had ordered this one instead. My brother's choice for the ramen was hard and I assume that it would have more bite than mine.

After we were done, we walked back to Mid-Valley in search of desserts and we stumbled upon Pancake House International. 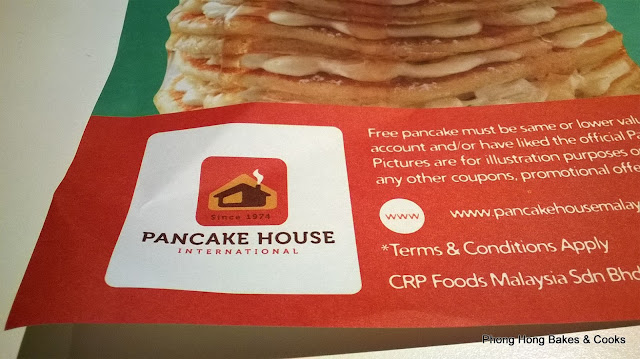 After browsing the menu, my brother wanted the Waffle Foldover and I suggested we just get that and share. Nope, my brother said that if we shared, we must get another item. We don't to to be fighting over the waffle, do we? hah..hah.. 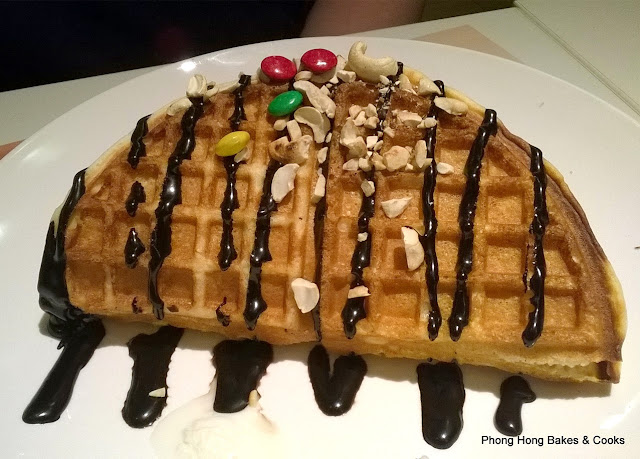 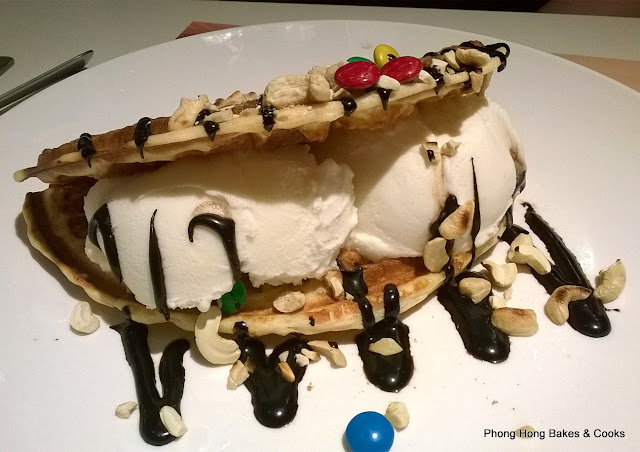 ....with generous scoops of vanilla ice cream. It was very nice, crispy waffle with ice cream, how can it not be nice?

As for our other dessert, I picked the Banana Cinnamon Pancake, which turned out awesome. 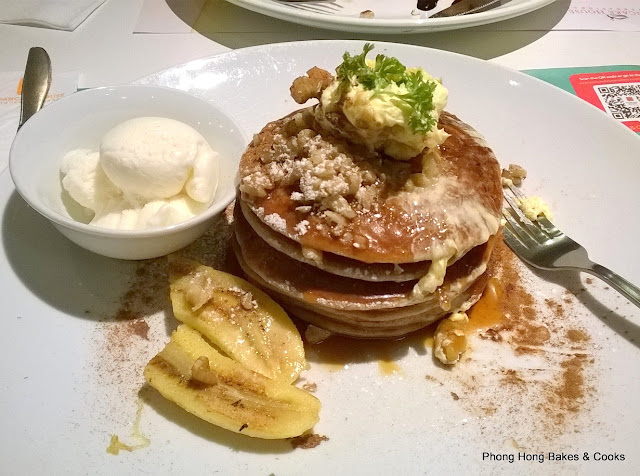 The pancakes were so fluffy and I loved the combination of the caramel syrup, cinnamon and walnuts. The dollop of butter on top of the pancake was really something. 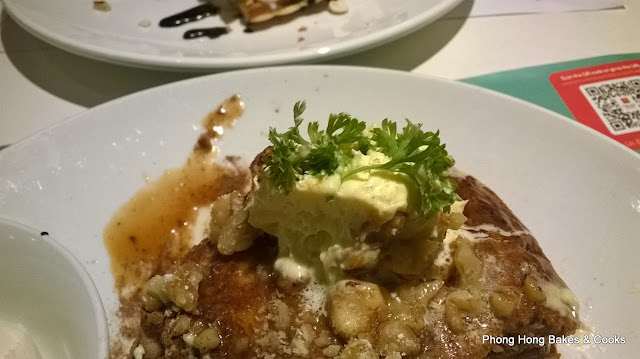 But what's with the parsley? It did not belong so I picked it up and set it aside.