Elvis! (And a Burger) 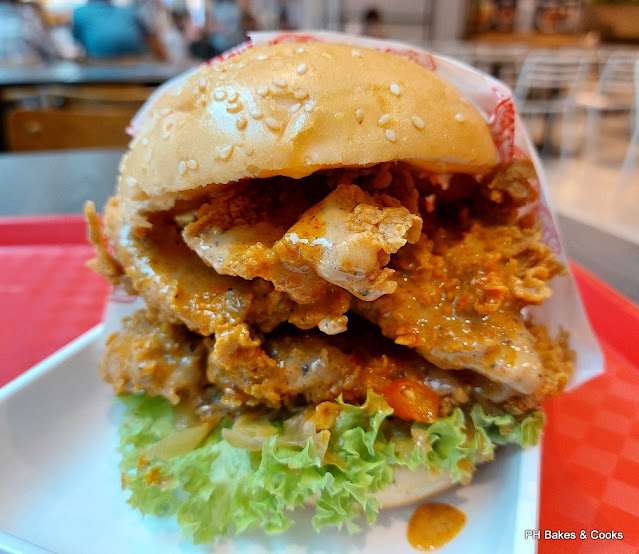 As far as I know, Elvis Presley (bless his soul) loved his food.
Among them, his iconic Fried Peanut Butter and Banana Sandwich. And then there was his favorite Banana Pudding. The man was killed largely by drug abuse and I say carbohydrates (and vegetable oils) also played a major role in doing him in. Why am I talking about Elvis?
Well, last Saturday I went to watch the movie Elvis. My partner was not too happy when I announced that I was going for a movie. You know lah. The virus thingy is still not over.
I don't know much about Elvis except for a few of his songs and the way he moves on stage. During his heydays, I was still a very young kid. When he died in 1977, I was 10 years old,  still not aware of music in general (unlike youngsters these days) and only interested in Ultraman (hah..hah..hah..). 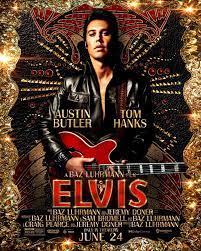 I enjoyed the movie, it's not epic like Bohemian Rhapsody, nevertheless I found it thoroughly entertaining. This story is told from the viewpoint of his manager Colonel Tom Parker played by Tom Hanks. I thought Tom Hanks put on a strange accent and later in the movie, it was revealed that Colonel Tom Parker was originally from the Netherlands. Patut lah...
Austin Butler's stellar portrayal as Elvis kept me glued to the screen (in particular the stage performances) and at times it's like watching the real Elvis. Pretty much how I felt when I watched Rami Malek as Freddy Mercury in Bohemian Rhapsody.
And boy, is Austin Butler easy on the eyes (ahem..ahem..cough..cough). If I were a teenager, I would have had a major crush on him wahahahaha!!!
I was especially amused by the scene where Elvis performed with his trademark pelvis gyrations and the girls in the audience were riled up in a frenzy woohoo! I felt like getting up and getting it on too! It was so exciting hee..hee...

Those moves got Elvis into plenty of trouble. Back in those days, that sort of thing was considered indecent. Sort of reminded me of Inul Daratista's controversial gelek gerudi back in can't-remember-when. These days it takes much more to shock us. Elvis opened to mixed reviews but I never care for the critics, I just care what I think. I say go watch the movie if only for Austin Butler's performance. Maybe he will get an Oscar like Rami Malek did heh..heh...
Now back to the burger in my post title. That was lunch before the movie.
I went here. 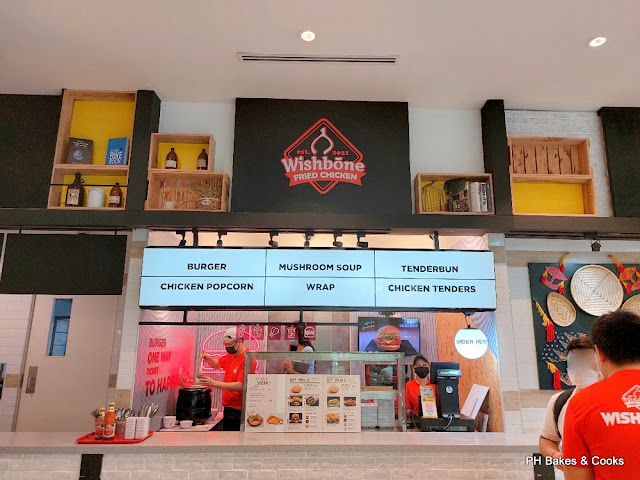 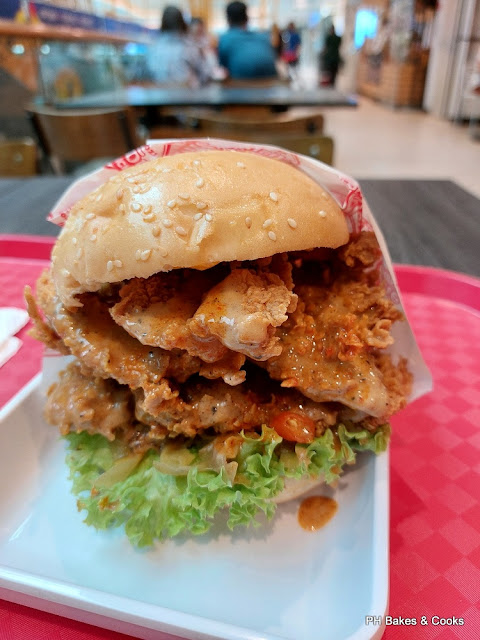 Whoa! Look at that! There is no way I could tackle this burger elegantly except with the assistance of a knife and fork. 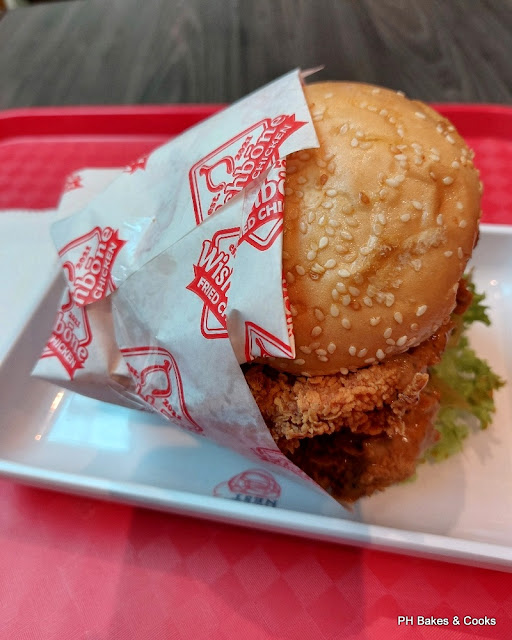 So this was how I went about it. 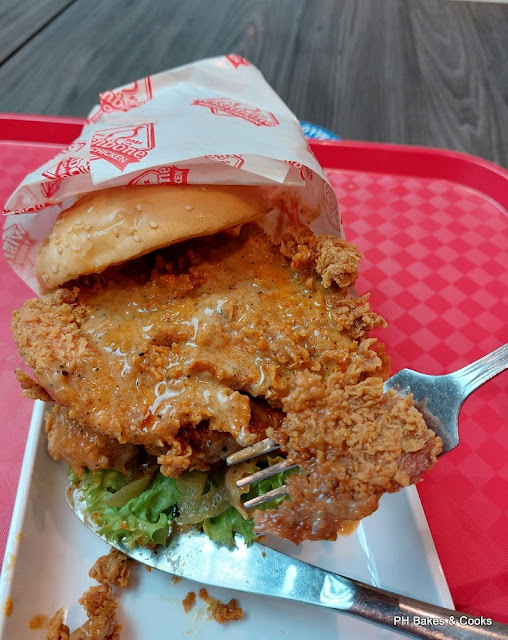 There is a sauce, I wasn't asked to choose and I failed to specify my choice. It was spicy and had a curry taste. Maybe it was the Curry Kaw Sauce.
First thing I ate was the crispy chicken skin. Yup, it was crispy and crunchy all right. 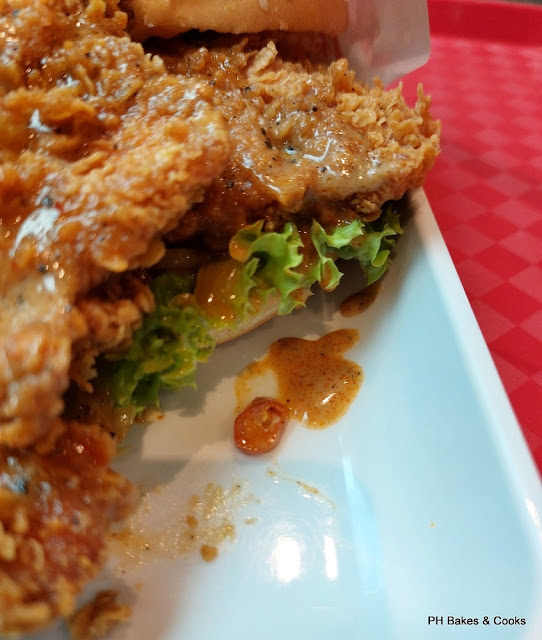 See the cili padi there? 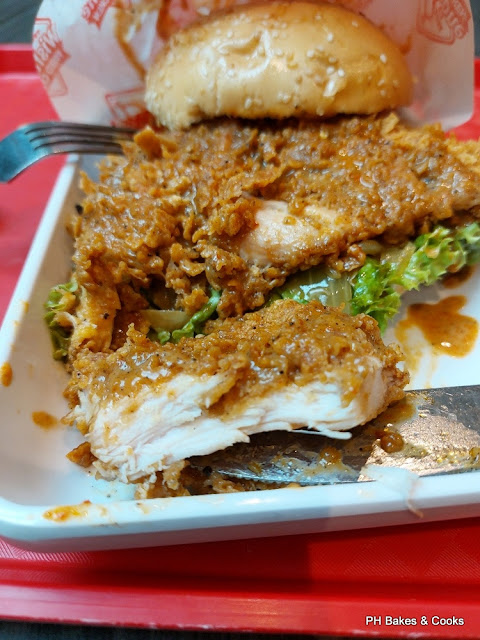 As for the the XXXL chicken patty, it was battered deep fried (Elvis would have approved) chicken, very crispy and crunchy. Flavor wise it was savory and spicy. From the looks of it that patty was chicken breast (not my favorite). 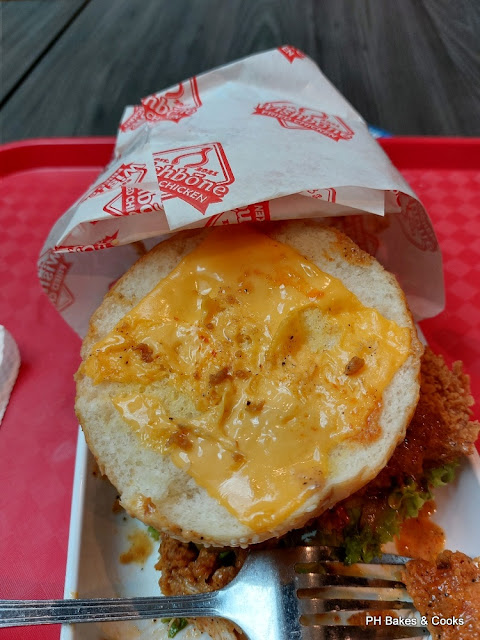 The cheddar cheese melted into the bun. The bun was soft and fresh but it was plain and bland. I like buns with that nice yeasty smell, but this wasn't one of those. 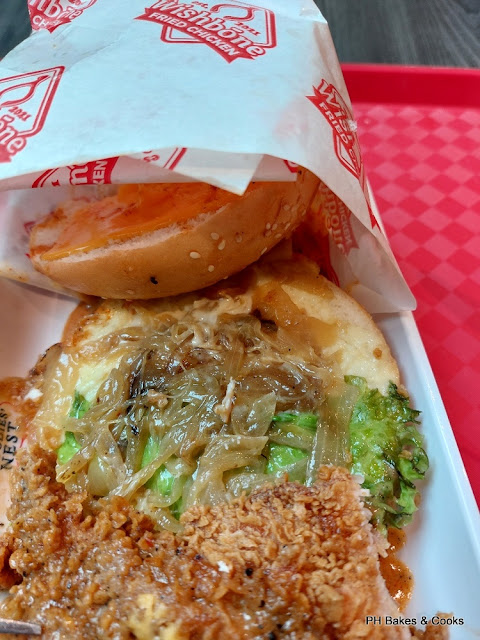 Underneath the chicken patty were the caramelized onions (which lent a wonderful flavor, the only thing that I liked about this burger, unfortunately) and under the lovely onions was a wilted leaf of lettuce. This chicken burger, magnificent looking as it is, did not resonate positively for me. But don't take my word for it, ok? You have to try it for yourself to decide.
After lunch, I went for a palate cleanser. 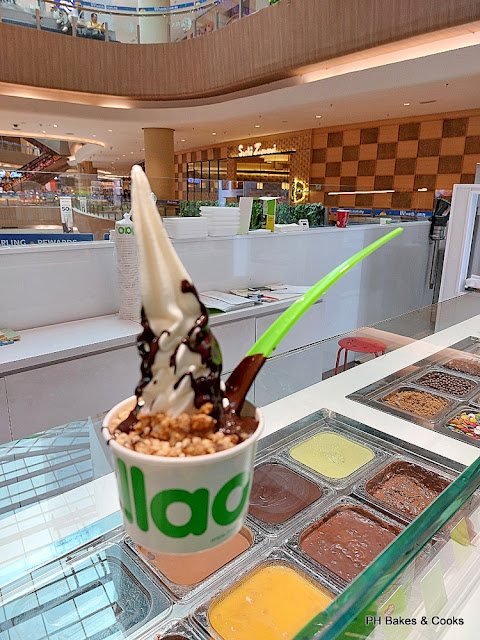 heh..heh..heh... I love this frozen yogurt! I had a great Saturday. Nice dessert. Nice movie. Those more than made up for the lunch that was not as good as I had hoped.
Posted by PH at 08:35