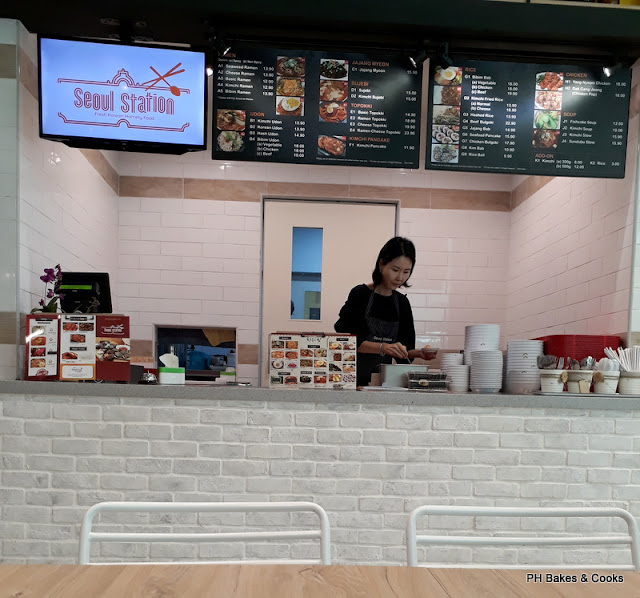 Two stalls at A Foodie's Nest @ The Starling have since closed, namely the chicken rice stall and the seafood noodle stall (can't remember the name).


In their place are two new stalls, Seoul Station and Ramen Express. Ramen Xpress opened much earlier and I will write about it later.

First I will cover Seoul Station because I love Korean food. There are two Korean ladies manning this stall. But they are not there all the time.

Let's look at the menu. 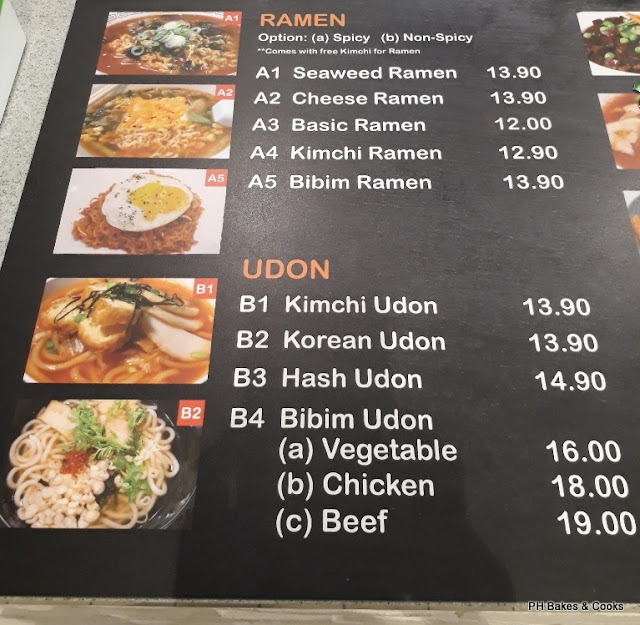 They've got ramen and udon.... 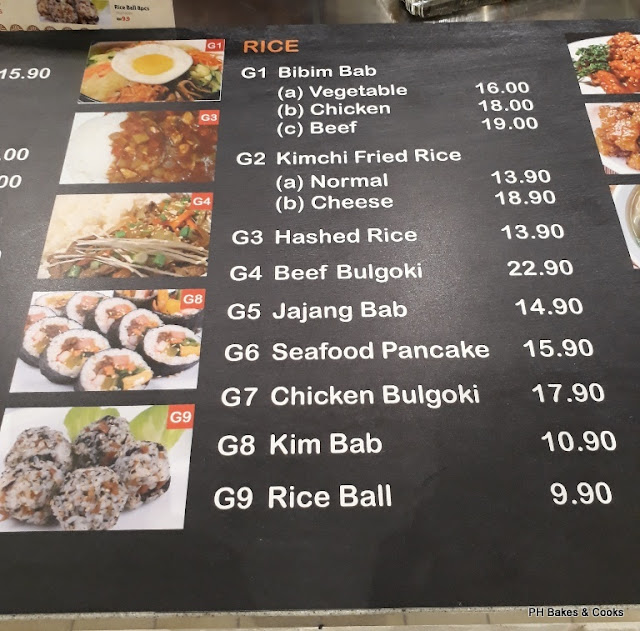 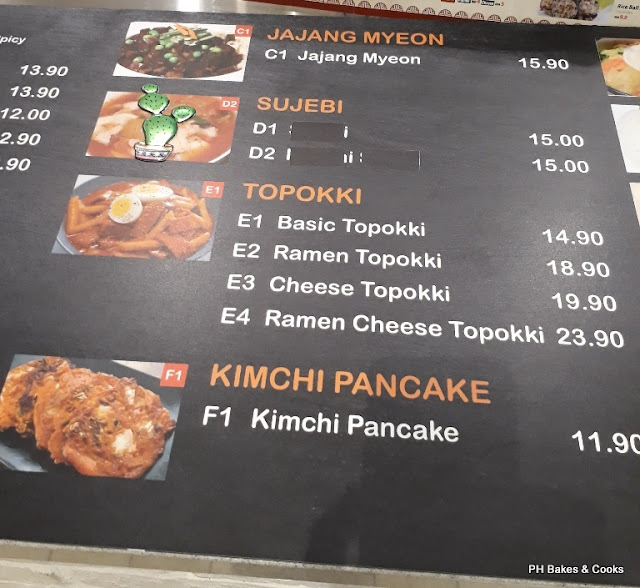 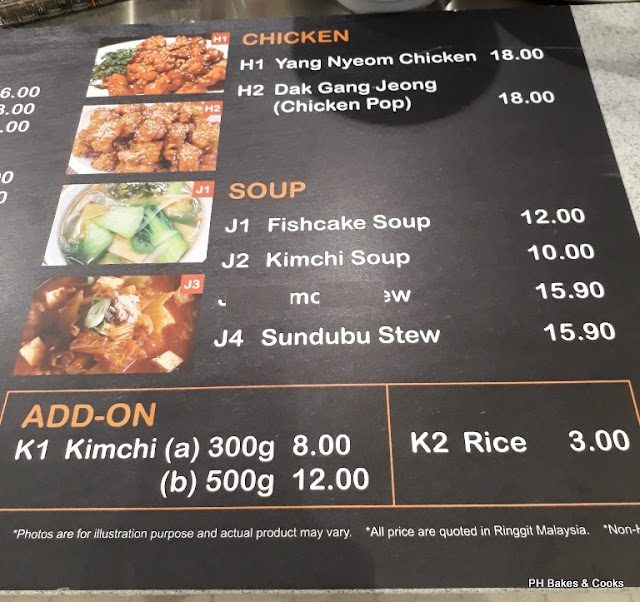 On my first visit I had the Bibim Bap (chicken). 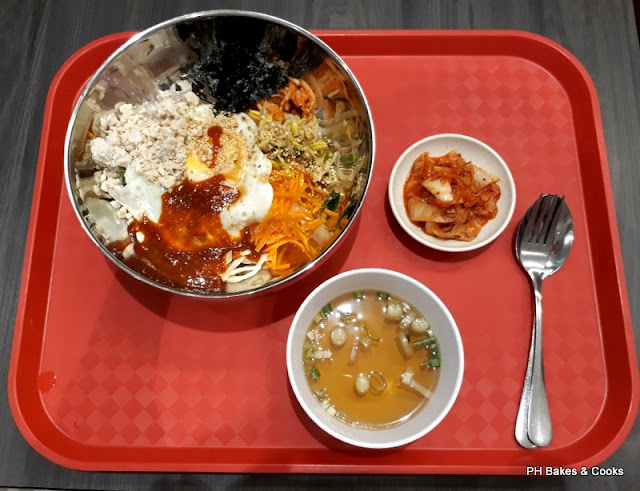 It is served in a light metallic bowl with soup and kimchi. 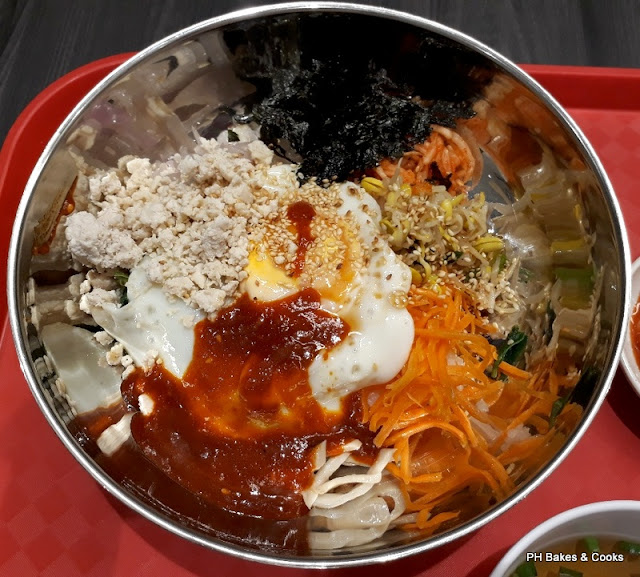 I was somewhat disappointed that the chicken looked like that - minced ground chicken, all crumbly and dryish. I mixed everything up to eat and the taste was unmemorable.

But special mention to the kimchi (sourish and pungent, somehow I found it agreeable and threw it in together with the Bibim Bap)) and the ordinary looking soup (which tasted great).

Next I had something I was curious about - Jajang Myeon which is noodles in black bean sauce. 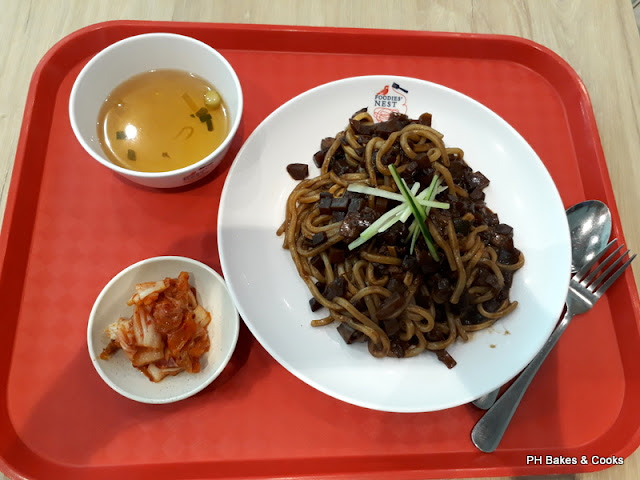 I'm afraid that I found this noodle dish unremarkable. 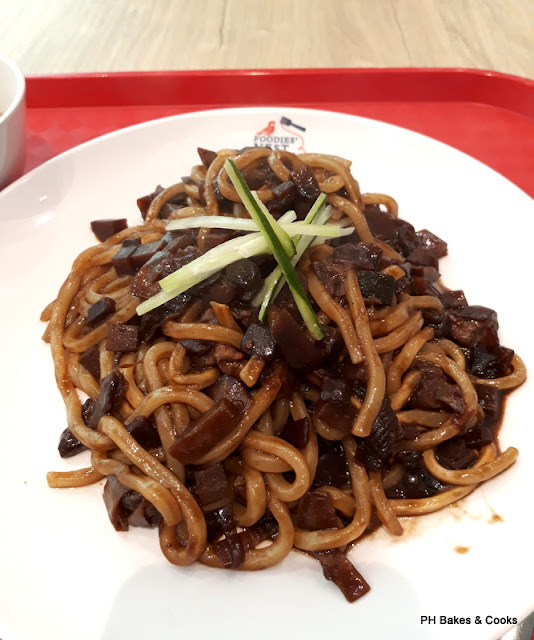 It was flat and bland to me with no distinctive flavor. In fact this is my second Jajang Myeon, and I had this just to confirm how I felt about the first Jajang Myeon I ate at Oiso recently. 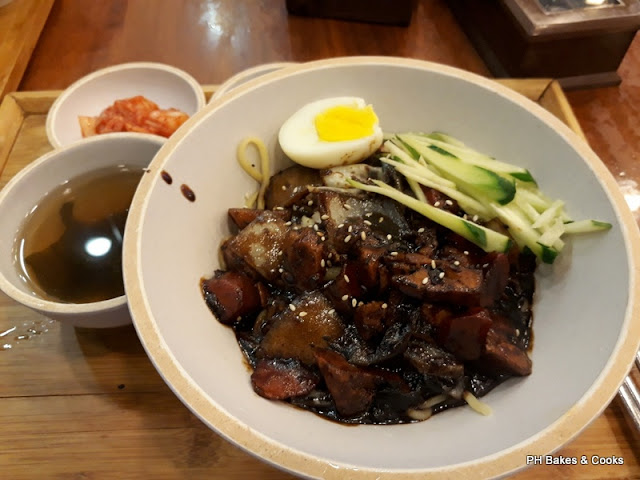 This one at Oiso did not wow me either. Since they both tasted the same, I can safely conclude that I don't like Jajang Myeon and Korean black bean sauce does not taste like the Chinese version (which I prefer). So Jajang Myeon is struck off my list.

On my latest visit, I had to try the Kimchi Fried Rice (normal) and Dak Gang Jeong (fried chicken). 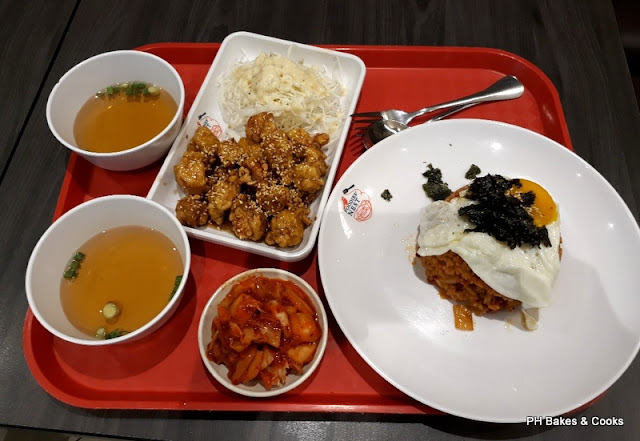 That is a lot of food for the average person, I know. But me, I can eat heh..heh.. 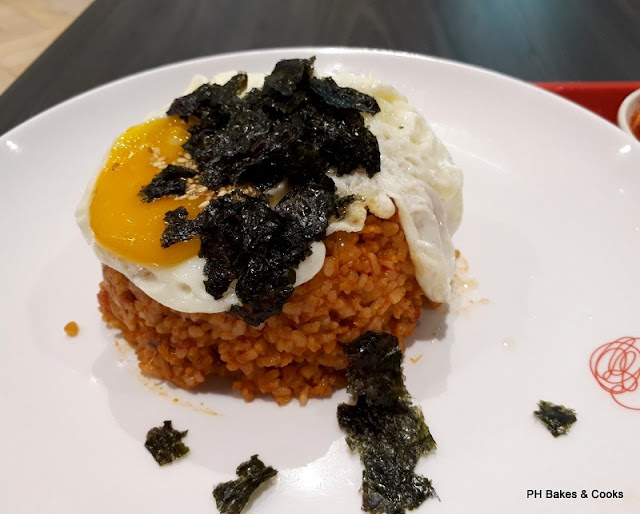 The Kimchi Fried Rice was just all right. 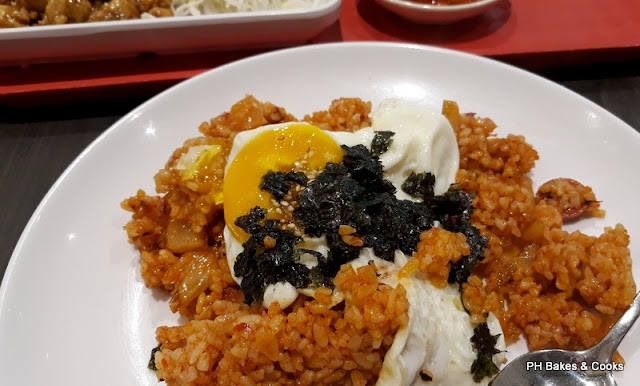 It was no where near the awesomeness of the one I had here. 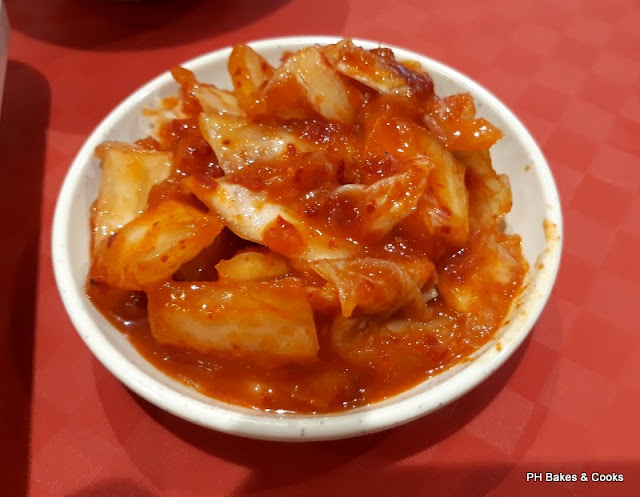 Because the fried rice was not so awesome, I mixed it with the awesome kimchi and that improved the taste. 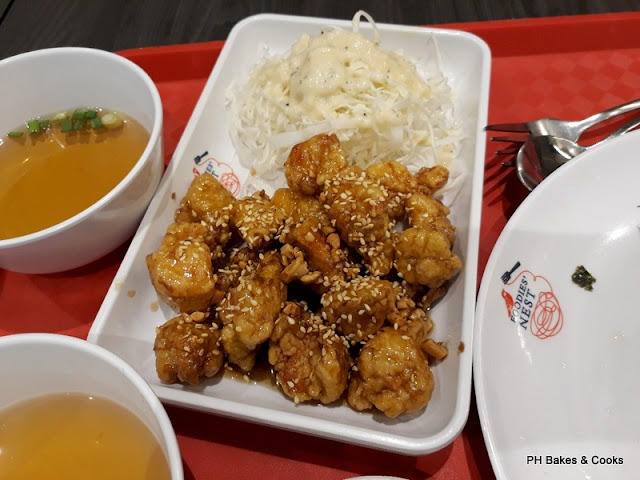 As for the Dak Gang Jeong, you can't go wrong with fried chicken. It was good though I did not like the dressing on the raw cabbage. 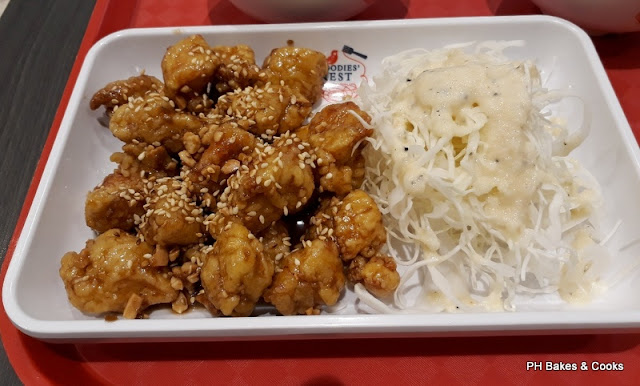 If I do return to Seoul Station, I will only stick to the fried chicken. I have another one to try - the Yang Nyeom Chicken. Overall, the food here just does not cut it for me. Perhaps other customers think differently and enjoy what they dish out here. 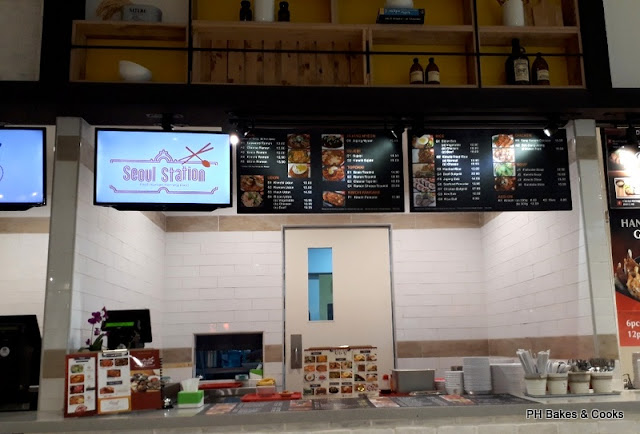