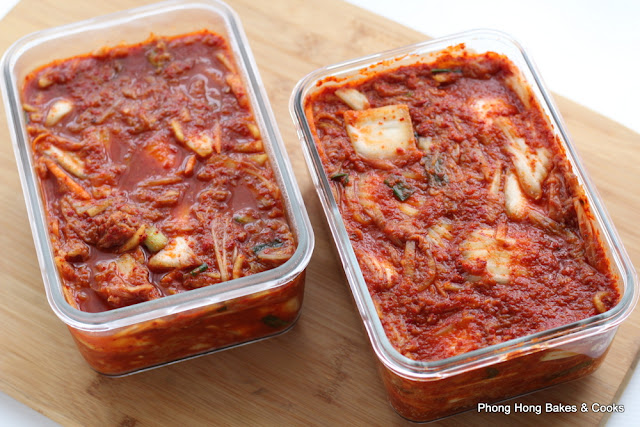 hah...hah.. Suddenly I made kimchi. Proper kimchi. Not the shortcut version which I actually found very delicious. Even then, this version, called Mak-Kimchi is the simpler of the traditional ones because the napa cabbage is cut into small pieces. 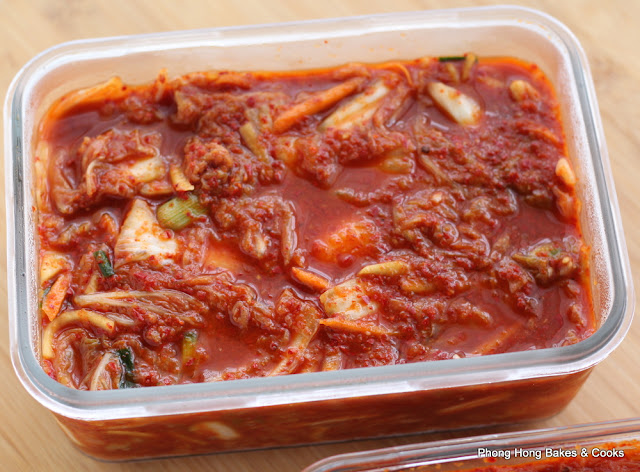 The problem I have with attempting kimchi is that the recipes call for something like 10lbs (approximately 5kg) of napa cabbage (or more) which is a huge amount for me.

I found one of Maangchi's recipe which called for 6lbs (approximately 2.7kg) of napa cabbage which is a more manageable amount for me. That recipe is a traditional recipe where the cabbage leaves are left whole but I made it in the form of Mak-Kimchi so that I don't have to apply kimchi paste leaf by leaf. 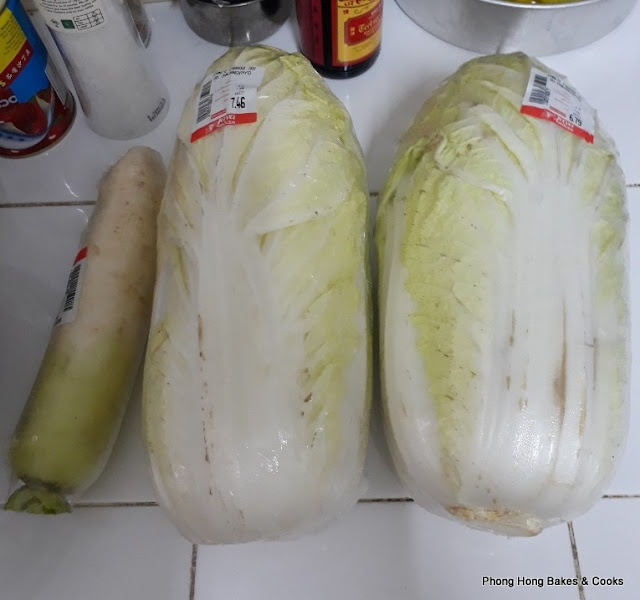 Even at 2 point something kg of napa cabbage, it was still a whole lot of cabbage for me. 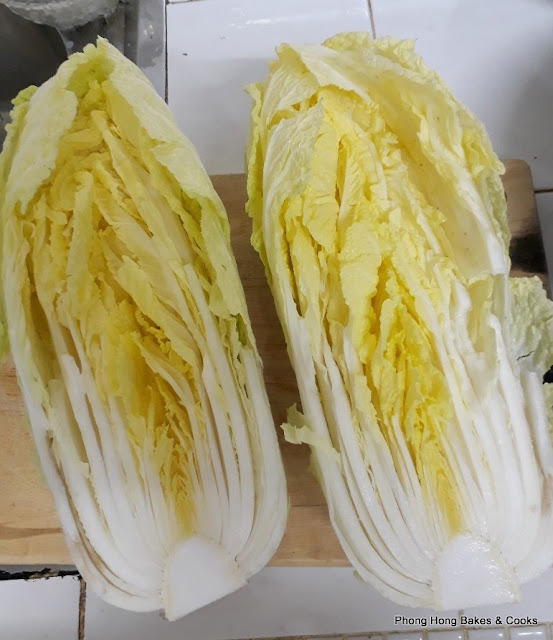 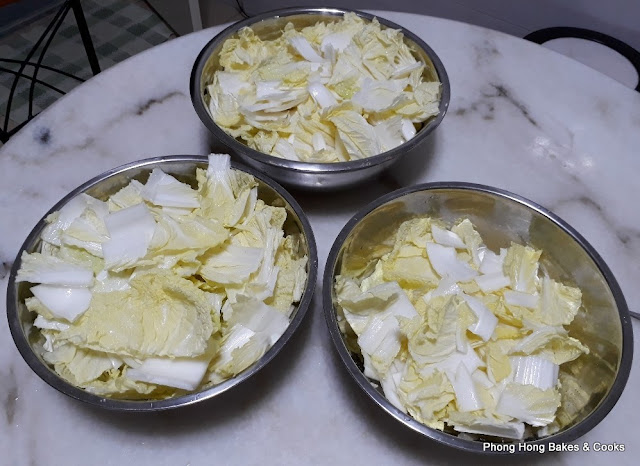 I salted the cabbage, turning every 30 minutes for 2.5 hours. 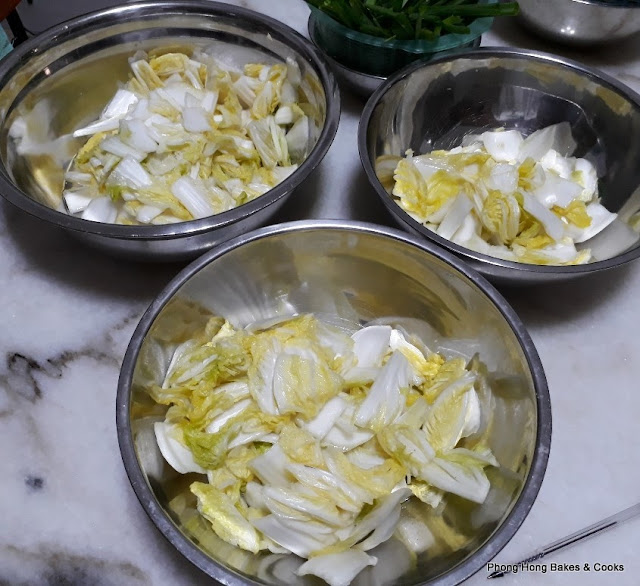 A lot of water was drawn out from the cabbage and they sort of withered and went limp. 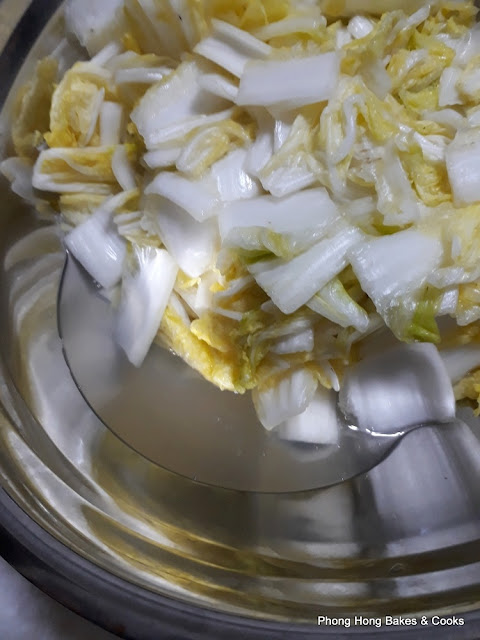 Then I rinsed the cabbage three times in two batches. I left the cabbage to drain for about an hour to drain off as much water as possible.

Once the kimchi porridge was almost cooled, I blended the kimchi paste ingredients which is garlic, onion and ginger. 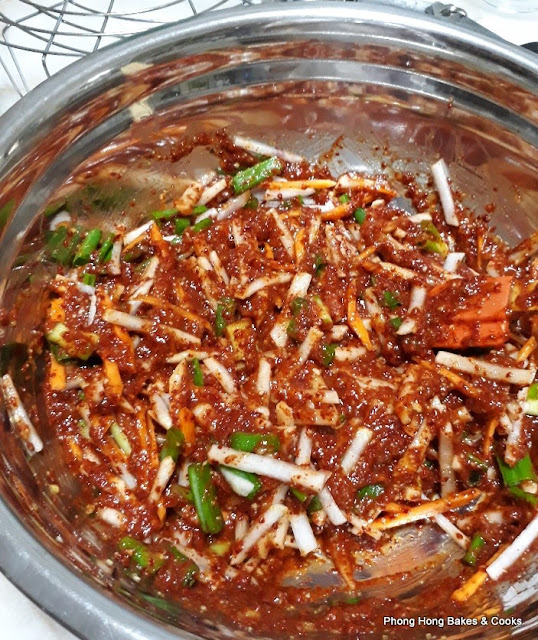 The blended ingredients are mixed into the kimchi porridge together with fish sauce and Korean red pepper flakes. Then the daikon, carrot and spring onions are added and mixed together. 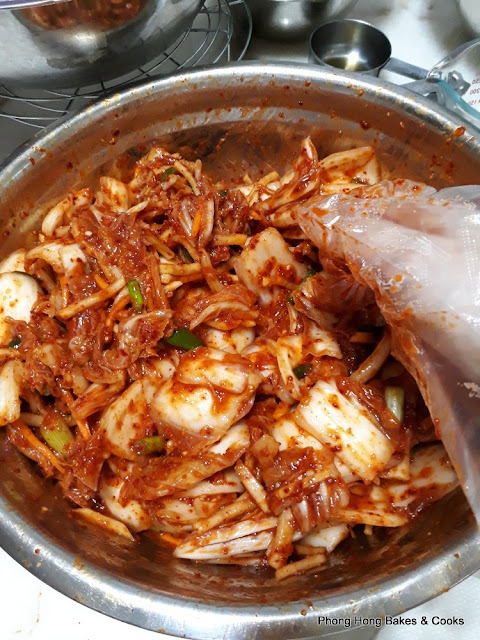 Once mixed up, the cabbage can join the mix. I tasted the kimchi paste and whoa! so hot and spicy. That's why I put on plastic gloves to mix the kimchi. 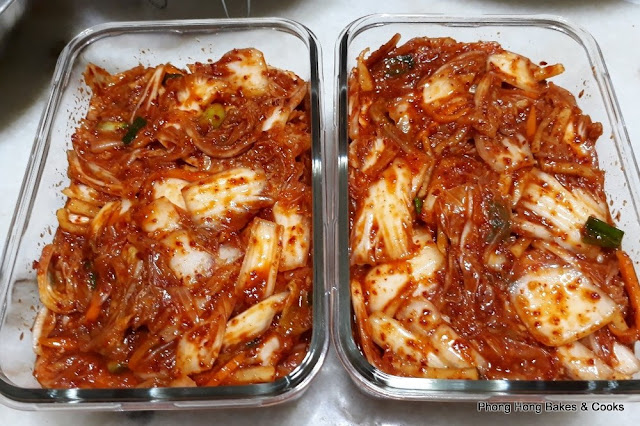 Tadaa......... Enough to fill up two glasslock containers. One container, I left at room temperature for 24 hours, while the other I put into the fridge (it will ferment very slowly). 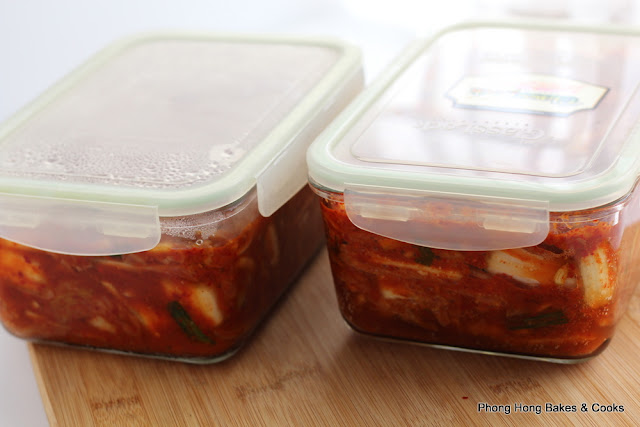 The next morning when I came downstairs, I noted an aroma. It smelled like I forgot to take out the garbage hah..hah... Well, that was an indication that my kimchi was fermenting.

After sitting overnight, the vegetables released a lot of fluids. I opened the container and pressed down the contents. Then I had a taste. Ooohhhh... tastes like kimchi...hee...hee... jadi lah! 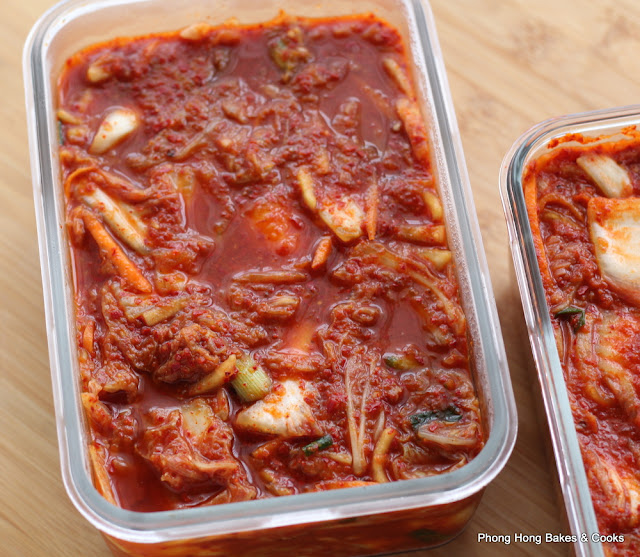 When I went to Aeon, I went to take a peek at the ready made kimchi. 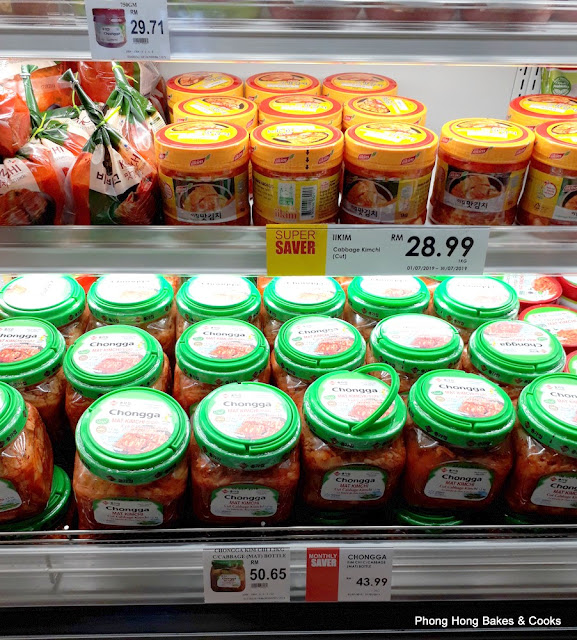 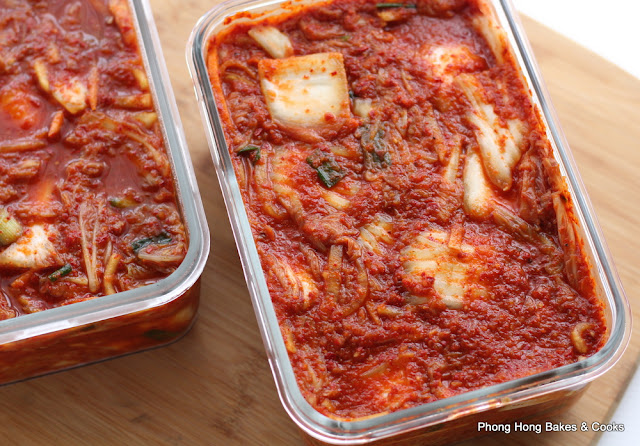 I still need to make some adjustments to this adapted recipe and I know no one will be waiting with bated breath hah...hah.... hah.... Anyway I felt very happy and satisfied that I made kimchi!
Posted by PH at 08:24