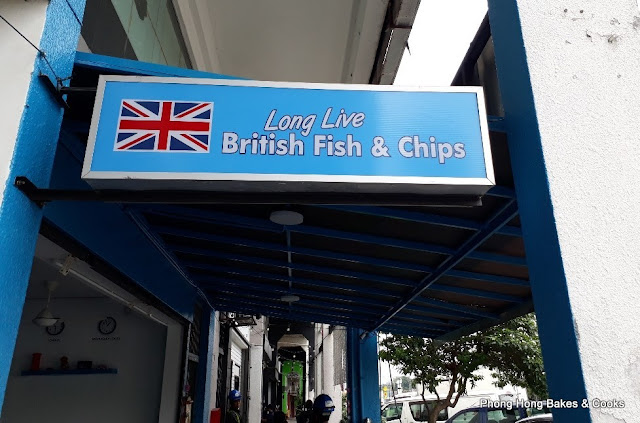 The last time I was at Cor Blimey was probably back in 2018 and I did not write about it until early this year. 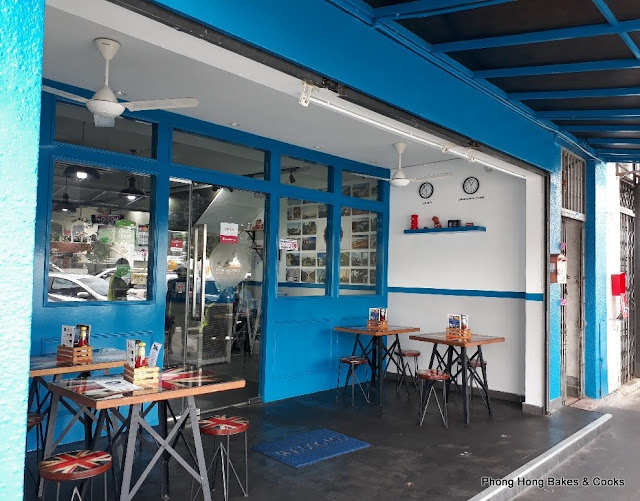 I wanted to see if I would have a different experience this time. I ordered the same thing that I had on my first visit - the Atlantic Cod. For drinks, I had iced coffee. 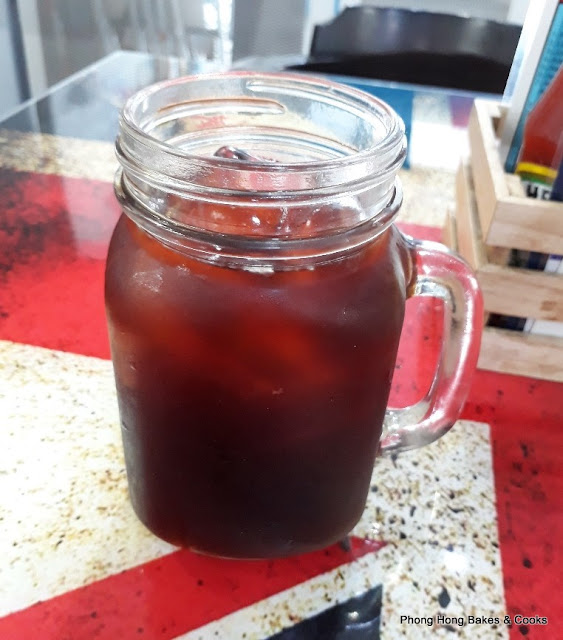 While waiting, I took a look at the Friday lunch set menu. 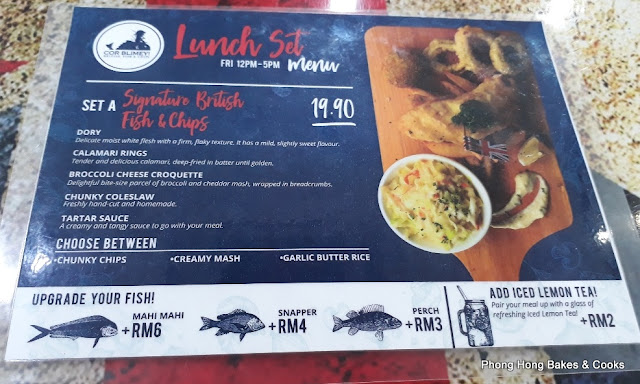 Maybe I could have that on my next visit, if I found my current order acceptable. 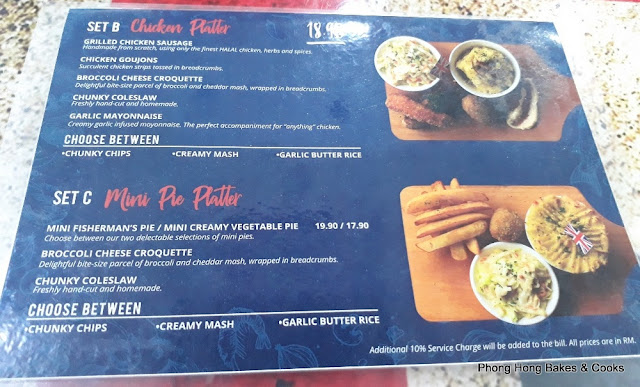 There is also a menu for chicken and pies. 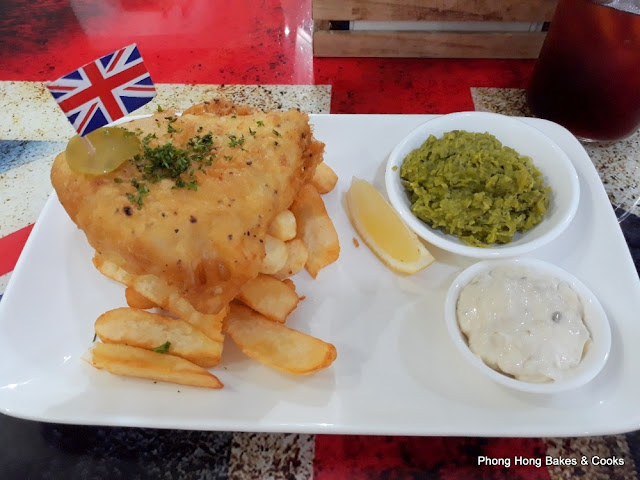 This was my order of Atlantic Cod, mushy peas and chunky chips (a heart stopping RM54.80 including the iced coffee). 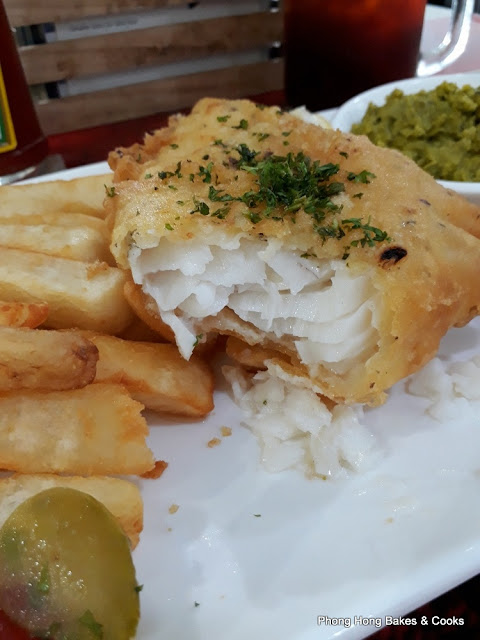 The fish was good this time, firm and flaky unlike the last time when it was mushy and had a weird taste. The mushy peas were not as good and I did not like the chips because the potatoes were powdery and had a raw taste. 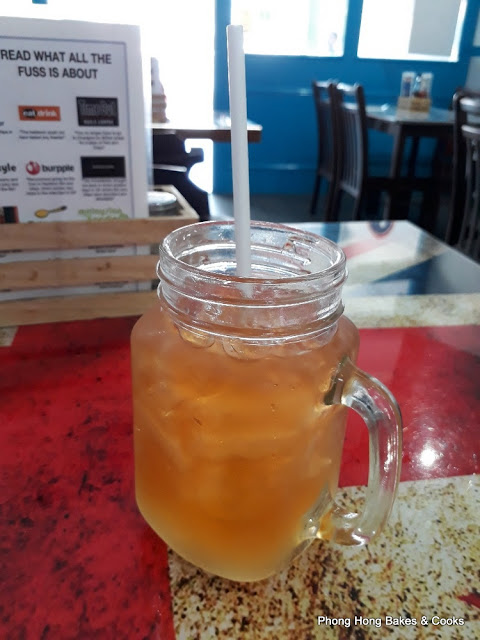 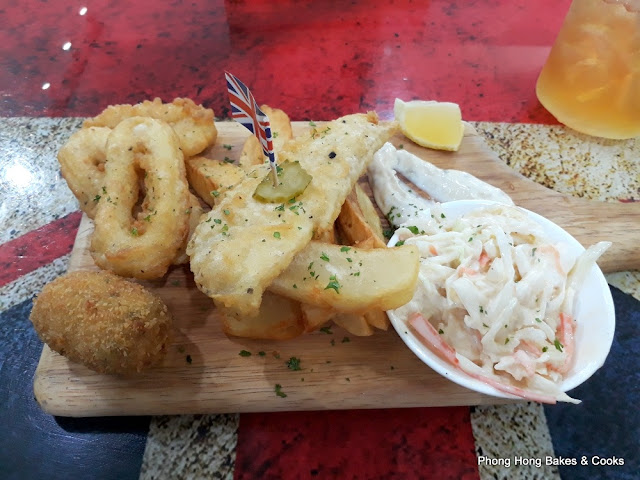 .
Goodness. How do you call this Signature Fish & Chips? The fish was so small and so thin! 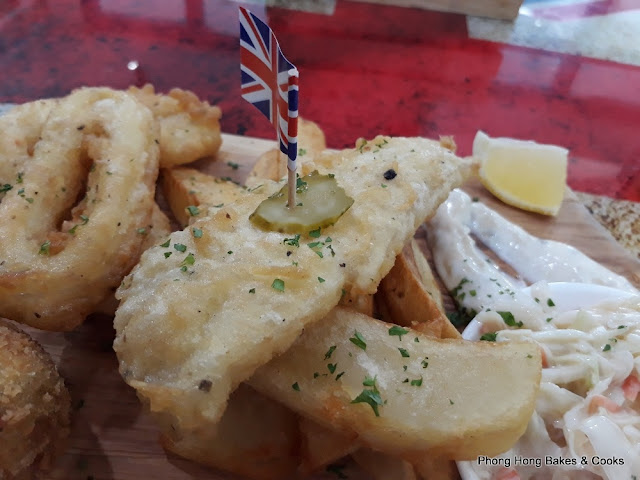 Not worth it at all. And then when I ate the squid rings, I found something I have never seen before. 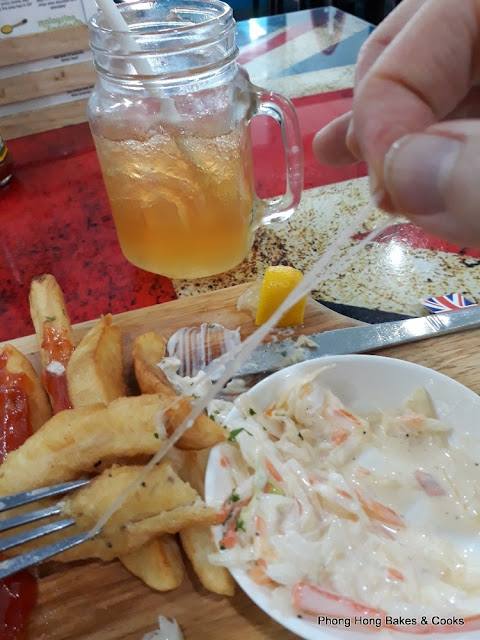 There was something like rubber band in the squid rings. 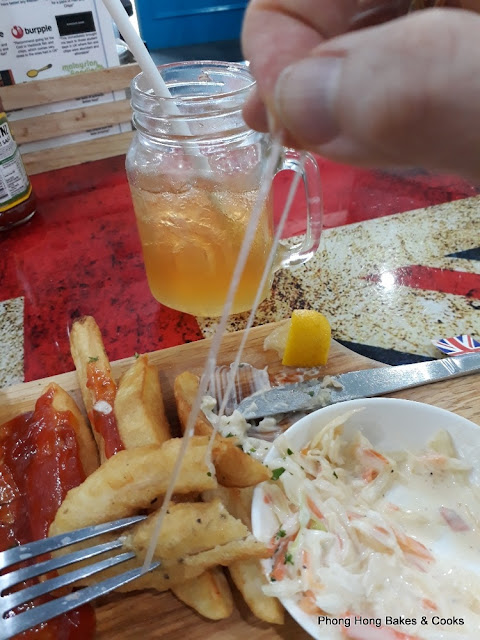 Is this something naturally occurring in squid? 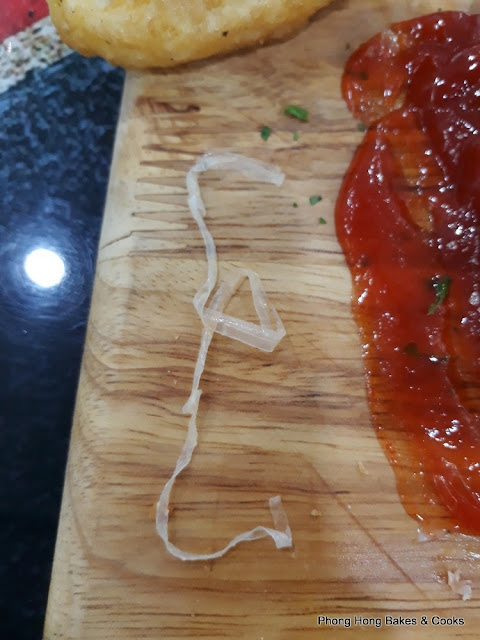 Each squid ring had this thing in it. So I guess I won't be ordering this set ever again. As for the regular fish and chips, well, it's too expensive to eat on a regular basis. Besides it was not remarkable, so I don't think I will be back.
Posted by PH at 08:16