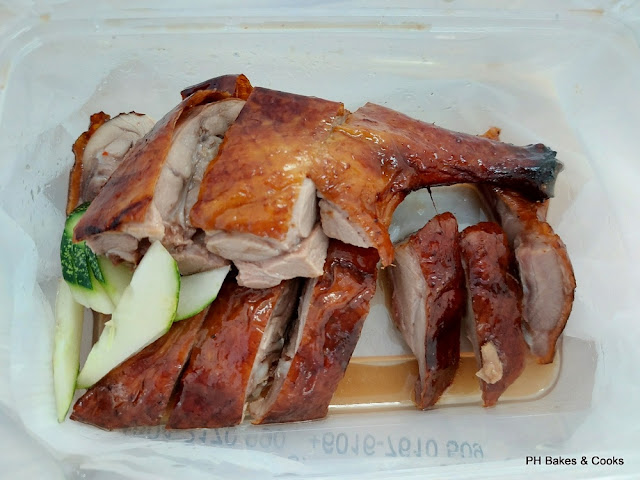 There is a new restaurant at Damansara Uptown - Twins Signature Roast Duck. It is located along the same row as Telekom.
My brother told me about it quite some time ago but I only tried it recently via Grabfood (because this month they have 50% promo). According to my brother, the roast duck is pretty good and I see that the Google reviews were favorable.
So one day I put in an order for the Signature Roast Duck (Quarter). 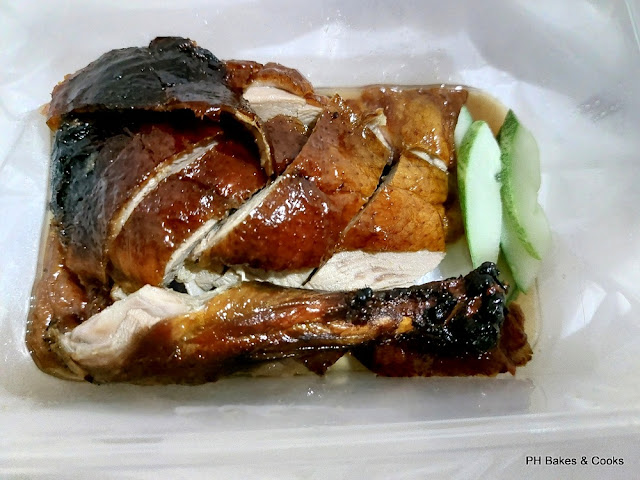 As you can see, they gave me the drumstick and thigh without me asking. I thought I might get breast. A small section of the skin was burnt. The duck was not bad but I did not think that it was that special.
I also added an order for Roast Pork. 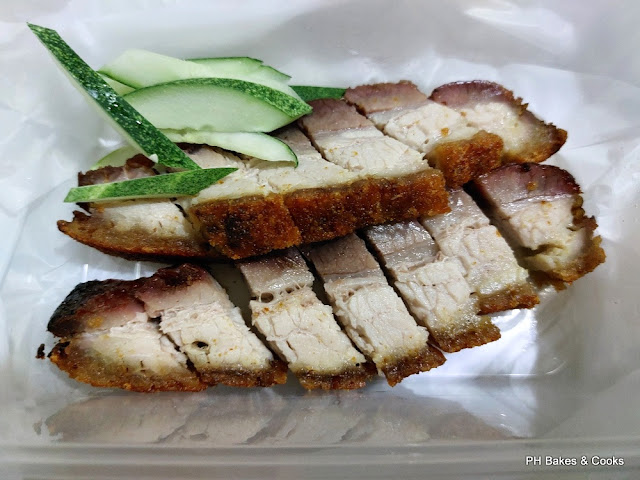 Also quite all right but the meat was as if they pounded it as it had a "minced" texture (that's the best way to describe it).
I have yet to eat at the shop. These things, you order delivery, cook your own rice and sliced up your own cucumbers heh..heh....
I also got these sauces with my order. 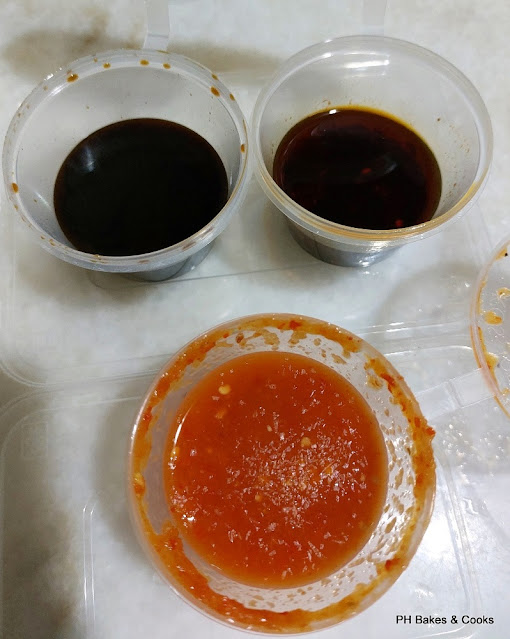 The usual sweet sauce and chili dip. In addition they also gave chili oil. I did not expect that.
Another day I ordered the Signature Roast Duck (Thigh). 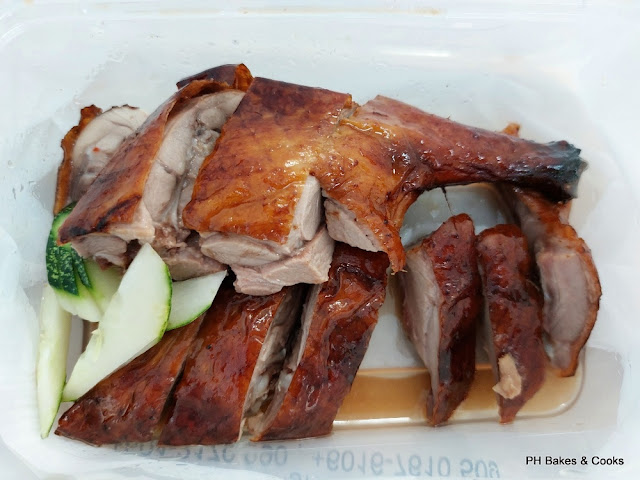 This one looks better (no burns) but the meat was tough and it had a gamey smell (like the oil gland of the duck's hind quarter). Luckily only a small part of the meat was affected.
Now for some new developments at The Starling hee..hee... 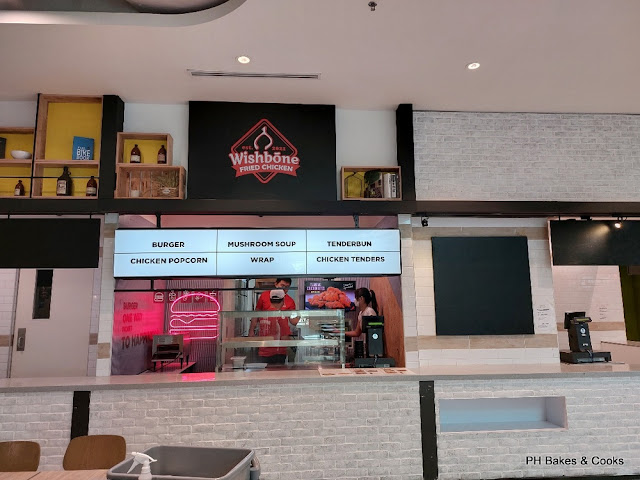 A new addition at the food court - Wishbone Fried Chicken. They were just setting up when I took this pic. 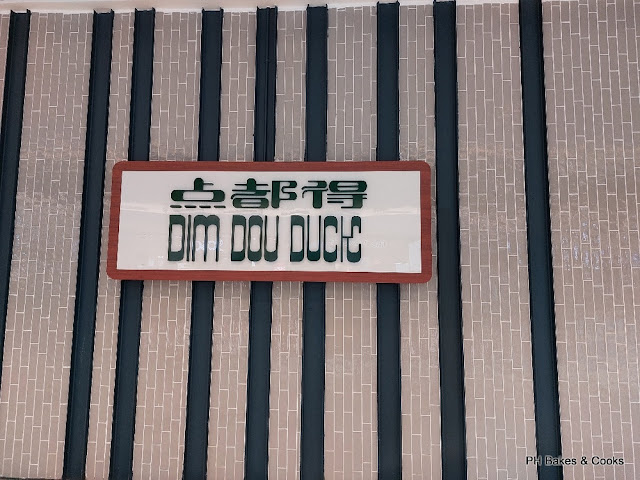 Dim Dou Duck which occupies the space vacated by Nicsmann is now operational. 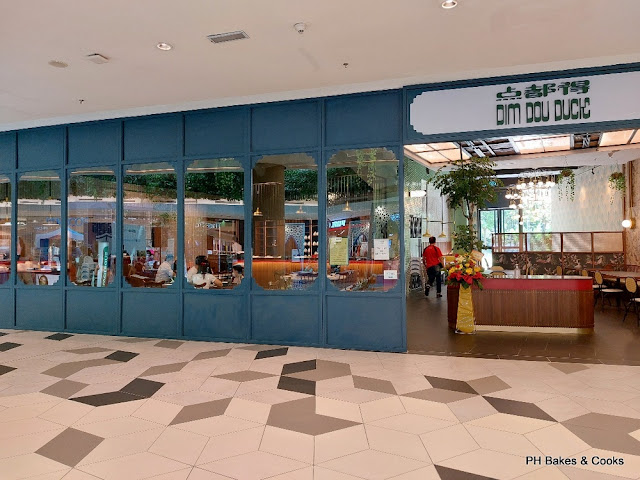 Don't know if I will visit. 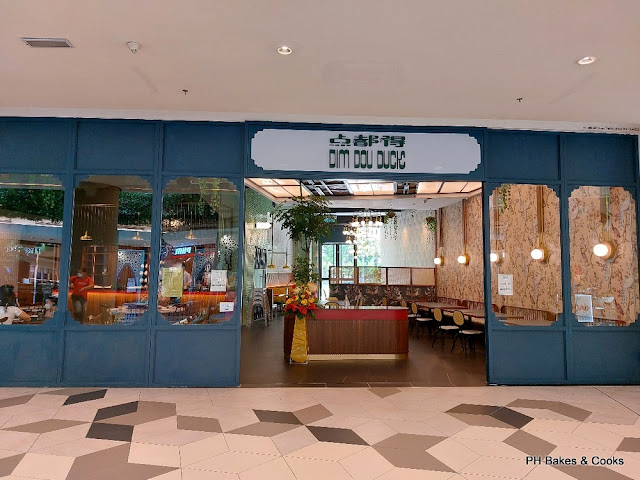