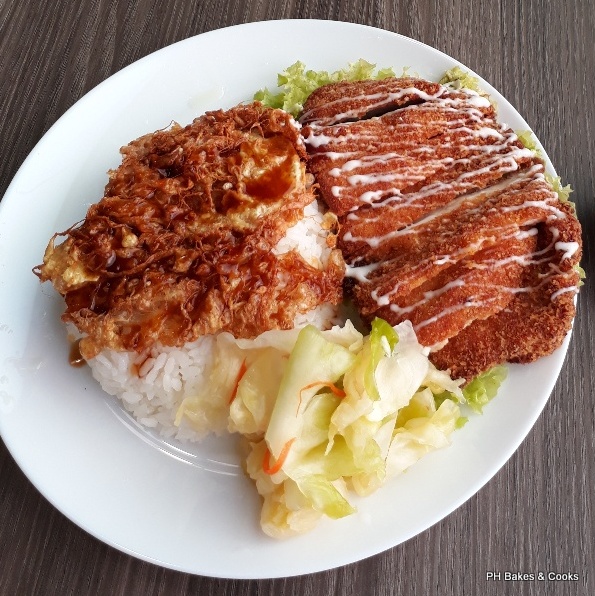 Who is Mr Wu? Is he famous? heh..heh.... I was at Telekom the other day when I spotted Mr Wu. Well, not the man, but the restaurant. 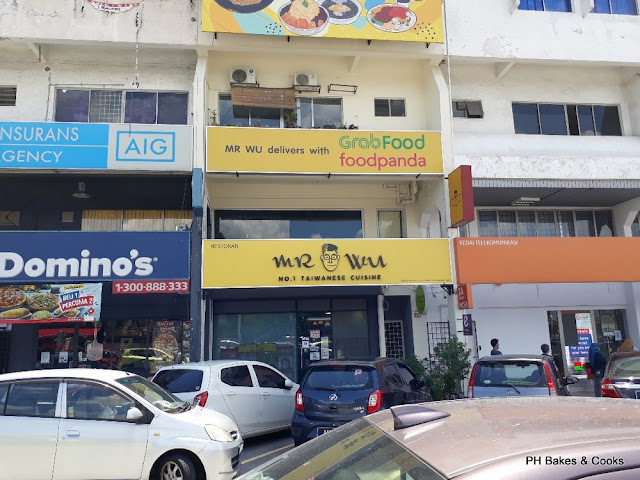 Eh? Isn't this where Good Pick Noodles used to be? Oh dear. Curious, I visited a few days later. 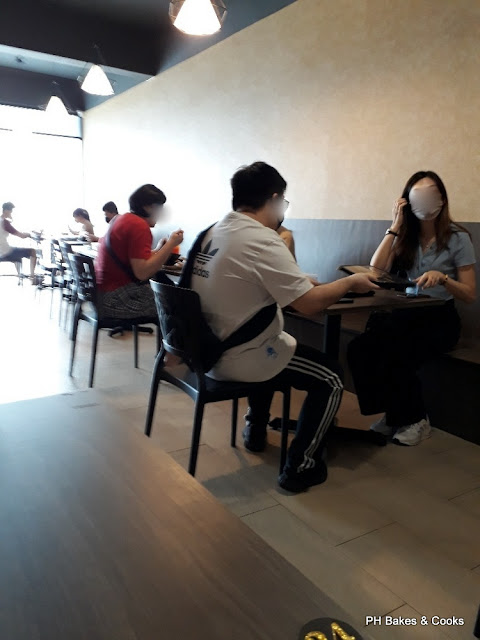 Mr first visit proved memorable because the server brought my (hot) drink to the table and promptly knocked the cup over. 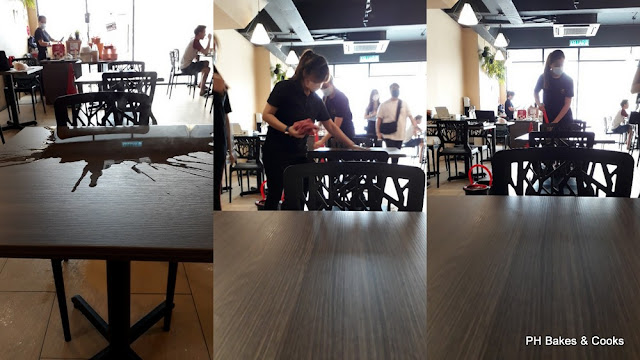 Another staff rushed over to remove the cup and the poor girl apologized profusely as they quickly cleaned up the mess. I assured her that it was all right, not to worry and I moved to the table behind. 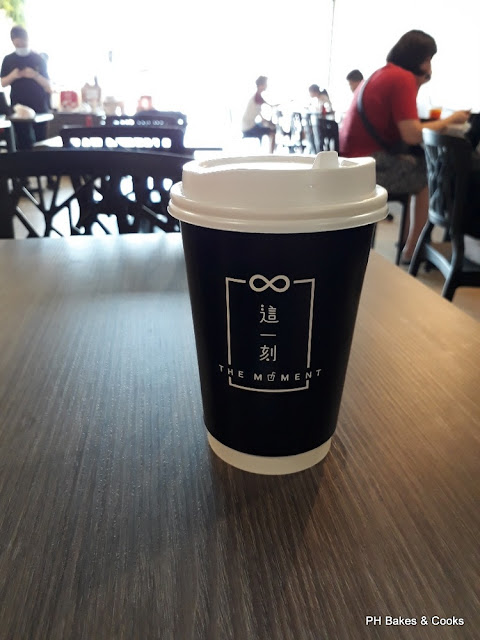 My drink was quickly replaced. For my meal, I ordered the Crispy Chicken Chop + Pork Braised Rice (RM15.90). You can see the menu here. 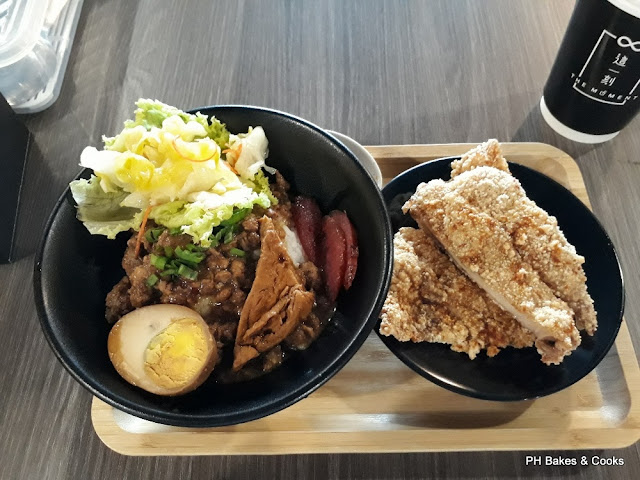 The bowl contained rice topped with braised minced pork, a slice of tofu, a few slices of Taiwanese sausage, half an egg and pickled cabbage (which I saw described as Golden Kimchi in the menu under side dish). Served separately is the Crispy Chicken Chop. 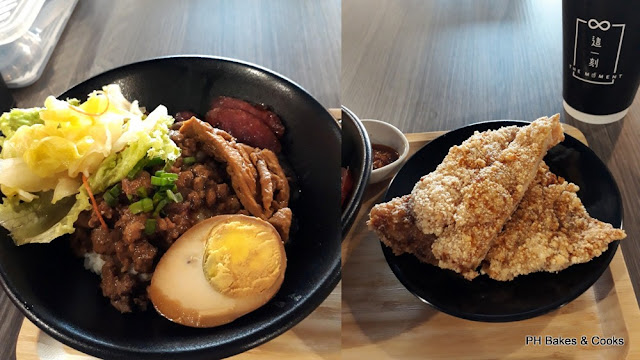 I loved everything in my bowl. The braised minced pork was flavorful and tasty and so were the sliced Taiwanese sausage. The pickled cabbage perked up my tastebuds with its sweet and tangy flavor.
Special mention for the Crispy Chicken Chop. It was so well executed, very crispy and yet the meat was tender and moist. I absolutely loved it. 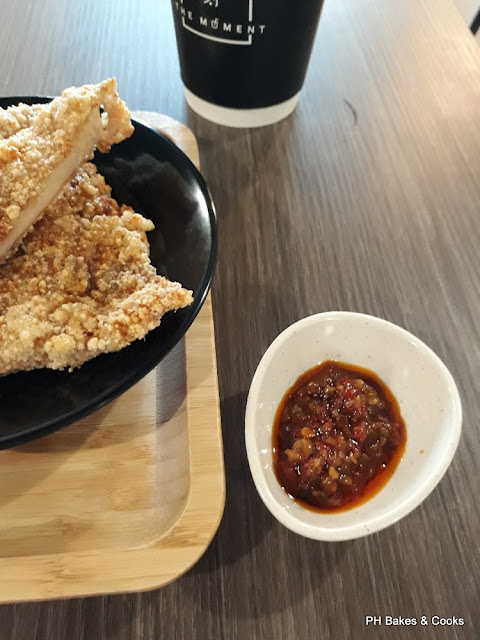 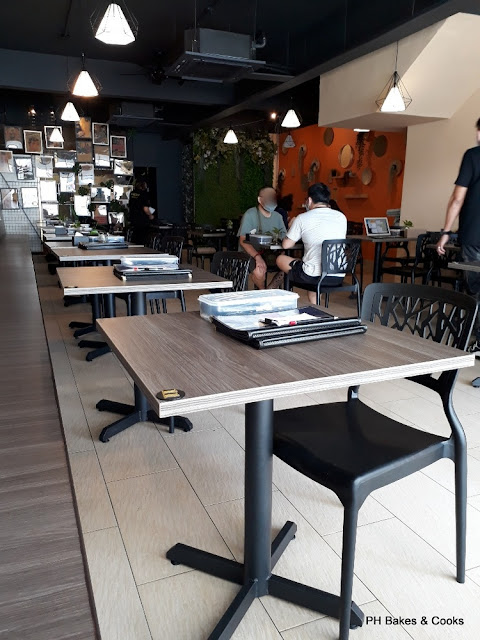 Due to my good experience, I came back. 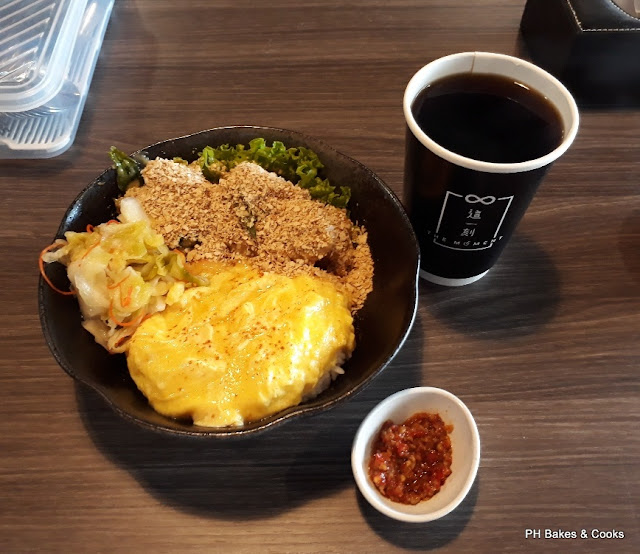 This time I had the Cereal Salted Egg Chicken Chop Rice (RM17.90). The deep fried chicken chunks were generously topped with extra cereal which I'm afraid (the taste) reminded me of cookies. 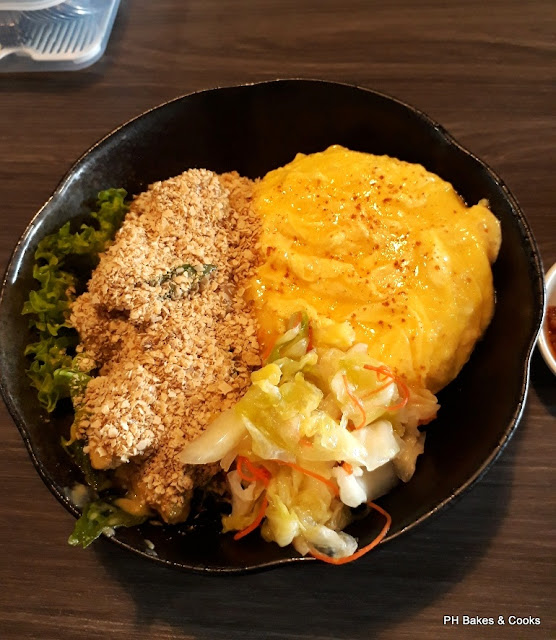 I should have taken the chicken chunks out from under the cereal so that you can see it. I did not get much of salted egg taste (overpowered by the cereal) and again the chicken was moist and tender. What I loved most in this bowl was the soft and creamy omelette. 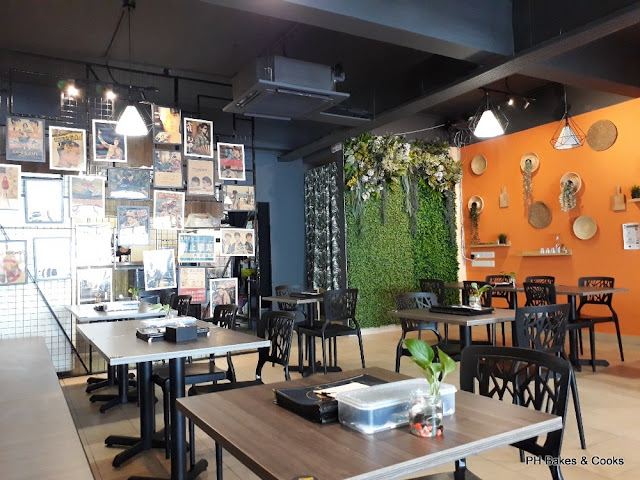 While I was there, I saw lots of food packages prepared for delivery. I guess Mr Wu must be quite popular. 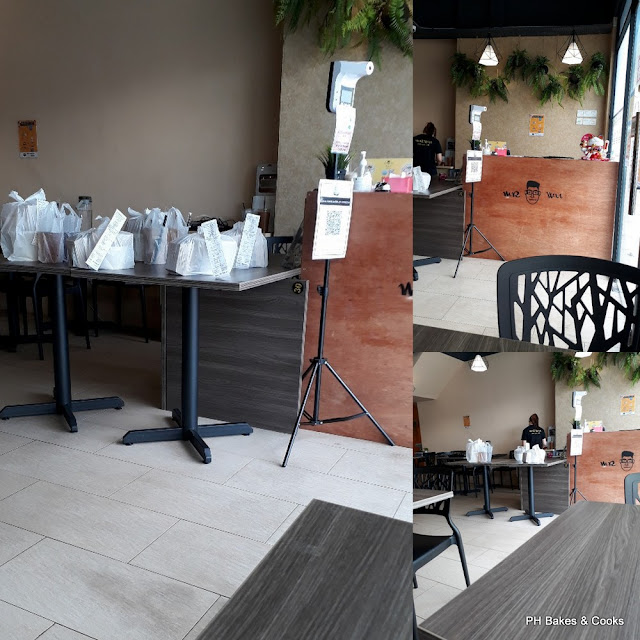 I am getting the hang of Taiwanese food (previously not a fan) since the one here seem to agree with me. 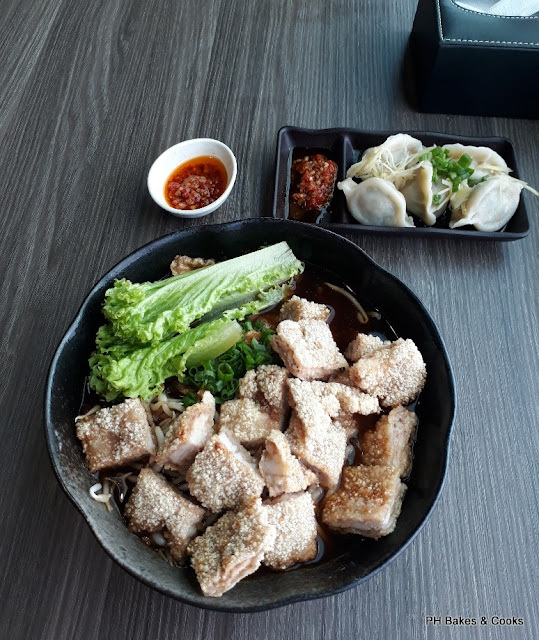 I returned for the Taiwanese Pork Chop Ramen Soup (RM16.90). I also put in an order for the Handmade Dumplings-Leeks (5 pieces, RM7.00). 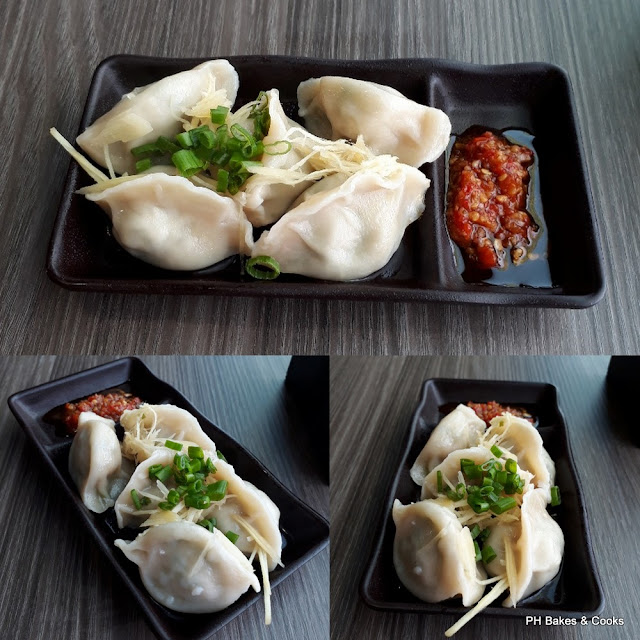 Although I liked the filling and the dipping sauce, the dumpling skin was too thick and doughy for my liking. 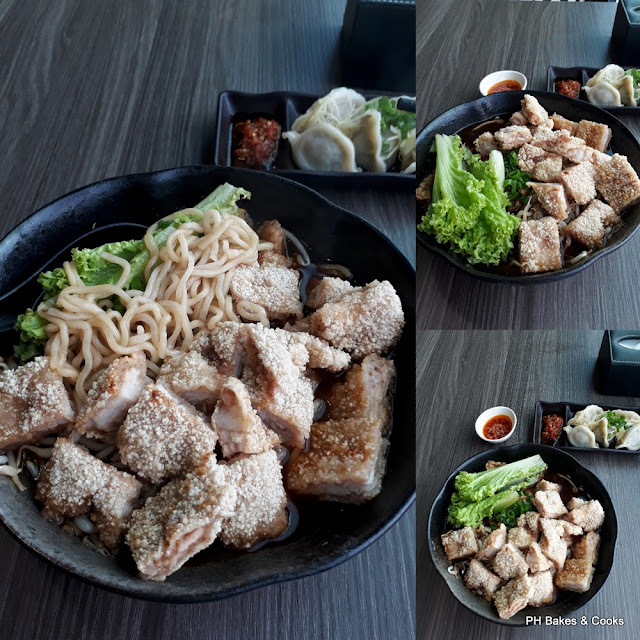 As for the noodles, I am a fan of the pork chop which was crispy and yet so tender and juicy. I was trying to avoid getting them wet in the soup but those that got soaked was still nice even when it got soggy.
Besides the noodles, there were beancurd skin and beansprouts in the soup. I did not like the soup as it had a strong spice aroma - star anise, I think, which reminded me of Taiwanese beef soup. I guess I will stick to the rice sets here. 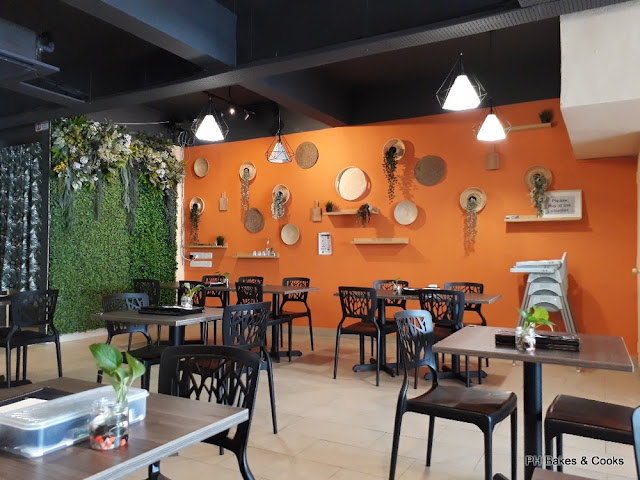 On my final visit (which I am sure is not the last) I decided to try the Japanese Katsu Chicken Chop Rice (RM17.90).
I also ordered the Fried Dumpling (RM7.90, just to see if the fried version is any good) and a drink, the Season Green Tea (RM6.90). I normally avoid drinks because they bump up the cost of my meal but I was feeling thirsty. 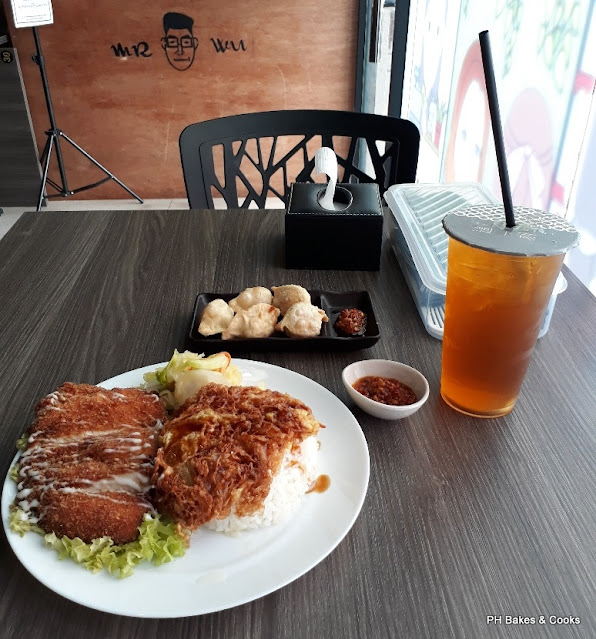 The Fried Dumpling I'm afraid was no better than the previous one. 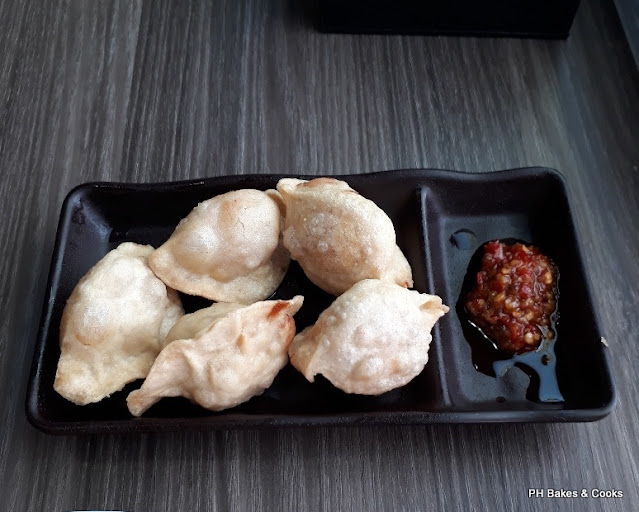 Due to the thick dough, the dumpling was hardly crispy but was tough and chewy. 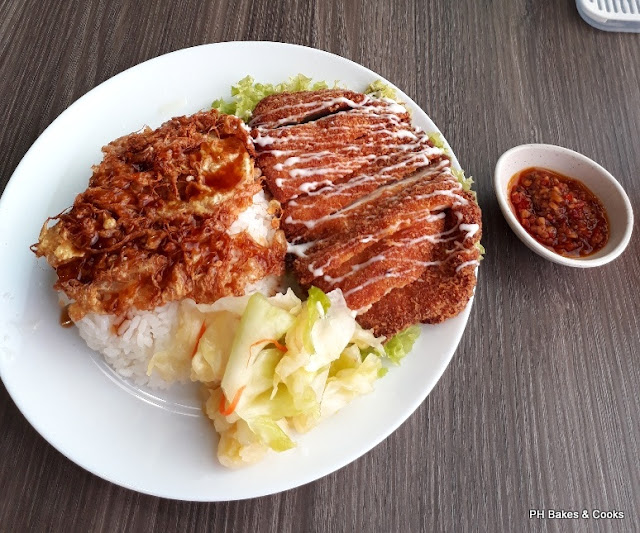 On my plate was rice topped with something brown and frilly which I discovered was a fried egg. It was drizzled with soy sauce and was surprisingly nice. 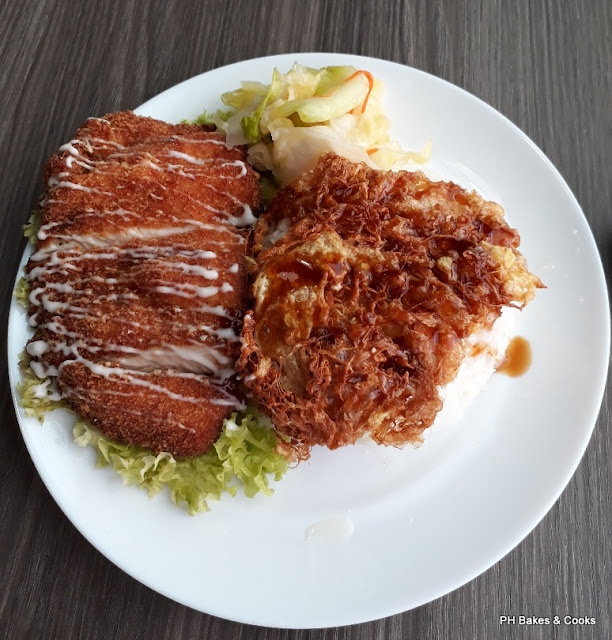 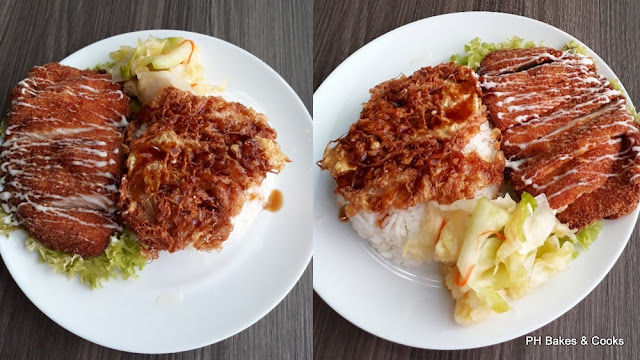 I like the food here and the atmosphere is nice and calm. But I do get nervous at the counter as the girls tell me my bill in Mandarin. So I calculate the amount in advance (add 10% service charge) so that I know exactly how much to pay. I found out today that they accept cash or card but not e-wallet. 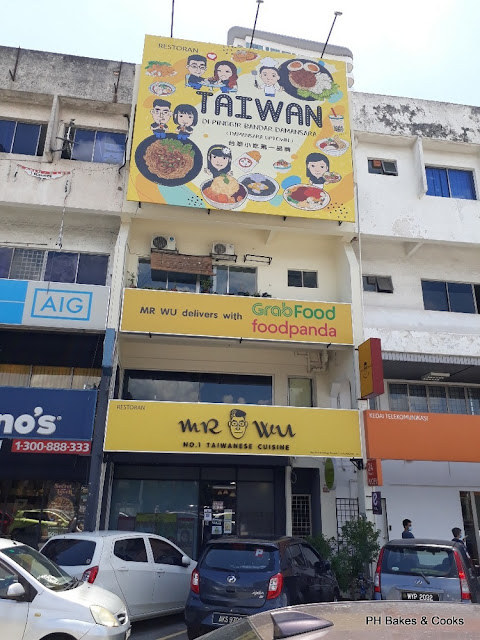