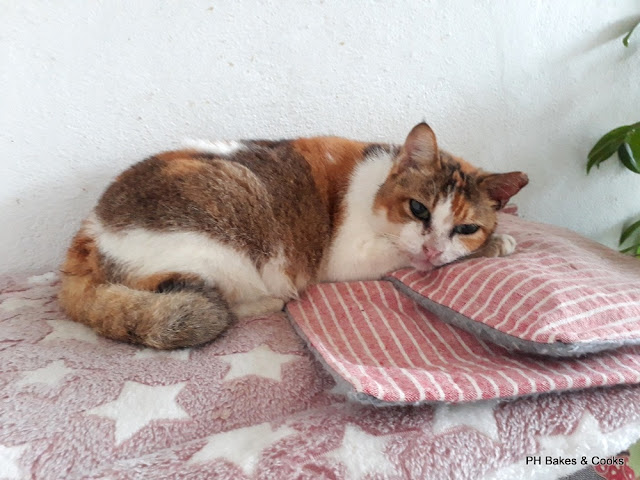 About two weeks ago, Belle Belle simply upped and left. She did not show up in the morning for breakfast and neither did she turn up for dinner.
This happened a day or two after she did something remarkable. One morning I went for my morning walk. There is a small field near my home where residents can do their exercise.
Belle Belle followed me just like a puppy. I was surprised because she has never done that before and neither has Girl. She followed me right up to the field and when I walked around the field, she simply followed.
Of course she couldn't keep up and when she was left far behind, she called out to me with her awkward sounds. Belle Belle doesn't meow like a normal cat. Instead she goes something like this - eeyaukk...eeyaukk...
She looked so cute that I couldn't resist picking her up and giving her a cuddle. She normally wouldn't allow me to do that and would squirm and kick. But that morning she was very agreeable and I could hold her and give her a few scratches on her head. After a while, she gave me a gentle kick with her hind leg as if to say "OK ma...enough already".
Suffice to say, she was very distracting so I cut short my exercise. She followed me home and I was really pleased with that little alone time I had with her. But that turned out to be (in my head) Belle Belle's way of saying goodbye. 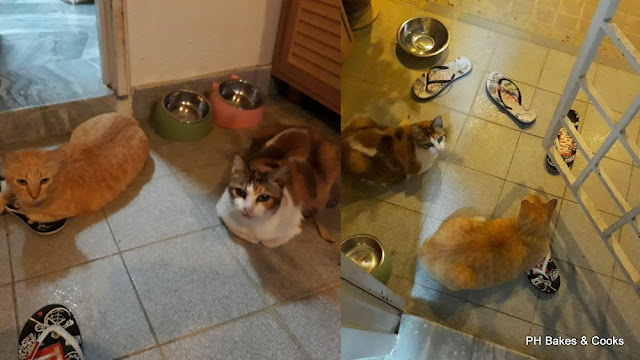 Just when I thought that things were looking up with her and Girl getting friendly, this had to happen.
I suspect Belle ran away because she hated the evening ritual of me cleaning her ears (due to ear mite infestation) and applying ear drops which she finds very unpleasant. It came to a point when she would run when she sees me. Because she is slow on her feet, I always manage to catch her. 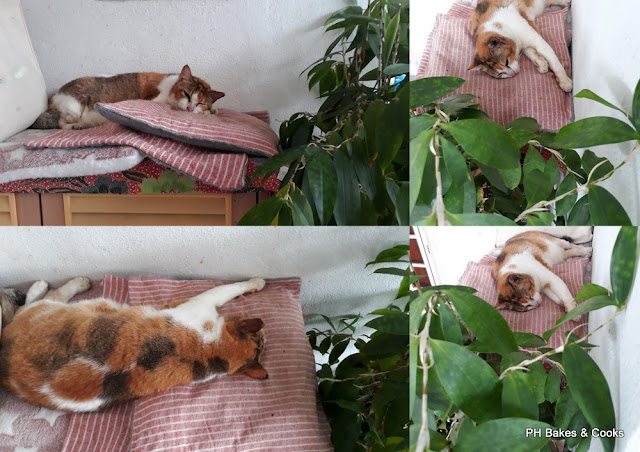 Prior to the last visit to the vet, she had been sluggish and sleepy but she has since recovered except for her left ear. I have been diligently cleaning her ear and the condition appeared to have improved significantly. Even the hairs below ear are growing again (it used to be almost bald).
I was really sad when Belle did not show up for many days. Even her litter box had not been used. But I caught glimpses of her crossing the road from a few doors away. She is around but chose not so come home.
I even thought and suggested to my partner that maybe Belle has found a new owner. I do not mind that, as long as someone loves her and cares for her and gives her a forever home.
But one morning she showed up. eeyaukk...eeyaukk... Belle!! My heart jumped with joy when I saw her. I quickly grabbed her feeding bowl, fed her and gave her a few head scratches. 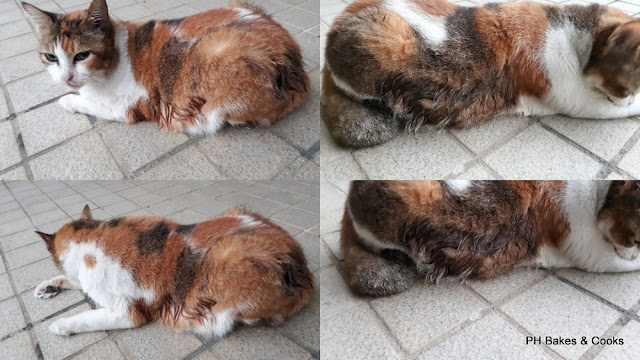 I noticed that her fur was wet, just like how it was when I first met her. Oh no. Skin infection again after running away from home. Her left ear was very bad again. When I got home in the evening, Belle was nowhere to be seen. She did not show up the next morning either.
Then this morning, she came home again. 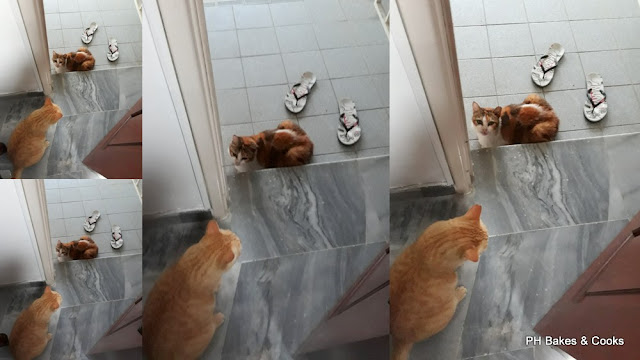 Of course I was glad. I gave her some food and she was obviously very hungry. 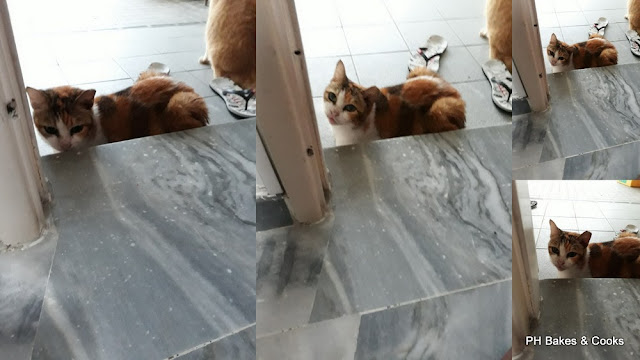 After her meal, she hung around for a little while. I did not attempt to do anything to her ear as I did not want to spook her. After a while she left. 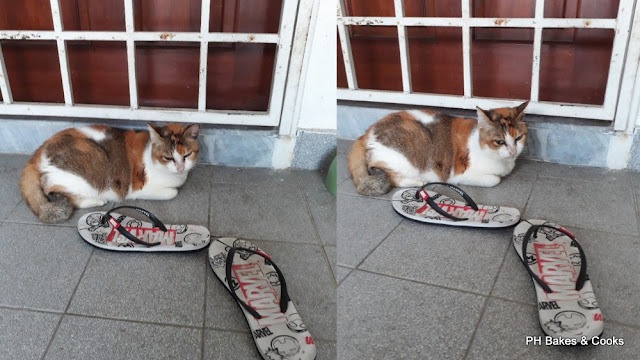 I really do not understand what is going on with Belle. Is it me? Or has she decided it is time for her to move on? Whatever it is, I am hoping that Belle decides to come home again. I will have to think how to solve her health problems. My heart is so broken right now. 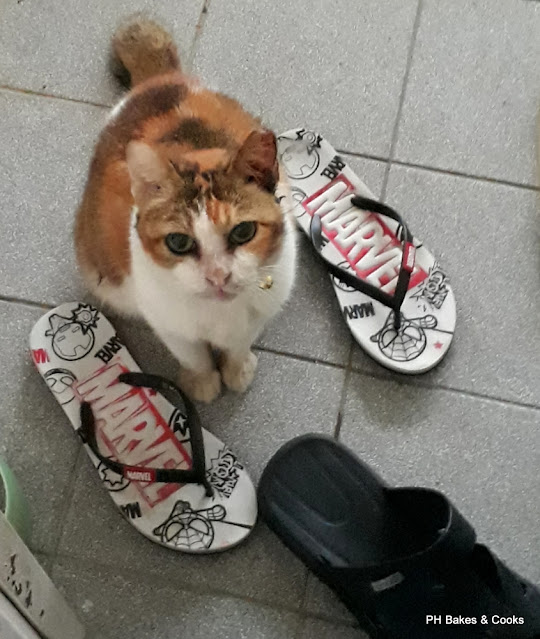