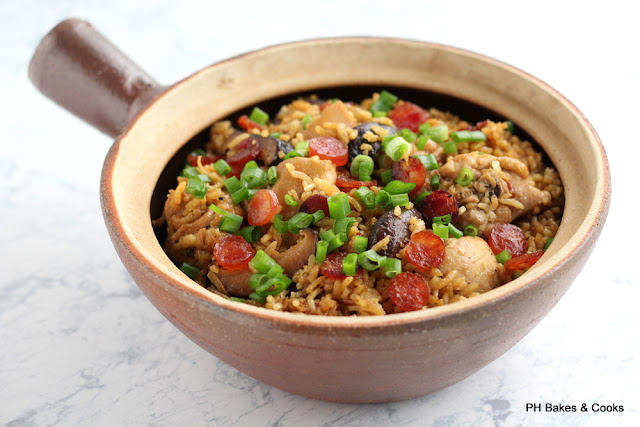 Many years ago, I had a client whose aged mother lived with him. The old lady was often left alone at home when her son and daughter-in-law were at their shop.


The old lady was hard of hearing and if you phoned the house she would pick up and before you could even say anything, she would yell "boh lang! boh lang!" (nobody in! nobody in!).

I reckon that her hearing is so bad that she cannot hear anything over the phone (unless if you speak very loudly), so the easiest solution is to tell you no one is home.

Since we are on this subject, how many of you love to yak on the phone? I know of people who can talk for ages with the phone stuck to their ear. An ex-colleague once told me that when he and his wife were courting, they could talk for hours (until his ears burned) but after they got married, their phone conversations were reduced to errm... hmmm... hmmm... all it took was just less than a minute hah..hah..

Me? Generally, I don't like to talk on the phone. I have a phobia for phoning people (don't ask me why) which is why I prefer to communicate via text or email. Of course, phone calls are necessary when a situation is urgent or if you need a quick answer or confirmation. 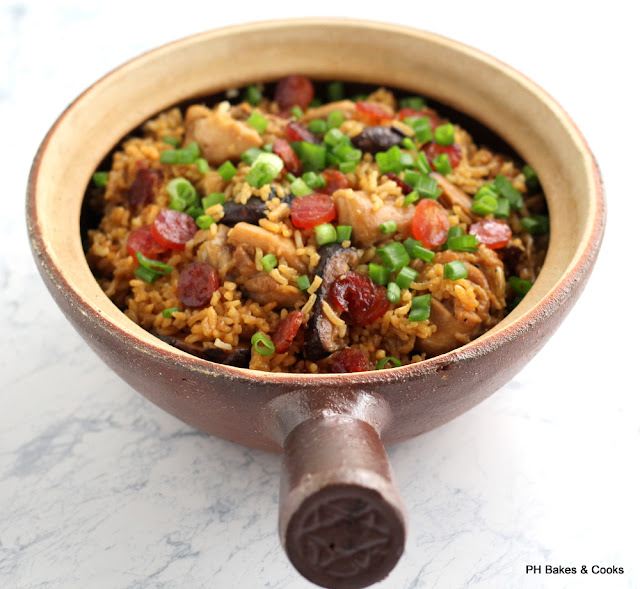 So what has all this got to do with that claypot rice? Nothing lah. Just cerita-cerita only. I didn't cook using the claypot because I don't know how. The "claypot rice" was cooked in the rice cooker and transferred into the claypot. I was just faking it hah..hah... 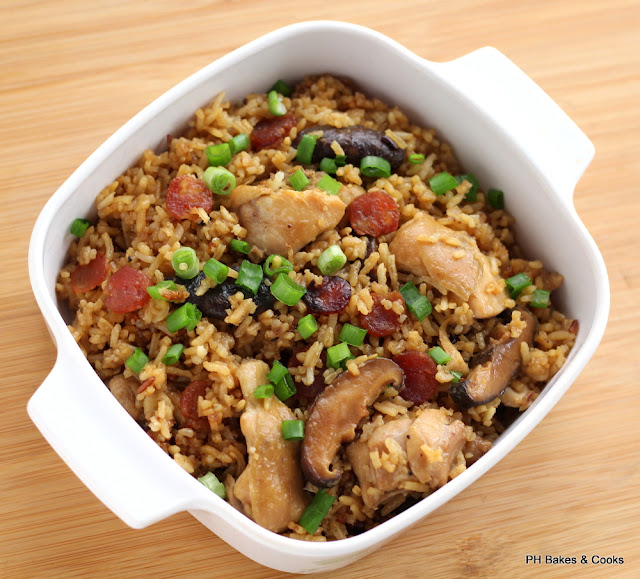 This is another one of my favorite one pot meals that is delicious and hassle free. It is great for food prep too. If you have this in the freezer and are too busy (or lazy in my case) to cook during the weekend, it will take the stress off you. 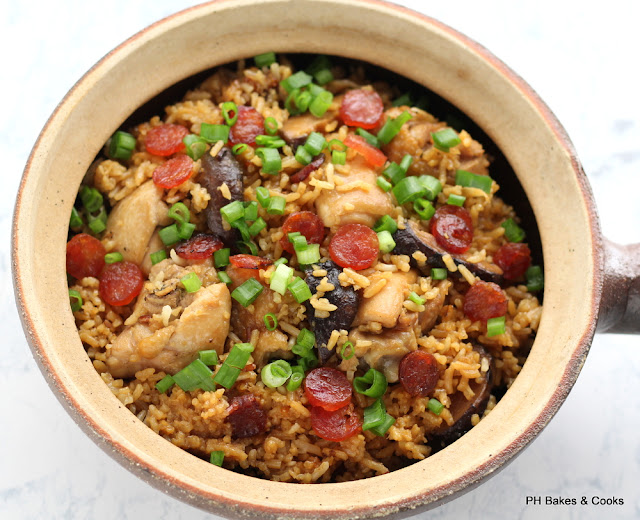 For the recipe, you can refer to my post from 6 years ago where you will find another grandmother story (and how I am now eating my words about not having pets) but that one has some relevance to the so-called claypot rice. Hah!
Posted by PH at 08:18

Email ThisBlogThis!Share to TwitterShare to FacebookShare to Pinterest
Labels: Rice