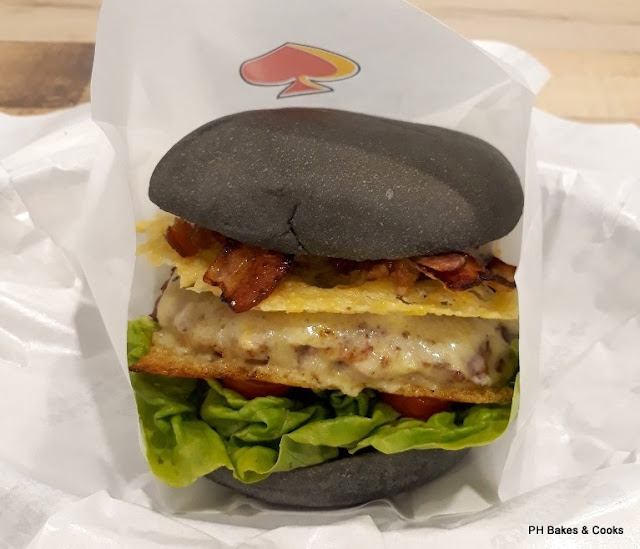 It was a Tuesday afternoon when I went out for dinner. These days I eat early. Except for Fridays or Saturdays.


Unfortunately, the place that I headed to was not open. I later learnt that Tuesdays is their day off. So I had to look for an alternative. 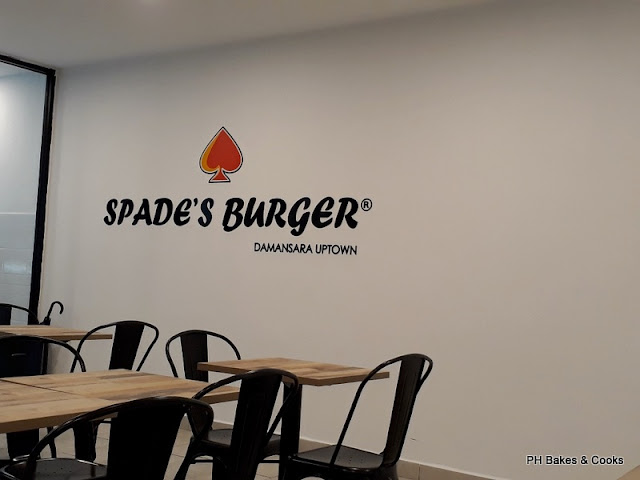 Ah! Spade's Burger. Just a few doors away. In fact I have been wanting to come here to try their pork burgers. 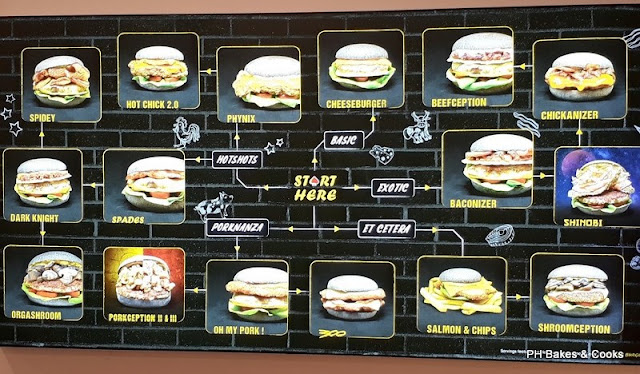 Besides pork, they also have chicken and beef burgers. You  have a choice of either ala carte or set which comes with a side and a refillable drink. 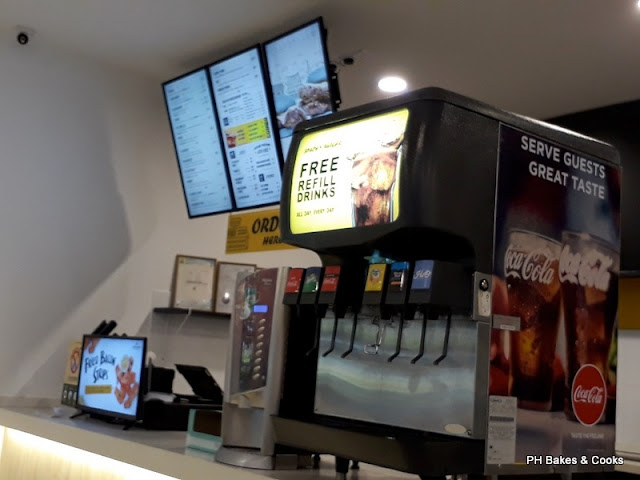 I did not want any fries and I don't take soft drinks, so an ala carte it was for me. I decided on the Baconizer.

Here you order at the counter and collect your food when your order number is called.

You are also expected to clean up after your meal by stacking your serving basket at a designated spot. 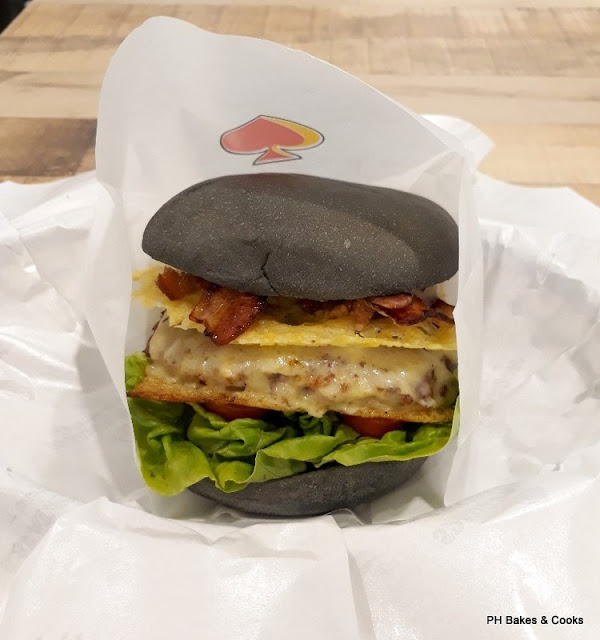 I was asked if I preferred pork or beef for my Baconizer (RM18.55) and I chose pork. As I bit into the burger, I noted that the charcoal bun was not soft and fluffy.

The bun did not have the characteristics of a fresh bun (unlike the burgers I ordered from myBurgerLab via Grabfood which were awesome. That's another story for another day). 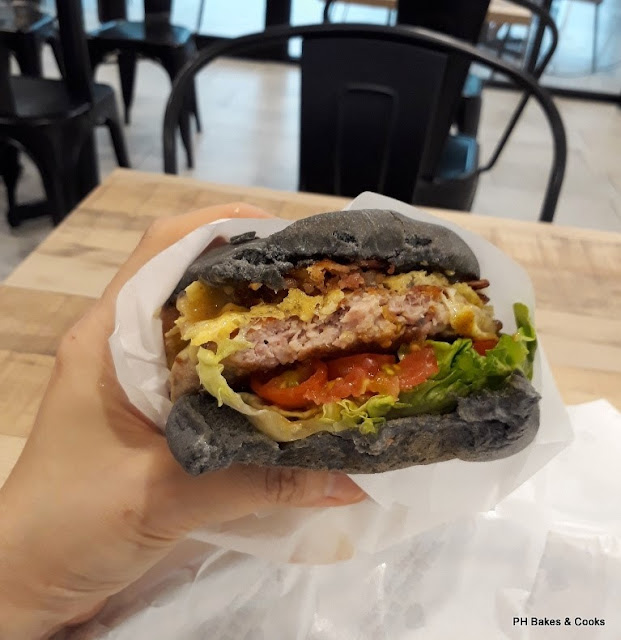 The pork patty was just ordinary and it is not something I would rave about. But I won't mind coming back just to try one more burger. 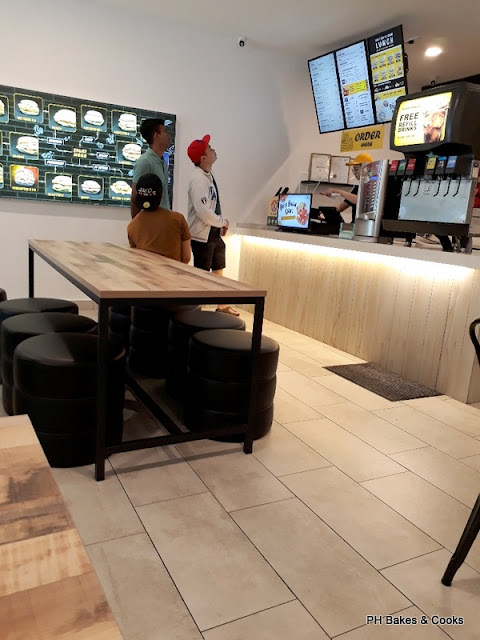 As fate would have it, I actually returned the next day for lunch. Why? Because although the other place that I wanted to go to was open, the operator was not at his station.

I was quite disappointed because opening time is 11:30 am and yet the guy was nowhere to be seen. And it was already quarter past 12:00 pm. 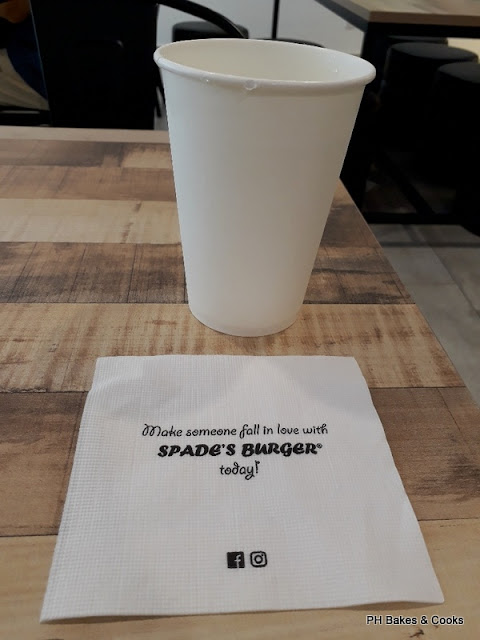 Oh well. So I went over to Spade's Burger again and this time I had the Chickanizer set (RM24.15) when I found out that they served chilled water. 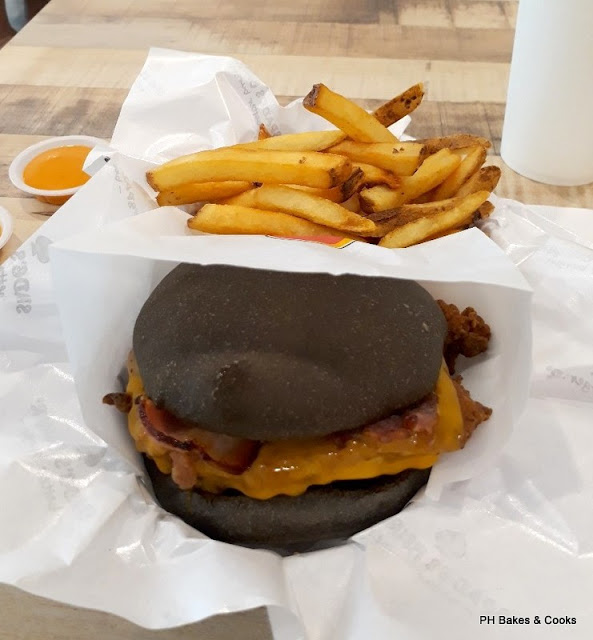 It's the same as the Baconizer except that it's chicken instead of pork. 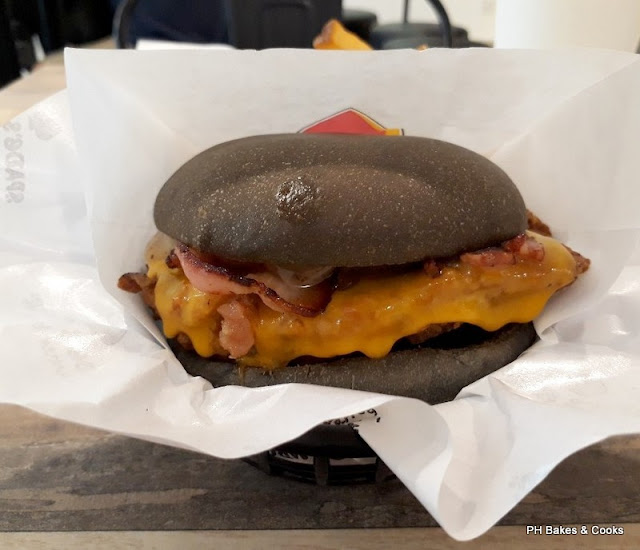 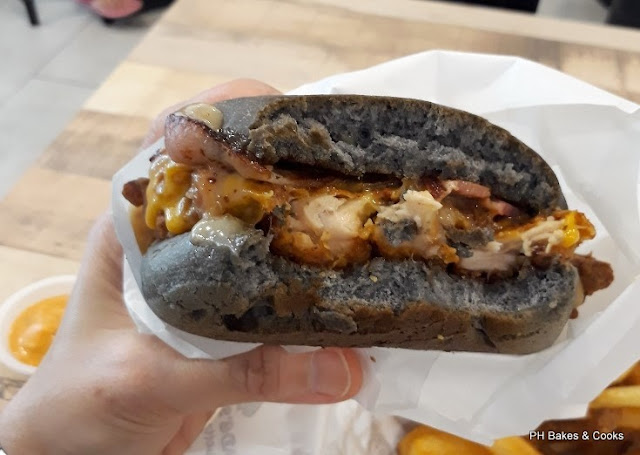 The chicken though meaty was on the dry side. 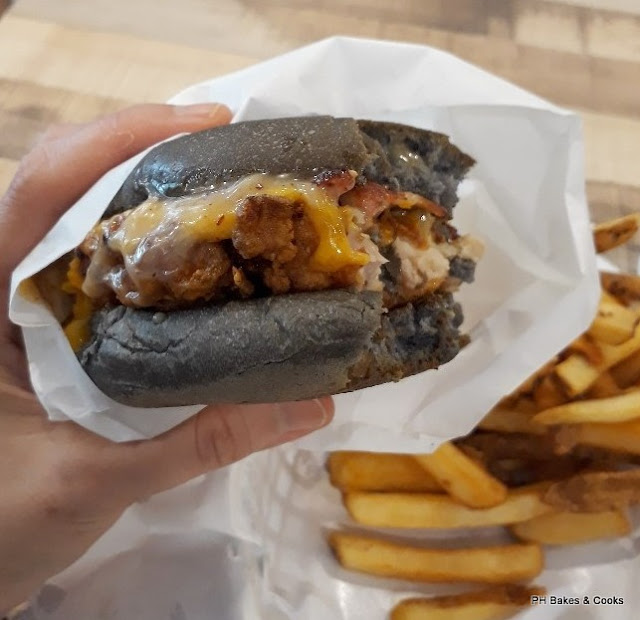 Do you want to know where you can get really awesome chicken burgers for a fraction of the price? I will share that with you in another post. In fact that was the place I wanted to go to on both occasions when I ended up here at Spade's Burger.

And you know what? I spotted a young lady with a brown bag dining with her friends at the outside seating. As I suspected, she had gotten her chicken burger from that other place and sneaked it in. Smart girl. But don't get caught hee..hee... 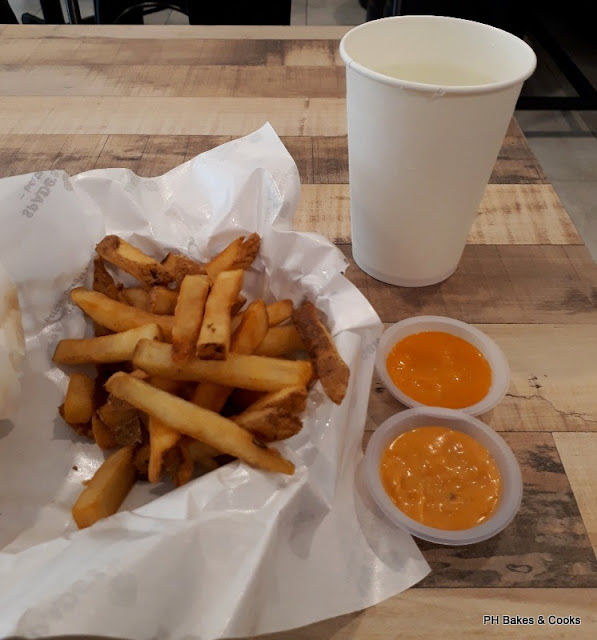 On a positive note, the serving of fries was rather generous and I loved the dipping sauces. But I'm afraid the burgers just did not cut it for me. So that's it for me at Spade's Burger. 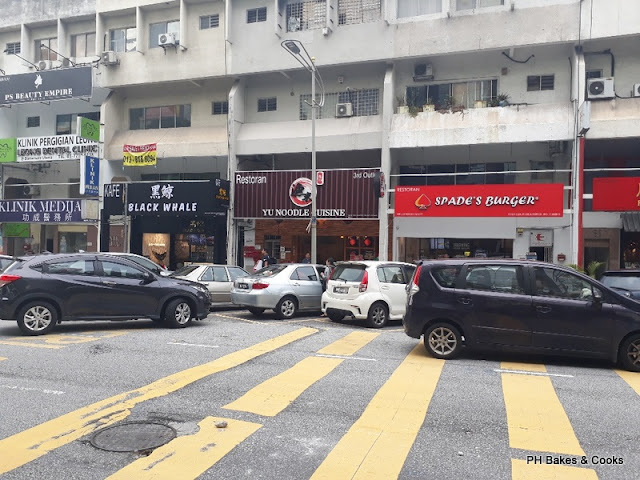