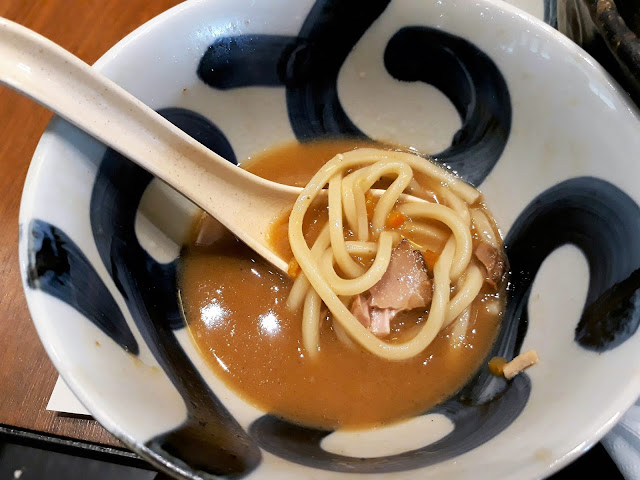 After my first experience, I had to go back. In the beginning, I was a little iffy about the Yuzu dipping broth.


I have never tried Yuzu but I know that it is a citrus fruit. So having that in broth seemed strange to me. But then again, we do squeeze lime into Tom Yum soup and that it awesome, right?

This time I made sure to order the Marutoku and Half Boiled Egg which is tsukemen with all the fixings. 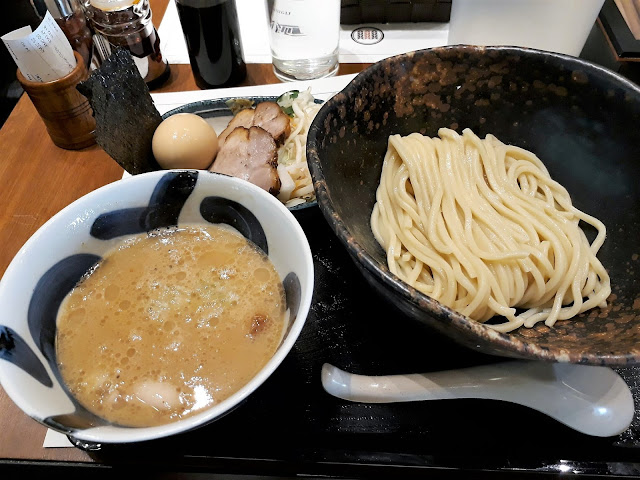 I decided to give cold noodles a try and it was alright because it is eaten dipped into the hot broth. 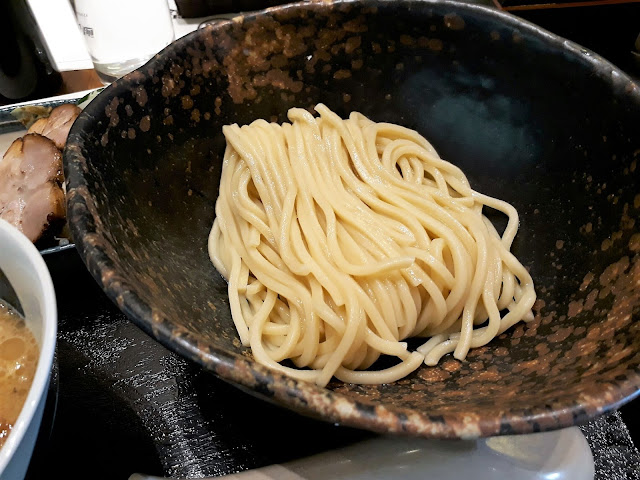 I was tempted to order the large portion (seeing how much I enjoyed the tsukemen the last time) but I was afraid it might be too much (and I was right), so I stuck to regular. 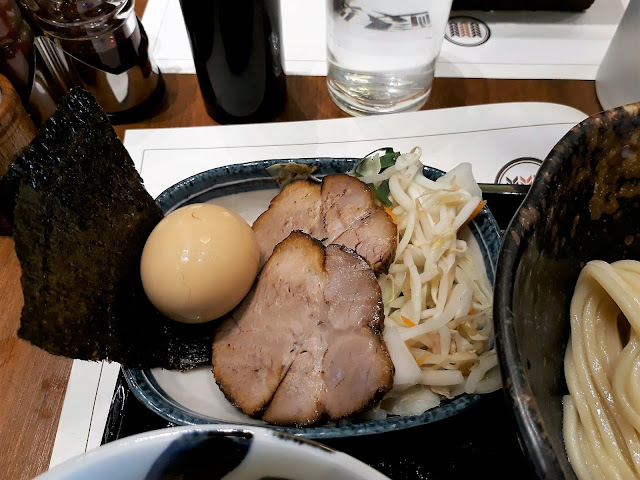 The proteins consist of 2 modest slices of oinks and an egg (with the yolks set and not runny as it should be). In addition to that, there is a small portion of crunchy beansprouts, cabbage and two pieces of seaweed. 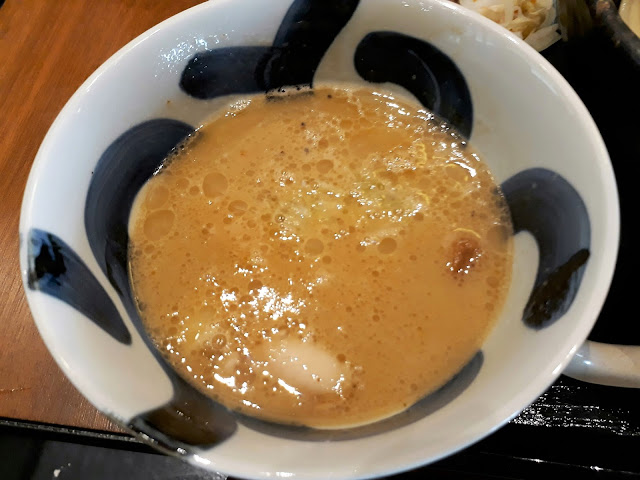 The Yuzu dipping broth was a revelation. It was robust and the Yuzu enhanced the flavors without overpowering it.

There was a smoky undertone to the broth that I loved which reminded me of smoked sausages. This dipping broth is sublime, like nothing I have ever tasted before. Highly recommended!


At the end of my meal, there was some broth leftover. I know that the broth is not meant for drinking because it would be too concentrated and salty. But what the heck, it was so good I just had to sip it. It was not too salty for me (which says a lot about my salt intake) and I went ahead and finished the whole lot.

Apparently, you are supposed to dilute the broth with some dashi stock before drinking. I saw a couple at the next table do that. Maybe next time that's what I should do as well. 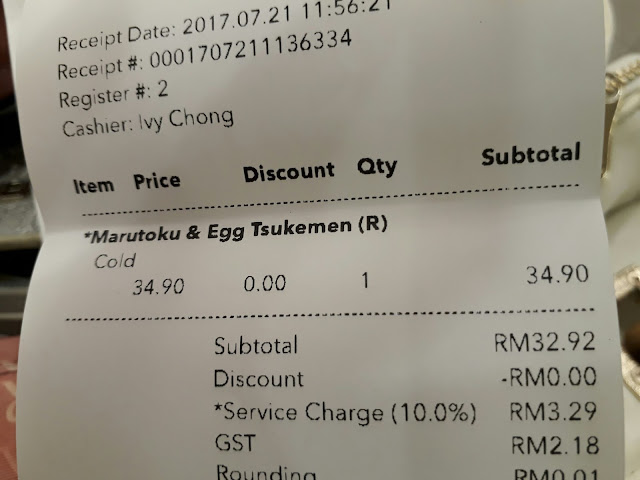 I was very satisfied and satiated. It was a very good meal and these people will see my face very often hee..hee...
Posted by PH at 08:10