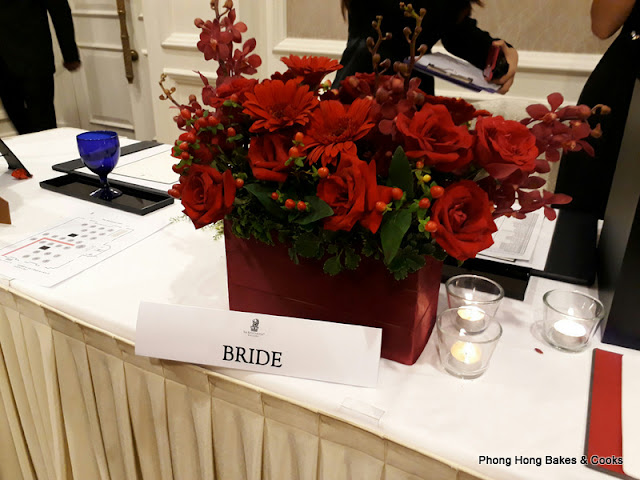 I am terrified of wedding dinners mainly due to the time overrun. And especially if the event is held on a Sunday evening.


I am not a night person. I am the early to bed early to rise type and if the following day is a work day, sleeping late would really mess me up.

But when your cousin invites you to her son's wedding, you are inclined to attend. After all, a wedding (besides Chinese New Year) is the only time when relatives get together to catch up and have fun.

Honestly, my enthusiasm that day was rather flagging due to the following :

1. Sunday evening is the time when I sit my fat ass on the sofa with my dinner to watch a few episodes of CSI;

3. I was still recovering from backache; and

But my parents were in town and would be attending the happy occasion as well. So that cheered me up.

I'm not the dressy sort, so I wore an old thing and I had a small problem. When you have backache, you cannot wear heels. Even a slight elevation of 1/2 inch would cause great discomfort.

I did not have time to buy a pair of flats so I had no choice but to wear my trusty slippers. That's really bad, isn't it? But the welfare of my back was paramount.

When I got to the reception, I saw many pretty ladies in pretty gowns and shoes. I felt very self-conscious. 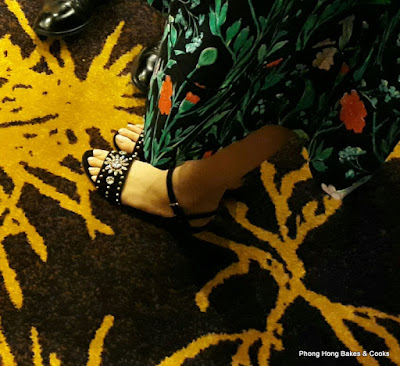 So I started snapping pictures of their lovely heels (discreetly of course).

I hoped no one noticed my feet. 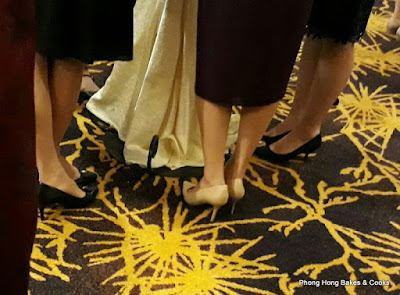 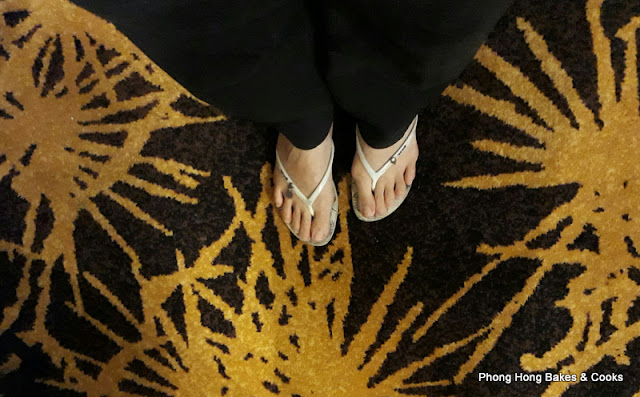 Drinks were served outside the banquet hall and everyone was happily chatting away. 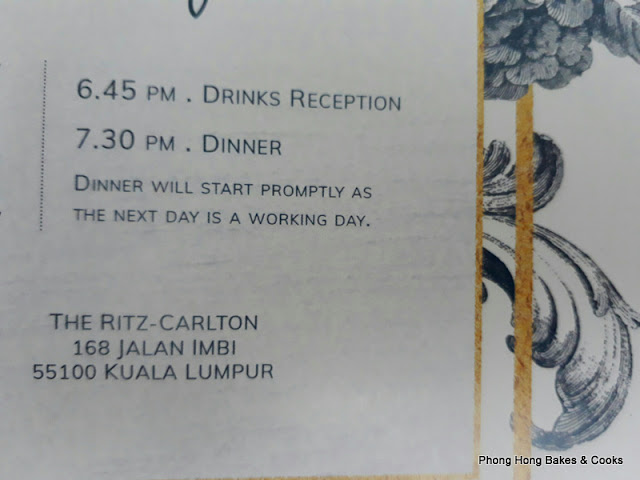 Did you see that? "Dinner will start promptly as the next day is a working day". Do you believe it? Of course not. This is Malaysia. Wedding dinners never start on time. 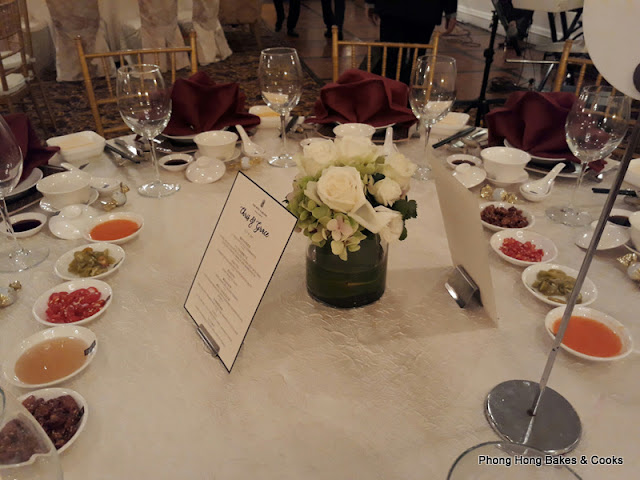 Mum and I decided to walk into the hall to get seated. By then it was almost 7:30pm. 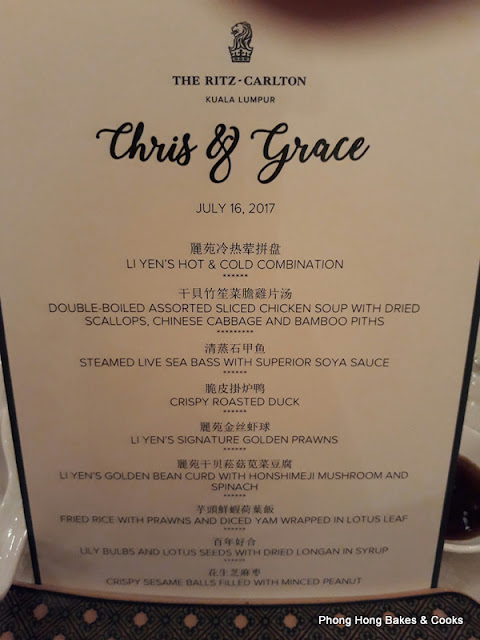 By the time the first course was served, it was past 8:00pm, which is considered pretty good because I have been to dinners that start past 9:00pm.

There was even one that started at 10:00pm and had me swearing I would never attend another wedding. Ever. 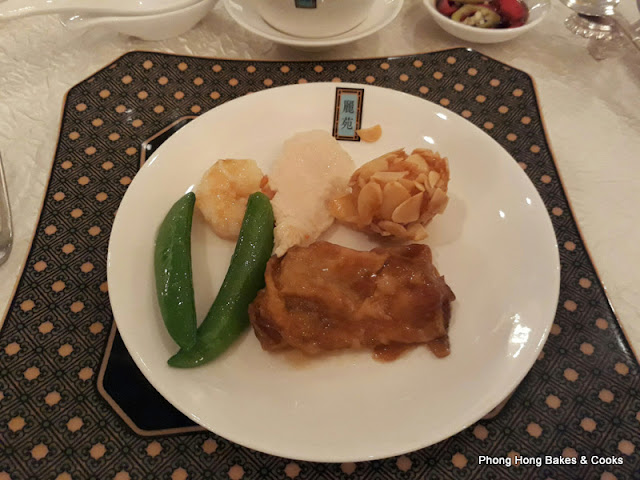 The Ritz being a posh place, we were individually served which was nice. But we (my brother and I) sort of miss having the big platter plonked in the middle of the table and we scramble to serve ourselves. That way, the big eaters get to eat more hee..hee... 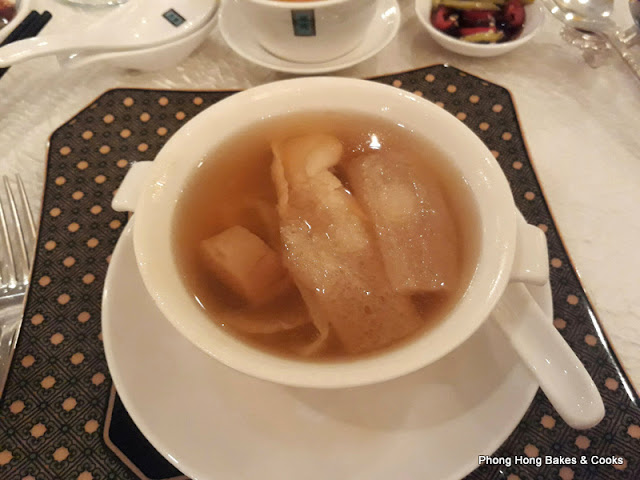 The double boiled soup was rather good. I seldom get to drink this sort of soup. 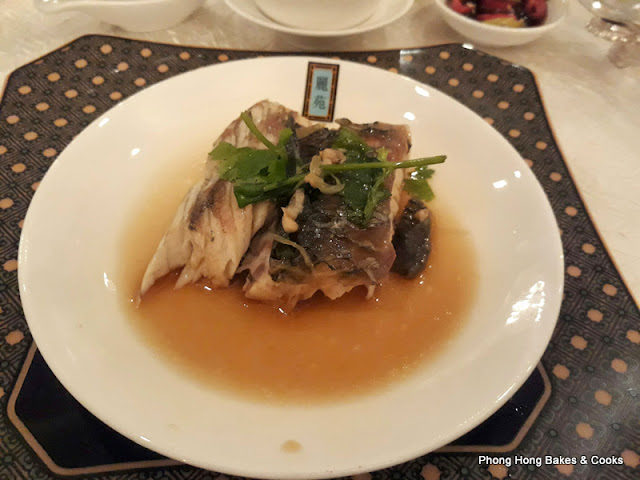 The steamed seabass did not fare so well. It could have been better.

The roasted duck was alright. My brother's plate looked better than mine.

There were speeches in between which resulted in a pause between courses. I felt that the guests could have been served during the speeches to save time. 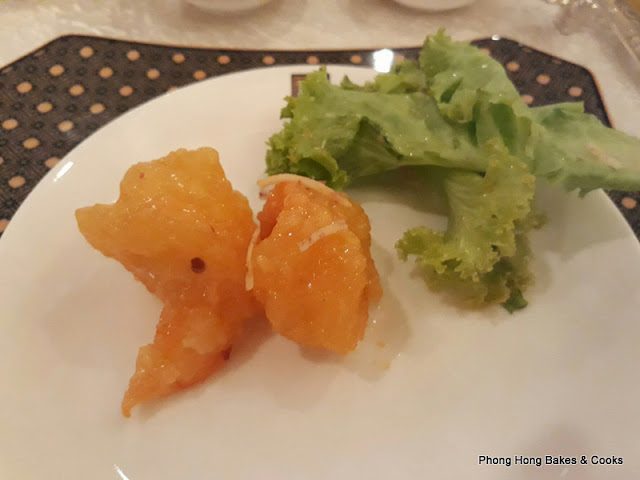 This is the golden prawns, which were excellent though they did not look like prawns and the serving size was really minute. 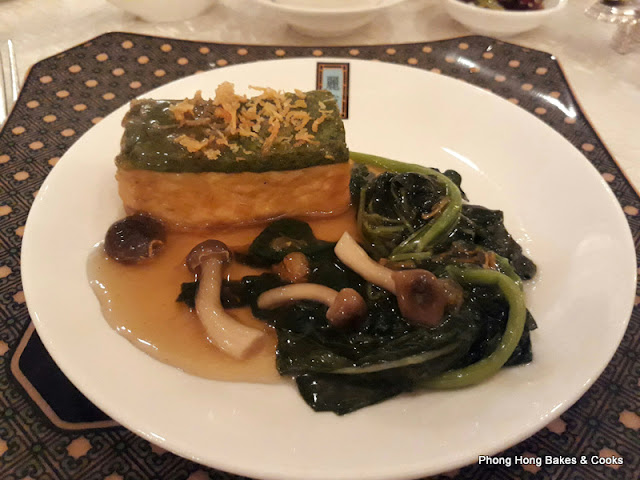 The beancurd was cold by the time it was served. I noticed the servers waiting for a speech to end before delivering the plates. As I mentioned before, they could have delivered the plates of food during the speech.

I was really looking forwards to the carbs but bah! I forgot to snap a pic of the fried rice. It was good and I loaded the remainder of my pickled green chilies into the rice. 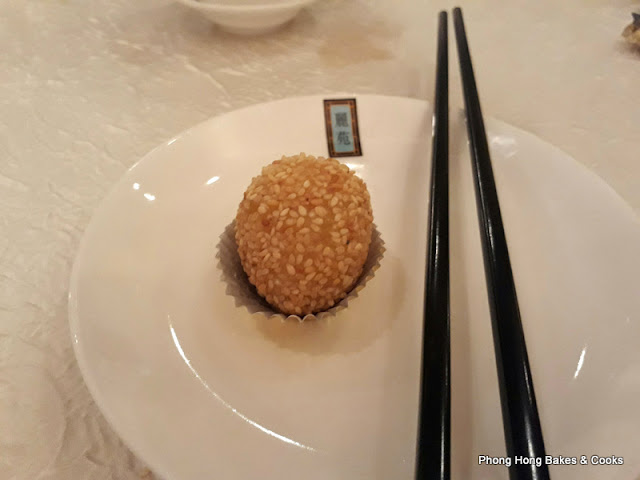 This crispy sesame ball was very nice and yes, we got only one each. Two would have been more balanced, no? 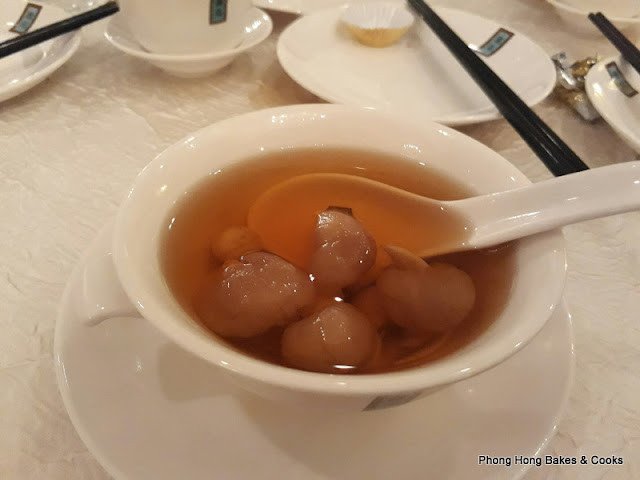 This last dessert was lovely, not too sweet and I would have preferred it chilled.

It was past 11:00pm by then and I was feeling sleepy. My double dose of coffee earlier in the day was wearing off.

After saying our goodbyes, we went on our way. It was past midnight when I reached home. That reminded me of Cinderella. But I had no glass slippers on me. Just my good old selipar Jepun. 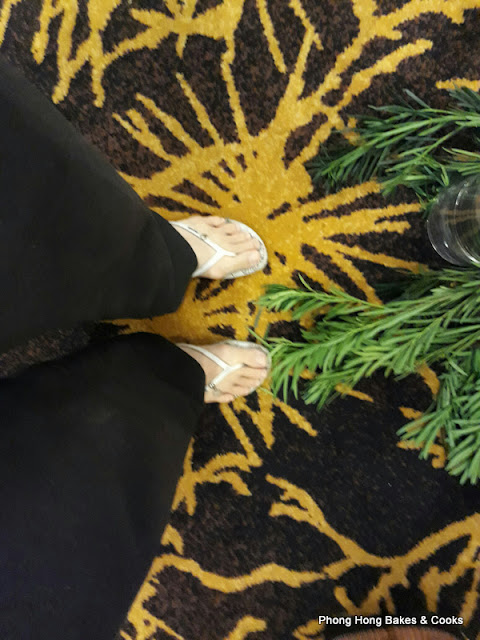