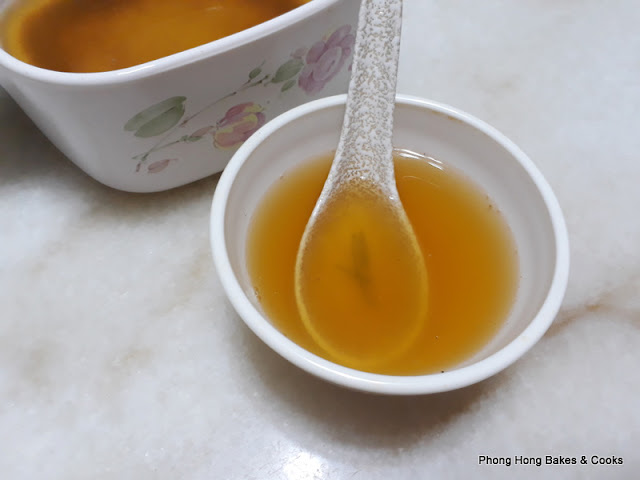 Hey there! I'm back. But only for today. While you were having a great time with family and friends, I came down with the flu, right smack on the first day of Hari Raya.


That Friday before Hari Raya, I was feeling OK. No indication at all that I was going to be ill. I made plans to do some major housekeeping and cooking during the long weekend.

During dinner that evening, I felt sleepy. Very sleepy. So when I got home, after putting away my groceries, I immediately took a shower and went straight to bed.

The next morning, WHAM!! I woke up with a fever and headache. I was so, so tired that I stayed in bed until 8:30am, which is very unlike me.

I don't do lazing in bed during weekends or holidays. I am the sort of person who likes to spring into action the moment I wake up. Lazing in bed is incredibly boring to me. I like to get up and do something.

When I summoned whatever energy I had to get out of bed, I felt dizzy the moment I stood up. So I had to sit back down and give myself time to adjust before getting up again.

Walking to the bathroom was a monumental effort. This felt familiar. That's when I realized that this was exactly how I felt when I had dengue.

Bah! Why does this have to happen to me? I had looked forwards to the long weekend and here I am, incapacitated. After seeing my partner off, I went back upstairs to lie down.

That was when memories came flooding back. I recalled the time at the emergency room 3 years ago. I was lying on the gurney and hooked up to an IV while my partner sorted my admission. I was utterly miserable. Why? Why me?

Then I heard a soft groaning coming from my left. It was a young lady, though I could not see her as we were separated by a curtain. She was clearly in pain.

When the attending doctor came to examine her, I could not help overhearing the conversation. Apparently, this young lady had a colonoscopy done (at another medical center) due to some gastrointestinal issues. After the procedure, she experienced pelvic pain. Even with medication, it did not help.

"I feel as if my insides are torn apart". That was how she described it. And I was like, whoa! That has got to be extremely painful. The good doctor, who was gentle and soft spoken, recommended an STD test.

This was met with protest by the young lady who spoke up that she was a virgin. A STD test would not be relevant on someone who had not had exposure and the doctor relented.

At that moment, I noted that my bladder was full and I had to pee. Very badly. Bah! So  waited for someone who could help me and I stopped a nurse who was passing by. She helped transfer my IV to a portable stand and directed me to the loo.

As I was making my way to the toilet, I heard someone wretching. Huwek! Huwek! Gosh, that was awful. Then I saw three beds and the lady in the middle was sitting up with a plastic tub between her knees. She was throwing up. Poor thing.

After my visit to the toilet, I got back to the gurney and was admitted shortly after. What I witnessed told me that those two ladies had it a lot worse than me. I was not in any pain, just some discomfort and I should not complain.

Coming out of my reverie, this flu can't be as bad as dengue. I just had to sit it out. The overwhelming fatigue was crippling and I spent most of my day flat on my back.


My partner texted me that we should eat dinner at Chillis (to save me from cooking) but I told him no. I had no energy and no appetite. Besides, I believe in containment. When you have the flu, do not go to public places. Don't visit anyone. Do everyone a favor and don't spread the virus.

It was only on the third day that I felt clear headed, though the fatigue was still there. Even a minor task like washing my plate and mug had me taking a break to ease off the tiredness.

I am recovering, slow and steady. I still feel tired and I'll be back again once I feel better. Till then, take good care of yourselves!