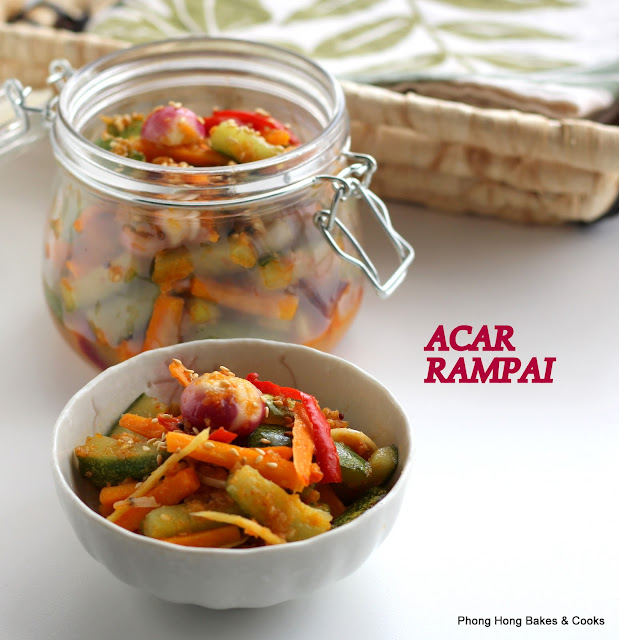 I love acar (pickles), in particular Nonya acar. It's been a while since I made some . This delicious acar used to grace my family dining table during Chinese New Year.


It's a lot of work. Peeling, slicing, blending and sauteing. No wonder it makes its appearance only once a year.

There are many variations of spicy acar and I decided to try something different. 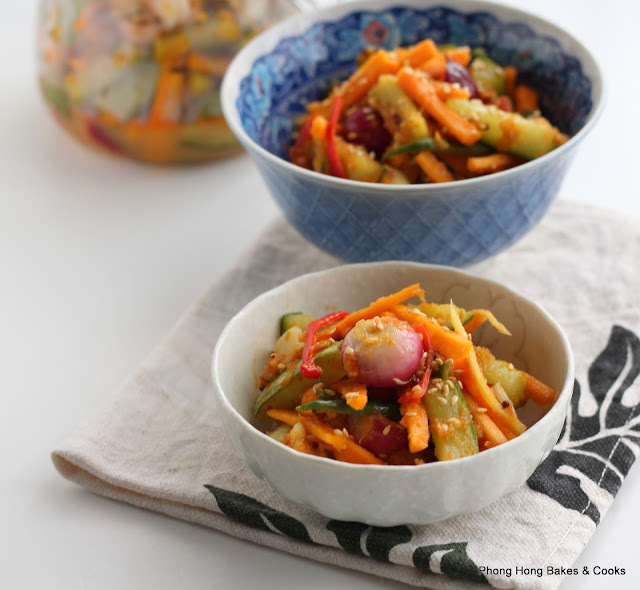 The difference between this Acar Rampai and Nonya Acar (the version my family makes) is that it contains dried prawns (hae bee), ginger and dry spices.

Since I made a small portion, it wasn't as laborious.

One thing to note when you prepare the vinegar mixture is always go for intensity. You want sour sour, sweet sweet and salty salty.

Why? Because during the pickling process, the vegetables (especially the cucumbers even after salting) will release liquids and dilute the seasonings. 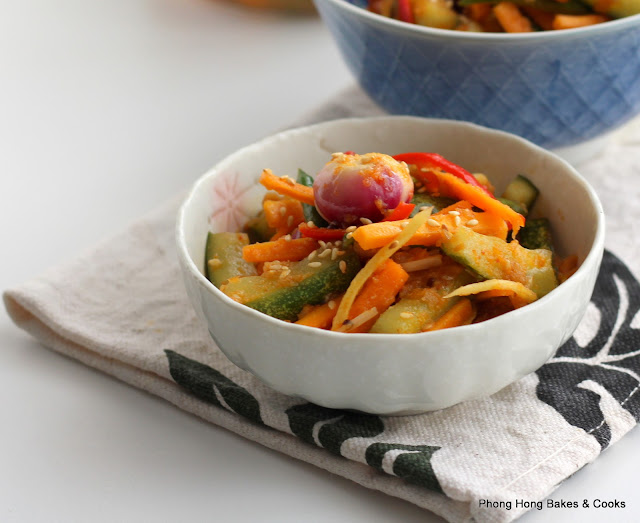 After cooking the acar, let it sit for an hour or two. Mix it after an hour to ensure even pickling. Taste and adjust for seasoning.  It must be sweet, sour and salty.

Leave for another hour, repeat the process and taste again. Once you are happy, you can store in an airtight container or a bottle and keep it in the fridge.

It is best consumed the following day when the flavors are more intense. 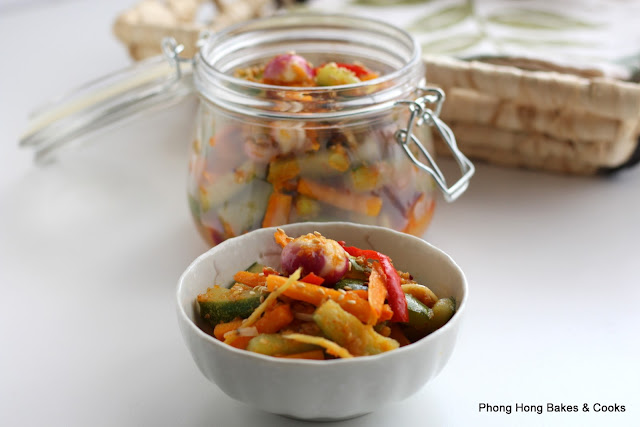 Well, I found this Acar Rampai to be very tasty on account of the addition of dried prawns. But if I were to make this acar again, I would leave out ginger because it did not quite suit my tastebuds.

Method :
1. Put juliened cucumber into a colander and sprinkle with 1 tsp salt and 1/2  tsp turmeric. Toss to coat and leave to stand for an hour. Then gently squeeze to remove excess moisture and set aside
2. Heat oil and saute cinnamon stick, star anise, mustard seeds until aromatic.
3. Add blended spice paste,  pounded dried prawns and tomato ketchup.
4. Saute until oil rises.
5. Add vinegar and sugar mixture and stir. Simmer until mixture is thick.
6. Add carrots, onions,garlic and ginger. Simmer for a while until carrots are slight tender but still crisp.
7. Add chillies and cucumber and toss to mix evenly.
8. Taste for seasoning.

Note :
- Salting the cucumber will aid in releasing water which will ensure your acar will not be watery.  It also makes the cucumbers crunchy. After an hour you will notice lots of water pooling under the colander. It is not necessary to rinse the cucumber. Just gently squeeze the cucumber to remove remaining moisture. The cucumber will be salty, so you might not need to add additional salt to the acar.

- I like to transfer the acar into a big bowl and let stand for an hour. After that, toss and taste. Add more vinegar, sugar or salt if necessary. Let stand another hour, toss and taste again. Adjust seasoning again if necessary. Store in a container and keep in the fridge. Best to serve a day later. 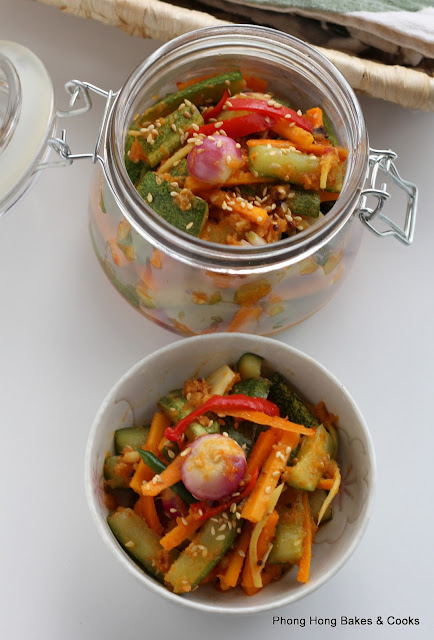