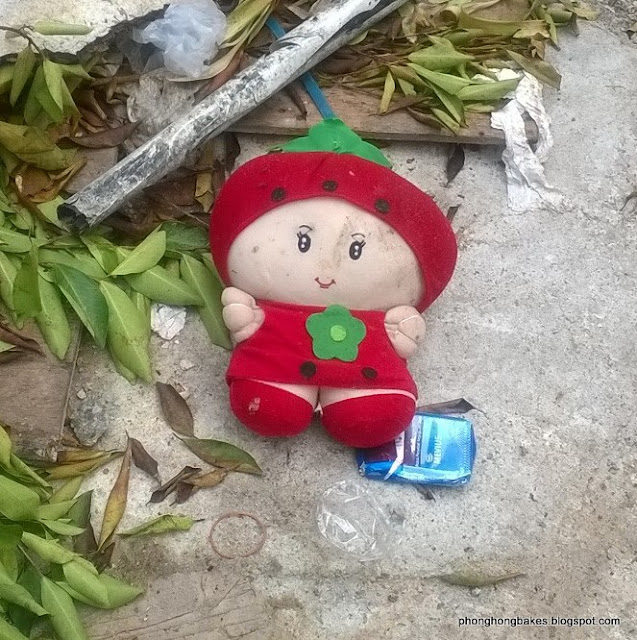 Does that doll look cute to you? Not to me. Dolls give me the creeps. Maybe I watch too many scary movies.


When I was growing up, I was fascinated with the paranormal and occult. It was a time when parents/guardians were more relaxed when bringing up children.

Life was less complicated then and the world was a safer place. Children were allowed to roam free in the playground and neighborhood. It was also a time when cinemas did not have ratings.

Back then (in my case at least), there was no fear of trauma or psychological damage and I tagged along to scary movies. My earliest recollection of the cinema was waking up in the dark on my grandma's lap to the sight of a man (Dracula?) drinking from a goblet.

"What's that?" I asked, to which grandma coolly replied "He is drinking blood". It didn't quite register, this drinking blood business, so I continued sucking at my milk bottle.

On another occasion, I remember seeing a lady in the buff (only her back and bum was visible) stepping into a bath tub filled with flowers. And I thought to myself, how nice it is to soak oneself in a tub of flowers. I remember nothing else from that movie.

And then there was this one movie that made an impression on me. It was some sort of Chinese sword fighting movie where there were scenes of heads being chopped off. I didn't have my milk bottle to distract me.

The day after the movie, I walked in on my grandpa sleeping, covered from head to toe with his blanket. I burst into tears thinking that grandpa lost his head like in the movie (Kong-Kong boh thau! waaaaaahhh....!!!!). He woke up of course, assuring me that his head was very much intact. For a while, grandpa was not allowed to cover his head.


Then when I was older (primary school), I watched the 1970s series The Sixth Sense (together with my grandparents) starring Gary Collins. I don't remember much from that series but I know that it dealt with things that go bump in the night.

Up to this day, I love scary movies. The scarier the better. But now it takes a lot more to scare me. My all time favorite scary movie is Don't Be Afraid of The Dark (1973). Don't bother watching the remake. This 1973 version gave me the creeps when I was in standard 6 and it still gives me the creeps to this very day.


Grandma used to remind me not to pick up any discarded dolls or bottles no matter how pretty they are because they could be housing spirits.

Have I had any creepy real life experiences? Oh yes. I wrote about it once here.
Posted by PH at 08:11