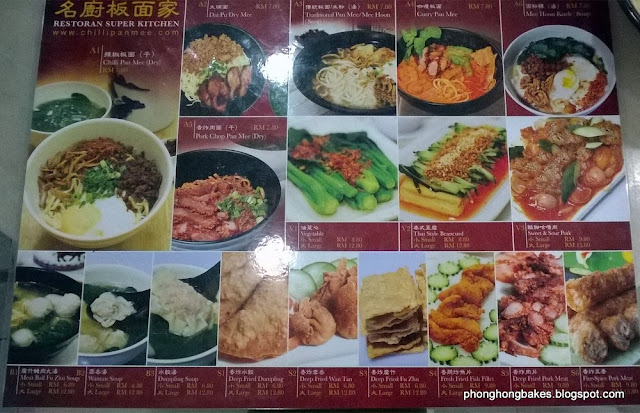 Update : This outlet has closed down.

It was a day when I was supposed to rejoice. It was cheat day! What? Again? Well, cheat day comes once a week, you know? Every Saturday is Cheat Day. A day when I can eat carbs and enjoy whatever food to my heart's desire.


So when Saturday came, obviously I wanted carbs. My brother and I wanted to go to the newly opened Sri Thai at Damansara Uptown. But we couldn't get a parking space. The whole of Uptown was super jammed up. Drat!

Then we crossed over to Damansara Kim, in hopes of dining at Kompassion. Same thing over there. All jammed up with no hopes of parking anytime soon. So. We went back to Damansara Uptown and settled for something else.

Chilli Pan Mee. The shop just opened recently and we decided to go there not because of the pan mee, but because it was very near our main mission.

After looking at the menu, I settled for the Dai Pu Dry Mee... 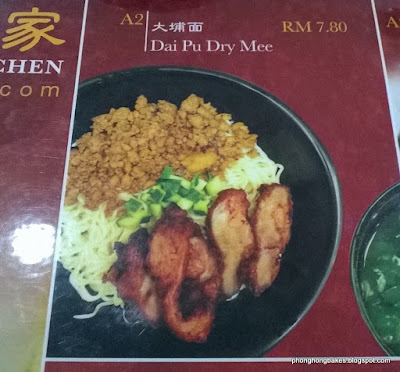 while my brother wisely chose the Mee Hoon Kueh (Soup). 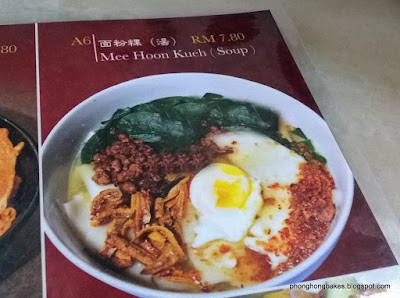 For drinks it was the Lime Sour Plum for him and Umbra for me. 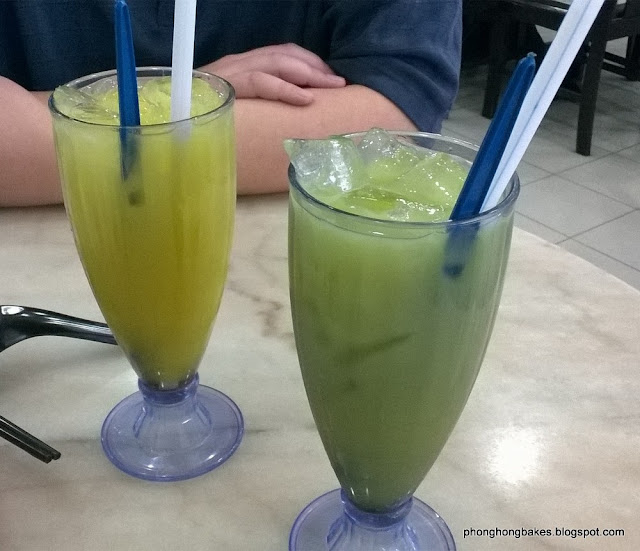 The Umbra was diluted and therefore it wasn't great. My brother's Lime Sour Plum however, was concentrated and it was rather good. 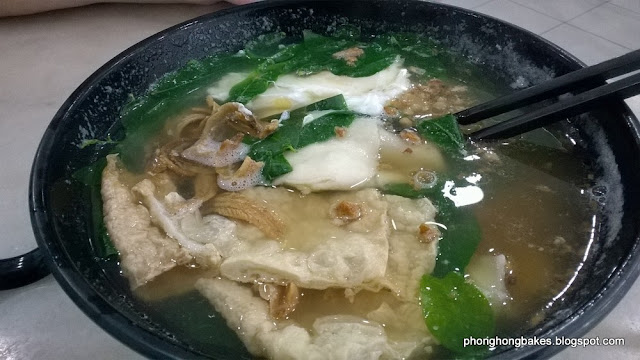 This is the Mee Hoon Kueh. 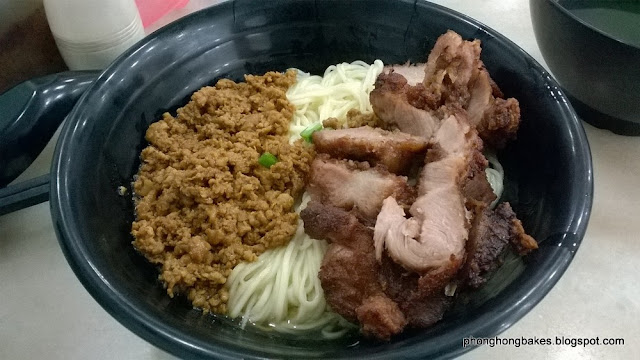 And this is my Dai Pu Dry Mee. Looks good? I mixed it all up. They were extremely generous with the noodles. As if they knew it's cheat day and that I wanted to eat noodles kaw kaw. 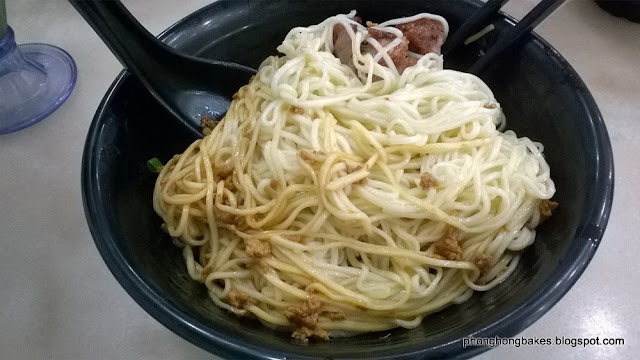 That's when I noticed that the noodles were overcooked, stodgy and very starchy. It was quite difficult to eat because they were so soggy and sticky. The roasted meat and minced meat were not to my liking. 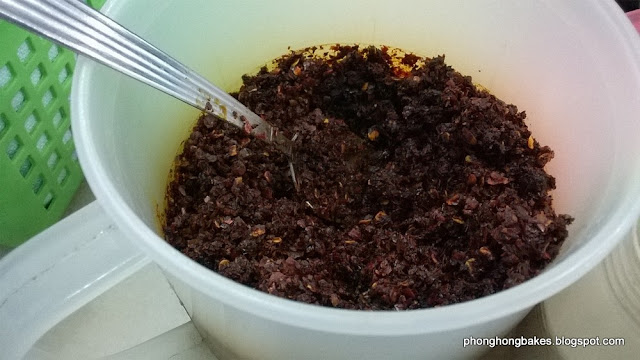 Even the chilli could not help it go down easier.

So. For the first time since God knows when, I couldn't finish my food. 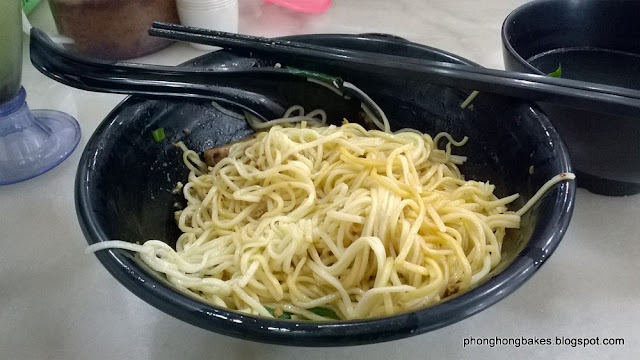 My brother felt sorry for me and offered to exchange bowls. Oh no, I did not want him to eat the awful noodles but he insisted that I have some of his. 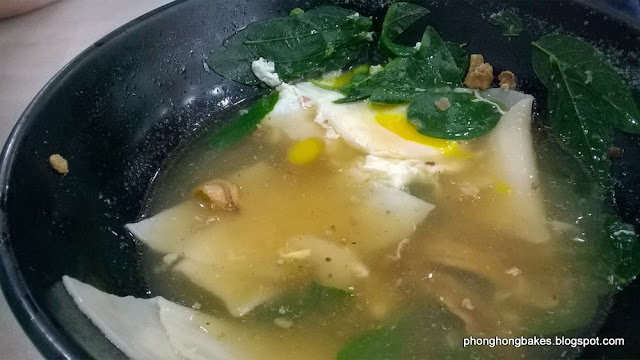 So I had a taste and a bit of the pan mee. It was nice, the soup had lots of flavors and I liked the ikan bilis. But I found the pan mee to be on the hard side. But my brother told me that was they way it's supposed to be. Really?

I returned the bowl to him for him to finish his meal. He tried a bit of my noodles and agreed that they weren't good. 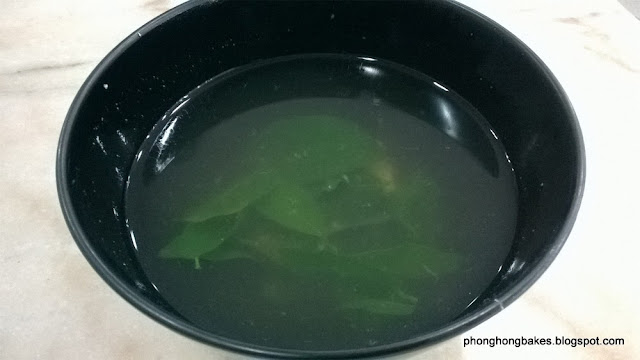 Oh yes, I was given a bowl of clear soup. It was nice but I dare not drink too much in case there was msg which would make me very thirsty.

I guess it serves me right for ordering something other than pan mee at a pan mee joint. I'm not writing this place off as yet because I must come back again for the pan mee before I make a judgement.

With that, we adjourned to that other place that was guaranteed to make happy. To be continued......... 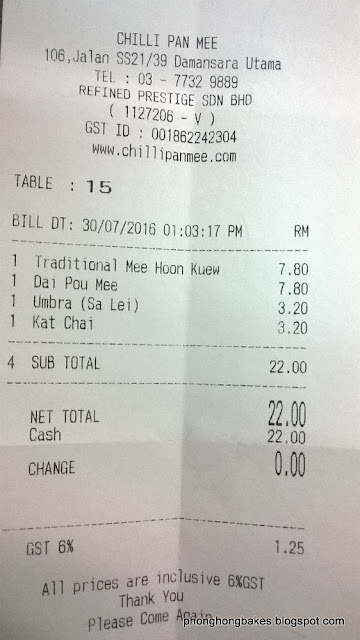