Honesty And A Long Queue 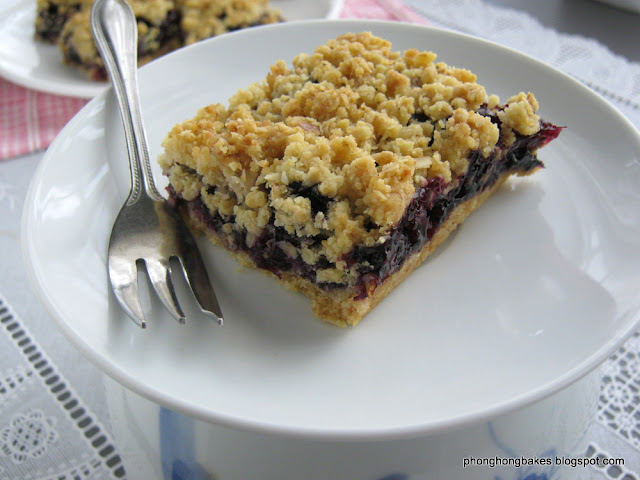 I was at the supermarket last Saturday. That's not my usual grocery day but since I gave the office a ditch (hah..hah..) I decided to pick up some supplies. Or rather I made a special trip to the supermarket for these : 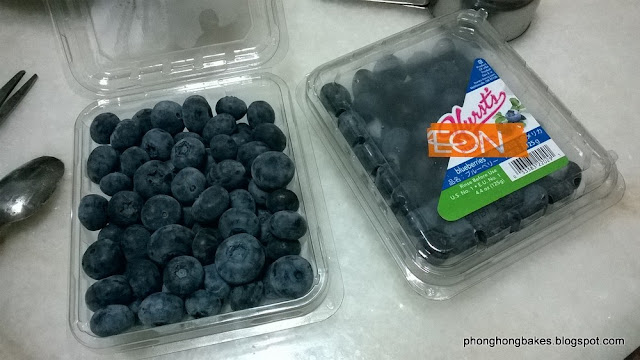 Why? Because I wanted to make this : 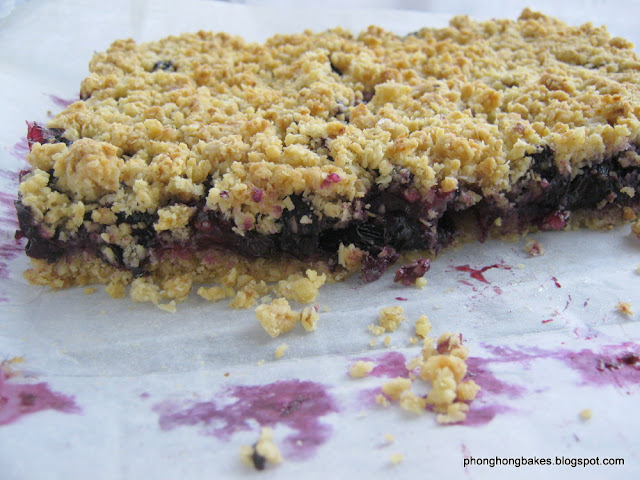 But before I get into my Blueberry Crumble Bars, allow me to digress. Normally, I arrive at the supermarket at 10:00am. Sharp. Then I whizz about the shop floor at attack speed and hit the cashier by 10:30am. Sharp. Because if you reach the counter after that time, be prepared to queue.

Well, that day, I got to the supermarket after 10:30am. Thanks to Bata. I wanted to buy a pair of working shoes. Just one pair but I ended up with three. There was a sale and for some weird reason, my eyes were naughty. But that's fine because I buy shoes once every errr... five years.

After picking up some vegetables and blueberries, I made my way to the cashier. Holy cow! The queue stretched from the counter right up to almost the back of the store. Drat! But what to do? I was late and so I queued.

It took me 30 minutes to reach the front and as the cashier swiped my member card, the couple ahead of me came back. Apparently, they realized that the cashier missed a few items resulting in them paying much less than they should have. A small commotion ensued as the very flustered cashier tried to attend to the situation.

The people behind me (including myself) were pretty annoyed. I mean, I appreciate that the couple were good honest people, and that they wanted to do the right thing. But that meant the rest of us had to wait some more.

After a good 5 minutes or so (which felt like much longer), the floor supervisor was called to assist the couple. And I could pay for my stuff and finally leave.

So. When I got home I immediately worked on my blueberry project. The dough was made up of flour, rolled oats, sugar and walnuts. Thanks to my mum, I had a mini food processor at my disposal. 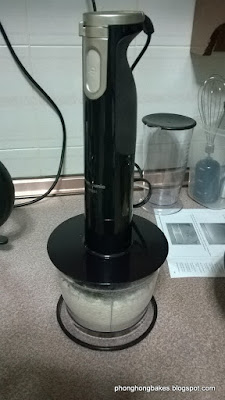 Since it is small, I had to process my flour mixture in two batches. The blueberries were mixed with sugar, lemon juice and cornflour.

After pressing half the dough into the pan, I topped it with the blueberry mixture. 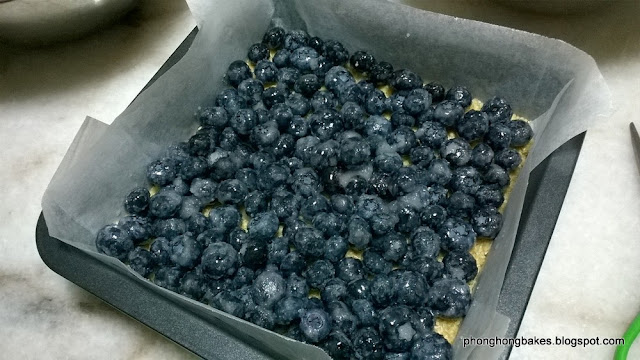 This was then topped with the remaining dough. Once baked, this was what I got : 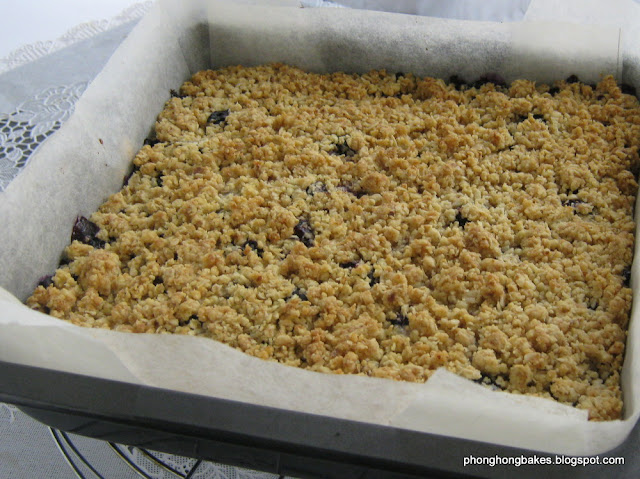 While it was cooling on the rack, I kept staring at it. It kept calling me to dig in. So. I took a spoon. 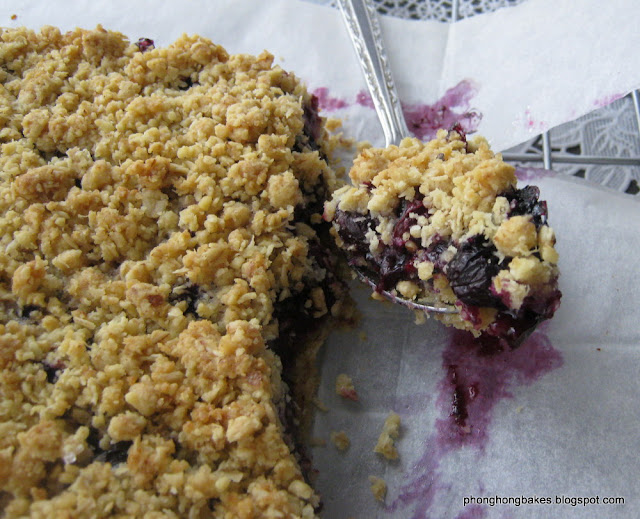 Oh me God! It was so amazing! 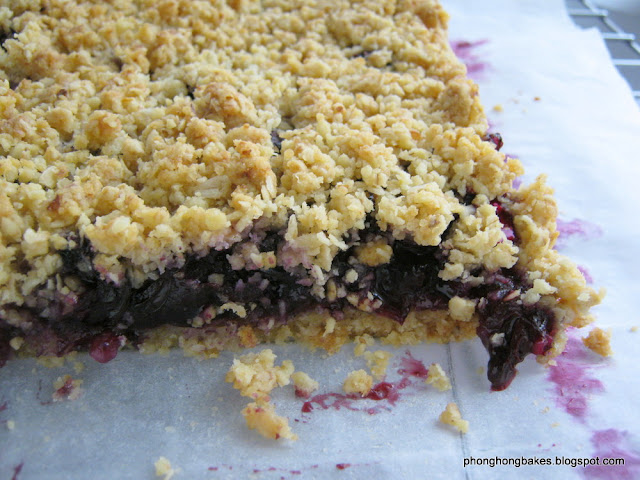 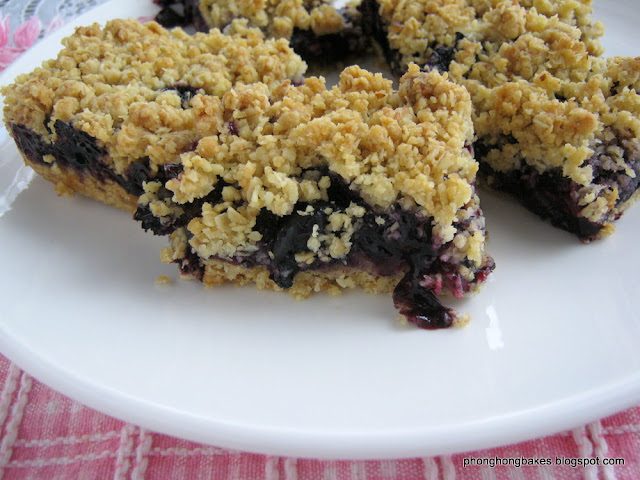 I let the rest of it cool and then sliced them into bars. I wasn't very good at it. 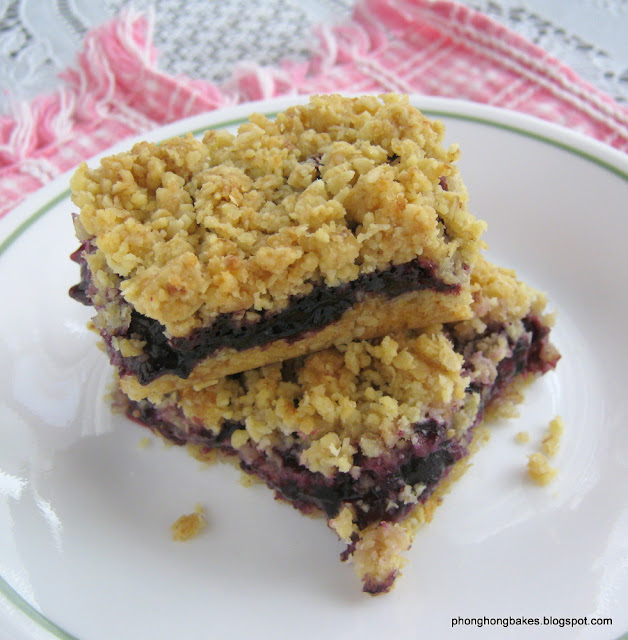 This crumble bar is too good that I simply have to share the recipe. I had it for lunch and for dinner. Ooppss!! 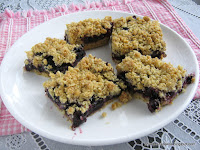 Method :
1. Using a food processor, process flour, oats, dessicated coconut, walnuts and sugar until fine. Pour into a mixing bowl.
2. Add vanilla extract to the melted butter and mix.
3. Pour the butter/vanilla mixture into the processed flour.
4. Using a spatula, fold everything together to form a moist crumbly dough.
5. Pour half of the dough into a lined 8" square pan and press the dough firmly into the bottom of the pan.
6. Pour in the blueberry mixture (recipe below).
7. Sprinkle the remaining dough onto the blueberry mixture.
8. Bake in a preheated oven at 180C for 40 minutes or until crust is brown.
9. Cool completely and cut into squares.

For the blueberry mixture (Recipe source : Adapted from A Beautiful Mess)
Ingredients :
- 250g fresh blueberries
- Juice of half a lemon (I forgot to add the zest. Drat!)
- 1/2 cup white sugar
- 2 tsp cornflour

Method :
1. In a mixing bowl, add lemon juice, sugar and cornflour. Mix to combine.
2. Add blueberries and gently mix it in. 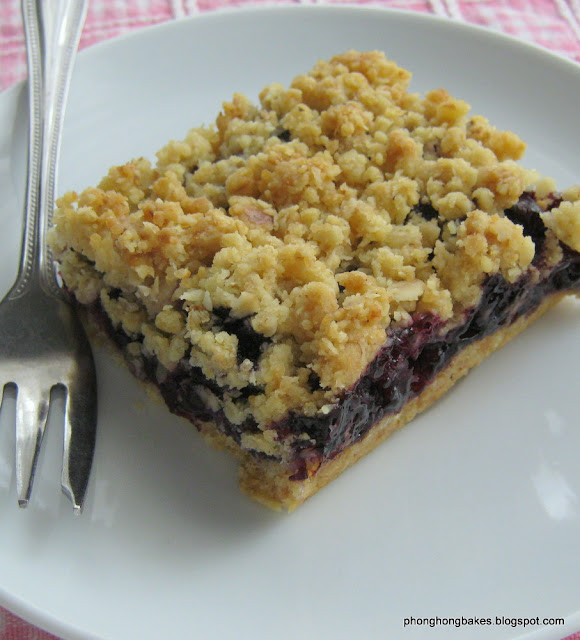