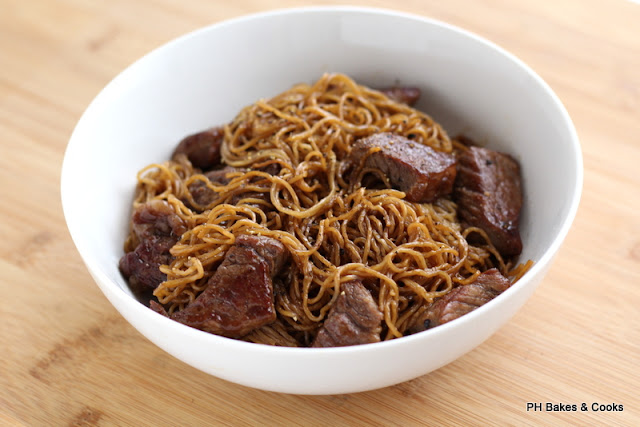 Has anyone watched the Korean movie Parasite? I am sure many of you have. I was curious about this movie and got the chance to watch it during Chinese New Year at my brother's house.


It was only after watching this movie that my brother and I understood why Parasite won Best Picture at the Oscars. It was entertaining and thought provoking.

In the movie there was a scene where this lady makes a call to her housekeeper to cook jjapaguri with steak for her son. When the family reached home, somehow (I can't quite remember) the son didn't eat but instead the mom ate the  instant noodles with steak.

I was quite curious of course and the recipe was all over the internet. Apparently, jjapaguri is a combination of two types of Korean instant noodles - Chapagetti and Neoguri. I found Neoguri at Jaya Grocer but not Chapagetti. So I just forgot about it since I don't eat instant noodles anyway. 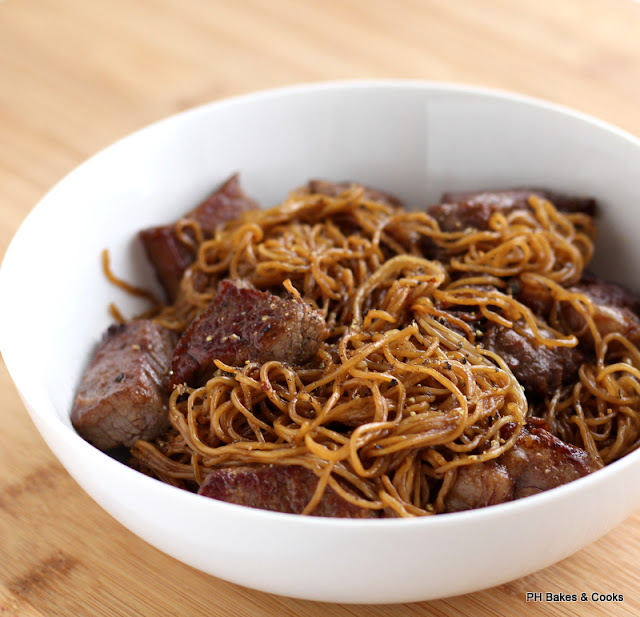 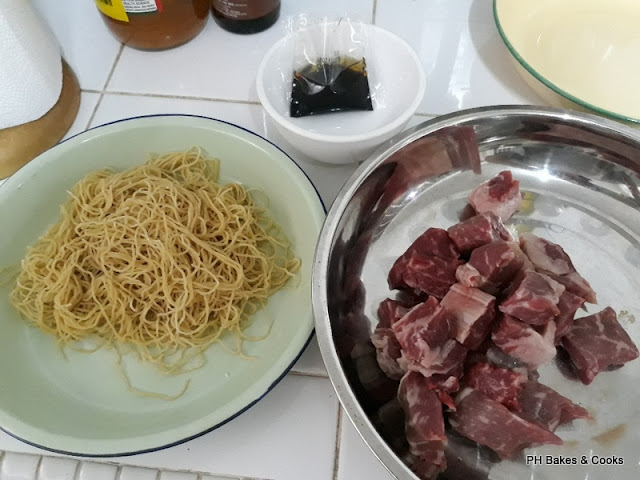 Of course this cannot taste like jjapaguri since I am not using the seasonings that come with the instant noodles. All I used is salt and pepper to season the steak (which were cut into cubes) and the sauce that came with the wanton mee.

This dish takes 3 minutes to cook and timing is important as not to overcook the beef and the noodles. I put the timer on for 3 minutes and made sure that a pot of water is already boiling.

1. Heat oil in cast iron pan until very hot.
2. Add steak cubes and stir fry for 2 minutes.
3. At the end of the 2 minutes add wanton mee into boiling water (boil for 1 minute).
4. Thirty seconds before the 3 minutes is up, pour sauce into the hot pan and add a tablespoon of butter.
5. Transfer cooked wanton mee into the pan and toss to coat in sauce. 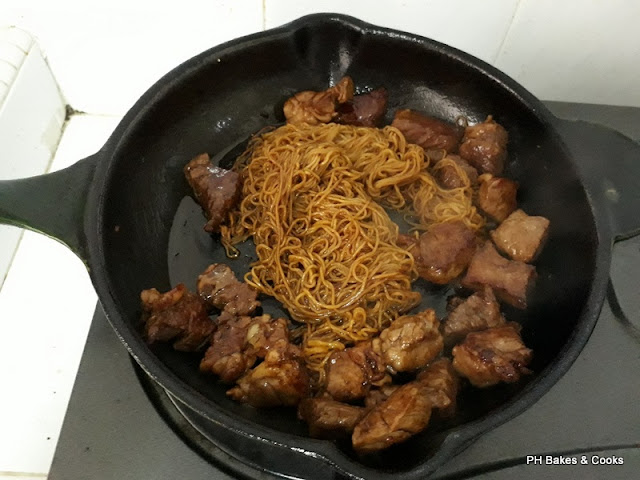 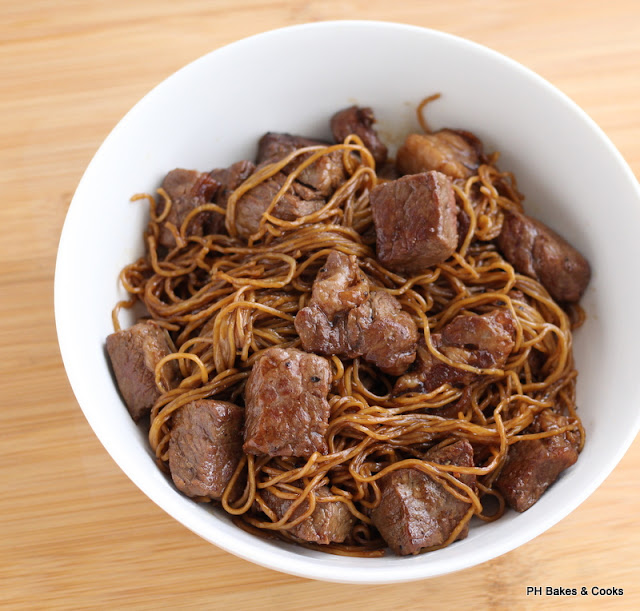 It looked so bare without any veggies. So I added my favorite herb - coriander. 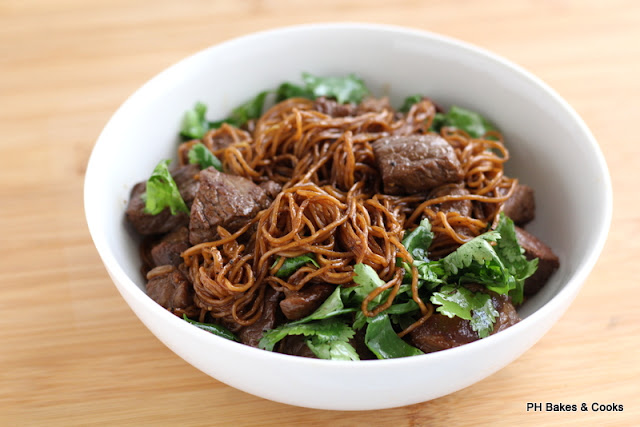 Spring onions would be great too but I didn't have any. 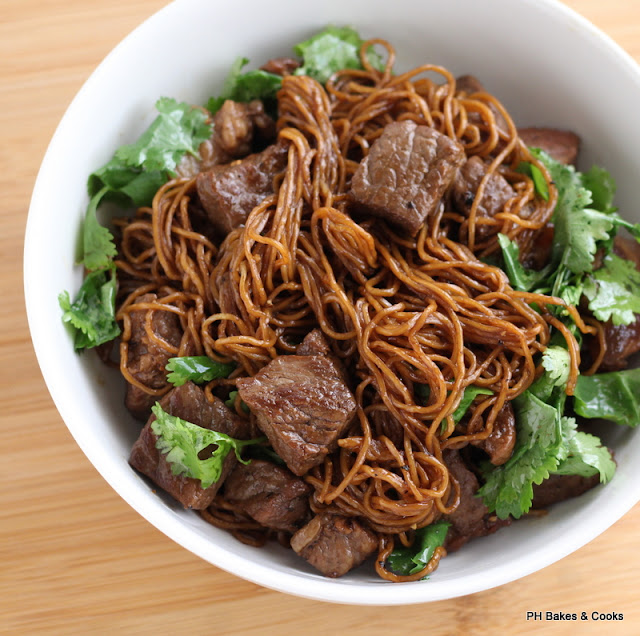 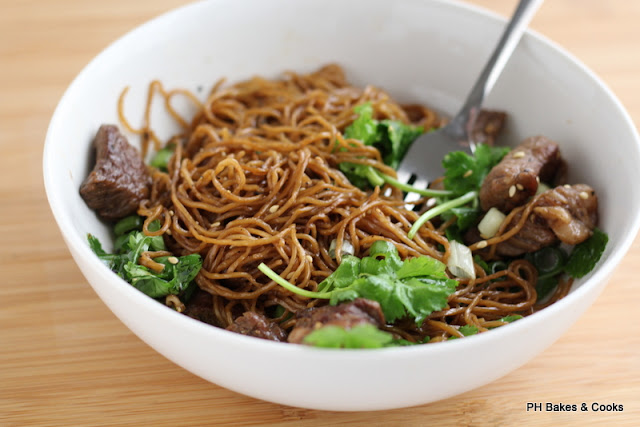