Chanko Nabe : Food for the Sumos 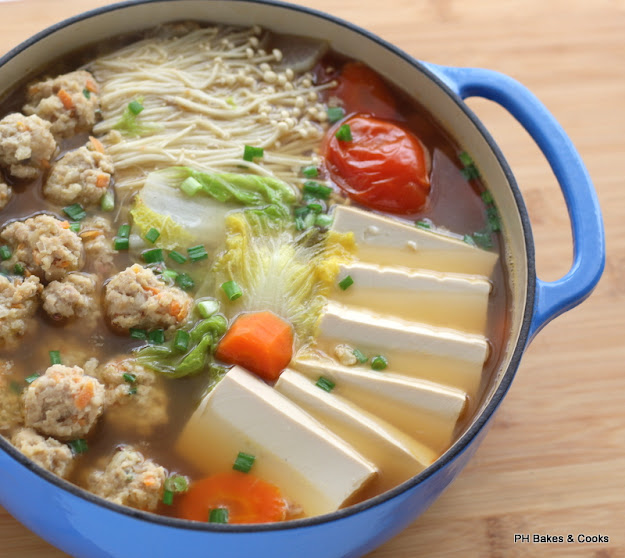 Some years ago while watching TV, a documentary about sumo wrestlers came on. Oh! How interesting!

When I was a child, I was very fascinated by these huge bulky men (wearing very little clothing during competition) who wrestled one another inside a small ring.

I was also rather curious. What did they eat to get so big? The segment on their daily diet came on and I was very surprised to see that they ate a soup that had lots of vegetables and meat called chanko nabe. 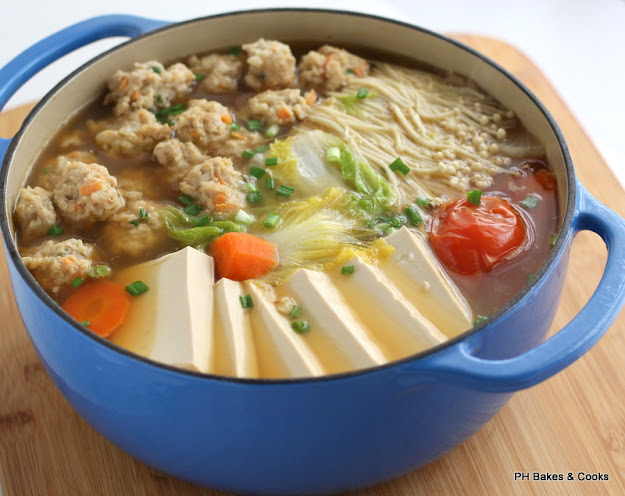 Wow! That is healthy food. You can put on so much weight with healthy food? Well, if eaten in abundance, the added  calories will make you gain weight.

The sumo wrestlers don't stop at just one bowl, they eat many bowls. Then they take a nap after lunch, and that my friend will guarantee weight gain. I know because that is what always happens whenever my brother and I return to Kuala Terengganu hah..hah...

In Japan, there are restaurants that specialize in chanko nabe and anyone who wants to have a taste of the food for sumos can get the opportunity. 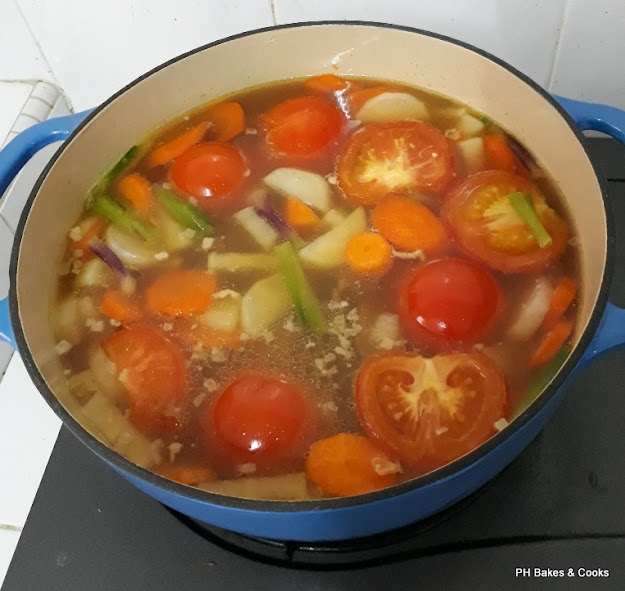 You can certainly make your own at home because chanko nabe is not difficult to cook. It is basically a soup made with broth, like chicken broth, and some seasonings and aromatics are added - sake, mirin, soya sauce, garlic and ginger.
Well, my version did not contain any of that but I think it can still qualify as a chanko nabe because chanko nabe is basically a hotpot dish - broth with proteins and veggies. I used my homemade bone broth and added whatever veggies I had in the fridge. I also added meatballs and tofu  as my proteins. 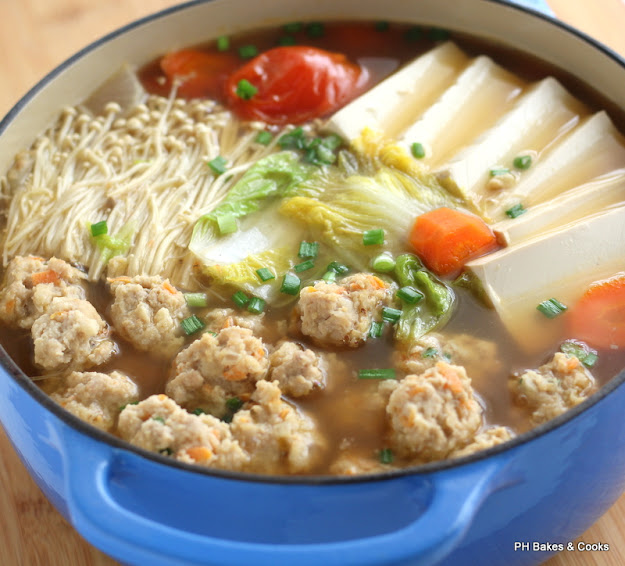 Come to think of it, this is not fattening food (if taken in normal portions). In fact it is very wholesome, nutritious and delicious. I believe if you eat this daily (you can make different versions by adding different seasonings and ingredients) and do some exercise, you can lose weight or maintain a healthy weight. 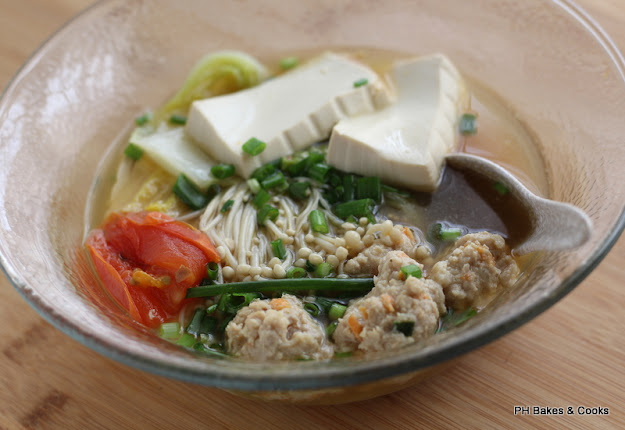 Many years ago when I first moved into my home and started cooking, I used to eat soups like this quite frequently (because of the easy preparation) and I lost weight without even trying.
That's what I should do right now. Eat like a sumo but not end up looking like one hah..hah... 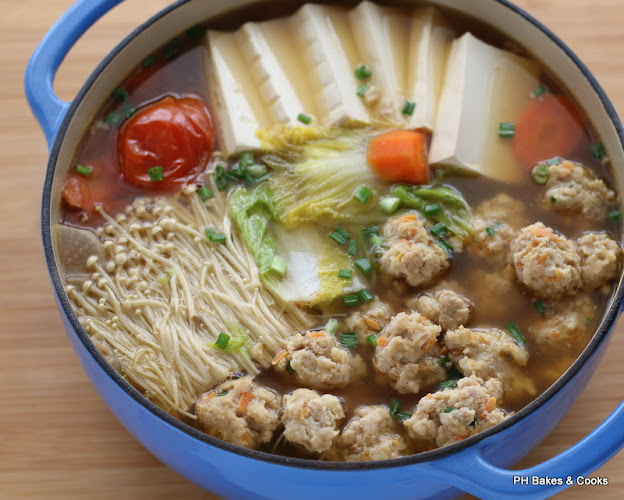