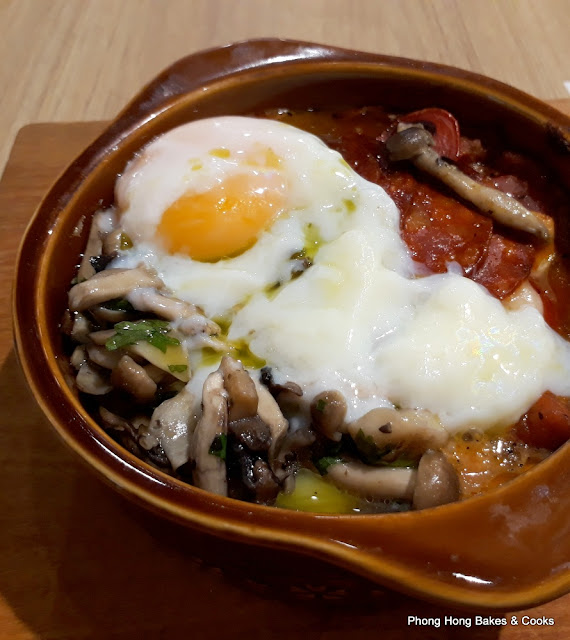 One weekend I went to the office without breakfast. That's because I still felt full from the previous evening's dinner. I thought I could last till lunch time.


But nope, not happening. By 9:30 am my stomach was  complaining. So I thought of trying the big breakfast at The Good Batch. When I got there, the place was under renovation. Bah!

So I had no choice but to walk to The Starling. Now, where to go for breakfast? 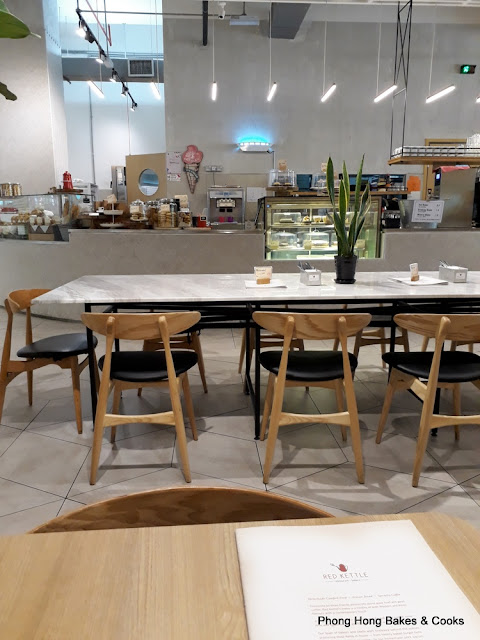 I decided to go back to Red Kettle as I had not been there for quite a while. Though I enjoy the food there, I did not like their policy of setting RM50.00 minimum for credit card payment (I found out later that they no longer do this).

I have already tried their Red Kettle Dutch Baby and their Really Big Breakfast so I decided to settle for something else. The Chorizo Baked Eggs (RM22.90) caught my eye, so I decided to go for that.

This how it looks like. It's quite a small serving but I did not mind as I felt that I should learn to eat small portions. 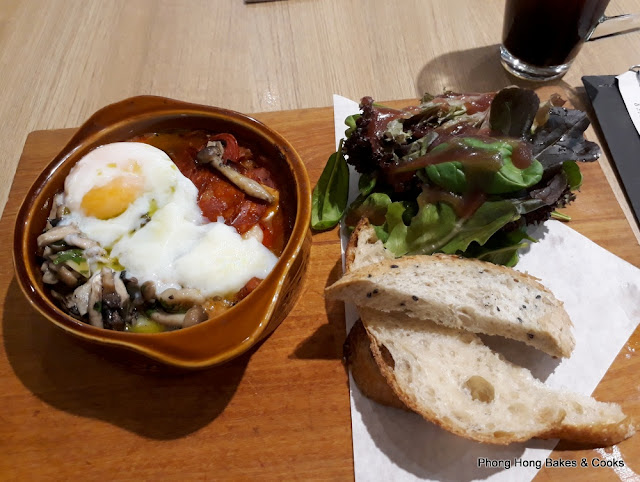 The baking dish that they used is exactly like the one I have seen at Daiso hee..hee...

I took a good look at the contents of the baking dish. 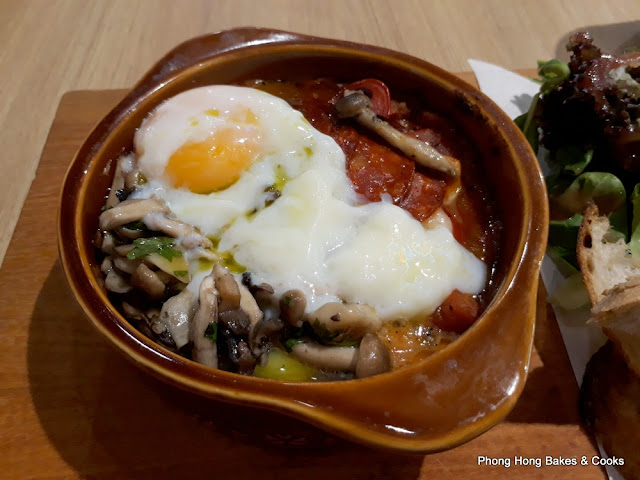 Now, where is the chorizo? I dug into the dish. 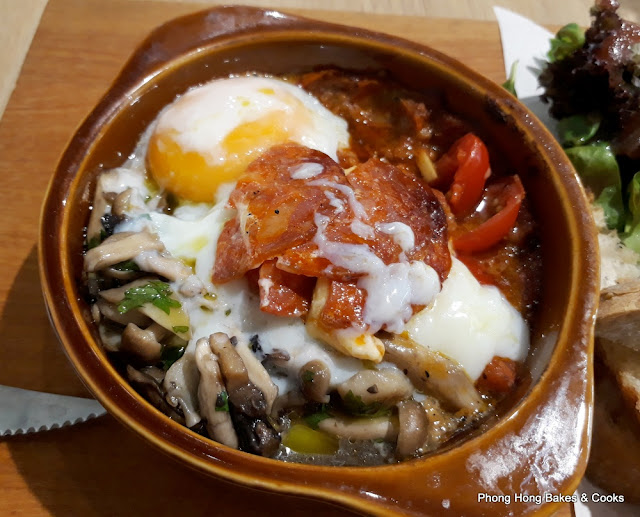 There were a few thin slices of chorizo, mushrooms and tomatoes in a tomato based sauce. The chorizo was tasty of course but there is so little of it. 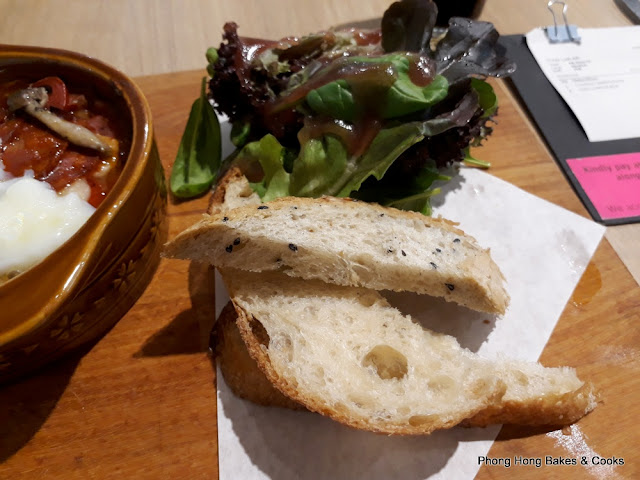 There were only three small slices of bread, not enough to mop up the sauces in the dish. 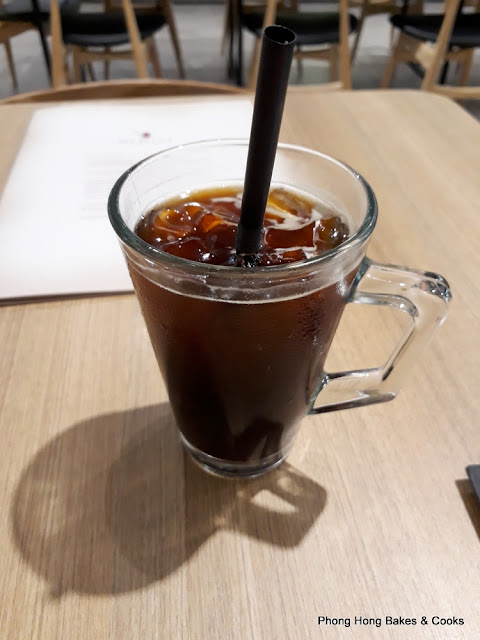 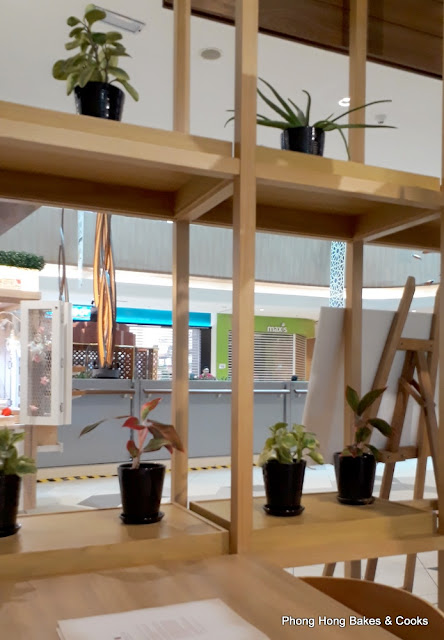 When I went to pay for my meal, I was pleasantly surprised that Red Kettle now accepts credit card for amounts below RM50.00. Good for you Red Kettle! That's the way to go.