Set Lunch : When Old is Better than New 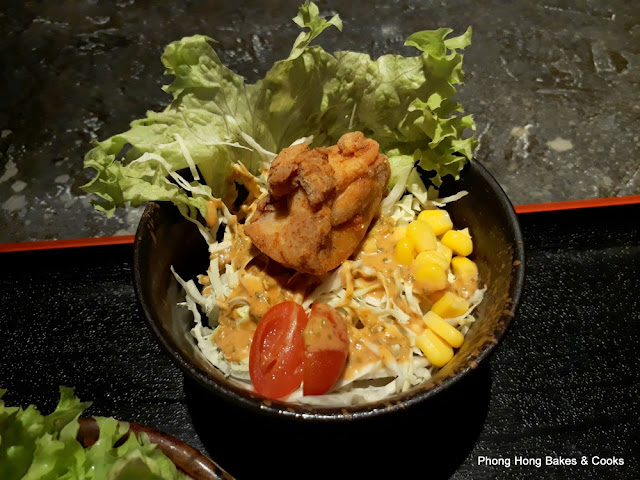 Update : Chihiro has closed down.

The other day I decided not to cook lunch and headed out to Chihiro@Damansara Uptown. I had my mind on the Shashimi & Salmon Teriyaki from their Chihiro Sashimi Set.


To my dismay, the menu has been revamped and this is how it looks like now. 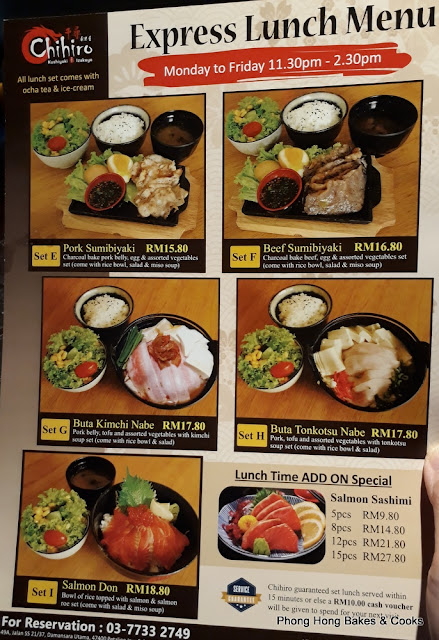 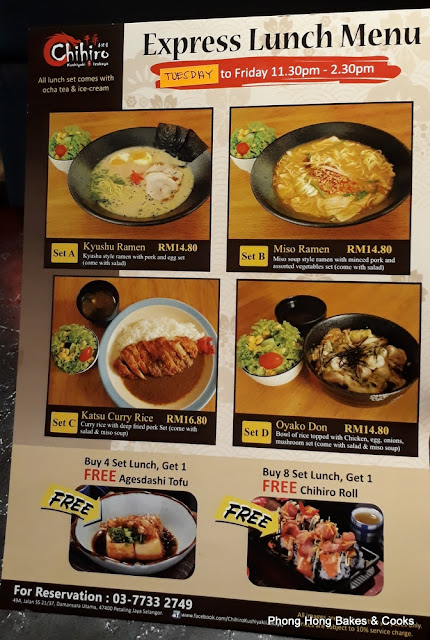 Unlike the more extensive sets here. I guess this is more manageable for the kitchen especially during peak lunch hour.

So I settled for this Pork Sumibiyaki. 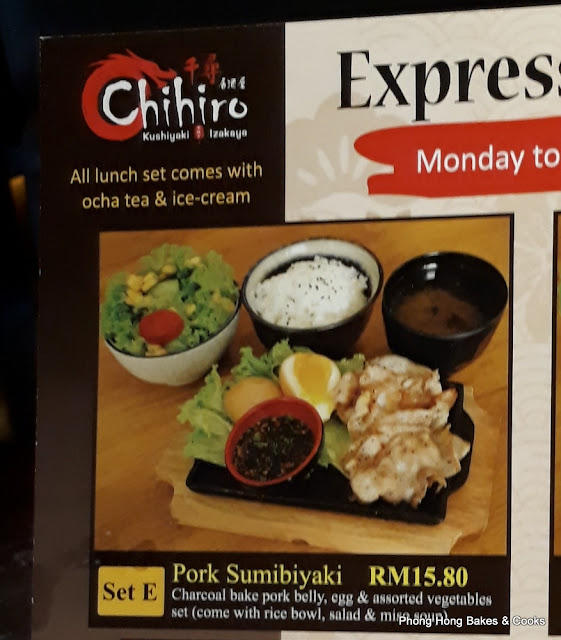 And since I was hankering for some sashimi, I topped up with 5 pieces of Salmon Sashimi (though I could easily down 8 or even 12). 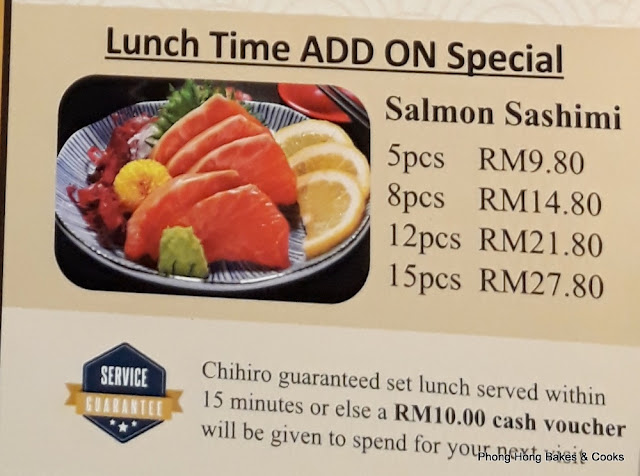 The drink is pretty standard, either hot or cold ocha. 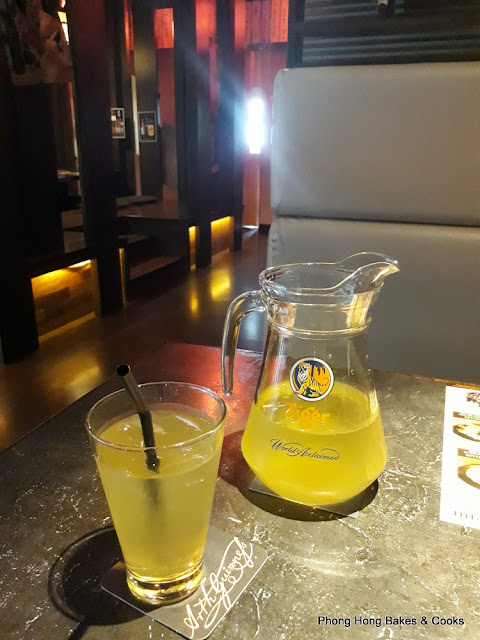 See, they even gave me the jug. 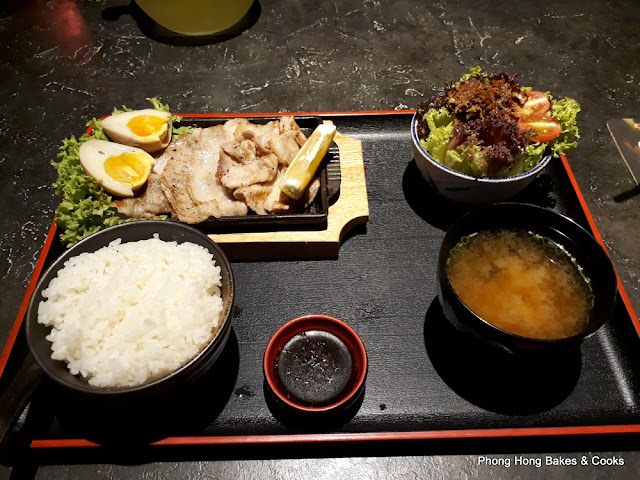 My very nice meal served on a tray. I like. 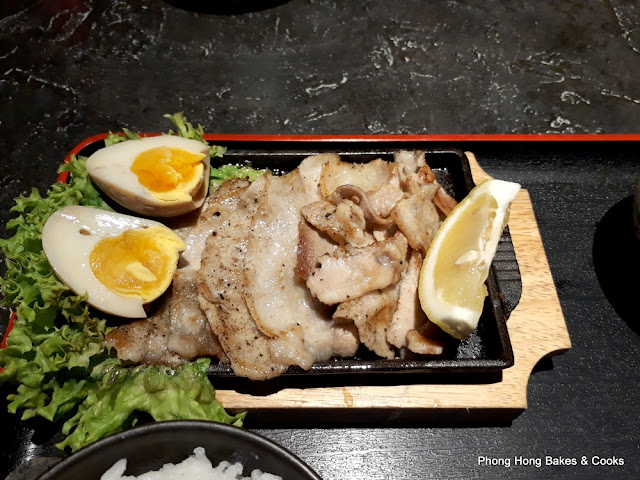 The grilled pork belly is served on this miniature hot plate and I got one whole egg. The yolks were not runny but still suitably soft. The pork belly was well seasoned and more than decent tasting. 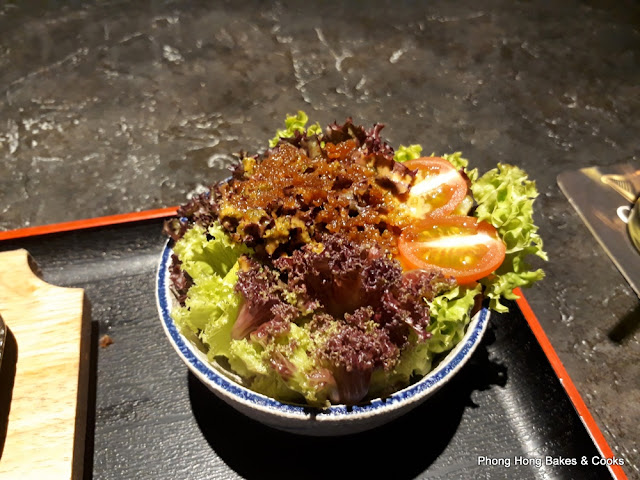 The salad was not generously dressed. It was a very nice aromatic gingery and sweetish dressing. A pity that there was so little of it. You can't toss the salad as it is tightly packed into the bowl. The greens were very fresh and crisp. 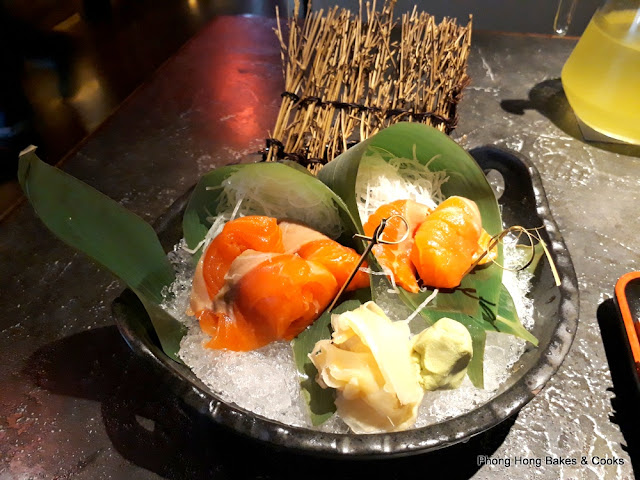 I was certainly not expecting the sashimi to be served so elegantly on a bed of ice. I expected a simple plating on a saucer just like what I saw on the menu, not that I am complaining. For the first time, I got something that looks better than what was illustrated.

At first glance, I thought there might be more than 5 pieces of salmon. It looked loaded, no? 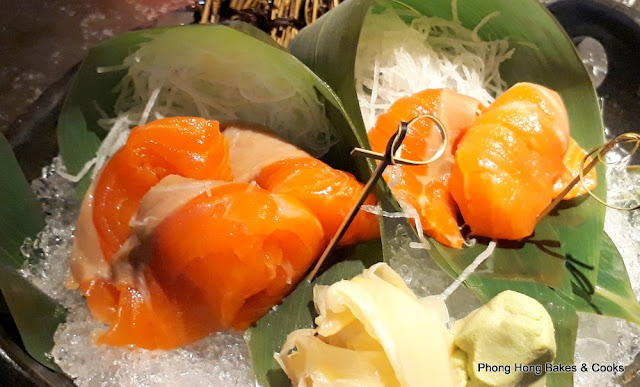 Upon closer inspection, I noted the fish was thickly sliced, clearly lacking in finesse. Perhaps executed by an inexperienced staff.

But that's not an issue with me because the sashimi was very fresh and the portion was very generous. I think I may have got more than my money's worth. Thanks junior chef! 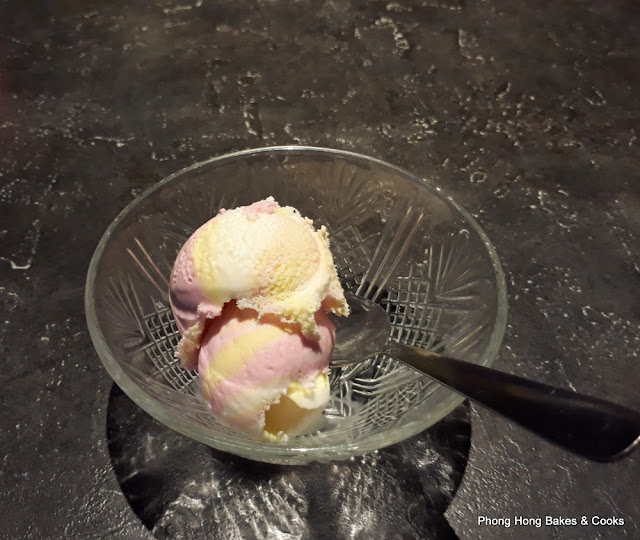 Ice cream was served at the end of my meal. 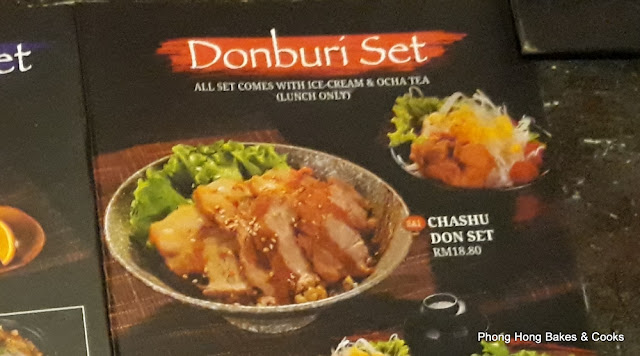 Let me share my previous meal from the discontinued menu which I did not have time to post earlier. 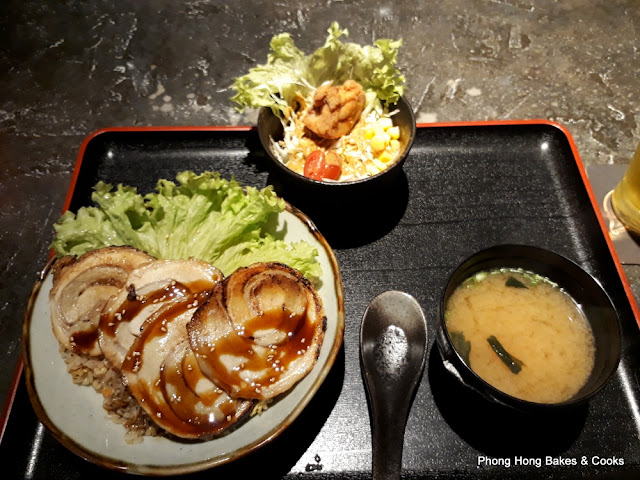 I liked this a lot. 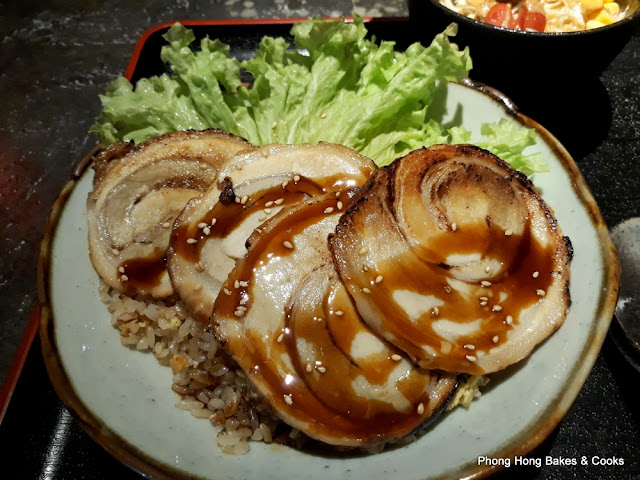 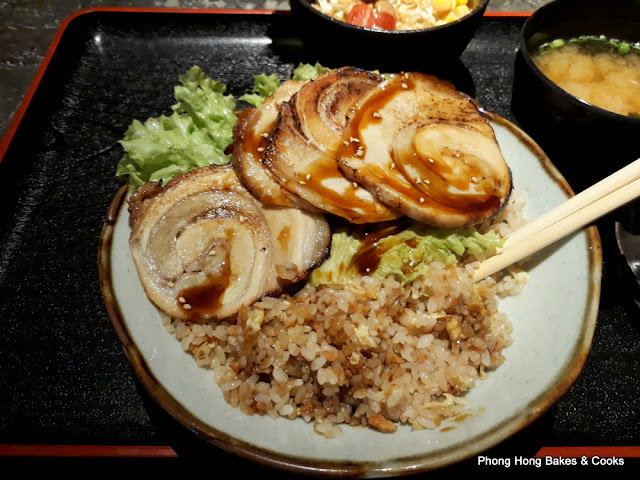 With garlic fried rice underneath. 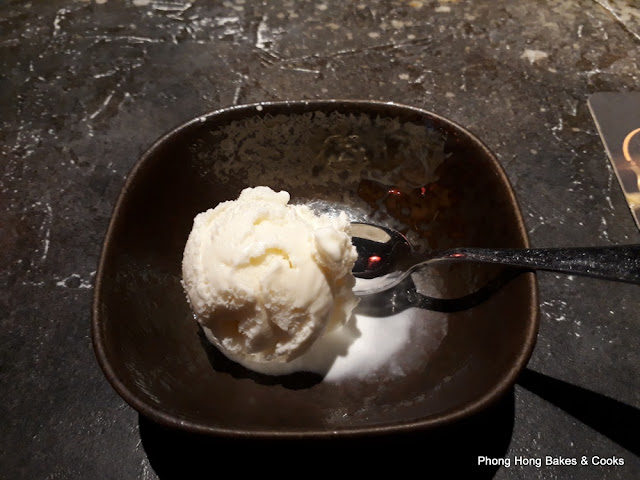 And vanilla ice cream at the end. I'll have to say that I wished the old menu had been retained but still, I'll drop by every now and then as I am happy with what I had. Plus they didn't ask me for cash.
Posted by PH at 08:03