No Udon For Me 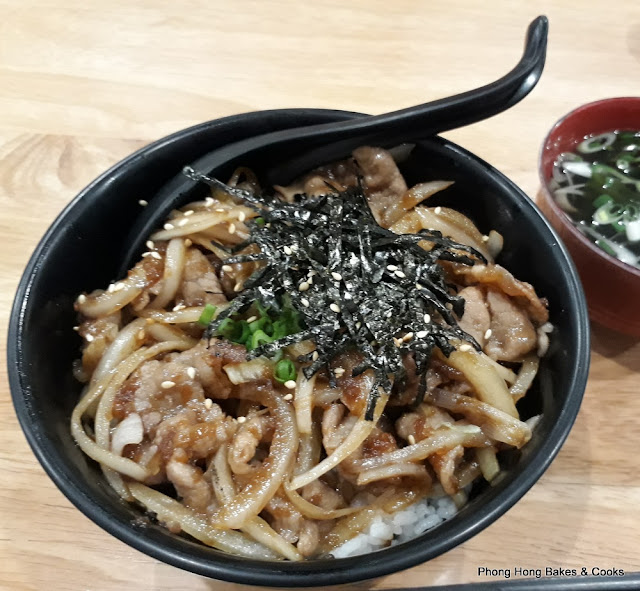 The last time I visited Udon Kobo Min Min was back in 2016 and I never returned. Not that the food wasn't good, just that the taste was not to my liking.


But after reading Mun's post, I had to return since the menu appeared to have been revamped. So that was my date nite venue on a rainy Friday. 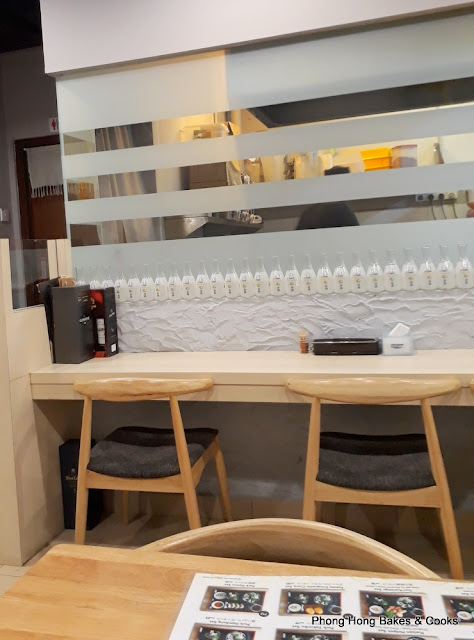 The place had undergone a facelift and has a brighter and more spacious feel to it, though the space is still small. After studying the menu, I chose the Yakiniku Don (regular) while my partner chose the Tonkatsu Set (chicken). 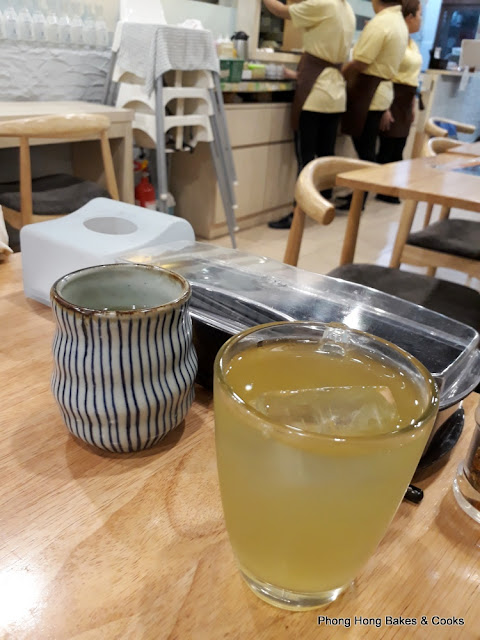 For drinks, the usual. Green tea, hot for him and cold for me. 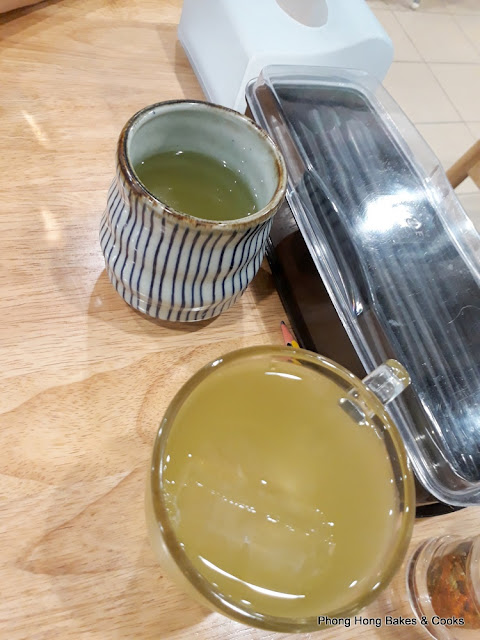 My partner complained that his cup was not filled to the brim. 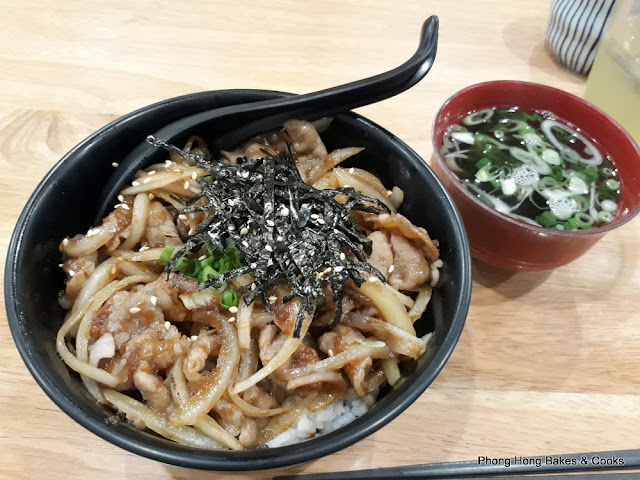 My Yakiniku Don arrived first. I thought it was pretty good. The soup that came with it is the same broth used to serve the udon. It has a strong flavor of seaweed. 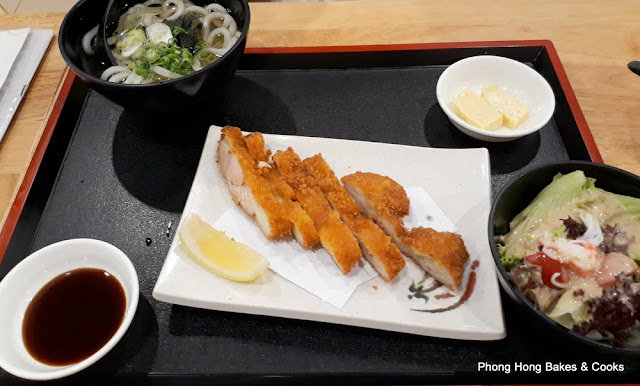 My partner's Tonkatsu Set took a while to be served. It looks all right. A small bowl of udon, deep fried chicken, a bowl of salad, two pieces of tamago and some sauce. 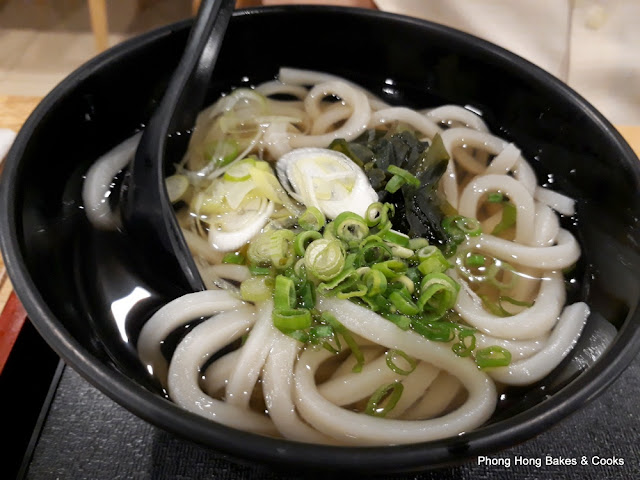 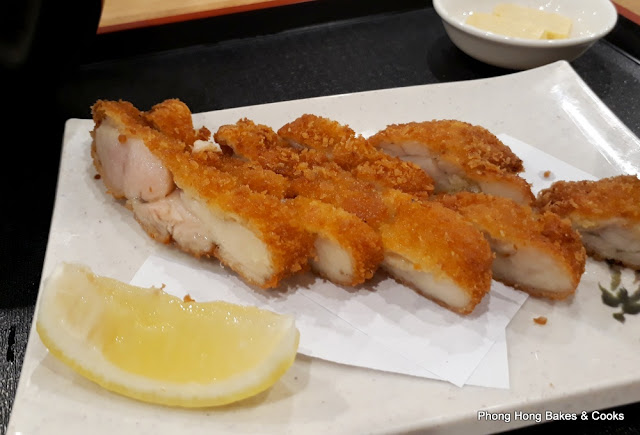 I did not try the chicken but I had one piece of the tamago. Too sweet, I did not like it. 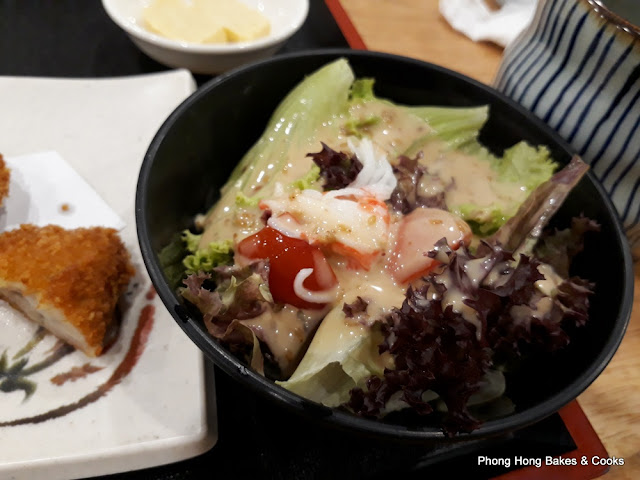 I tried a bit of the salad and I liked the sesame dressing. 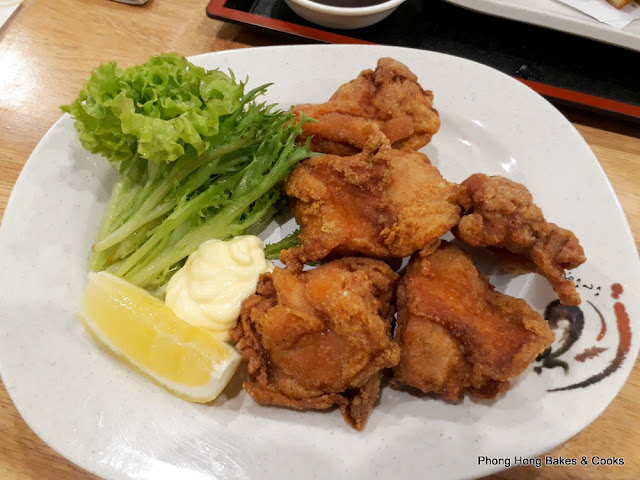 We also ordered the Chicken Karaage to share. This got the thumbs up from my partner. I liked it too.

It looks like there will be revisits in the future.