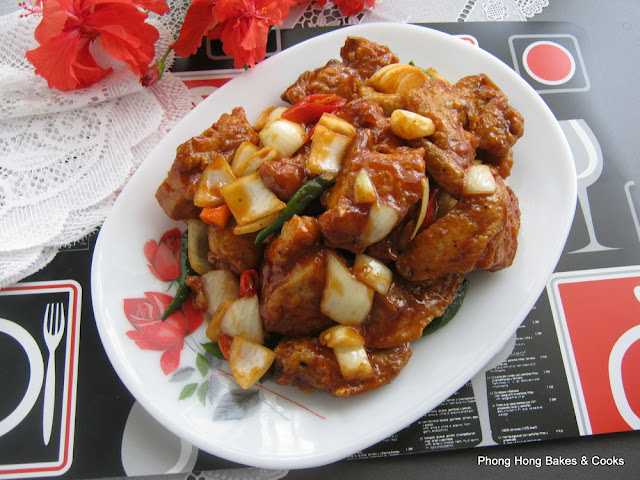 I opened the freezer the other day and realized that I have three containers of my homemade BBQ sauce. Not only were these taking up space, they were also depriving me of containers.


Then I remembered my ex-primary school classmate, K. Nor of Secubit Garam, posted a recipe using BBQ sauce. K. Nor's blog is a rich source of reference but my friend has since retired from blogging. I miss her pot pet (banter) but I can always visit her on FB. 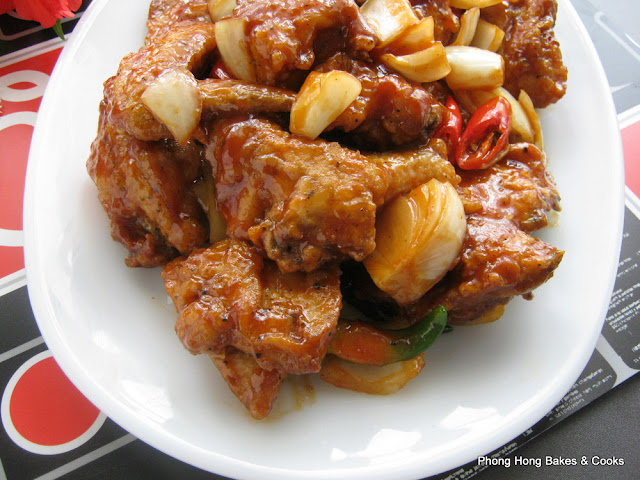 There is a recipe for a special BBQ sauce in K. Nor's post (which she adapted from another blog) but since I already have my own, I will keep that BBQ sauce recipe for another time.

Then you fry the marinated chicken. I did not deep fry the chicken, instead I shallow fried it.

I actually dreaded the thought of frying the chicken but hey, this time it seemed like a breeze. Maybe I was in a good mood. The chicken was very crispy. This marinade is pretty good.

Then the next step is to saute some garlic, onions and then throw in the chicken and pour in the BBQ sauce. Then toss the whole lot to coat. 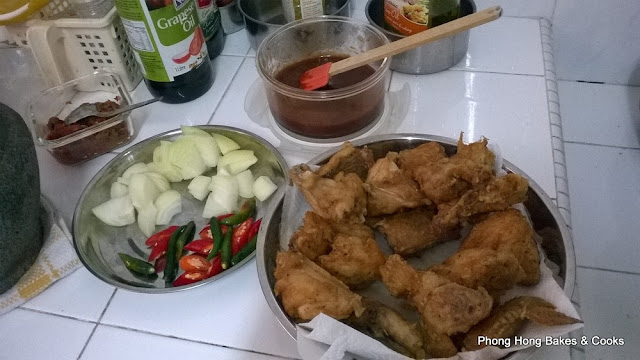 The result? Spectacular. If your BBQ sauce is good, you are sure to score on this dish. 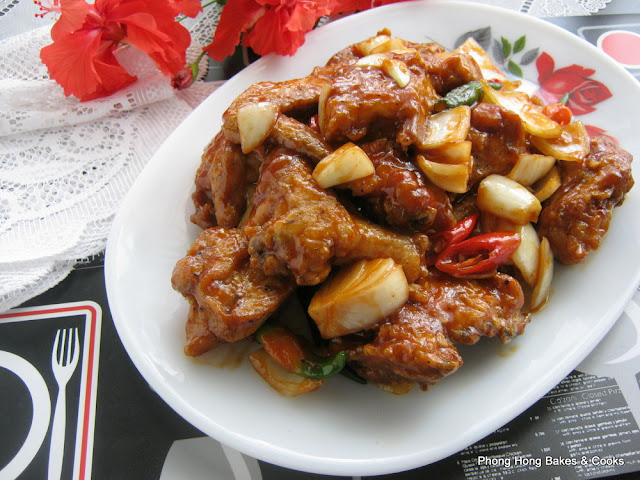 I could not stop eating the chicken and had to stop myself before I devoured half of the platter hee..hee..

Method :
1. Marinated chicken with light soya sauce, Maggi seasoning, black pepper, egg and cornflour. Set aside for about 30 minutes.
2. Heat oil in wok and fry chicken in batches until golden brown and cooked through.
3. Drain on paper towels and set aside.
4. Once all the chicken are fried, heat oil in another pan and saute garlic until lightly browned.
5. Add Bombay onions,  chilies and saute briefly.
6. Add fried chicken to the pan and pour in BBQ Sauce.
7. Toss the chicken to evenly coat the chicken in BBQ sauce.
8. Serve immediately. 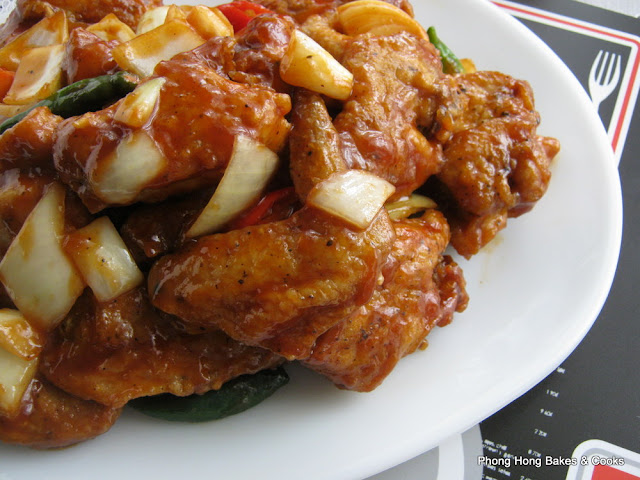