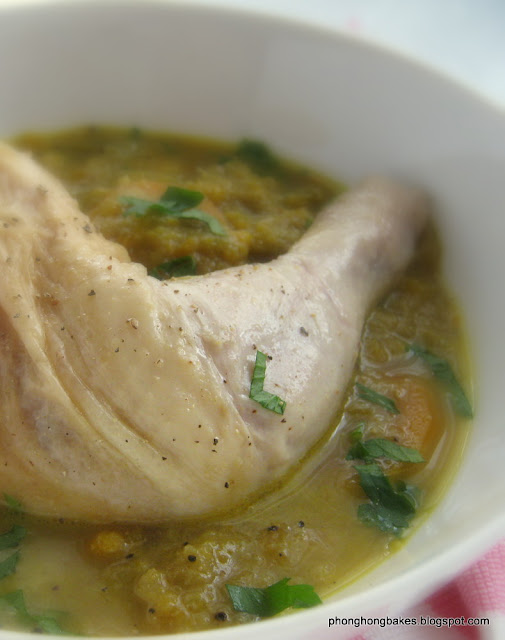 My first post for 2016 and it has to be a blah looking chicken leg. LOL! I have tried this Slow Cooker Chicken three times already and this version I like very much. The flavors suit me and I like the fact that it is so easy to cook.


I have adapted this recipe from Nom Nom Paleo and I left out tomato paste because it tasted yucky to me. I simply do not like the taste and smell of tomato paste.

Besides tomato paste, the original recipe uses ghee, leeks, garlic, chicken stock, poultry seasoning and fish sauce. And of course chicken hah..hah... This time, I just went freestyle and just chucked whatever I had into the slow cooker.

I started off by sauteing some chopped garlic, carrots, leeks and celery. I only seasoned the vegetables with pepper because I was going to add soya sauce and oyster sauce to the chicken. 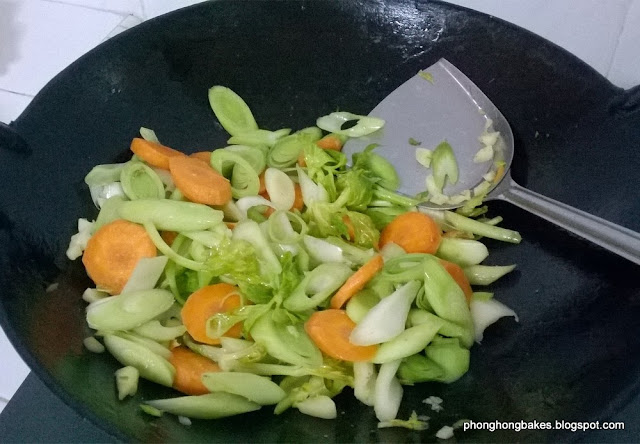 Then I put all the vegetables into the slow cooker. 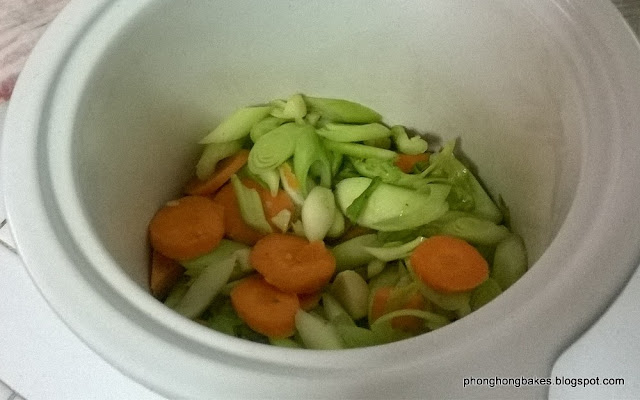 The chicken is then placed on top of the vegetables and I poured a mixture of soya sauce and oyster sauce over the chicken. 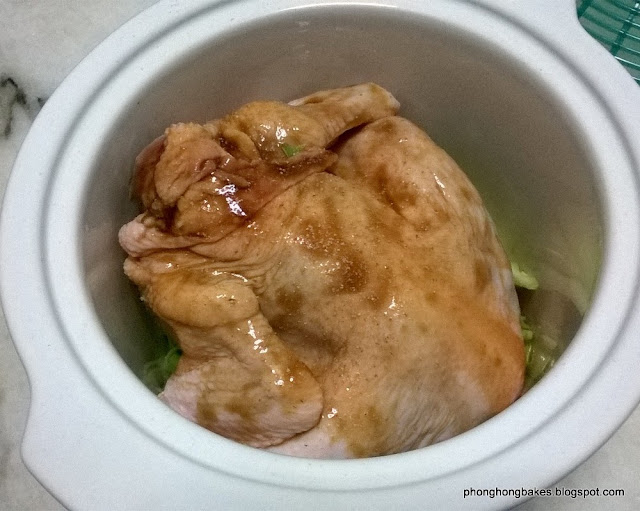 The I let the whole lot cook for 5 hours on auto. 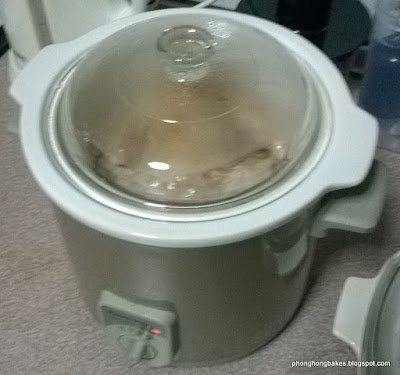 After 4.5 hours I noted that the chicken was cooked through and I removed it. I let the vegetables cook for another 1 hour because they were still not soft enough. There was quite a bit of liquids in the pot which came from the vegetables and chicken.

I used an immersion blender to blend the vegetables but I left them chunky. Upon tasting, it was perfect. It was salty enough and full of flavors. It just needed more pepper. 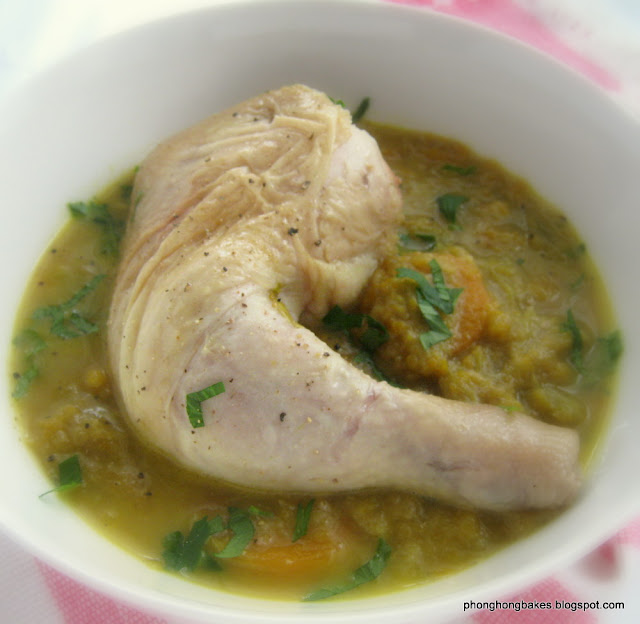 I know it doesn't look very tasty but trust me, the gravy was delicious! I did not need to add any chicken stock because all the natural flavors from the chicken and vegetables was enough to make this dish very tasty.

I'll definitely cook this again when I want a hassle free meal. I can use different vegetables to for a different taste. Do try this if you have a slow cooker. Go forth and experiment! 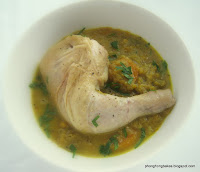 Method :
1. Heat oil in wok and saute garlic until fragrant.
2. Add leeks, celery and carrots and saute until vegetables are wilted.
3. Transfer to slow cooker.
4. Place chicken on top of the vegetables.
5. Mix the light soya sauce and oyster sauce together and pour over the chicken.
6. Place the lid and switch on the cooker on low (mine I used the auto function) and cook for 4 to 5 hours (or until the chicken is fully cooked).
7. Remove the chicken and set aside.
8. Using an immersion blender, blend the vegetables to produce a think creamy gravy.
9. Serve the chicken with the gravy. 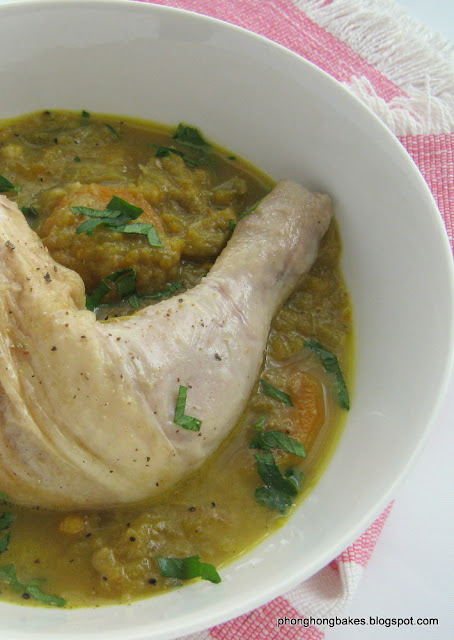