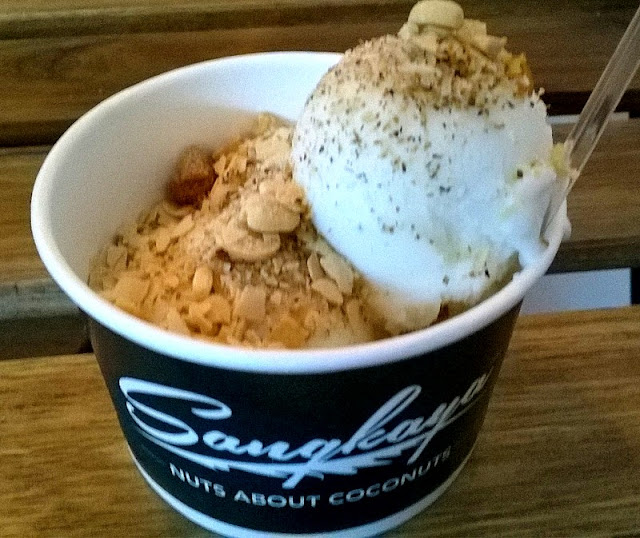 My boss sent me out on an errand. Hang on a second. Let me rephrase. I'm the boss and I sent myself out on an errand. No big deal, just a short but hot walk to Telekom to pay the office phone bill. My head was pounding. I was having a major headache. From stress at work. So a short walk out of the office was a welcome relief.


Then some guy called out to me. Oh, pizza. Domino's Pizza was having some kind of road show or something. 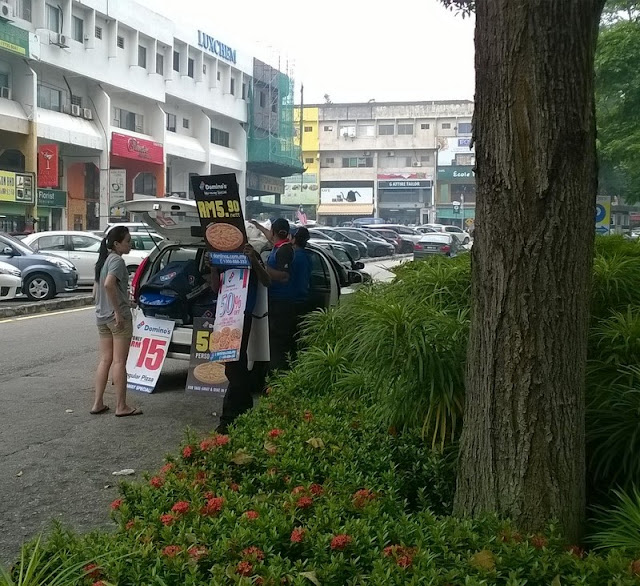 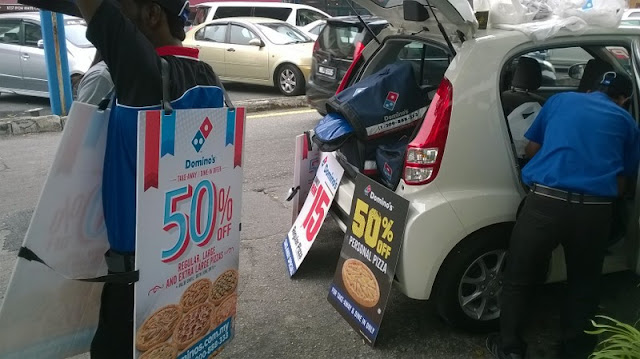 There were more temptations to come. All along the row of shophouses leading to Telekom, there are a number of eateries. There's Japanese, there's Western and there's a soft serve ice cream parlor. Ice cream! But I walked straight up to Telekom and made my payment.

On my way out, I detoured. To the soft serve ice cream place. Just to check the menu, OK? It was quite interesting, they have churros and banana fritters and some other stuff served with ice cream. I will have to come back another day.

I was feeling blah. I didn't feel like going back to the office. So I lingered and took another detour. Yeah, I was going to check out Sangkaya, which is somewhere behind Telekom. I detoured because the Sangkaya ice cream that Realgunners had was playing on my mind.

When I got there, I briefly checked the menu and I decided to go for the three scoops instead of four. I was on diet, remember? I know RG is going tsk! I'm just kidding. I didn't want to spend more than RM10.00. So I got this. 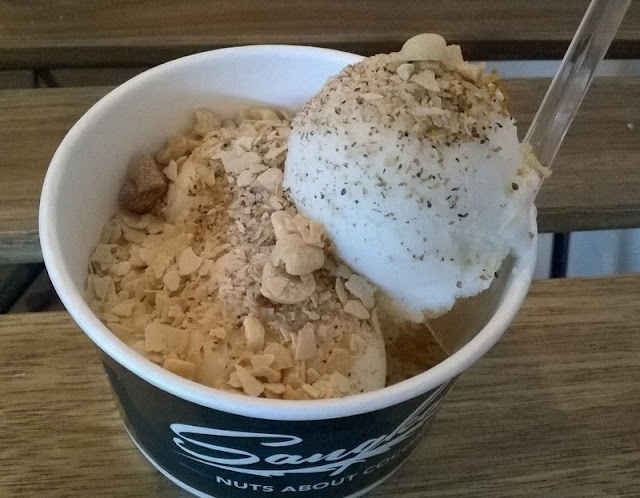 I had 3 sprinkles - crushed peanuts, Nestum and desiccated coconut. The 2 scoops were buried underneath the toppings and they were very small scoops and the cup was also very small. 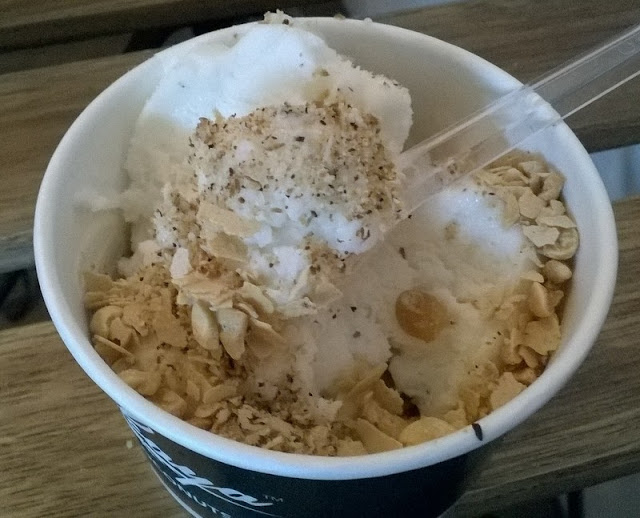 The ice cream was alright. Very refreshing and I found the coconut taste rather mild. What I appreciate is that the ice cream was just mildly sweet. This is the sweetness level that suits me.

But honestly, it did not get me all excited and swearing that I will come back. But of course I will come back. I have to get the 4 scoops because that one has coconut flesh in it and that would be great. My brother mentioned to me the day before that he was interested (apparently he read RG's post. See, you are very effective) to try. Yup, I'll come back with my brother. 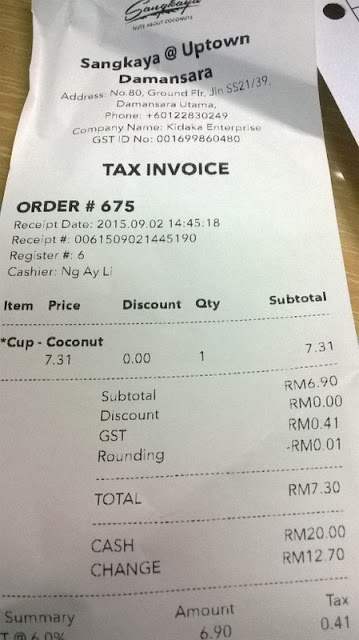 And you know what? My headache was gone. Let ice cream be your medicine!