A Japanese Treat at Hokano (Closed) 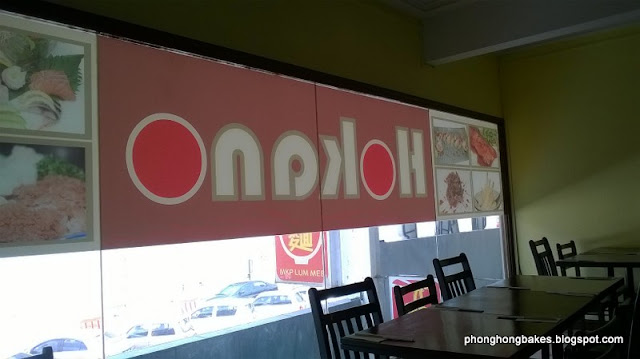 Last Saturday, my brother and I took my auntie for a Japanese lunch. We did not go too far, choosing to dine at Hokano, my regular place for Japanese fare.


It was my auntie's first visit to Hokano and I was quite sure that she would enjoy what the restaurant had to offer. There are many choices on the menu and these were our selection for the day.

My brother could not resist the Sashimi Bento (RM38.16). This bento consists of rice (with a topping of flaked salmon), tempura, sashimi, leafy green salad, potato salad and two pieces of chicken Karaage. It also comes with an appetizer of pickled cucumber (this changes from day to day), miso soup and chawan mushi. 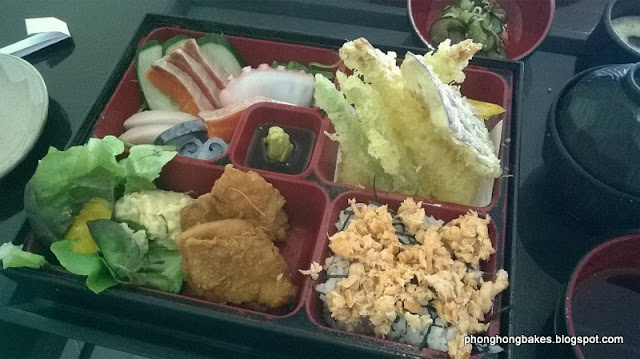 My auntie and I opted not to have any of the bento or set lunches. Instead we chose to have an assortment of handrolls. First up was the Crunchy Spicy Tuna Roll (RM10.49). 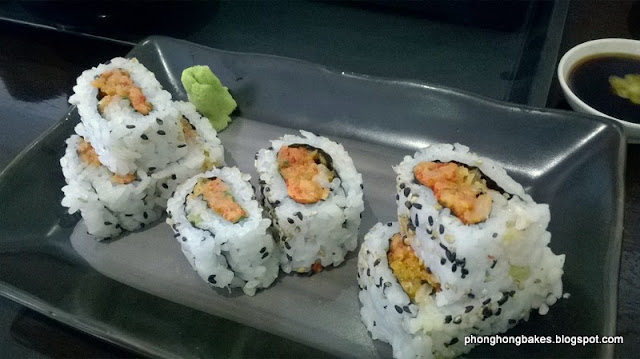 The tuna filling was spicy and quite tasty. I don't know what is in the tuna mix but it had a hint of fresh turmeric. But crunchy? No, it was not crunchy but that was alright because we had two other items which more than made up for the lack of crunch. 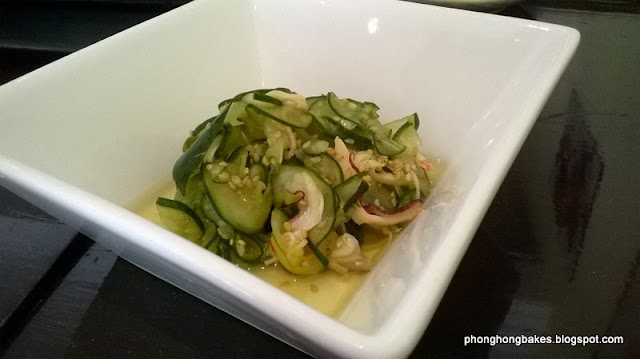 We were pleasantly surprised when we were served this complementary appetizer (same as what was served with my brother's bento) which I like very much. 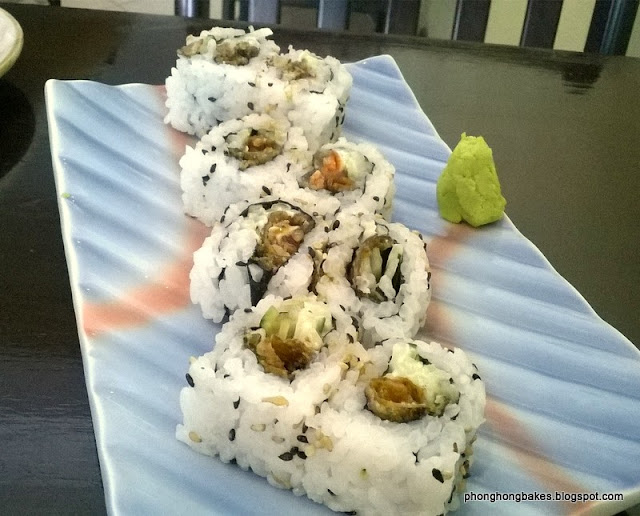 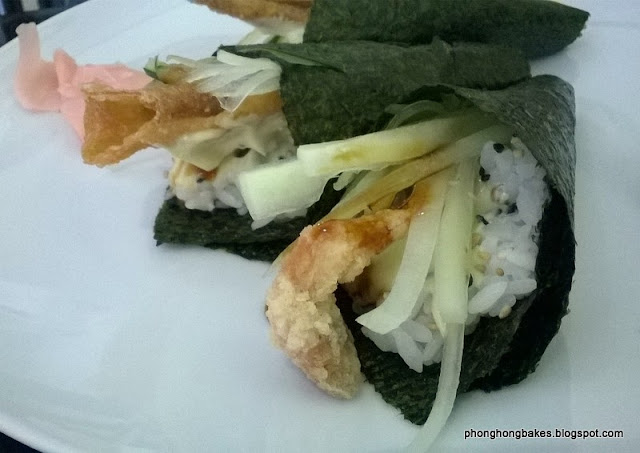 The seaweed was fresh and crisp and the salmon skin crunchy. It was a far cry from the one we had at Iku Yama. No wonder my brother loves this handroll so much. 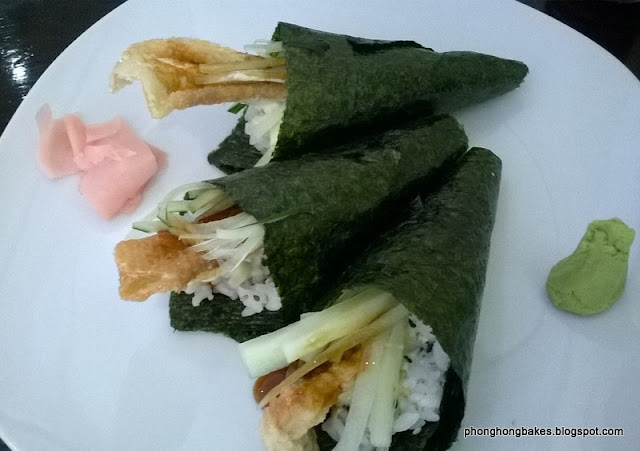 Next up was the Hokano Roll (RM38.16), one of my favorites and the house special See how pretty it is.

I have had this a few times and I felt that it warranted a revisit. It did not disappoint.

I also love the Alaska Roll (RM22.26) which is equally pleasing visually. So bright and vibrant, you just have to pick up a piece and eat.

I was clearly enjoying my meal and my brother was fully focused on his bento hah..hah... 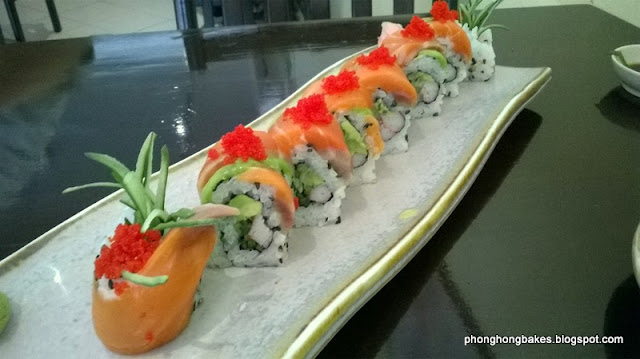 My auntie was also enjoying herself, taking snapshots of the food. We had to take turns snapping our pics because at one point, we were photobombing each other hah..hah... 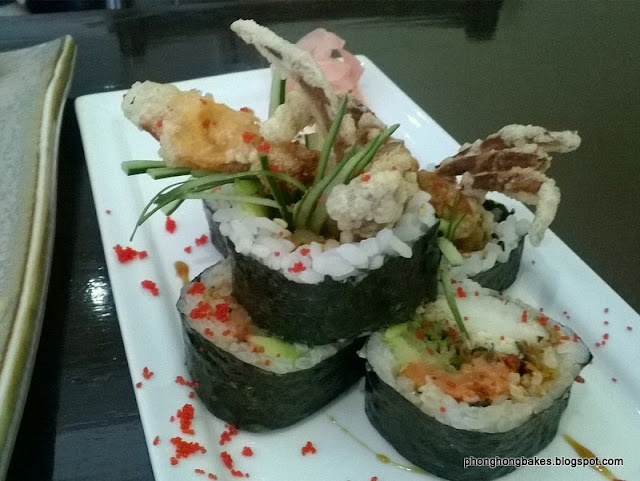 The final item to come to the table was the Spider Roll (RM22.26). It was not deep fried spider of course hah..hah..but soft shell crab. This one got the thumbs up too. 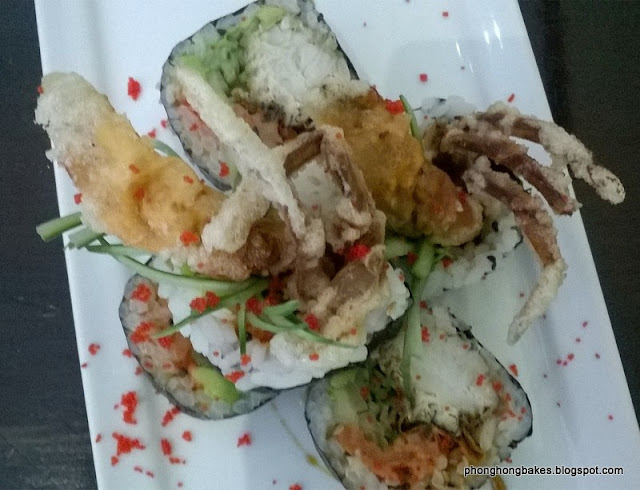 Our table (meant for four) was too cramped to accommodate all our dishes. And in the process of shifting the dishes for better photo angles, I knocked over my brother's soya sauce and it dripped under the table. Next time we must seat at the table set for 6 hah..hah.. 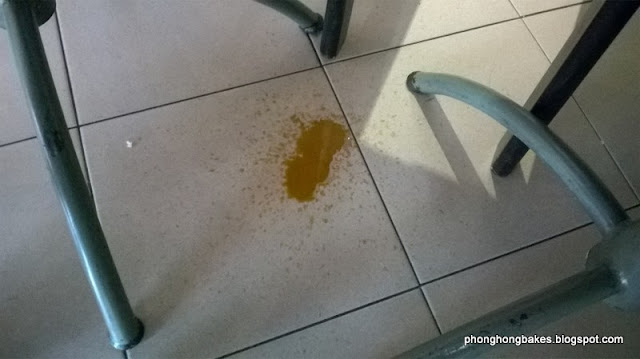 Don't worry, I informed the lady boss about my little accident and apologized. All was good as she was very gracious about it.

My brother picked up the tab and the lunch came to RM166.30. 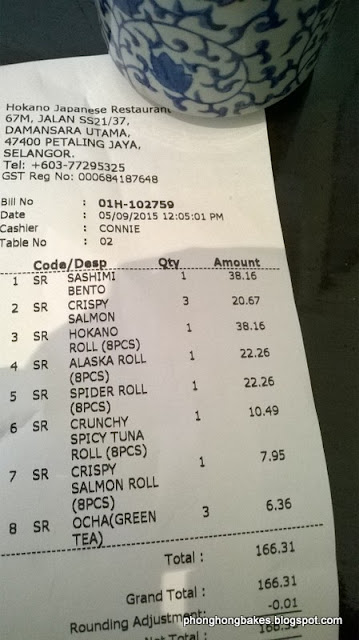 Hokano is where I always turn to for decent Japanese fare at fairly reasonable prices. Sure it is not cheap, I mean you can't expect to pay peanuts for good Japanese food.

Though Hokano may not be a top notch Japanese eatery, I would say that it is above average and offers good value for money.

After that, we adjourned to another place for desserts. I'll tell you about that in another post :)
Posted by PH at 08:39