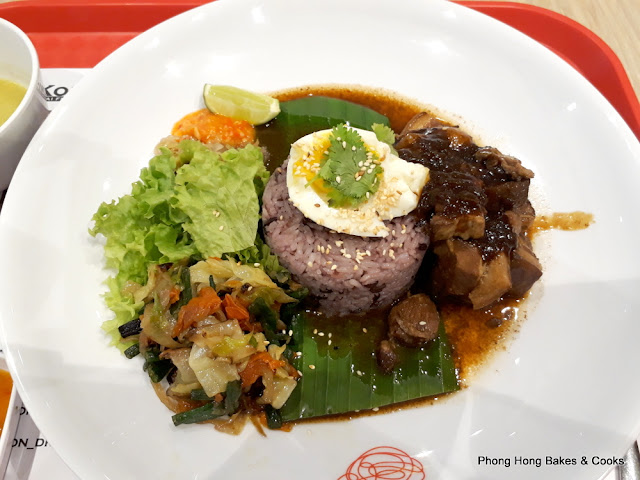 The food court, A Foodie's Nest@The Starling, opened sometime towards the end of last year. At the time, it was very quiet and not many stalls were occupied.


One day, I decided to check the place out and spotted a stall called KOM's by Kompassion. I have been wanting to visit Kompassion (the one at Damansara Kim) but alas it is so near and yet so far. 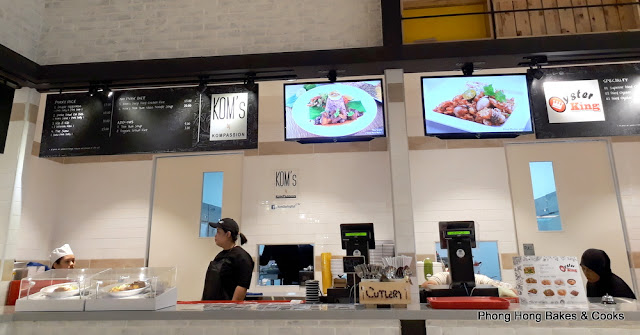 Parking is a problem and at one time we were turned away (me and my partner) just because the tables were set for bigger groups (even though we were early and there were hardly any customers at the time). My partner was very put off by that incident and vowed never to return. 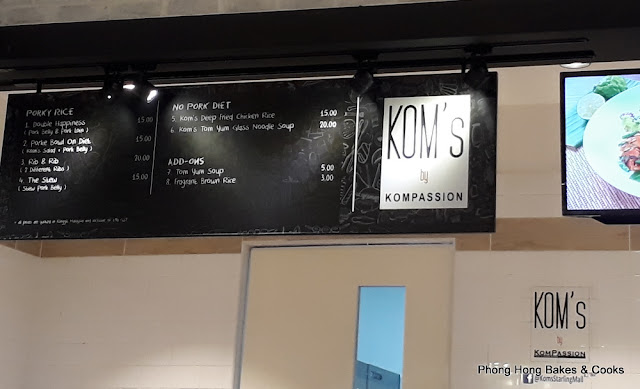 So I thought this might be the closest that I get to Kompassion (for now). As to be expected, the menu is short and sweet. At the counter you will see mock ups of two dishes - the Rib & Rib and The Stew, both I tried, on different days of course. 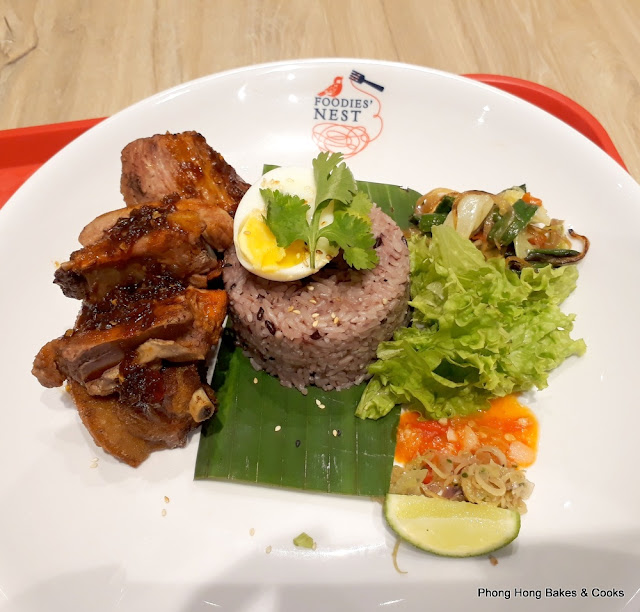 The Rib & Rib features two cuts of ribs. At RM20.00 I thought this was a good deal because the ribs were very meaty. The rice is cooked in santan and you also get half a soft-centered egg with some salad and condiments. 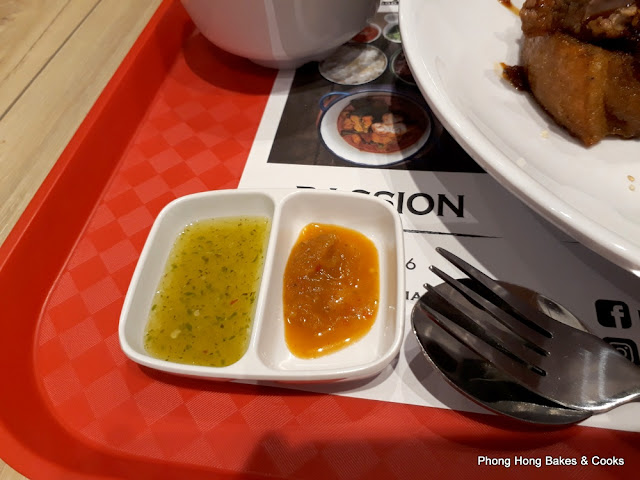 You also get a bowl of green curry gravy. 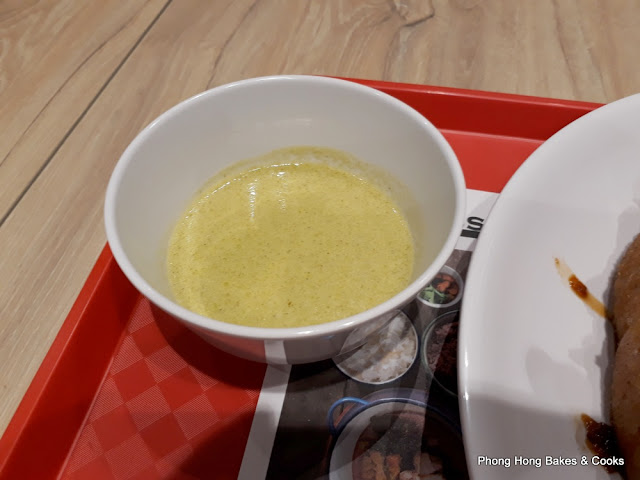 I feel that this gravy (though very tasty) is not suitable as it clashes with the dish. A clear tom yum soup would be more appropriate. At least you can drink it on its own but not this one. 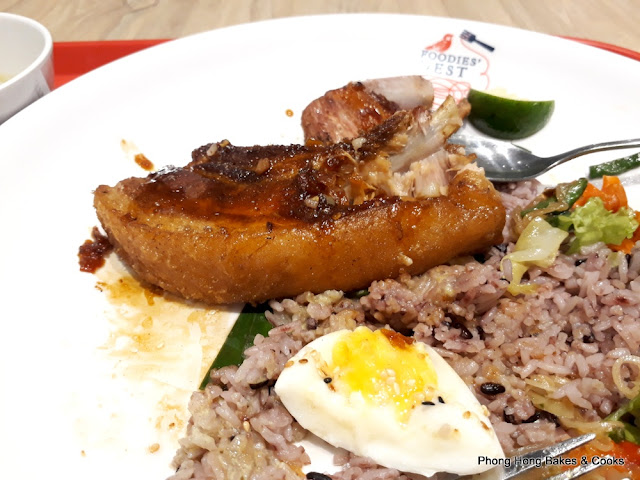 The long rib is meaty and fatty with a nice lightly crisped skin. Quite tasty this one but if you are a small eater, it is best to share as madam big-tangki found this too much even for her. 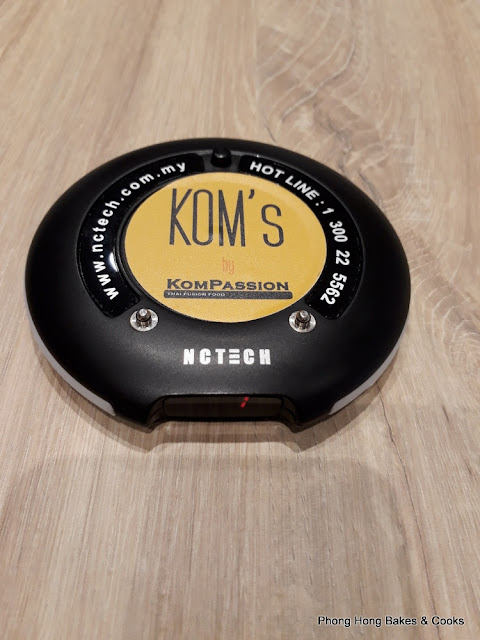 After you place your order and pay, you are given this UFO-thingy which is some sort of pager. It will buzz when your food is ready. 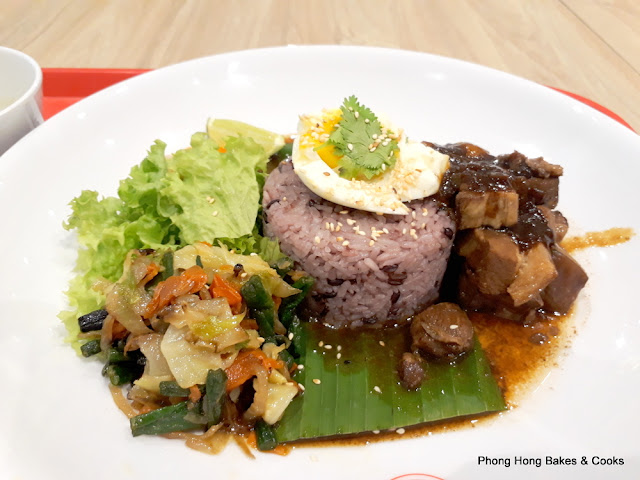 On another day, I had The Stew (RM15.00) which is rice and braised pork belly. The set-up is similar to the first meal I had. Taste wise it was just all right, nothing to get excited about. 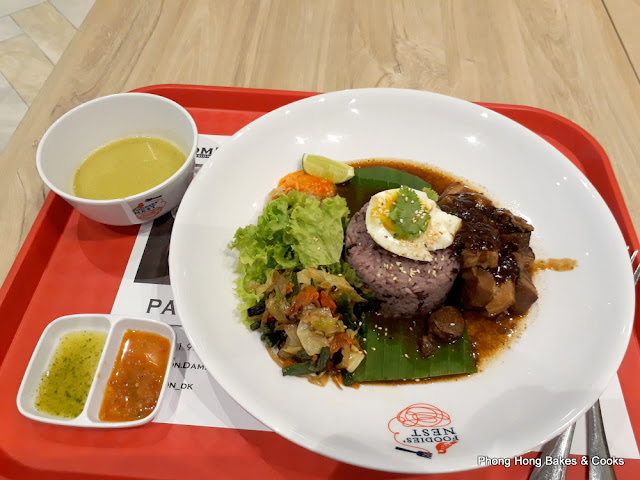 You will notice that I did not have any drinks because I find it a hassle to go to the beverage outlet to get some. If you come with a friend, one of you can take care of the food while the other fetches the drinks. 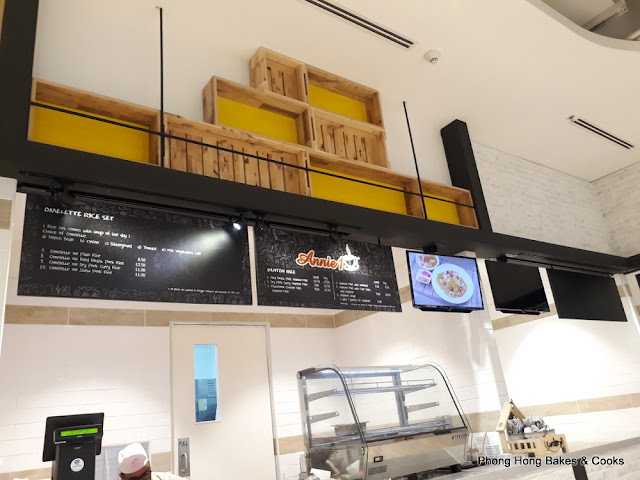 Annie-1 also has a stall up here but I would prefer to go the the flagship Annie-1 shop for my Annie-1 fix.

I guess that's it for me at KOM's and it is about time that I get my ass into Kompassion for a proper meal.
Posted by PH at 04:27