Truly Wine But We Don't Drink 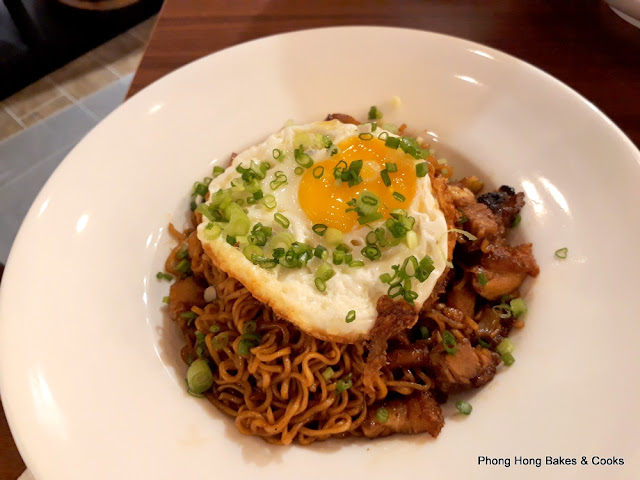 A new restaurant opened last year at The Starling. It's called Truly Wine and I suppose this is a place for wine drinkers to come for a tipple and a bite to eat.


I walked past when they first opened and was informed that food would only be served the following week. Glancing at the menu, I thought it looked quite promising. 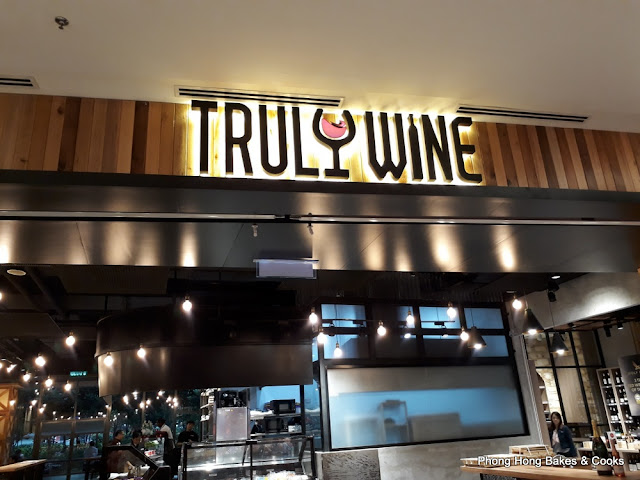 Being a non-drinker, the bottles of wine did not attract me but the menu, resplendent with porcine delights persuaded me and my brother to step inside (we were actually headed to Bonfire). 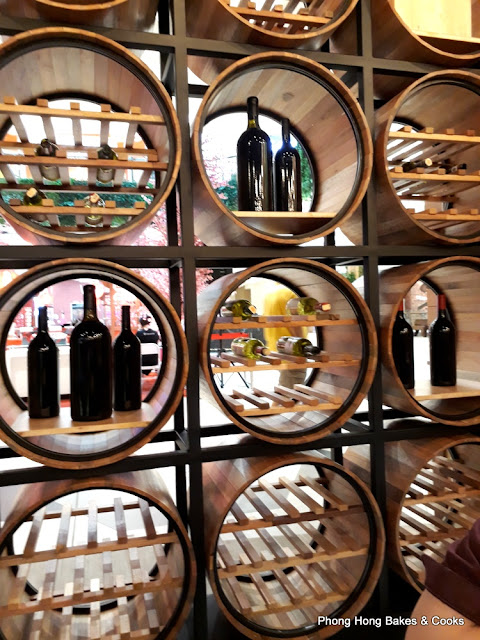 We were early as usual and the place was still quiet, just the way we like it. 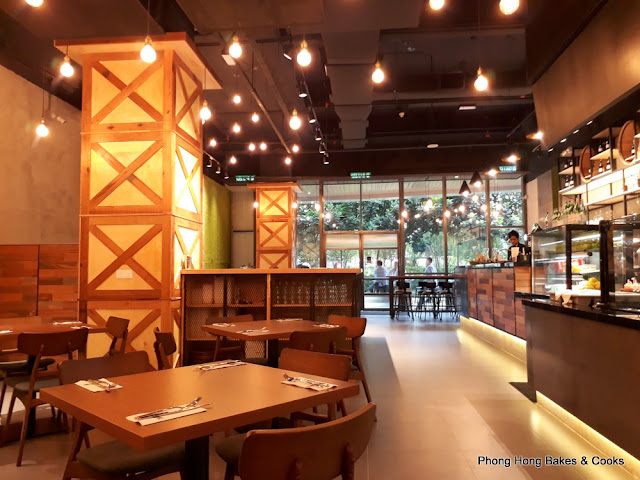 The menu is not extensive and yet it took us a while to decide what we wanted. Since this was our first visit, we had no idea how big the portions were but I assured my brother that I had my trusty container with me. So if we over ordered, I could pack the leftovers home. 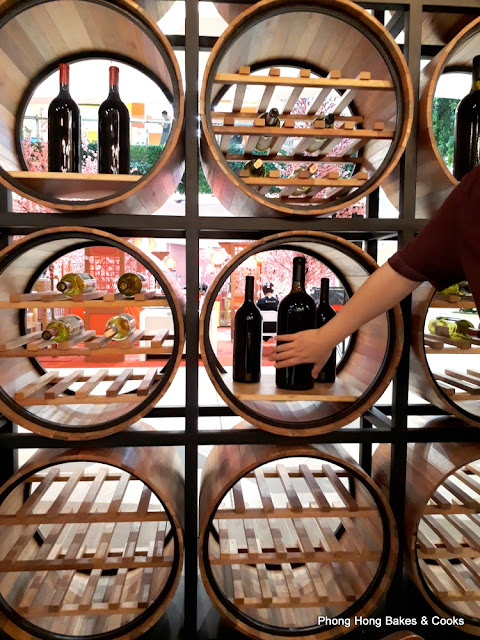 While waiting for our food, I snapped some pics and my bro volunteered to pose his hand to show you how big that bottle of wine is.

With the benefit of hindsight, my hand would have provided a better contrast (my hand is much smaller) since my bro is a six footer and that bottle is about right for his size hee..hee... 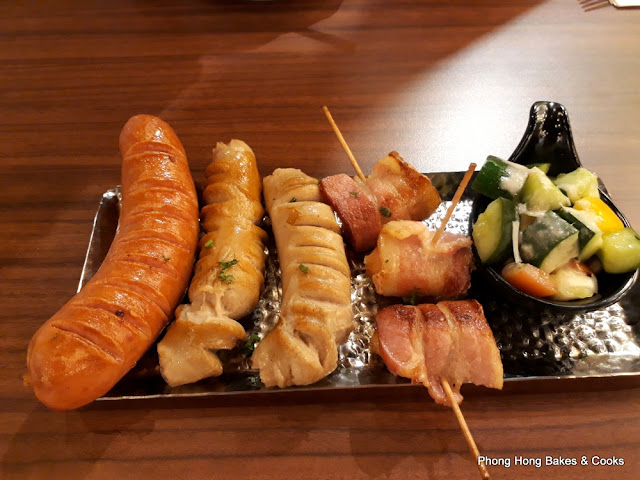 The Sausage Platter was served first. There were three sausages and three bacon wrapped mini sausages. 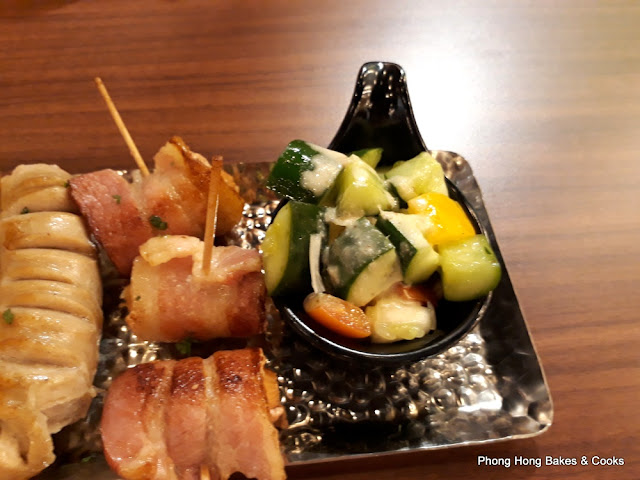 The sausages were served with a small salad which I reckon was made in advance because there was a pool of liquids in the serving spoon. 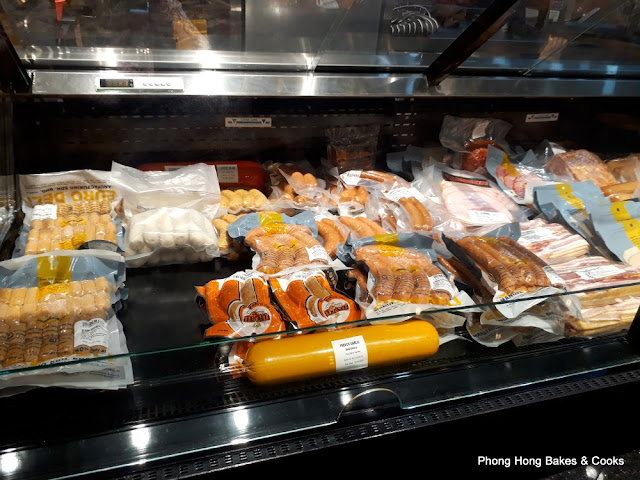 This platter is not out of the ordinary as the sausages are those which you can easily pick up from the supermarket. In fact we spotted these cold meats on display at the front counter. 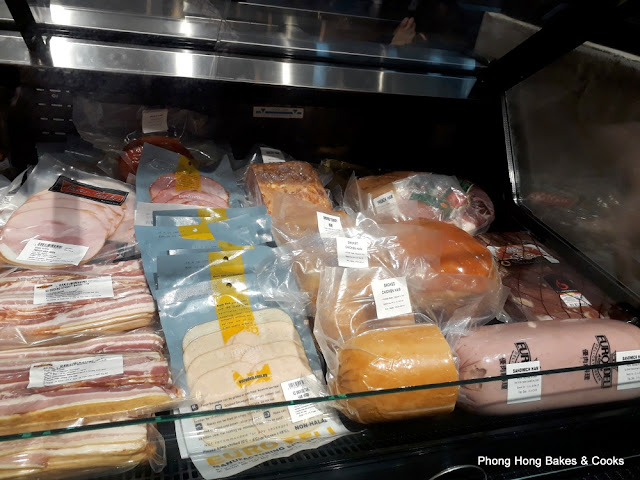 Another dish we ordered was the Caramelised Pork. This is a dish that is best eaten with rice or plain porridge. Maybe it's nice with beer but I wouldn't know. I expected it to have a sweetish taste but it was on the salty side. 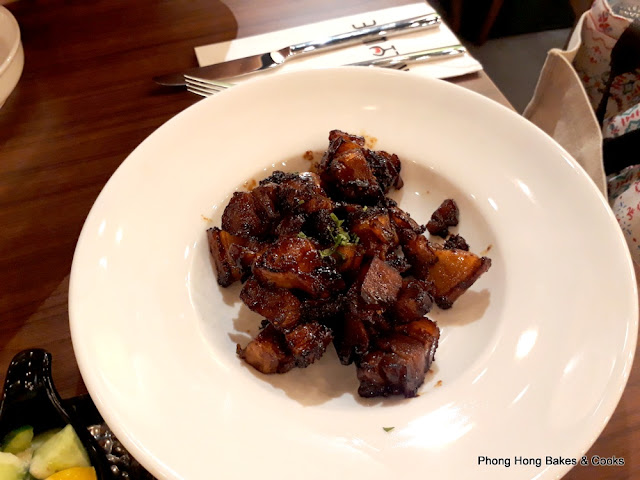 It is something like what my auntie used to cook but her's is loads better than this.

To balance out the meaty dishes, we also ordered a salad. I can't remember the exact name and it's crispy fried squid with cabbage, lettuce and cucumbers with a sesame dressing (I suspect it is the Kewpie roasted sesame dressing). 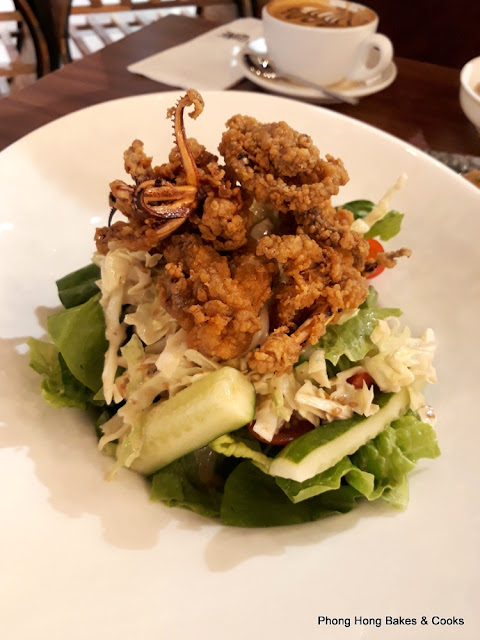 I thought this salad was quite nice as I enjoyed the crispy deep fried squids. 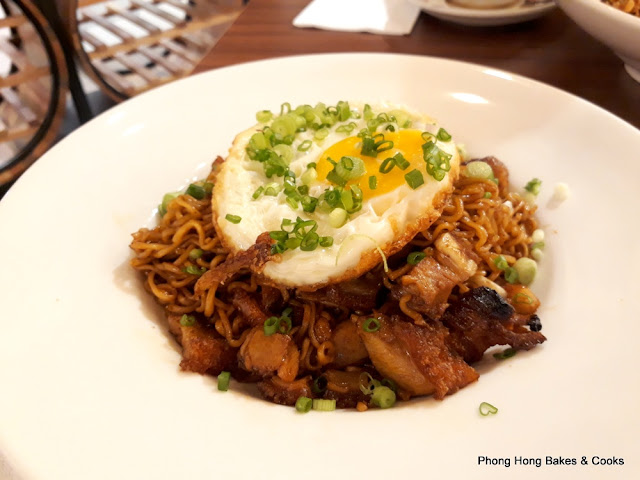 The last dish was Indomie fried with roasted pork. The server came with the dish but he went off again (with the dish) for a while. When he came back, he explained that he went back for the garnishing of spring onions. 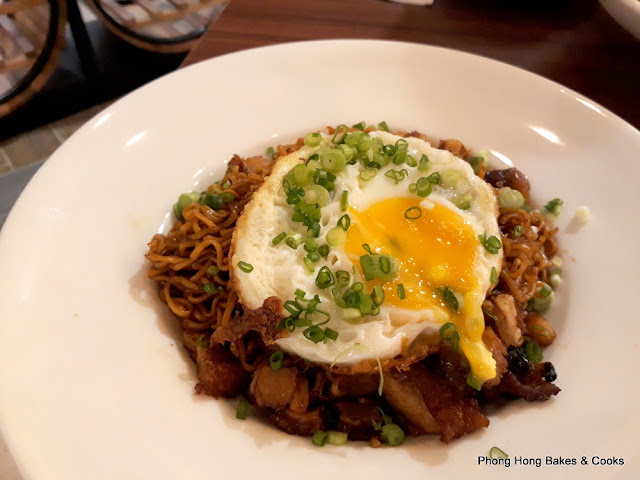 It was alright, though the instant noodles were slightly overcooked. 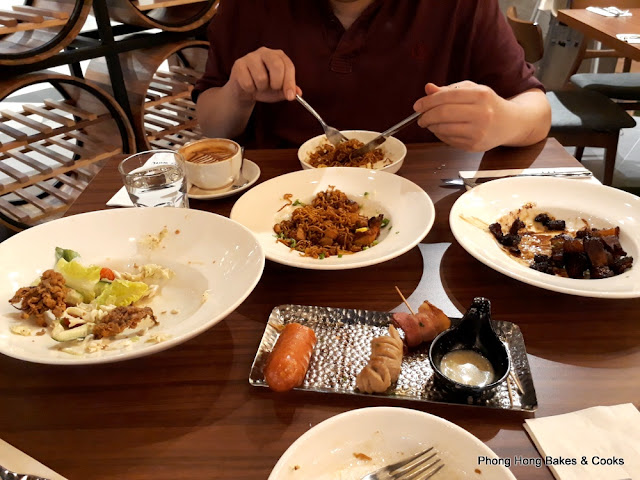 No, we did not manage to polish everything off and the remnants of the sausage platter and caramelized pork made it into my container. 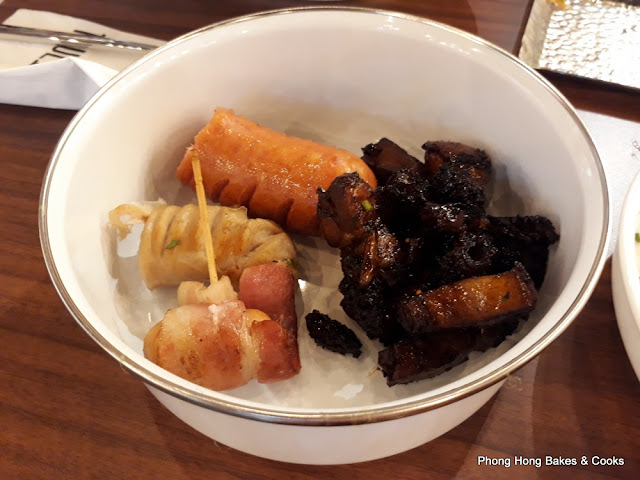 Based on the dishes that we had that evening, the food is not something that would make me rush back anytime soon. But I am glad I had the opportunity to try another eatery at The Starling. 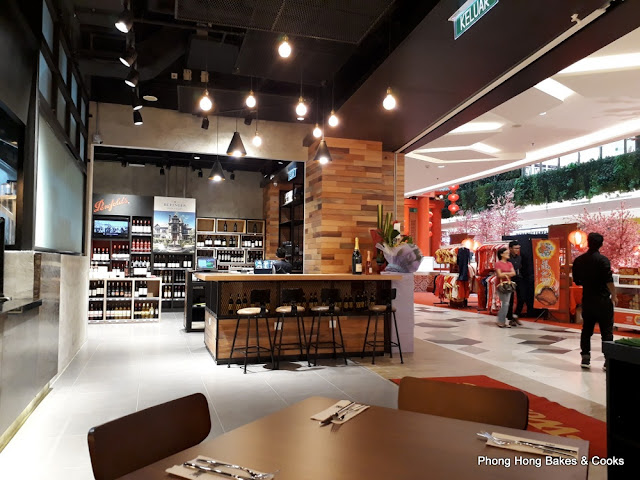