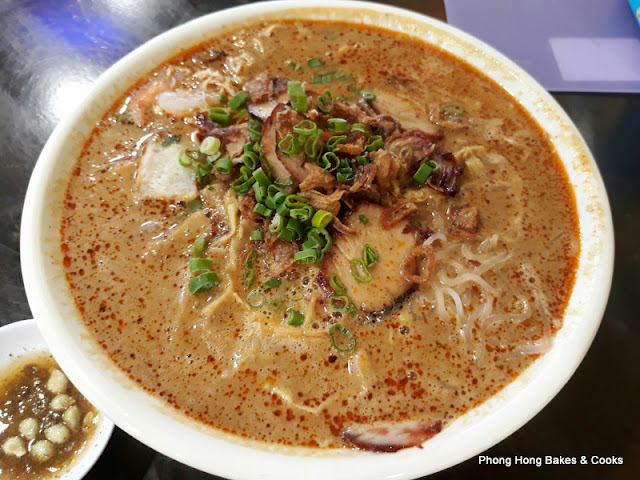 After trying Kampua Mee at SRK Noodle House (CLOSED) I dropped by again. That first Kampua Mee did not impress me but I wasn't going to let that first impression deter me from at least giving the well known East Malaysian noodle another chance. 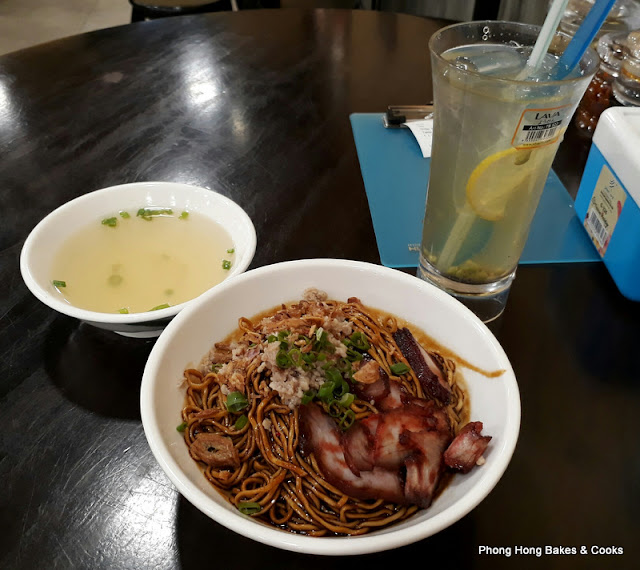 This time I tried the Spicy Black Sauce Kampua Mee. 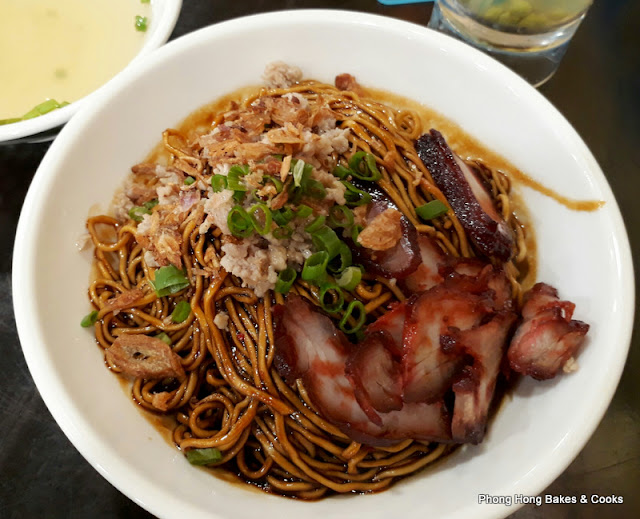 I must say that I liked this one way way better than the first. Perhaps it was the savory black sauce that added more dimension to the flavors compared to the plain version.

So I went in with no expectations, lest I be disappointed. 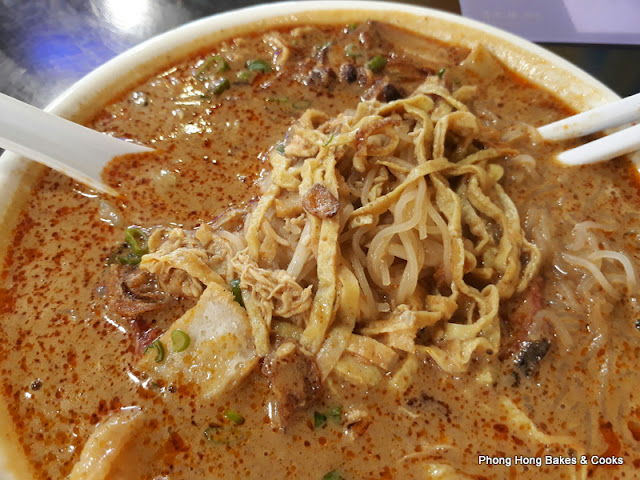 This one is served with char siew, fish cakes and very thinly (so thin!) sliced omelette. No, no poached chicken. For the noodles, you have a choice of either meehoon or kampua mee. I stuck with meehoon of course.

Just in case you were wondering, yes, there were prawns in the laksa. 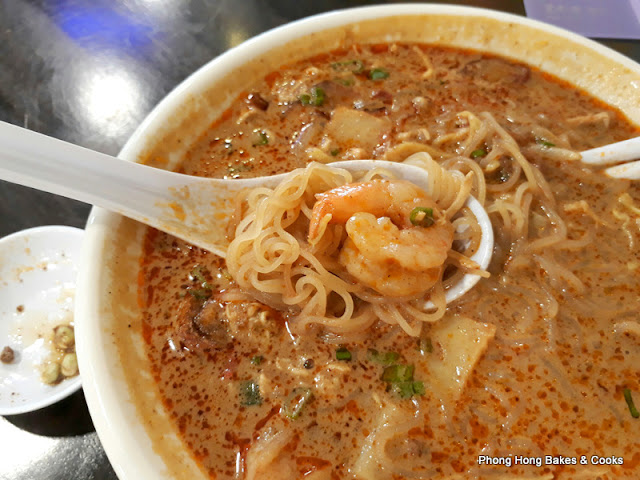 There were three in fact. The prawns were very firm and crunchy. 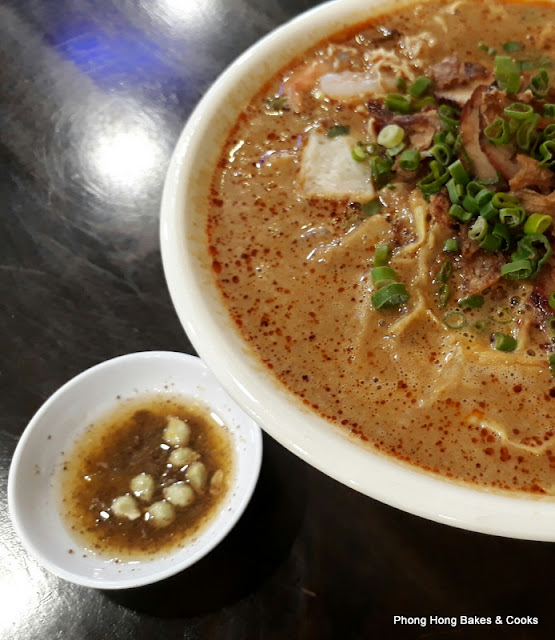 The laksa came with a condiment served in a sauce plate. I was wondering what it was until I tasted and discovered that it was lime juice. Apparently, they squeeze it for you instead of serving you the whole lime.

I thought the laksa was good. Good level of lemak and aromatic with spices. I would definitely return should I have a Sarawak Laksa craving.

This was how much I liked it :) 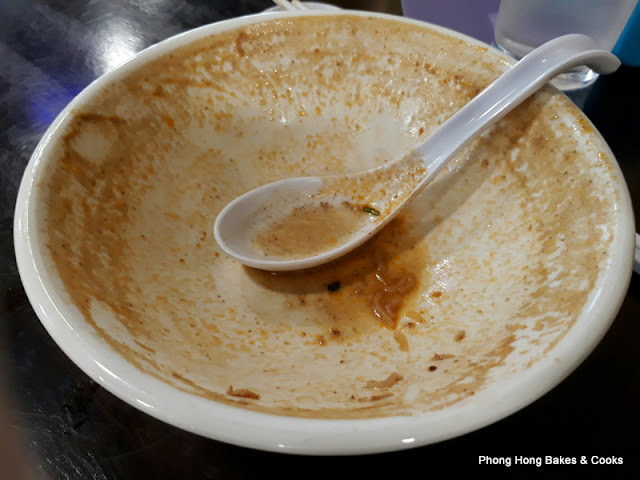