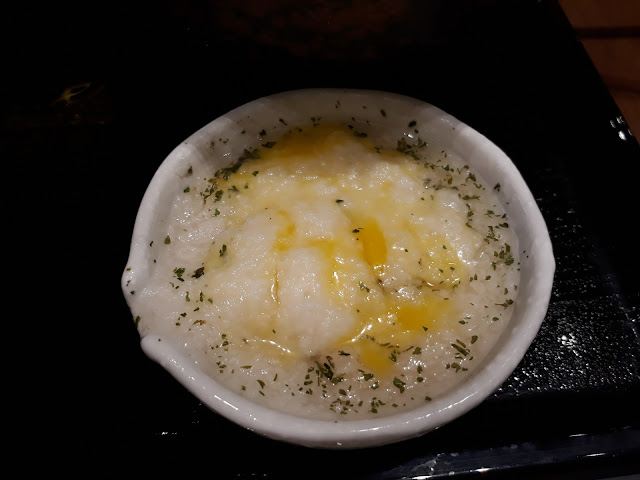 After reading on Mun's post on Tororo Yamaimo, I became very curious. I did see this item on the menu at Mitsuyado Sei-Men when I visited earlier but I was not that adventurous to try this very unfamiliar thing.


So to satisfy my curiosity I dropped by one evening. 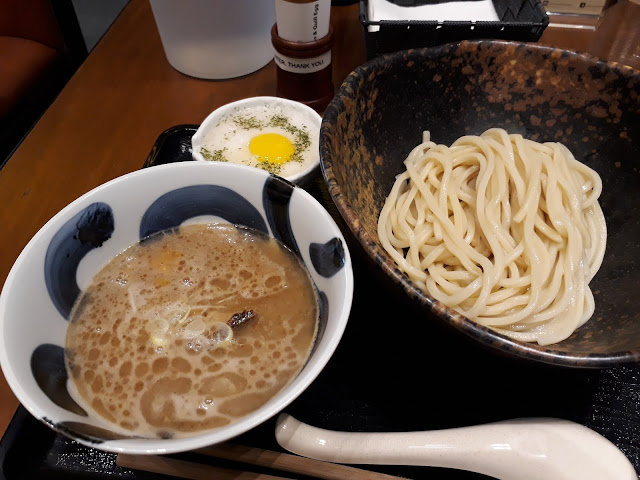 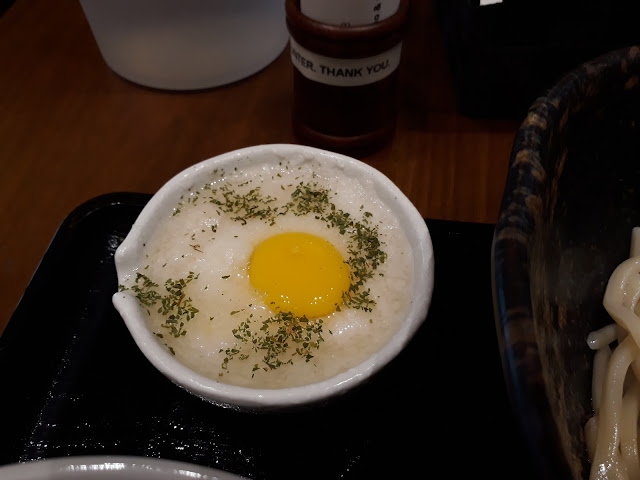 The grated Japanese yam was a gooey paste with a raw quail egg in it. Errrr...is it ok to eat raw egg? I took a leap of faith and stirred the egg yolk into the yam.

Actually how do you eat this? Just use chopsticks and spoon into your mouth? I just proceeded as I saw fit and tasted the concoction.

It wasn't disgusting or anything like that, just slimy and taste wise it was very mild. I would say it had a clean taste, nothing overpowering or remarkable about it.

I enjoyed the noodles and yuzu dipping sauce of course. As for this Tororo Yamaimo & Quill Egg, I won't be having it again hah..hah.. 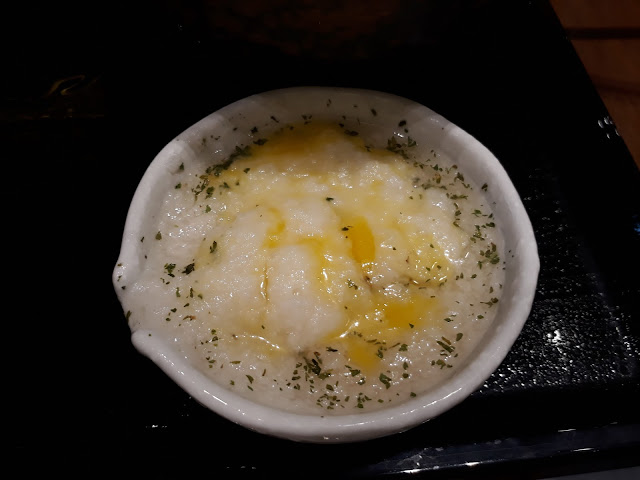