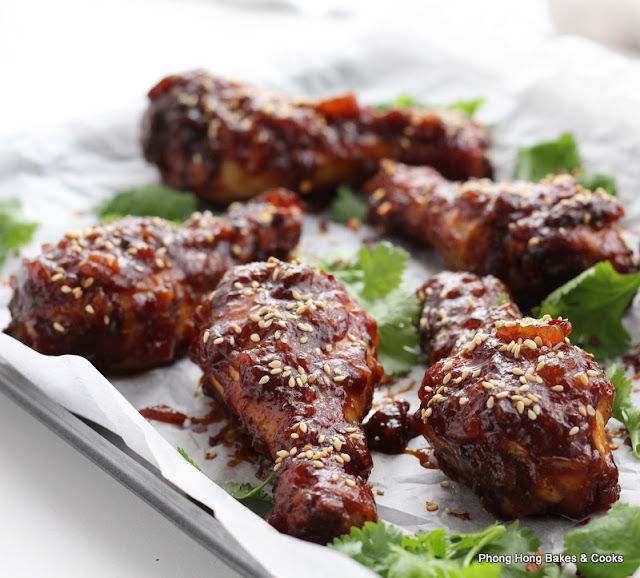 Quite some time ago, I found a Bobby Flay recipe for Asian Spice Rubbed Ribs with Pineapple Ginger BBQ Sauce. The BBQ sauce sounded very exotic, what with pineapple as an ingredient.


The recipe made for a large quantity so I had to make some agak-agak tweaks and modifications. I reckon using half the amounts would work but then again I did not exactly measure my ingredients but made some notes on a piece of paper (which I subsequently misplaced). 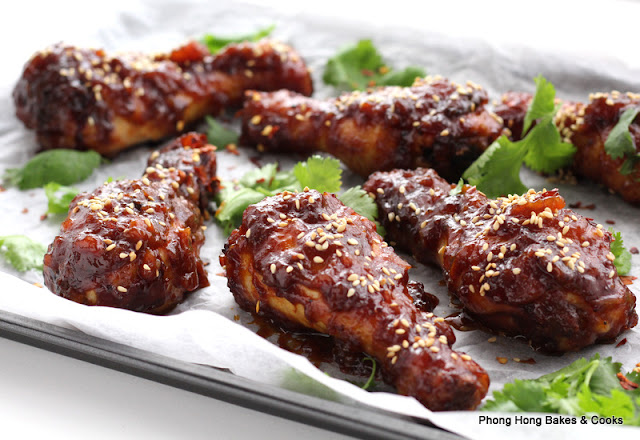 Making the sauce was such a laborious process that I did not have enough time to use it to BBQ anything. So, as I always do, I kept the sauce in the freezer where it sat for a long, long time.

To be honest, I did not do a good job modifying and recipe as the sauce tasted too heavily of hoisin sauce and it was way too sweet. I could not even taste the pineapple. That explained why I was none too excited to use the sauce. 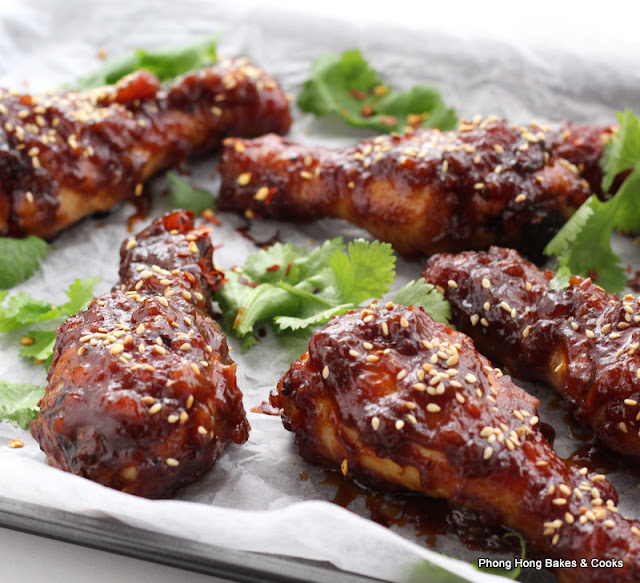 But I had put in so much effort and besides, I had no idea what to do with a packet of chicken drumsticks (yes, they were from the freezer too) and I reckon they could put the frozen BBQ sauce to good use.

So both drumsticks and BBQ sauce were transferred to sit in the fridge overnight to thaw and taken out to room temperature the next day. 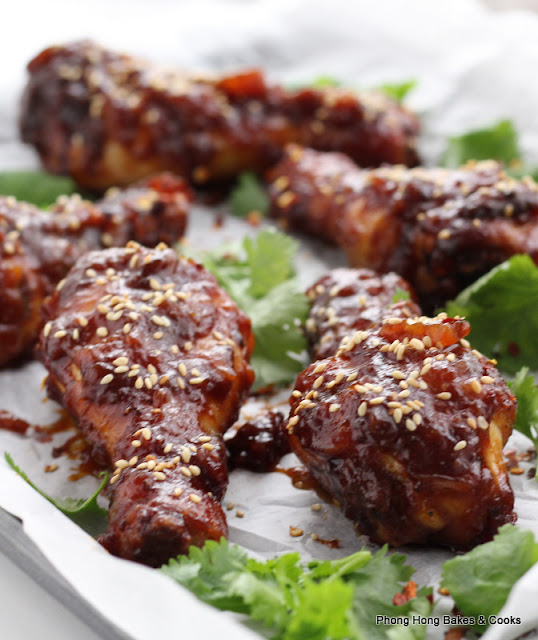 I conveniently had some homemade spice rub sitting in the fridge and these came in handy. After rubbing the drumsticks with the spices, I roasted them in the oven.

After 15 minutes, I dipped each drumstick into the BBQ sauce (I saw Jamie Oliver do that. Monkey see monkey do) and returned them into the oven.

And every 5 minutes, I dipped the drumsticks into the BBQ sauce and continued roasting them until they were done (all in all 30 minutes roasting time). 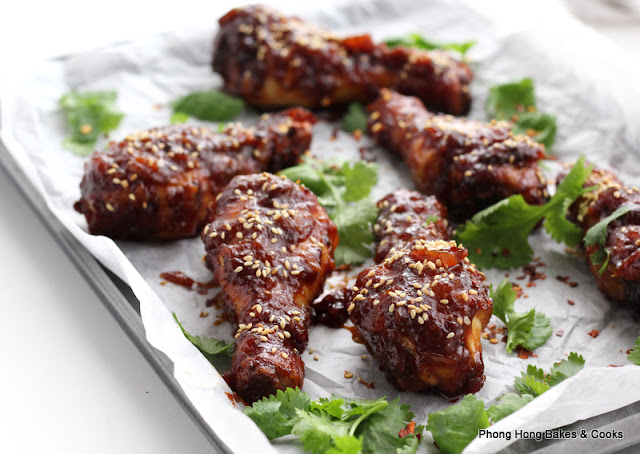 While they were roasting, I toasted some sesame seeds which I later sprinkled onto the drumsticks. Though as I mentioned earlier, the BBQ sauce had too much hoisin sauce and was too sweet for my liking, the moist and juicy drumsticks tasted great especially eaten with coriander leaves.

I guess I will have to revisit the recipe, make better adjustments and come up with a proper modified recipe to share. 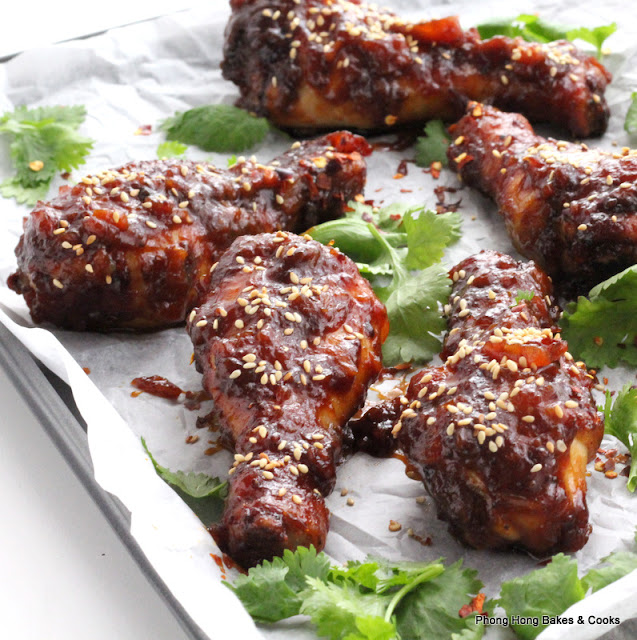