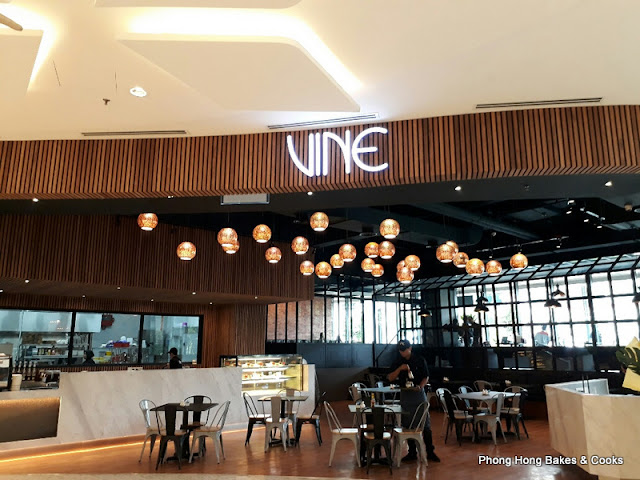 Update : Vine@The Starling has closed down.

One morning my brother dropped by the office. It was only 10:30 am but the two of us went over to a new eatery at The Starling for a bite to eat.


The menu looked promising (I mean the photos were gorgeous) and we decided to give it a go. I am a black-coffee-no-sugar fan, so that's what I had while my brother had his usual latte. 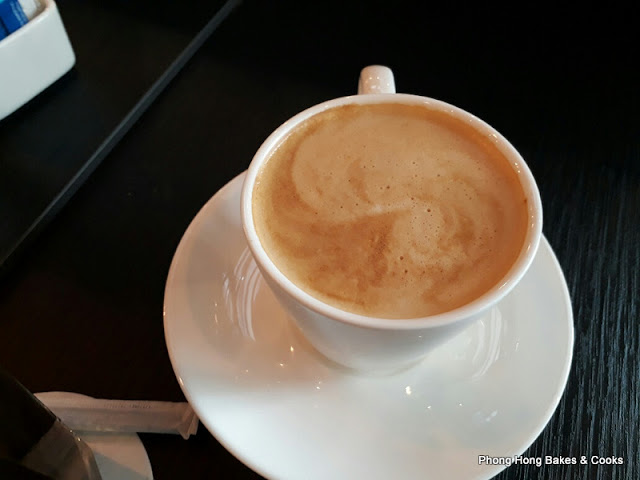 I take it that the barista is not the artsy fartsy type, hence the missing coffee art. My brother had the spaghetti bolognese, serve in a huge plate. I wonder why they do that. It takes up so much space and makes the food look so little. 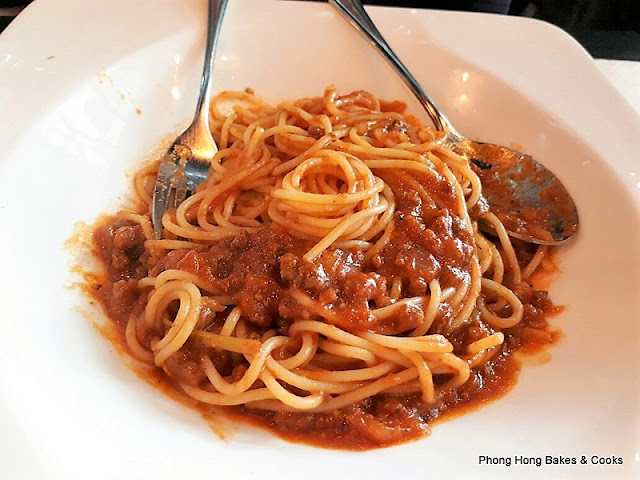 I had a little bit to taste and I thought it was OK. My brother could not resist the nachos, and he ordered it for us to share. 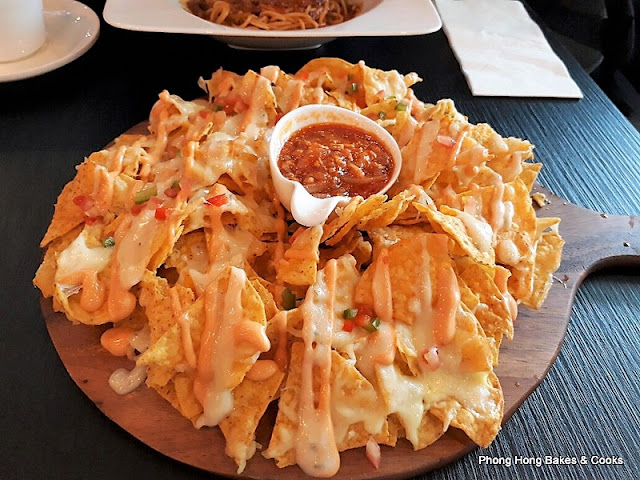 Whoa! This is good for 3 or 4 persons. Definitely a little heavy for brunch but who cares? 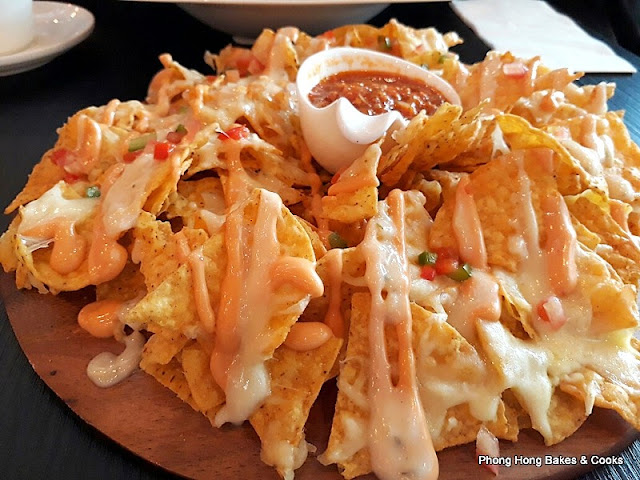 It was very good. The chips were super crispy and crunchy with lots of flavor from the melted cheese. But I had an issue with the darker colored cheese which I suspect is cheese sauce. The smell was too strong for me. But still, I ate and ate and ate. 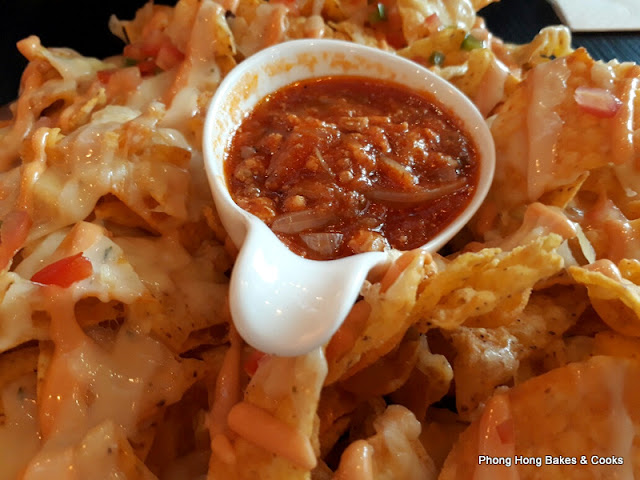 The nachos were served with some sort of sauce. Looks like spaghetti sauce but it's not. My brother was halfway through with his pasta but my chicken sandwich was still not served. 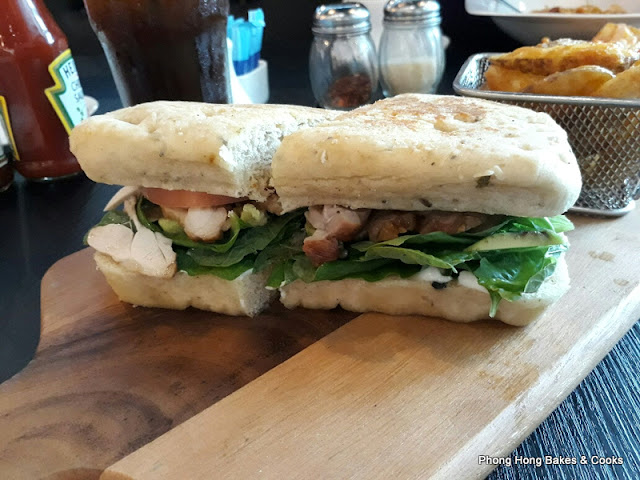 My brother had to prompt the server, after which it quickly came to the table. I suspect that the sandwich was sitting in the kitchen and no one took the initiative to get it served. 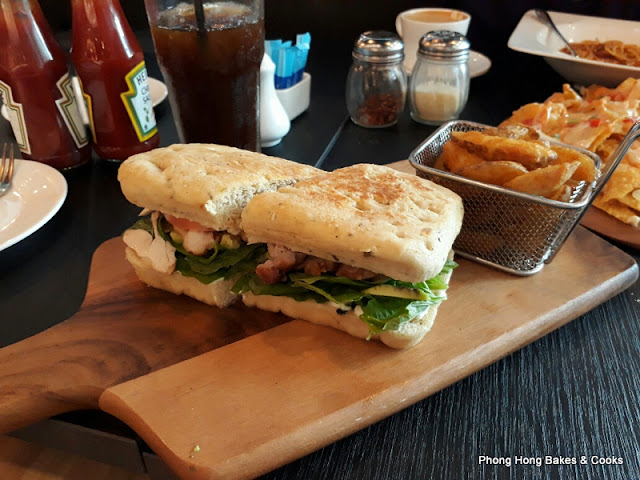 This is supposed to be Cajun chicken served in ciabatta if I remember correctly. 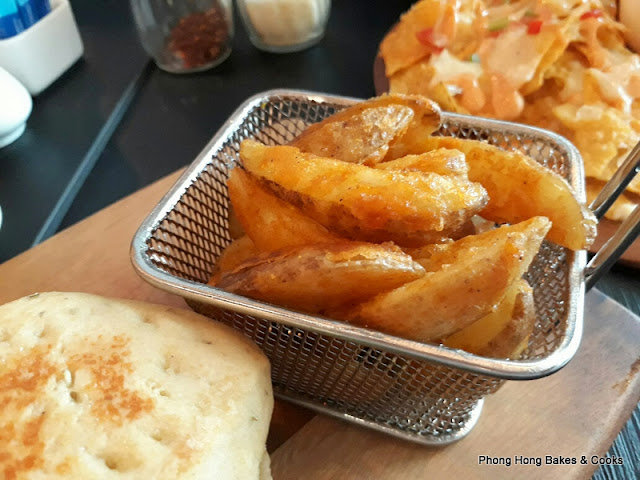 It came with a serving of potato wedges which were already cold (which confirmed my suspicion).. 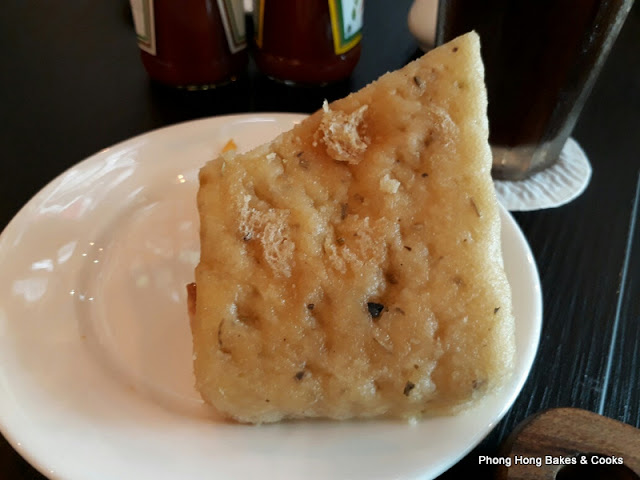 Very unfortunately, my sandwich had a very soggy bottom. And I simply could not eat the bread. 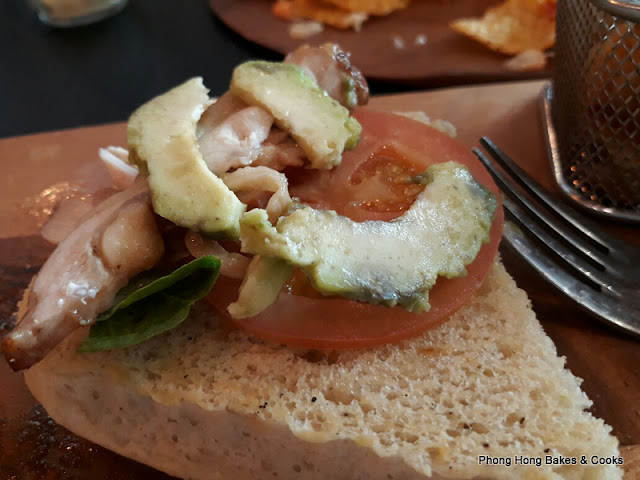 Besides, I was quite stuffed from munching the nachos (which was way tastier than the sandwich). So I discarded the bread and ate only the filing.

The chicken was quite bland and there was some discoloration on the avocado slices. I don't know what salad leaves were used but it had a very green taste, like eating raw sawi/chye sim (mustard green). 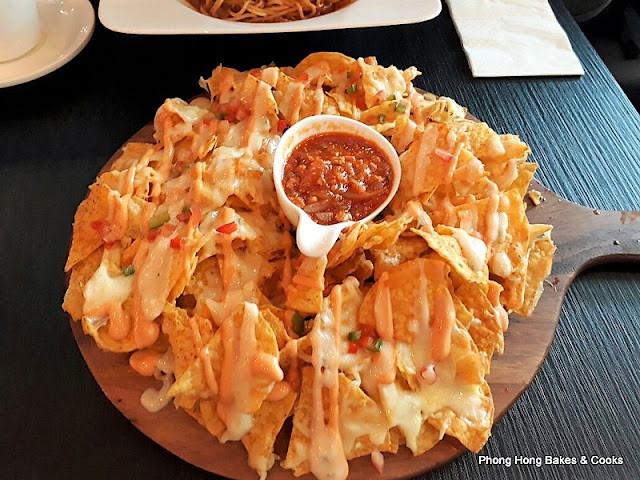 I'm glad my brother ordered the nachos. Or else I would be starving.
Posted by PH at 08:24