I Was A Bad Sister. Bonding@Epicuro Uptown Damansara (CLOSED) 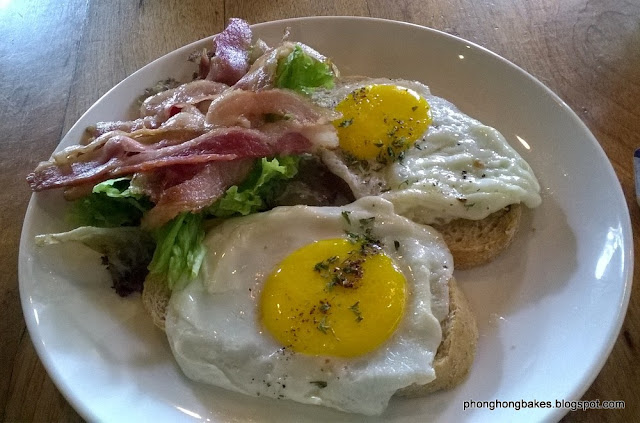 Food. That's how we bond, my brother and I. When we were little, bonding was usually over a spot of masak-masak or kahwin, with the other brother in tow.

You Malaysians know what is masak-masak. Play acting at cooking and eating over toy stoves or whatever seizes your imagination.

We even played restaurant once with my two brothers as customers and me as the waitress. I was waiting for one of them to order ice cream so that I could serve up ice and salad cream. But the older of the two read my mind. Party pooper, that one.

How about kahwin? I used to wrap up the little one in my mum's sarong and make him the bride. My other brother was the designated groom. Not only that, the little teddy bear ended up as their baby. What a hoot! I miss my days as match maker.

I bet kids don't do these gigs anymore. They are now into iPads and whatever it is that modern day kids do.

It was 11:00am on a work day when my brother and I headed to Epicuro. That's what we love to do. Plan brunches, lunches and dinners. Our lives revolves around work and food. How exciting.

It was quiet and we had the whole place to ourselves. We settled on the following : 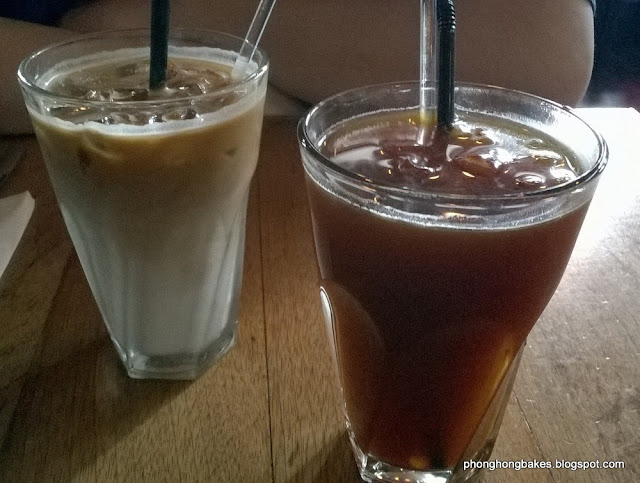 An iced latte for him and an Americano for me. There was hardly any ice in our drinks, which is a good thing, isn't it? 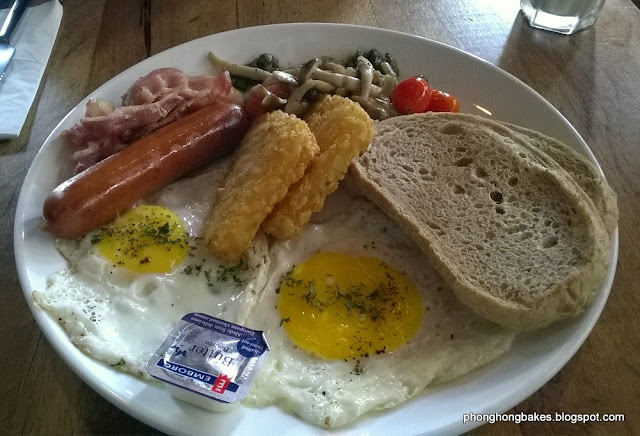 The Big Breakfast with sunny side up eggs for my brother. 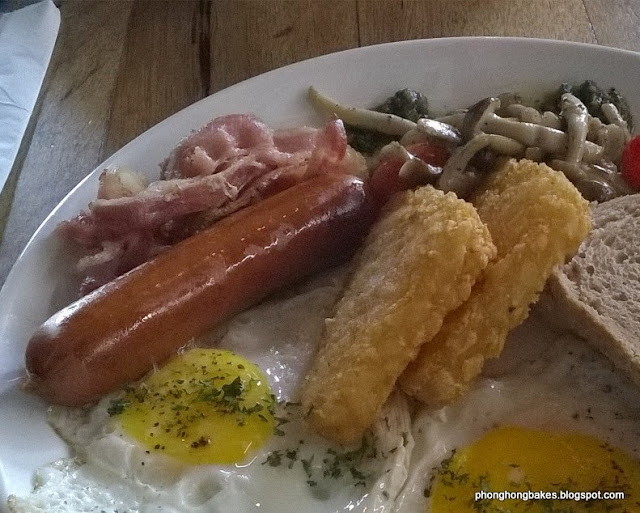 He was raving over the sausage. Very good it seems. The bacon was not as well browned as I would have preferred. And he also loved the sauteed mushrooms. Overall, a very good platter.

I decided to try the Pulled Pork Sandwich. It was a very generous serving. Loads of shredded pork served over lettuce and a buttered baguette. 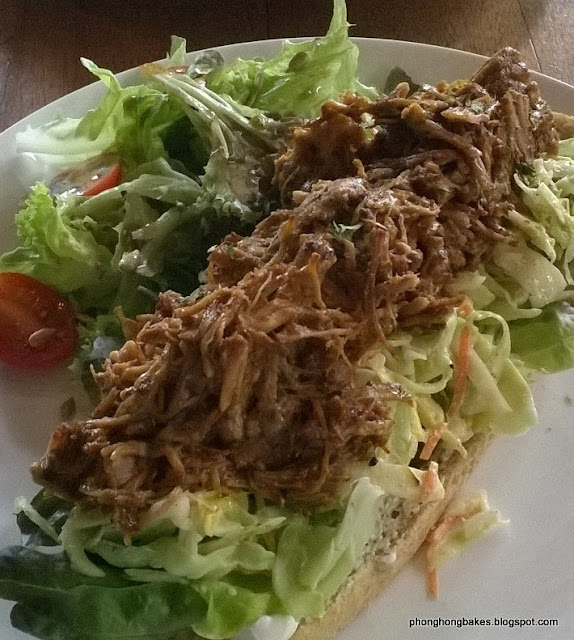 It was not bad. The pork was flavorful enough and the baguette was generously buttered too. But somehow I felt that the butter clashed with the pork.

I think this is just me, I mean, I love butter but not with this sandwich. Mayo would suit me better. But don't take my word for it. Try this yourself. 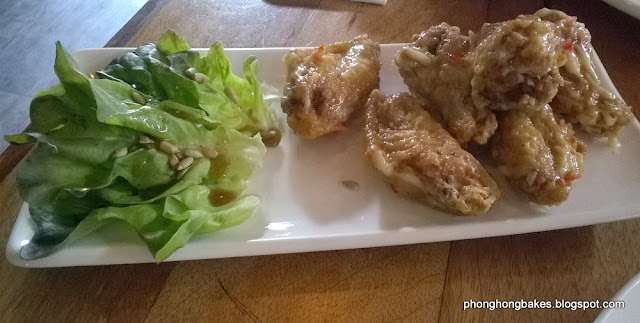 Is it too early for chicken wings? Never mind, we made an order for the Hot Wings. It came to the table when we were almost done with our mains. So this was our dessert. 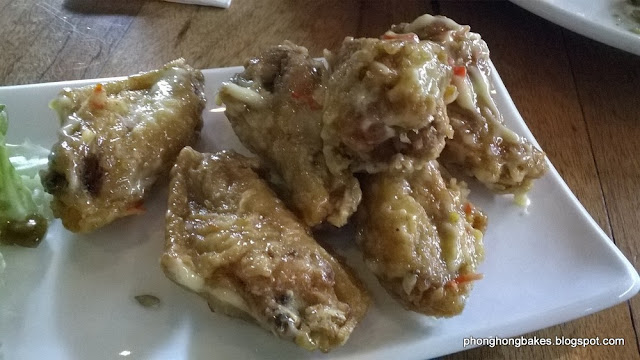 Three little wings perfectly seasoned and fried. They were separated into drumettes and wingettes and tossed in mayonnaise (I think) and sliced chillies. Delicious! 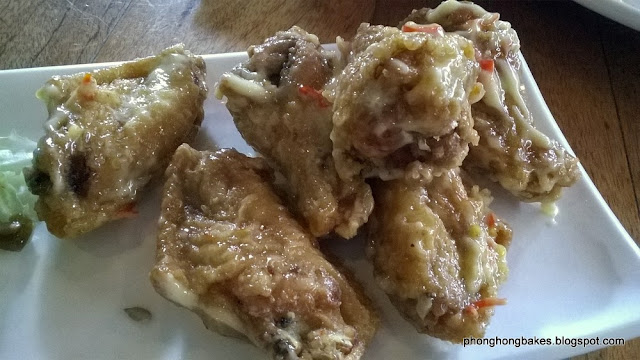 Besides I have to atone for my past transgressions of making him a child bride. 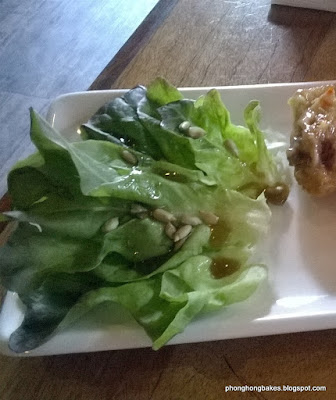 But I walloped all the greens without offering him any. Tsk! 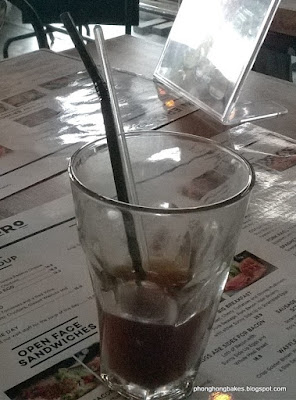 We did brunch again the following week. 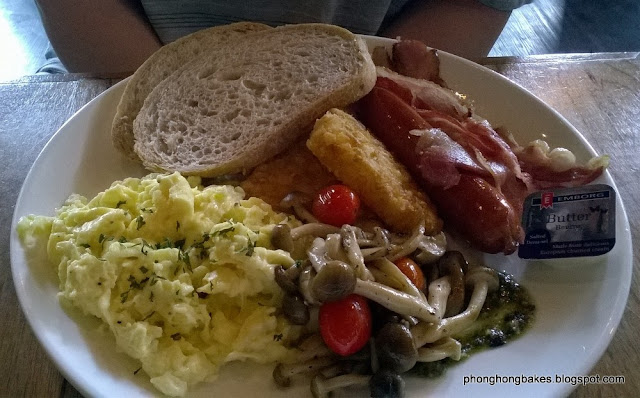 The Big Breakfast again for him. This time with scrambled eggs. 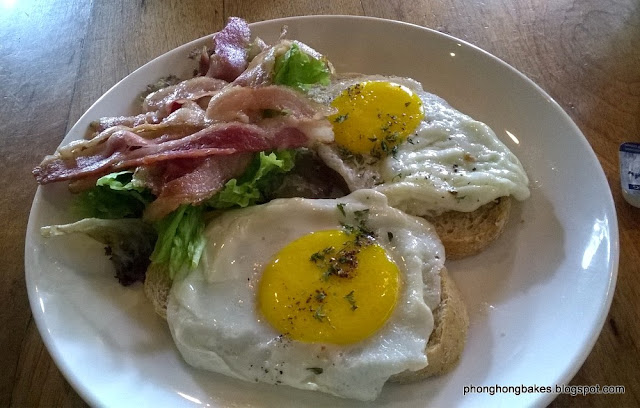 Is that gorgeous or what? This is more fun than masak-masak. 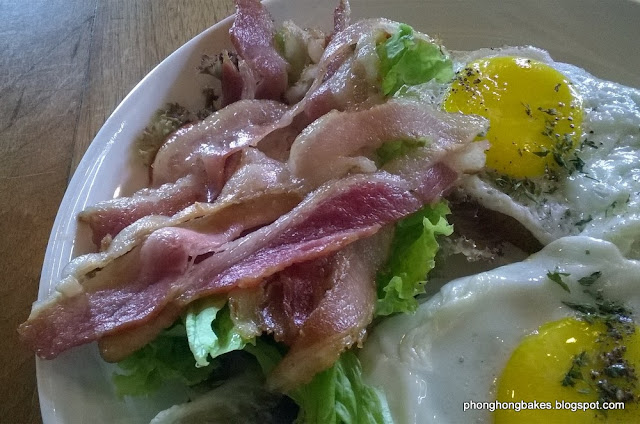