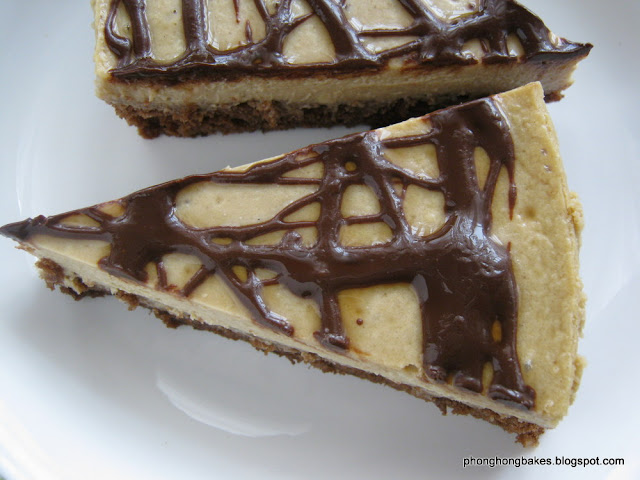 Sometimes. It's supposed to be relaxing but sometimes it's not. This is the cheesecake I baked using the excess cheesecake filling from the Mini Coffee Cheesecakes. I was running late and because of the excess filling, I had to bake another cake. So this one was baked in a hurry, rather reluctantly at that >.<


Fortunately, I had one half of a chocolate spongecake to use as the base. That saved me a whole lot of trouble from having to crush some biscuits and melt some butter for the base. If I had to do all that, I would have gone bonkers! LOL! 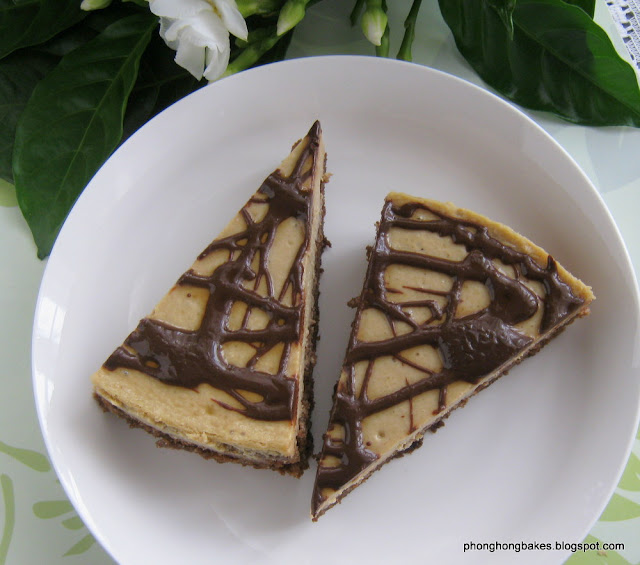 In my haste, I neglected to grease the cake pan, resulting in difficulty unmoulding the cake. Haiz.... Truth be told, I wanted to toss the excess filling into the bin but prudence prevented me from doing so. 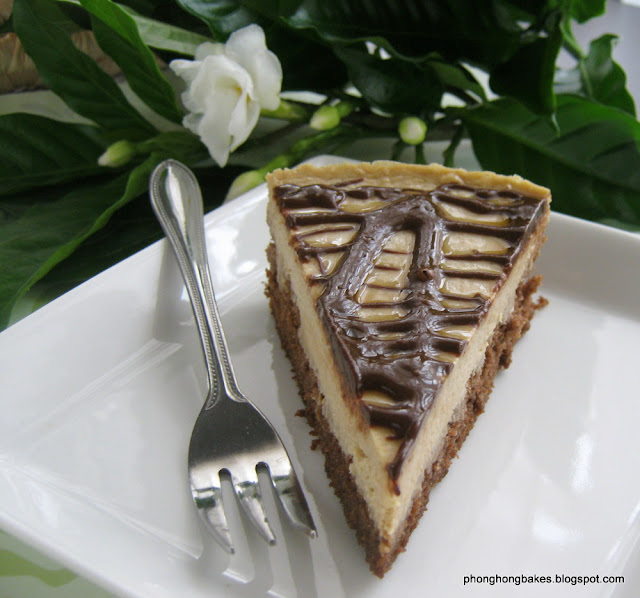 I'm glad this cake came into being because it was pretty good. It went well with the chocolate spongecake and the taste was further enhanced by my ganache scribbles. 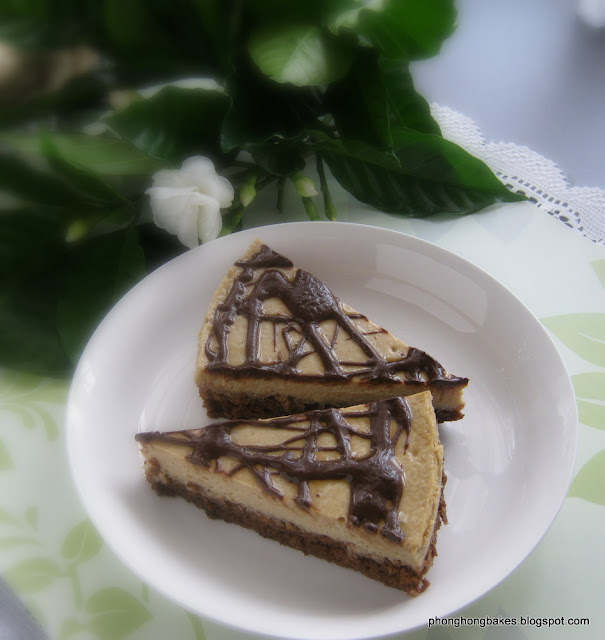