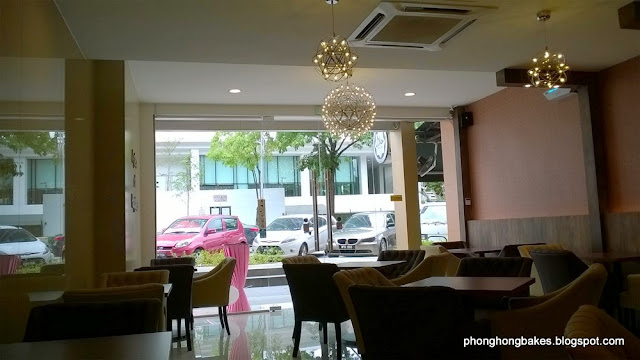 It was a Saturday and my brother and I had just had lunch at Capital Nasi Dagang Kelantan. He had the Ultimate Nasi Dagang while I had the Nasi Kerabu topped up with Ayam Percik. And yet, we were still peckish after we were done. So.

We took a little walk and found ourselves at Molten Chocolate Cafe. Yes, that very same place where I had Brownies for lunch.

Since we are such gluttons, we could not share just one dessert. We had to have two.

We picked the Molten Lava Cake and could not decide between the Mini Brownies or the Churros. Since we were already having a chocolate cake, we reckoned that Churros would be a better choice. 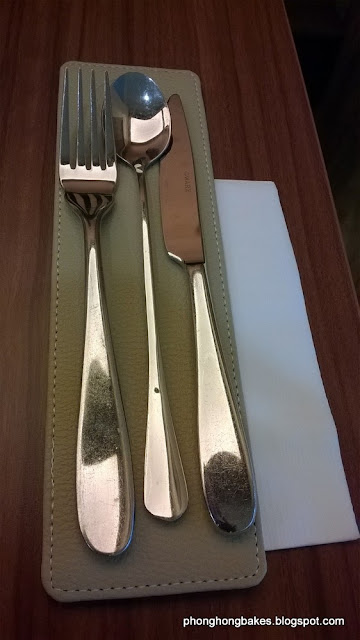 For drinks, my brother had the Coffee Shake. I tried a bit. It was very nice. 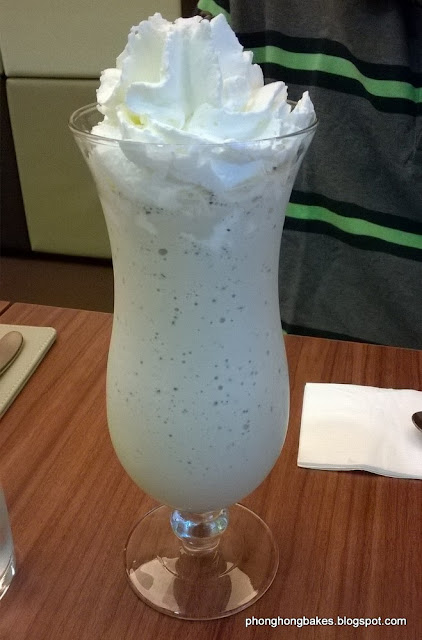 I stuck to mineral water. 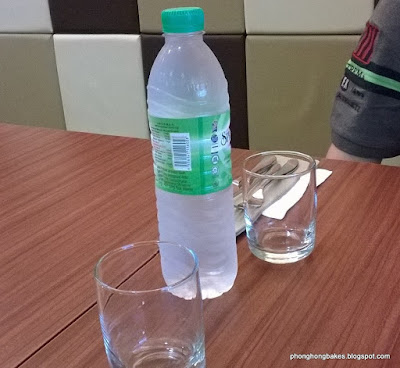 We were informed that the Churros would take some 15 minutes because it was prepared from scratch. It was fine, since we were in no hurry. Besides, we got busy with this one first. 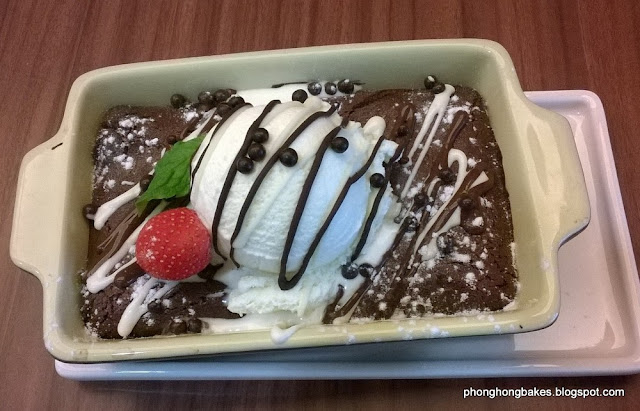 The Molten Lava Cake. Not the usual cupcake sized one but this is baked in a ceramic dish, topped with a scoop of vanilla ice cream. 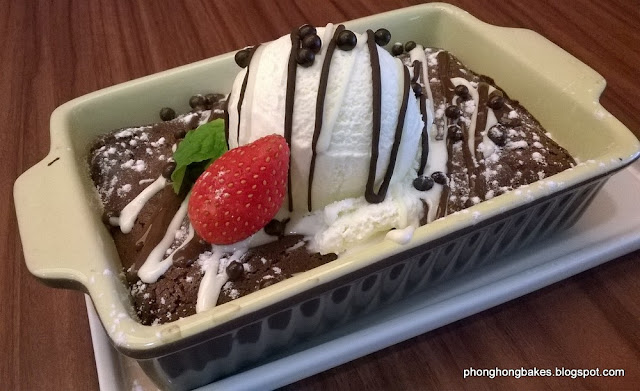 What a beauty! We dug right in, being careful not to burn our tongues. 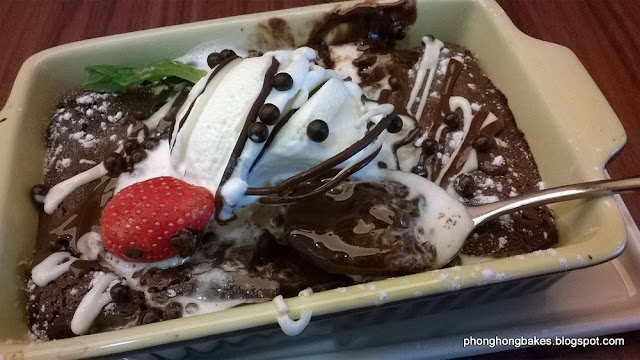 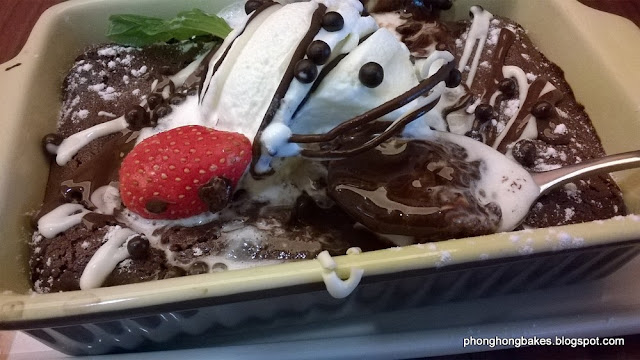 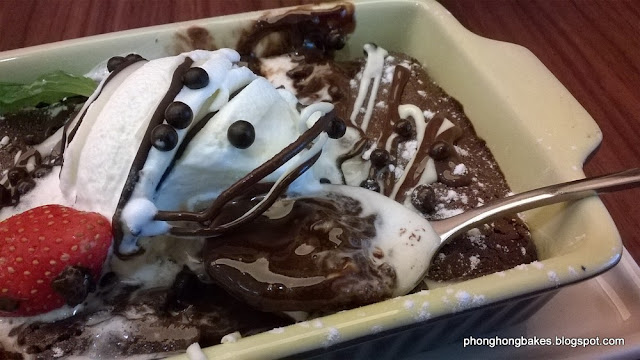 Totally demolished. This was pure heaven. Along the way, we made a mess. 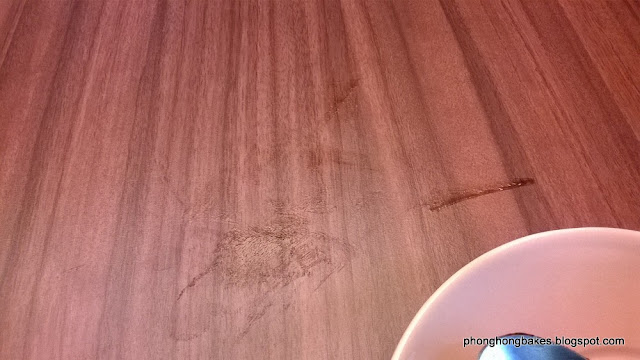 At such a posh looking place too. Jakuns! 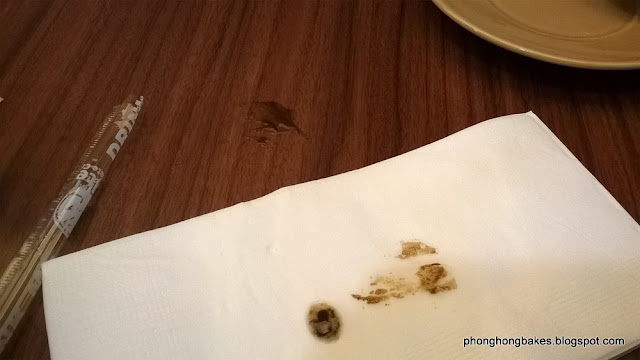 Then our Amazing Churros Set was delivered. 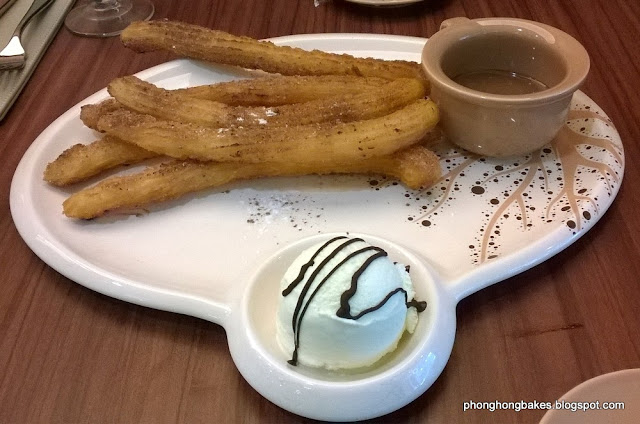 Six freshly made piping hot Churros served with a scoop of Vanilla Ice Cream and Melted Milk Chocolate (we had a choice of white, milk or dark chocolate). 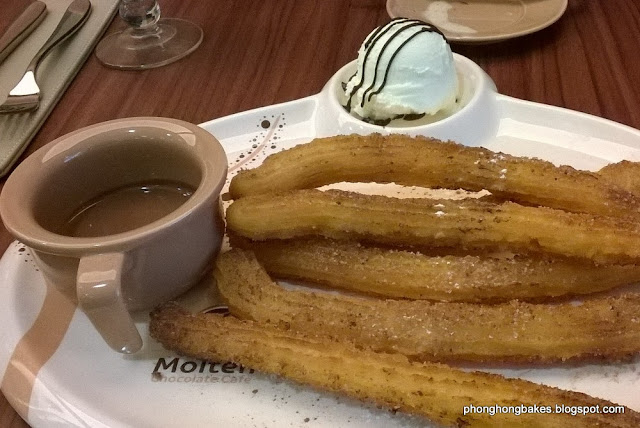 We took one each, dipped it into the chocolate and chomped. Wow. It was amazing. Crispy on the outside and soft at the center. These were better than the ones we had at El Cerdo some years ago. The Churros were coated in cinnamon sugar and they were outstanding. Seeing that they were so good, I immediately demarcated our portions. Two for you and two for me. Muahahahaha!!

We took a peek at the counter and noticed three chocolate fountains. 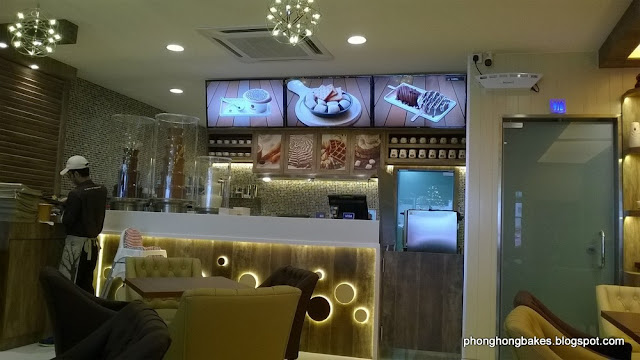 I guess that is where the melted dark, milk and white chocolate came from. 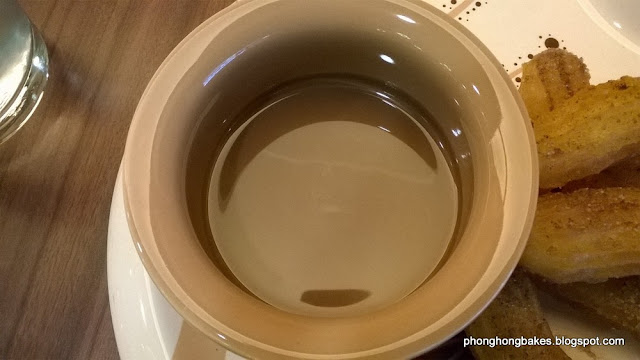 While we were enjoying the Churros, we kind of felt so jolly. Euphoric. Delirious. Giggly.

If you want to see how delirious we were, check out this video and see how David reacts to his Nutella Cake at 2:48. That was exactly how it was for us.


Well, I can't say that this is a place that we would drop by often. The desserts are decadent and indulgent and that's not something to eat every other day, though I actually don't mind hah..hah..hah.. 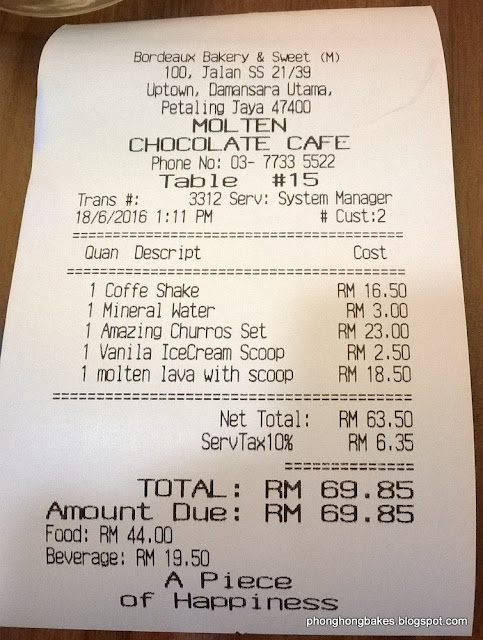