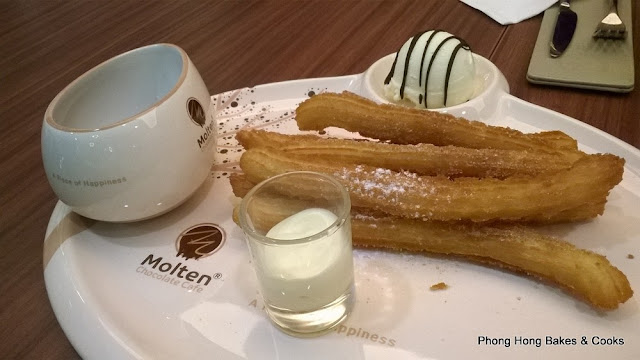 What? Isn't your birthday over? Celebrating like a sultan?? heh..heh..heh... There are three phases to my birthday celebration - solo, with my partner and with my brother. How's that for an excuse to eat?


Before end of September, my brother and I had dinner. Our other agenda (besides the big sis' birthday) was to redeem our Molten Chocolate Cafe voucher.

But first, a proper dinner. We reminded ourselves not to order too much food so as to reserve stomach space for desserts.

At 6:00pm we stepped into Superthai (CLOSED). The server appeared flustered (perhaps we were too early) and I reckon she recognized us as the people who sent back their perfectly fine Thai Coffee, alleging that it tasted funny. 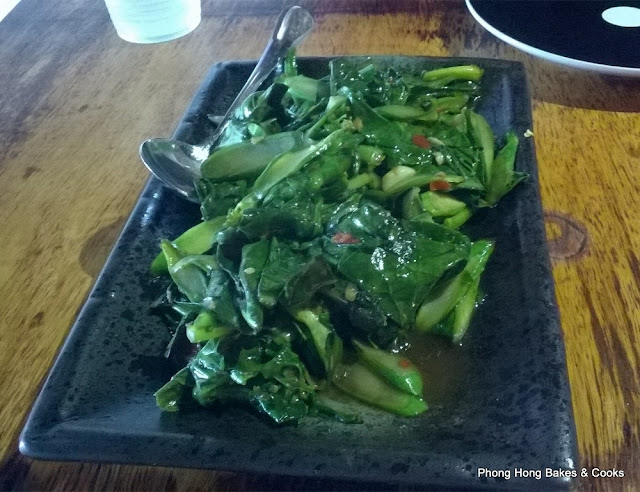 Our first dish, the Kailan Stir Fried with Tom Yum paste. I'm afraid this failed to impress. I could not taste any tom yum and the kai lan was bitter. 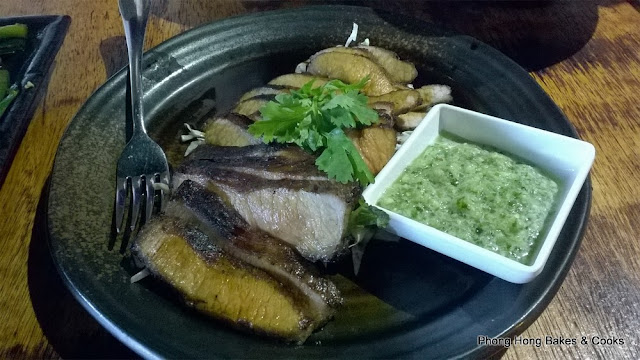 The Flame Grilled Pork Neck was excellent. Moist and tender, delicious eaten with the green sauce. But that evening the sauce was not as punchy and garlicky. 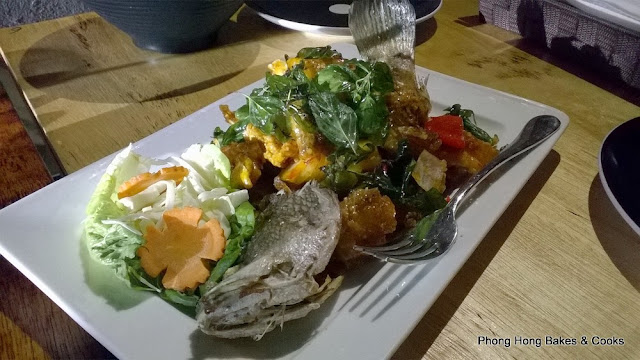 Our final dish, the Dancing Fish Sweet and Sour Gravy, was the best of the lot. The meat was already filleted and deep fried (though you still have to watch out for bones). 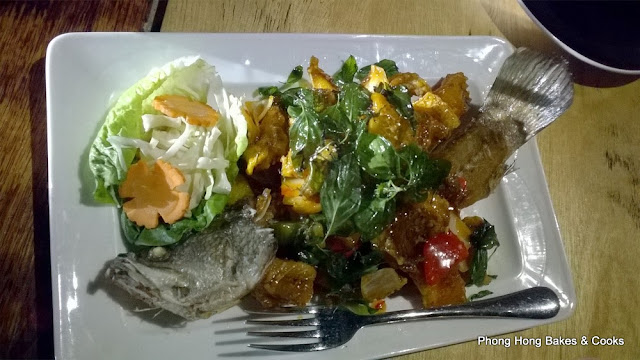 The sweet and sour gravy had strong hints of Thai Chili sauce and this portion of fish was more than ample for the two of us.

We also ordered a Tom Yum soup to share.

Once we were done, off we went to our next destination. When we presented our voucher (30% off), we were informed that the deal is only good between 12:00pm and 6:00pm. Drat! I failed to notice the fine print.

However, the server informed us that we could still redeem the free Waffle Stick even though the same conditions apply. 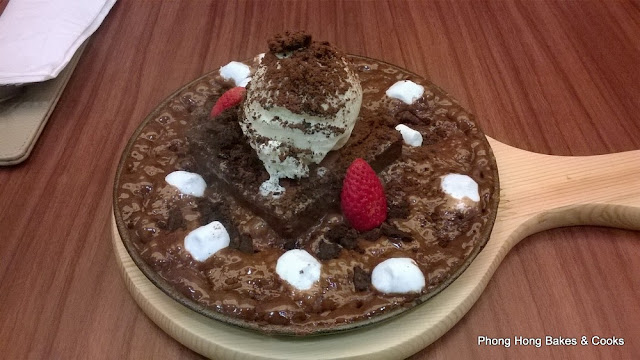 This Sizzling Brownie was good but not as great as the first time I had it. Though the surrounding chocolate sauce was boiling away, the brownie was cool to the touch. And there was a burnt smell. Yes, they burnt the chocolate. 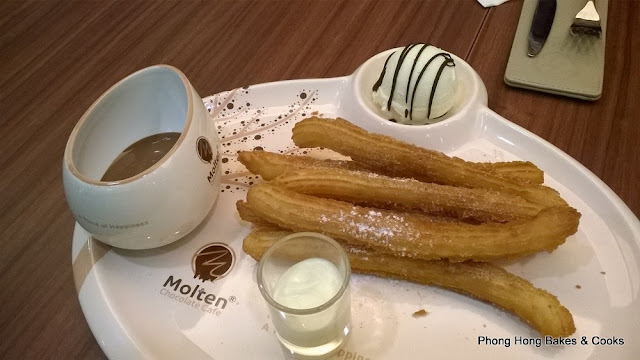 Churros, my brother's favorite. When it was served, the Churros were no longer warm. But thankfully, they were still crispy. 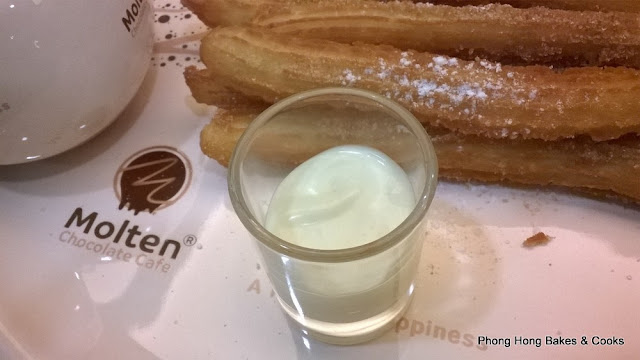 Besides the melted milk chocolate, the churros came with a cream cheese sauce which we mistook for white chocolate. 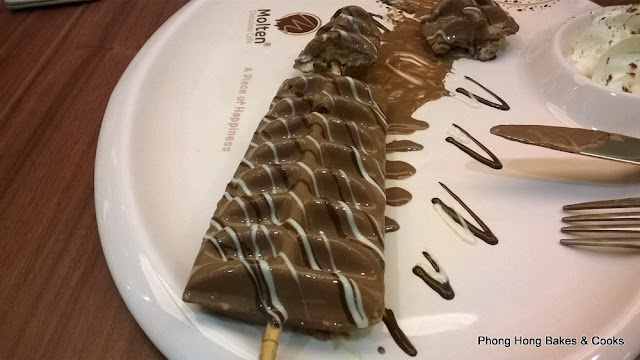 The complimentary Waffle Stick was quite nice. The waffle was airy and crunchy and I thought it had a mild taste of cheese.

We were very stuffed by then. I guess we over did it. I was quite disappointed with the brownie and churros. It appears to me that standards have dropped. We will give this place a miss for a few months before we come back again.

And with this post, my birthday eating frenzy comes to an end. 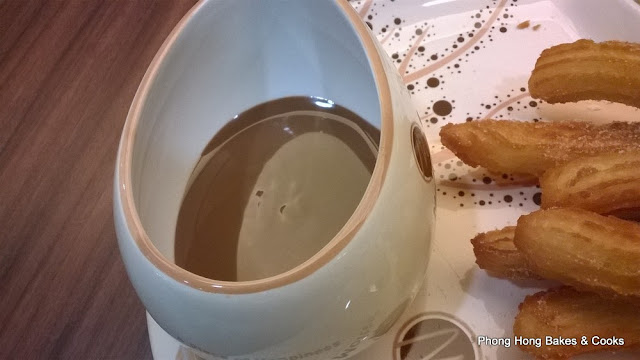